As we've noted before on this site, Warner Bros. Discovery is in a bit of a pickle of their own making. The new leadership team have been axing projects left and right, eliminating back catalog shows, and doing whatever they can to shave $3 Bil from the company's costs, and most of that has come out of HBO's hide. A number of shows people anticipated have been axed, and the fear for many was that even beloved showed, critically praised shows, could be next on the list. How would programs like Harley Quinn fare under the new regime? 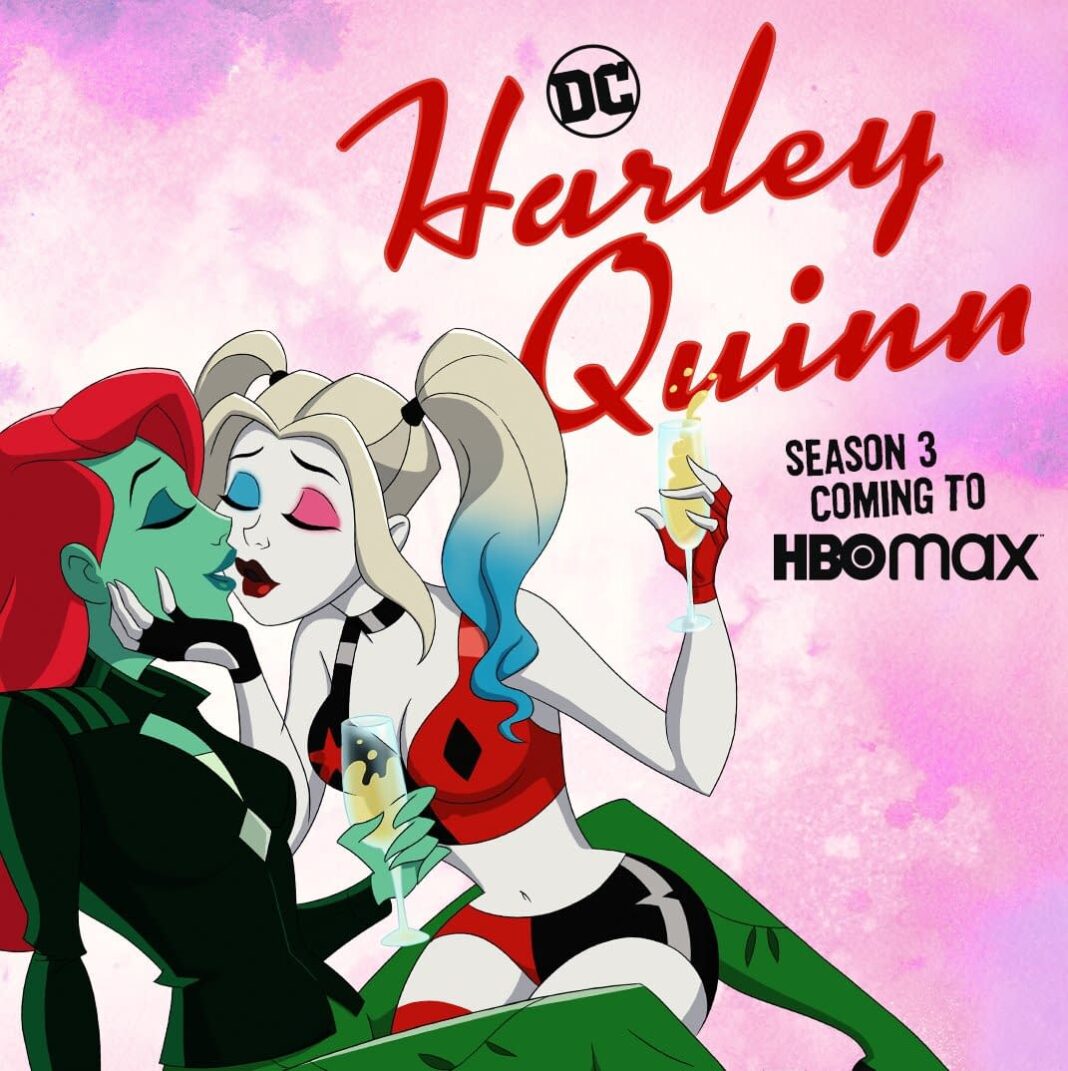 Thankfully, on that front, an announcement has already been made that the series, which just finished up its third season run, is going to get at least a fourth as well. With that stress reduced it's allowed fans to sit back and enjoy this season without fear that it would be the last. That's great since this season does a lot of solid work but doesn't really leave the characters -- Harley, Poison Ivy, King Shark, Clayface, and the Bat Family -- in a position you would consider "done and closed". Had this been the last season it would have felt like a real bummer to miss out on a lot of future potential.

This season is really about growth and change... but then, most of the seasons of Harley Quinn have been about that, in one way or another. Since the first season, when Harley broke up with the Joker (for real this time, no take backs), the Clown Princess has been on an emotional journey trying to find herself and who she wants to be. Last season she eventually ended up with Poison Ivy ("BFFGFFs") and this season takes the time to explore what their relationship means to each other, especially since one is a reformed homicidal maniac who loves carnage and chaos and the other is a scientist hell-bent on creating a new Eden across the globe (to stop the destruction of mankind).

Along with this, though, we get deep into Bruce Wayne, the troubled billionaire playboy who fights crime at night to avenge the death of his parents. Bruce's story, in a way, mirrors Harley's; he's in love with a woman from the "other side of the tracks" (i.e., a criminal while he's a hero) as he struggles to figure out who he really wants to be. The fact is, though, that as Harley builds herself up, finding the freedom to be her own person and not defined by her relationship, Bruce watches his life fall apart as he spirals. To save Gotham, then, Harley won't just have to fight whatever plan Ivy has for Eden (if and when it gets out of control) but also help Bruce in the process.

Harley Quinn is a show with a very bent perspective on the DC Universe. It's been willing to say and do things and go places that other shows wouldn't. The break up with Joker followed the same path as Birds of Prey, but it then took the little sociopath in a different direction, finding a team of reject villains for her to work with and redefining each of them in new ways, like Clayface the wannabe actor or King Shark the nebbish tech-nerd. That skewed perspective on the DCU then allowed to show to go off in other weird directions, like letting the Joker become a family man, or having Batman be a dork lost in his own power fantasy. 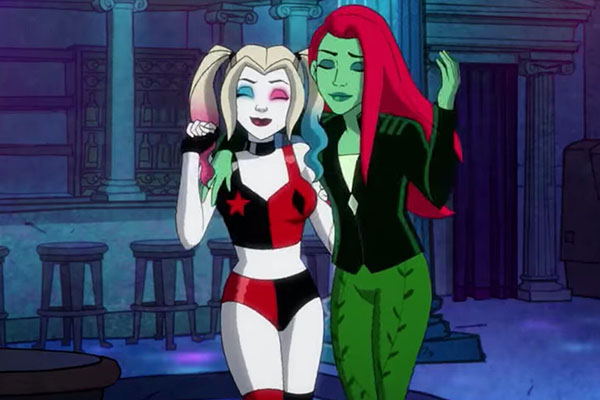 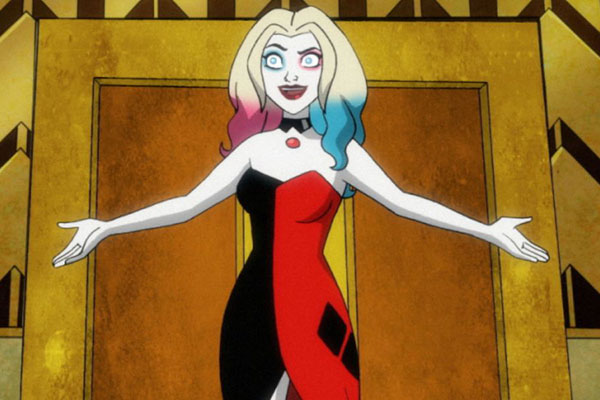 What's important, though, is that the show didn't just use these new versions of the characters for laughs (although it mined plenty of those), it also used them as ways to explore the characters and let them grow. Harley has steadily gotten back in touch with the doctor side of her, not just treating her own mental illness (although there's been plenty of time on the show as she's deprogrammed herself after her time with Joker) but then finding ways to use her psychiatric knowledge to help others. That's where Bruce comes in as he's a damaged person (probably even more so than Harley) and this season we get to see her help him work through some of his trauma. Who knows, maybe in the future she can make him whole.

The key aspect of the series, though, is the relationship between Harley and Poison Ivy (aka "HarlIvy"). We've seen these two grow from best friends to more over the course of the first two seasons, and now we can see how they handle being in a serious relationship together. In the face these two couldn't be more opposite as Harley comes off as an easily distractable maniac with ADHD whereas Ivy could sit for hours in a lab tinkering with chemicals. There are plenty of times where the show illustrates Harley getting on Ivy's nerves simply by being her manic self.

What's important, though, is that any time the two have a fight they then talk their way through it. The show allows these two to have open lines of communication; when something is bothering them they don't bottle it up, or just expect the other person to realize what's going on, they talk. This leads to more than a few scenes of the two of them actually talking through their issues, growing their relationship. It illustrates a healthy relationship, one that isn't often seen on TV, especially not in comedies.

Think about how many times we've seen sitcoms where the big issues are caused by a lack of communication. The TV dad goes off and does something stupid while the TV mom gets judgmental and yells. For starters, each of them should have known who they were marrying. They also should have been able to talking things through when they got made instead of bottling it up and having a big fight (at the climax of the episode) only to do it all again the next episode. That's what works about Harley ad Ivy here: they both know who they're with and even what they sometimes get annoyed by the other person they recognize this is part of who they love. And then they talk it out. 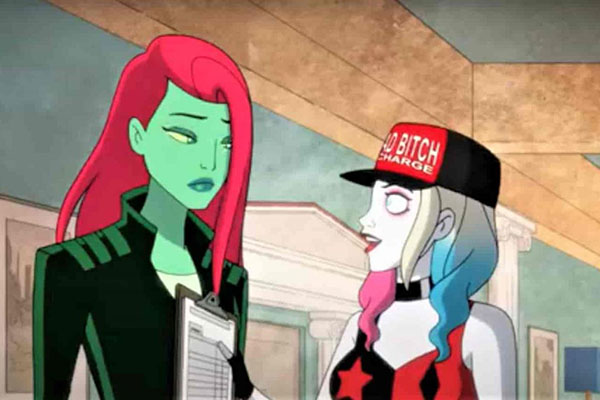 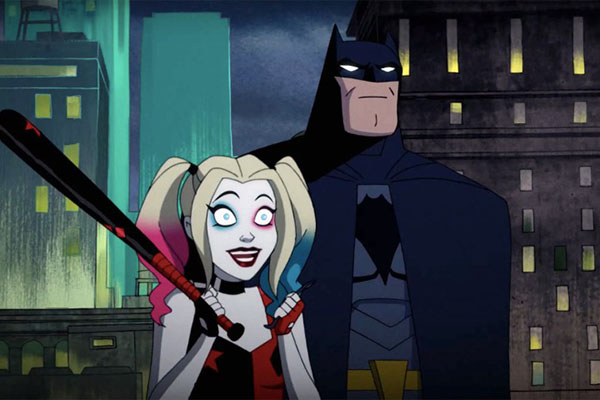 Relationship aspects don't downplay the chaos of Harley Quinn; it's just as violent, bloody, and hilarious as in the past seasons. What this season does is grow the characters, and the relationships between them, to push them forward and give growth. That's another thing you don't get in a traditional sitcom: growth. Audiences expect the characters to remain the same, episode to episode, so they can tune in at any point and know who they're watching. Harley Quinn is a comedy first and foremost but it is anything but traditional, and huge strength for the show.

By the end of the season Harley ends up in a new place she couldn't have anticipated at the beginning, maybe even looking forward to a life as a hero (or at least someone a little less prone to wanton violence and murder). She's in a completely different place from where she was two seasons back, and I look forward to seeing where the show can take her, and all her friends, going forward.