Plotlines Converge in the North and the East

When Game of Thrones started, it began with a fairly focused tale: Nedd Stark heading to the Red Keep to act as the hand of the king, and then all the political fallout that came from him being an honorable thorn in the ointment. Sure, there were side-plots along with it, such as the events still ongoing at Winterfell and Daenerys's adventures in Essos, but for the most part the series was the "Nedd Stark presents the Nedd Stark Show Starring Nedd Stark with the Nedd Stark Band". Once Nedd died, though, the show splintered into a dozen different pieces, with charatcers spilling out in every direction, each with their own goals and plotlines. And it only got more mixed up from there. 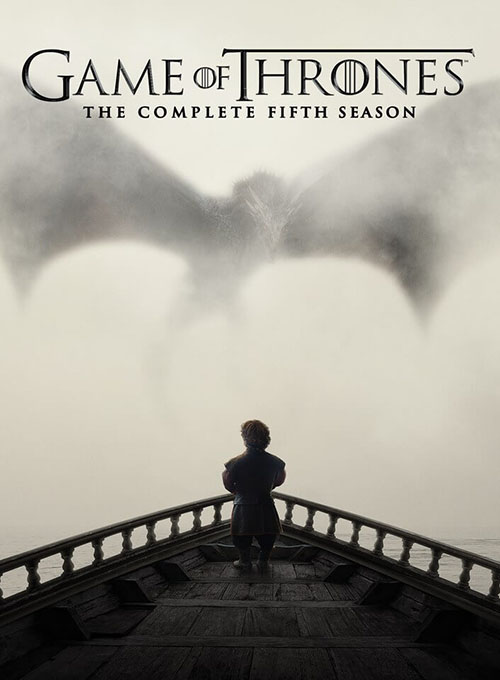 I would argue that Nedd's death at the end of season one not only spun the show in a new direction but also made it better. The energy of show changed, moving away from a sniping political show (set in a fantasy setting) to a show about blood, bone, and the ravages of war. The whole dynamic of the show changed, and improved, once season two picked up and everyone started battling over who would really get to rule the Iron Throne. Certainly, week to week, you'd never know who you would be following and what adventures the various heroes would have to pursue. It was exhilerating. And, as the series moved on and the budget (and confidence of the directors) increased, the show only got bigger and better.

But with any show and eventual endgame has to be considered. Now that we're in the back-half of the series, plotlines have to start tying up, stories have to converge, and all those multiple strands and pieces of story have to converge to a single source. And it's with season five that we really start to see that dynamic in play. Some might argue that this gives the show renewed focus, and while I do agree with that, a special quality about the show, the idea that anything could happen and anyone could live or die, was lost in the process.

With season five, we can really break the show down into three major storylines. First there's Tyrion as he flees Westeros for Essos. Lord Varys convinced our favorite dwarf to travel to the far side of the world to meet the Mother of Dragons, Daenerys -- Varys thinks the Queen might be the one to unite the Seven Kingdoms and bring peace to the continent. Tyrion's travel allows him time to get over the murders he just had to commit (killing his father and past lover) and decide if he's the right man to advise a queen, or even if she's worthy of his advice. This plotline is interesting from Tyrion's perspective largely because he's such a deep, nuanced character; any chance to spend more time with him is fantastic, to say the least.

That said, this plot line robs Daenerys of some of her agency this season. She's no longer the leader making the decisions on her own, but everything she does eventually becomes filtered through Tyrion's perspective. She's not a lead in her own plot but a supporting character to her new adviser. That at peast partially because Tyrion is the most nuanced, deepest character on the show, but it does leave Daenerys in the odd position of being on the outside of her own storyline. 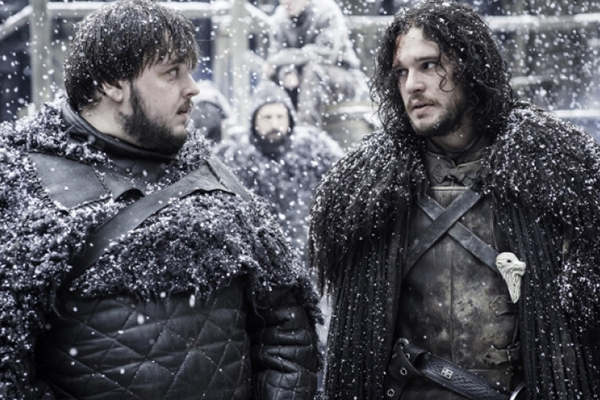 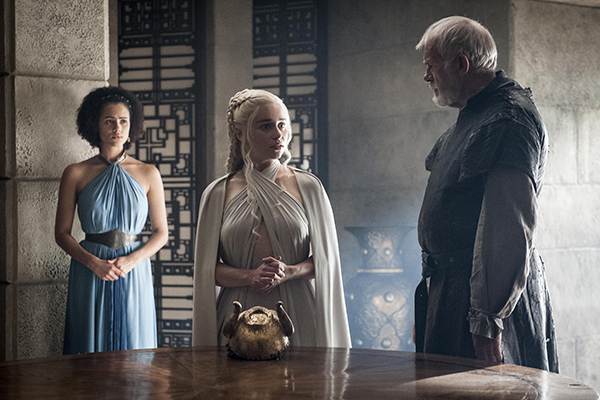 The next major storyline follows John Snow and the brothers of the Night's Watch. Now that the wildlings have been beaten back (with the thanks of Lord Stannis's army at the end of season four), which leaves him with a different problem: the army of the dead is coming towards their wall and the war for the fate of all humanity has nearly begun. Having been made Lord Commander of the Night's Watch, it rest of John to figure out what to do, so he comes up with the only solution that seems to make sense: go to meet with the wildlings and offer them full peace, including allowing them to cross through the wall to the other side and setup farms. This decision does help to steal some potential soldiers from the Night King (since he would have killed them and added them to the army of the dead), but it also puts John on the opposite side of the argument from all his men. Suffice it to say, this won't go well for John in the end.

Despite the fact that we won't see the ramifications of this decision until next season, this plotline perhaps changes the whole dynamic of Game of Thrones more than any other. Because John sides with the wildlings, his brothers consider him a traitor and (spoilers if you haven't seen this season already) they kill him. But, as we'll soon find out, John won't stay dead (because of the magic of the Lord of Light, which was already established in other plot lines in prior seasons), which means that the threat of death for the show will soon become a revolving door (at least for John). What this illustrates is that, even now in season five, there are some characters protected by "plot armor", that even if they die, as John Snow does here, they're too important to die before the endgame of the series comes to pass. John is too important, as is Tyrion and Danerys, and if they're the focus of plotlines, you can bet they'll likely survive into the final season of the show.

To a certain extent this does ruin some of the luster of the series. That surprise every time someone died, and that knowldge that they were gone and someone else would have to pick up their mission, that's all gone now. In its place is a list of characters the audience can fill in where each person is "special" and we know they have some mission to fulfill before the wars are over and the credits roll for the last time. Whether you're a fan of Bastard Lord Snow, the Imp, or the Mother of Dragons, part of the allure of the show was that at any point you knew these characters could die. Now they're chess pieces on a board, getting moves around for one last attack, and until that final season happens, everyone that's "special" is safe. It ruins the dynamic of the series some.

This even carries into the last strands of the season, what I tend to think of as "women on missions". While the adventures of John Snow and Tyrion/Daenerys are the major plotlines, these three smaller stories also take up a fair bit of time, balancing around each other to get the final chess pieces in place. Sansa Stark is married off to Ramsey Bolton, evil little bastard of Housue Bolton and current Wardens of the North. She's a pawn for their game, a way to give their rule legitimacy, but because of how awful Ramsey is (as a person, all around), Sansa wants to escape as fast as possible. Her sister, Arya, is off in Essos in the city of Bravos, learning to become a Faceless Man (one of a group of elite assassins who serve the Many-Faced God). She has plans for revenge against all that have wronged her family, but she's going to find that her plans don't really align with the goals of the faceless. 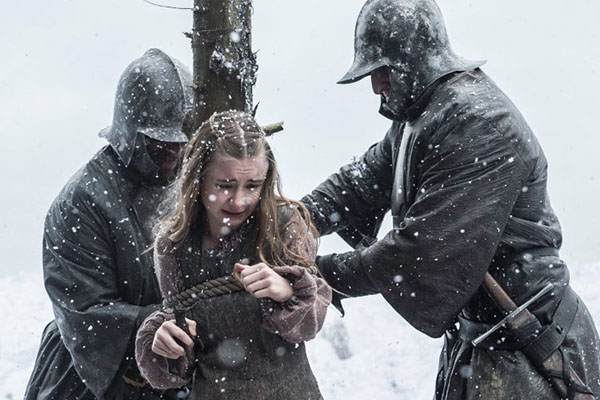 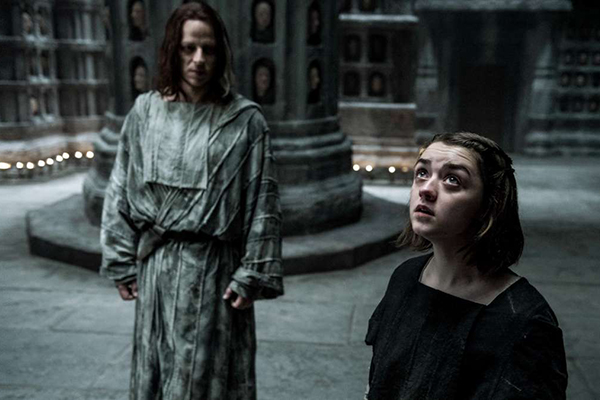 And then there's Cersei, Queen Mother at the Red Keep. She hates her son's new wife, Margaery Tryell and wants to try and get the girl, her brother (who is technically the Queen Mother's betrothed), and the rest of her family out of the way. Seeing an opening with a new, religiously fanatical cult, she gives the group more power and grants them free reign of the city, which soon means both Margaery and her brother, Loris, or thrown in the church's dungeons. And then they come for Cersei as her plans spin out of her control. Suffice it to say Cersei is nowhere near as smart as she thinks she is, a lesson that will likely come to bite her again in the final seasons.

For these last plot lines it doesn't, as yet, feel like these characters will have a specific mission to fulfill in the endgame. Sure, Sansa will likely be used as a pawn for a spell before becoming a leader, and Arya will likely gain all the necessary skills to be the best little killer in the world. And yes, more than likely, too, Cersei will end up being the final boss all the heroes have to defeat. But I wouldn't say that any of these stories are essential to the overall story. They don't really more forward in the same was as the events up at the Wall over in the capital city of the Mother of Dragons, Mereen. They're just pawns waiting for their next move, spinning wheels until it's time for their big storylines.

And that's what I think hurts this season. Some characters move forward in big leaps but most of them don't make much movement at all. Character get aligns, plot armor starts to kill in, and we eventually start to realize who really is going to live or die by the time of the last season: if they're the focus now, bet on them in the future. it leaves Game of Thrones feeling like a different show, one that has all the same sets and characters but the whole dynamic is now different. We can predict where characters will go, who will live or die, and what the endgame will look like. Even here, three seasons before the end of the series, we can start to predict everything. For a show that used to thrive by being unpredictable, it leave the series feeling like less than it was. It's still good, still very watchable, but an ineffable energy of the show, something that made is special, has been lost in the process.

Although not shocking in the least considering how far the character falls over the course of his long storyline, the death of Stannis is certainly a big moment. It takes another king off the table while, at the same time, giving Brienne of Tarth her needed closure. This moment was destined from the season Stannis decided to kill his brother and put himself on Brienne's radar.

As part of Stannis's storyline, we see him grow desperate to regain his power and get the momentum on his invasion of the North. Unfortunately for the would-be king, his army gets caught in a nasty blizzard, with their supplies, men, and horses dwindling. To try and refocus he leans on the powers of the Lord of Light, and a sacrifice is demanded. That's when we get the shocking moment of Stannis burning his daughter, Shireen, at the stake. Shireen was a great character, warm and charismatic, full of innocence and light. The moment Stannish kills her, and in such a horrible fashion, we knew he would never be king.

Although I didn't talk about their plotline much above, as very little for Brienne and her squire, Podrick, happened (beyond her finally getting to kill Stannis, which is one really good moment), I do think it's worth mentioning that Podrick is such a great character. He's another warm and funny character, one full of light and innocence despite how dark the world is. He's supposed his "knight", Brienne, and gives her all the assistance she needs. Podrick has grown to be such a great character and he shows that not everyone has to be full of evil to survive on this show.