And Now to Find a Way to Save the World

Traditionally Game of Thrones seasons have been 10 episodes long. That span of episodes allowed the show enough time to cover the important details from each book, one per season, without getting too bogged down in all the minutia of the novels. But for the last two season, the producers announced we'd get shorter seasons. This, presumably, was because they were already out of books to adapt and were, instead, just working off notes from George R. R. Martin about where the series would eventually go (if the novels were ever finished). Without long tomes to adapt, the producers had to work with what they had before them, and it probably looked like they were running out of material. Two short seasons that fly by quickly is preferable to two long seasons that just plod by as the team fills for time. 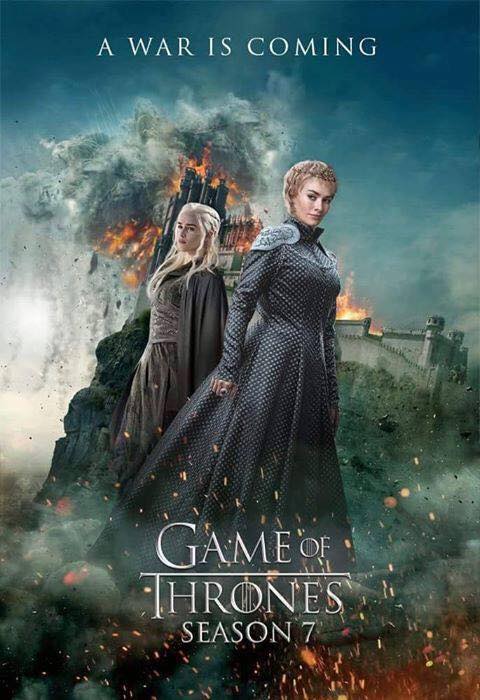 In that regard, then, the creators should be commended for ensuring that the seventh season did plod at all. There was a lot going on as Daenerys's forces clashed with the Lannisters while the King of the North, John Snow, struggled to make an alliance with the Dragon Queen and get the backup he needed to fend off the Night King. There are big battles, huge moments, and not a lot of cruft in between.

At the same time, though, something special about the series was lost. Because this season is much more focused than previous, and because there are so few characters left to focus on, we don't get many of those great, quieter characters moments we need. And, in some instances, the show suffers because it's rushing here and there to cover all its notes before the half-season ends and the long wait for season eight begins.

Nowhere is this more clear than in the story of the North. John Snow is invited to meet with the Dragon Queen and bend the knee, to pledge his fealty to her rule. He takes the meeting because he needs three things from Daenerys: one, men; two, obsidian, one of two weaknesses of the army of the dead and which her castle has in huge supply; and three, her dragons so they can burn the armies of the dead with fire. While he's down south for this conference, Lady Sansa is left in charge of the North. She has to deal with political machinations from Littlefinger while also getting into a nasty, simmering feud with her sister, Arya. This is a plot line that feels like a slow burn, that is building to a huge confrontation that could put the whole of the North at stake. And then, suddenly its resolved with the animosity between Sansa and Arya lifted as if it wasn't there at all.

This is a storyline that's raised as a "big deal" and then dropped without consequence. It feels like it's in the show to remind us that Arya and Sansa are characters that exist while we go off and have grand adventures down south, but because it doesn't actually amount to anything you're left wondering what the point was at all. Do the sisters just magically start trusting each other? Did they have a long heart-to-heart we weren't shown? Or was it all a play so they could test their allies and find out who they can really trust? We're never given an explanation for it so the whole storyline falls flat. 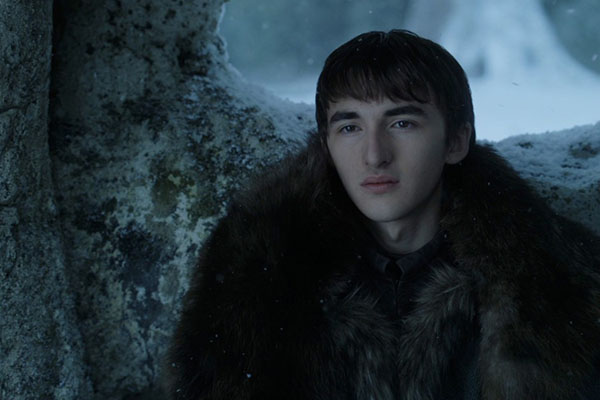 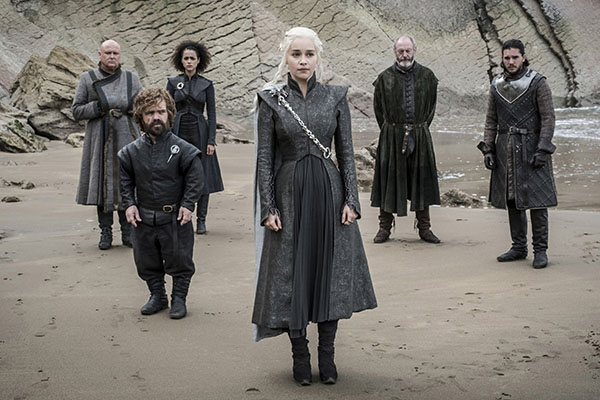 Other times it feels like the season is rushing to move all the pieces around quickly, to the point that it makes you wonder how big (or small) the world really is. Armies are able to march across the continent in a span of days, ravens can fly from the north to the south over night (despite it supposedly being a 1,000 mile stretch of land, as per a literal statement from John Snow), and people can spontaneously be where they are needed in the nick of time, as if they were Jason Voorhees suddenly appearing behind his next victim. It doesn't make any logical sense.

There's a sequence near the end of the season that really highlights this: John Snow, along with a few men, have traveled North of the wall (after sailing for, like, half a day to get there from the deep south). They need to capture one of the dead to use as proof the dead really are alive and forming an army. Although he and his men capture one, it's not before they get pinned down by the rest of the undead ranks. To survive they have to send a raven down south to Daenerys. When she gets it she then leaps on her dragons and flies all the way north to save the crew. This all happens in a single day. One day. How?!

I mean, sure, it's a fantasy series but even fantasy series have to have some internally consistent logic. When you consider that characters have spent years riding across the continent (as the Hound and Arya did throughout season three and season four), it breaks the reality of the world when birds (and dragons) can fly 1,000 miles in an afternoon or when ships can sail around an entire continent in a day. It just doesn't work.

What does work are many of the small character moments. Tyrion, of course, is always great and he's a delight here as well even if he doesn't have as much to do this time around -- his character is now in service fully to Daenerys, and she gets more big moments than he does. There are also smaller asides, like great moments between Gendry the smith and John Snow, or the practice fight between Arya and Brienne of Tarth. The show can still sing when it wants to, it just starts to lose the reality of the situation in its bigger, more bombastic moments. 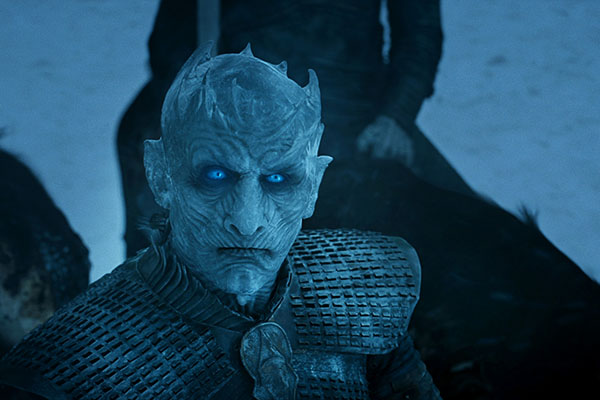 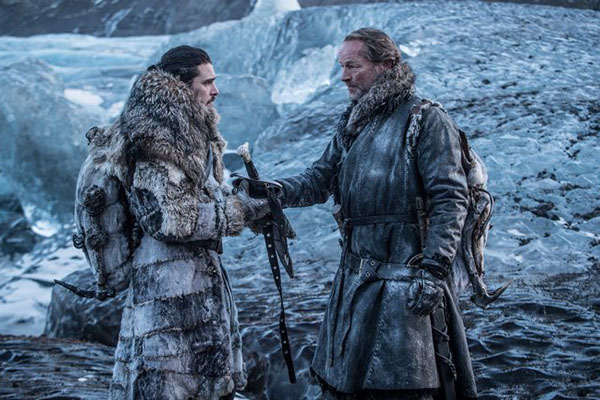 Still, even those moments play well when you don't think too hard about how all of this can happen so quickly now, as if the world shark down to 25% of its original size. The big battle between John Snow and the armies of the undead is thrilling and well executed, and another battle between Daeny and the Lannister armies and a show-stopper. The creators certainly know how to film bombast at this point, and unlike in the early seasons, they now have the budget to film it right. If what you really want out of the show is big fantasy moments of zombies and dragons, sieges and war, this season delivers.

It just feels hobbles, hampered by the needs of the story it needs to tell quickly without any source material to really pull from. The richness of the world is diminished, and the epic scale of the events is somehow lost in the process. While the show is still good, it's not as great as it used to be. But then, really, this half-season is table setting for the final season when the three big armies -- the North, the South, and the Dead -- will finally all come together to have it out. After this it's only six more episodes until we know, once and for all, who has won the Game of Thrones.

During the battle between John Snow, his small band of men, and the Army of the Dead, Daenerys swoops in with her three dragons to save the day. Sadly, one of them takes a flying lance of ice from the Night King and is felled. Not only does this prove the dragons can be injured and killed, making them an even more precious, finite resource, but it has greater ramifications we'll talk about in a moment. Even though the dragons aren't human, this death in the biggest of the season.

And then the Night King brings the dragon back from the dead, putting it clearly under his control. This is a huge moment that redefines what the final battle will really look like. It's no longer zombies against dragons but zombies with their own dragon against everyone else.

I'm gonna give this to Arya this time around. She's a delightful little bad ass and she gets to show a huge range this season, from lithe and witty fighter to cold-blooded killer.