A Case Against Grooming

Love them or hate them, Stephen Moffat has a certain affinity for twisty stories. He's gained much fame over the years as a writer/director of some pretty big smash his, from Jekyll to Sherlock and Dracula, plus a fair bit of Doctor WhoThe longest running sci-fi franchise (at least in terms of sheer seasons), Doctor Who has seen cancelations, relaunches, and reboots, but the core of the series remains the same: a madman in a box traveling through time and space.. Fans of his work point to how he builds complex stories that interweave on top of themselves, creating complex puzzle box stories. On the flip side, many will point out how Moffat (and his co creator on most projects, Mark Gatiss) will often get lost in the complexity of their stories, building more and more in the middle off the work to the point that whatever ending they come up with is bogged down under needless complexity all for a "pay off". Their stories are often great right up until they go right off a cliff. 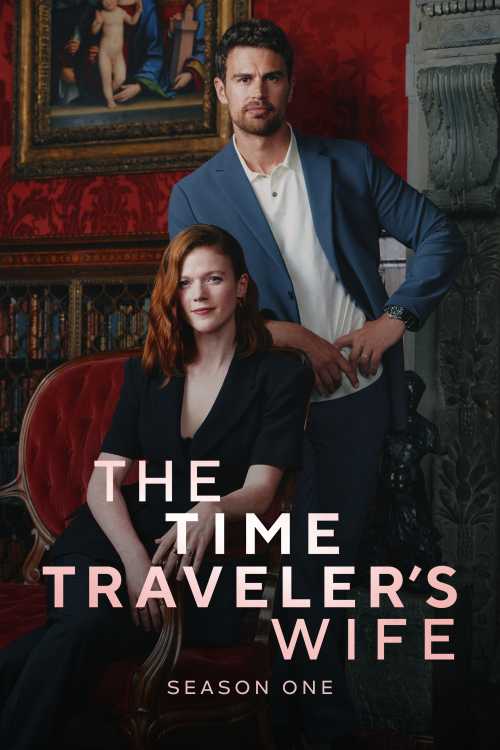 The Time Traveler's Wife, the novel by Audrey Niffenegger, is apparently a favorite of Moffat's, leading to the creator to work in ideas and elements of her stories into his work on Doctor Who (most specifically in his episode "The Girl in the Fireplace"). I suppose it was only inevitable for the creator to eventually be called on to write and create an adaptation of the novel. Tagged in by HBOThe oldest and longer-running cable subscription service, HBO provides entertainment in the force of licensed movies along with a huge slate of original programming, giving it the luster of the premiere cable service., Moffat's adaptation of the story let's the creator (although he doesn't direct this series) play with all the twisty-turny, timey-wimey story elements he loves so much. It's clear, from these first six episodes, that Moffat absolutely loves being able to play around with the twisting nature of Niffenegger tale.

Unfortunately, Moffat's adaptation isn't able to quite evade some of the issues of that novel. If anything, from Moffat's perspective on the story, some elements (like the inherent "grooming" nature of the relationship between time traveler Henry and his future- to-be- already-is wife, Clare) worse. Amongst that the series also isn't able to escape the growing feeling that the show is building to something, and inevitable end that, while preordained by the book, maybe still cause this story to collapse under the twisty narrative that Moffat has built for himself. Whether it's all going to be too much, or is balanced just right, is the real question (that this first season doesn't quite answer).

Like in the novel (and the movie of the same name), we're introduced to our two lead characters: Henry DeTamble (Theo James, although also played at various ages by Jason David and Brian Altemus), our time traveler, and Clare Abshire (rose Leslie, but also played at various ages by Everleigh McDonell Caitlin Shorey), the girl who grows up in love with a time traveler. Henry has a genetic condition (at least, that's how he describes it) that leaving him, at times, falling uncontrollably through time, usually through moments in his own life (although occasionally into the lives of his parents, or the near future). He would really rather not travel but there is no choice in the matter: when he goes, he goes, suddenly waking up in some random time, naked and forced to fend for himself until he travels again.

Clare, meanwhile, is the girl that, one day, finds herself friends with a time traveler. From a young age she meets up, over and over again, with Henry, a time traveler who, for some reason, keeps showing up in a clearing behind her parents' house, showing up when she's eight and then 152 other times from there. She looks forward to her visits with Henry, and as the days, and years, tick by, she finds herself falling for this man out of time. And then, one day (when she's twenty) she meets him for real, in his life, and suddenly the two are moving along the same timeline together. Now the question becomes whether Clare and Henry can make this weird relationship they have work, if fate has already dictated their lives together or if one, or both, of them will give up on this whole, complex adventure through their own lives. 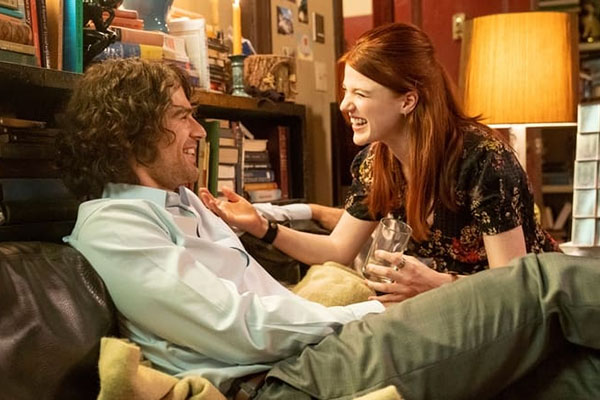 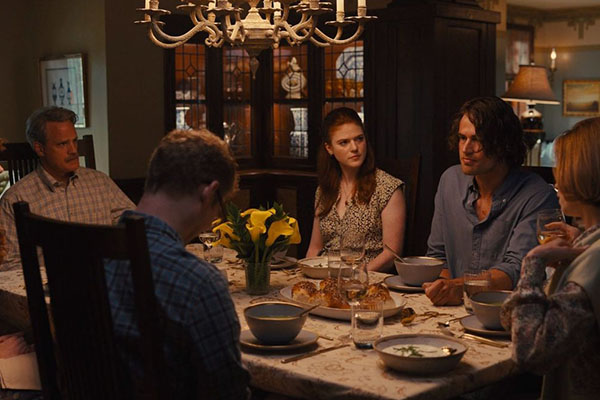 Whatever weaknesses this adaptation may have, one has to credit Moffat for being able to balance all the twisting, complex pieces as they steadily slot in together. This is s story, especially in long from (like a TV show) that could easily become unweidly under its own weight, but the show is able to balance the complex twisting inherent in the story. It find some of that balance by keeping things episodic, raising some twisting ideas and then having them pay off in the same episode. Nothing ever feels so complex that it's hard to keep up, and you don't even have to worry about threads being setup in one episode and then paid off the next, forcing you to try and remember all the complex details of their lives. Yes, a couple of major ideas won't get paid off until the end of the series (like the inevitable conclusion of this story), but for the most part Moffat keeps this timey-wimey story easy to digest.

Despite this, there are some major weaknesses in this version of The Time Traveler's Wife. This first is that the story isn't able to escape the weirdness (that grooming nature) of the romance between Henry and Clare. Henry is nearly 40 when, on her timeline, he first meets Clare, who is only 8. He shows up, at various ages (between 28 and 41), along her life, never a consistent age on his end as she slowly grows up, but over that time she falls for him (and, even by age 12, pretty much is in love with him. The show tries to call out the fact that Henry acts chaste around her, to try and deflect (even by name) the grooming between the two of them, but the writing is never able to really get around it. Their relationship feels like it was groomed by fate and there's no escaping that here.

Maybe if the writing were different it could have, mind you. In Moffat's "The Girl in the Fireplace", The Doctor only meets Jeanne (aka Madame de Pompadour) once as a child and then every meeting between them has her as an adult. That episode also invests heavily in her, building its tale around her life. By contrast, Moffat's Time Traveler's Wife never gives Clare that same treatment. Not only do the characters spend most of their time together with Clare as a child, but it somehow manages to put far more focus and emphasis on Henry and his life than Clare. Despite it having "wife" in the name, this feels like Henry's story, not Clare's.

This is most evident in the treatment of Clare's friends, Desmin Borges's Gomez and Natasha Lopez's Charisse. These characters, who should be major influences on the story (as they're Clarie's best friends, and becomes Henry's as well) don't even show up until episode three, and hardly get any shading beyond that. They should add color to the show, fleshing out moments and allowing us to view the leads as real people, but the show treats them more like props to get moved around while it focuses on other things. It's hardly ever concerned with actually developing any of the relationships (even the central one) instead taking it on faith that a bit of charisma between actors, and statements that "the future has already told us this will happen", are enough to build relationships. It's really not. 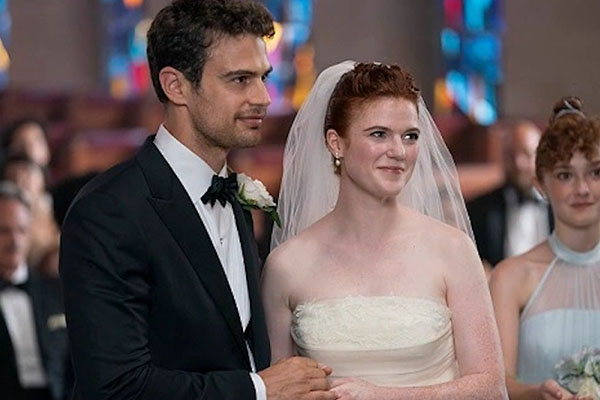 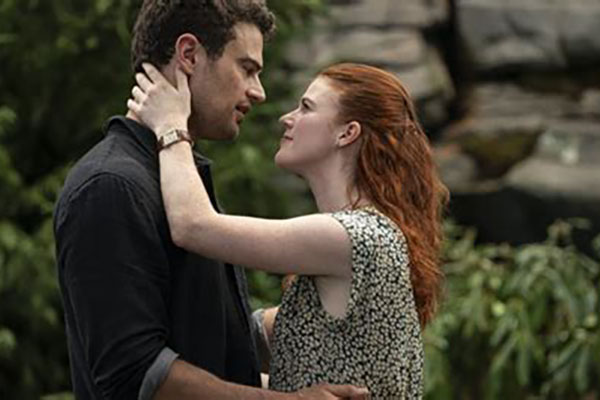 Probably the most annoying thing about the series, though, is that it's barely half a tale. Although only six episodes have been announced so far, this show isn't a mini-series. Moffat has a plan for multiple seasons (maybe two, maybe more) that explore the setup of the novel in greater detail (at least, one would assume). A major flaw in that plan, though, is that a lot of the really interesting bits -- Clare growing up, her falling for present-Henry (and him in return), then getting married -- are all covered in this first season. Yes, there are major plot beats to get through still (including the inevitable ending) but all of that could have easily been covered in two or four episodes. In other words, this is a bifurcated mini-series that could have easily been told in a single shot instead of split across however many seasons Moffat has planned.

I was actually shocked to find that, after six episodes the season had just ended. It didn't feel like we'd had a season finale as the story was still just getting going. Yes, there is narrative momentum built up, but you have to imagine that will bleed away over the next year as the second season is developed (assuming HBO even green-lights it). This season ending where it does, and how it does, feels like a major misstep in the handling of the story. It just doesn't feel natural at all.

I didn't hate Moffat's first season of The Time Traveler's Wife. The leads are very charismatic and they do help paper over some of the flaws of this adaptation. I was even really getting into it in the late episodes and would have liked to have a couple of more just to tie off the series now. Instead what we have is, at best, half a story with no announcement yet if the rest will come. If it is canceled after one season, you have to think that it would have just been better to simply make an eight-episode mini-series so the ending wasn't left hanging. There just enough of this series so far to want more out of it, but there's no denying this is an uneven and weirdly built tale. Those that haven't already watched the series are probably best to simply wait to see if (a) the show is picked up for a second run and, even then, (b) wait for it all to have aired to watch it all at once. This is probably a much better binge-watch that a series enjoyed in slow, steady doses.