I used to be a huge fan of Joss Whedon. Honestly, I think most people that grew up when I did and were into genre TV became huge fans of Joss Whedon. Here was a guy that clearly loved nerdy topics, like vampires and sci-fi, and he created shows with funny, fast-talking characters and lots of cool adventures. He gave us some truly classic shows, like Buffy the Vampire Slayer, spin-off Angel, and sci-fi/western Firefly, and every time, at least for the fans, he struck gold. What's not to like? 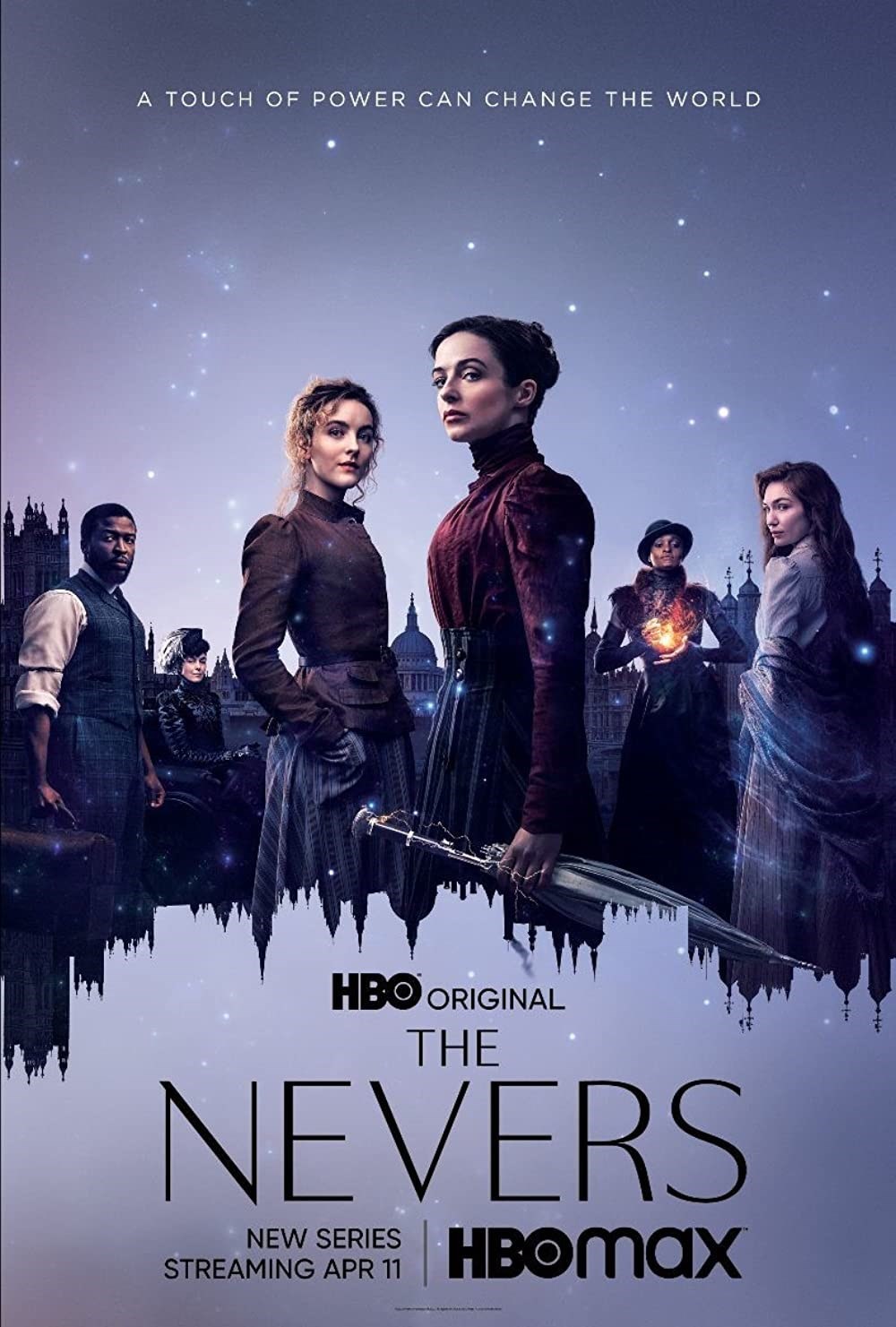 Of course, over the last few years all the things to hate about Joss Whedon have come out. He cheated on his wife, had affairs (at least emotional) with cast-members on his sets, pressured women, acted abusive towards them, and on and on. As the reports about him finally started coming out (and I mean that as the press finally started discussing them as I'm sure, in the past, women tried to report what he was doing), fans took a long hard look at his past works and started to question if he was really such a good guy. This "feminist" hero that wrote such great women also wrote a lot of sleazy stories about them, too (case-in-point, Dollhouse). Most of us that once liked his works started having to question how much of his past work they could go back to and watch again.

This cultural reevaluation of the writer/director came right as he was starting work on his next series, the period piece/fantasy/superhero drama The Nevers, which had been picked up for a series order by HBO long before the Coronavirus hit. Whether because of the reports or, in fact, as Whedon stated he just felt overloaded and needed a break, the writer/director left the series partway into its first season. That first, Whedon-touched (pun intended) half-season just finished airing on HBO (with the next half soon to follow... eventually), and it's clear that there are the bones of a good show here so long as it can get away from the worst of Whedon's impulses.

The show drops us right into the action in the very first episode as an alien spaceship flies over Victorian England, dropping its little light spores onto the unsuspecting public. Although it doesn't affect everyone, for many touched by these spores they begin to develop powers. These powers can range being able to see the future, to controlling birds, turning things into glass with a breath, vibrating matter, or simply being a giant. Each person develops their own, unique power and, it is assumed, each power serves some kind of purpose if only a rational explanation could be devised.

Leading a boarding school for the "touched" we have Mrs. Amalia True (Laura Donnelly), an ass-kicking leader who does have flashes of the future (although more often than not she's not quite sure what they mean until the scene is upon her). She's joined in a quest to protect the touched by Penance Adair (Ann Skelly), am inventor who can see electricity in the air and understand how to tap into it. Between the two they have the skills, and the tech, to fight any threat, and they'll need it as there are all kinds of group opposed to the touched, from a group that wants to experiment on them, to a hate group that wants to kill them, and even a government that fears them. Saving the touched, and figuring out the truth of their creation, is a mighty task, to be sure. 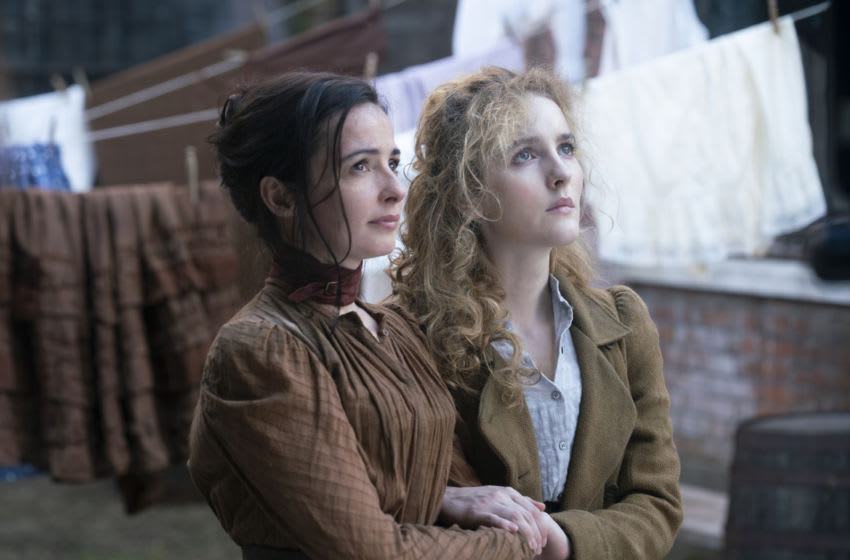 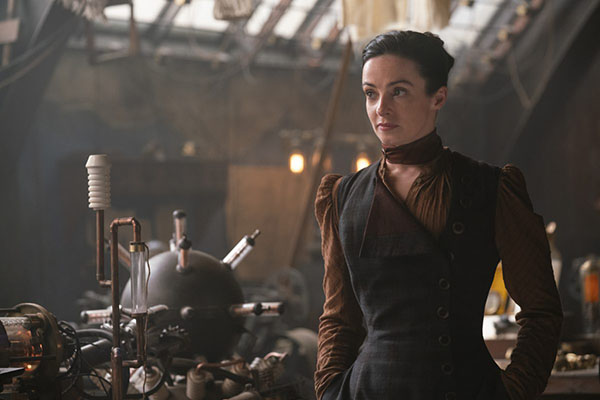 The show, like a lot of Whedon productions, hides a lot of its secrets early on, playing out its cards slowly to keep people hooked. It's not quite the J.J. Abrams "puzzle box" style, which more often than not never had an actual solution inside the puzzle; Whedon always had at least an idea of where his stories were going, plotting out large arcs for the characters to explore over a season that would tie up in some kind of battle with a "big bad" and a, generally, satisfying conclusion. This show does have that same kind of structure, with a mystery yet to be solved but the clues all there for the observe to learn and understand as the mystery played out.

In that regard this show feels like the most Whedon production to ever be made. It's like a mixture of the powerful warrior-queens from Buffy mashed against his run on X-MenLaunched in 1963 and written by Stan Lee and Jack Kirby, the X-Men featured heroes distinctly different from those featured in the pages of DC Comics. Mutants who didn't ask for their powers (and very often didn't want them), these heroes, who constantly fought against humans who didn't want "muties" around, served as metaphors for oppression and racism. Their powerful stories would form this group into one of the most recognizable superhero teams in comics (and a successful series of movies as well). comics, plus the period sensibilities of Firefly (which relied heavily on the "western" part of "space western"), and then a fair bit of the future sci-fi fuckery of Dollhouse. It's his most adventurous work but also, in so many ways, his most derivative.

I don't want to spoil too much for those that haven't yet caught up on the first half-season, but suffice it to say that the last episode of this chunk is both the best and the worst thing to happen to the show. If you've seen Dollhouse, with its season one finale "Epitaph One", you'll have some idea of what you're eventually in for with this show. It has that same kind of promise of where the show could go and what the stakes really are. At the same time, though, it hardly feels fresh, more like Whedon had a lot of ideas from all his previous works that he couldn't quite fit in (due to time or cancellation or what have you) so it crammed them all in here.

In that regard (and not just because he's an ass that deserves to take a sabbatical from his own ego, off away from Hollywood for many years at least) I feel like swapping Whedon out for showrunner Philippa Goslett was the right idea. This show feels so derivative of everything Whedon as done before that someone with new ideas that can take this foundation and push it into a daring direction is exactly what the show needed. The bones and bricks are here for something interesting but, now that it's setup, Whedon is the last person that should be working on it (for so many reasons). 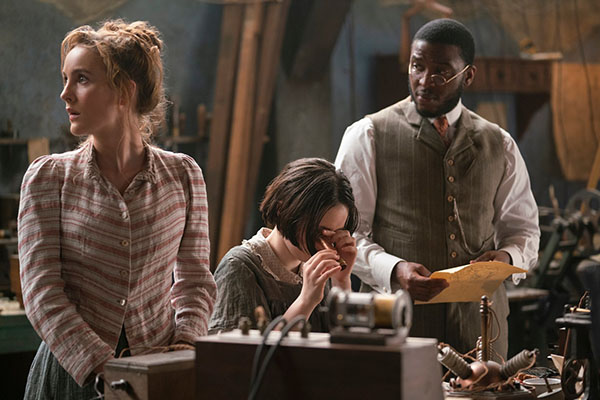 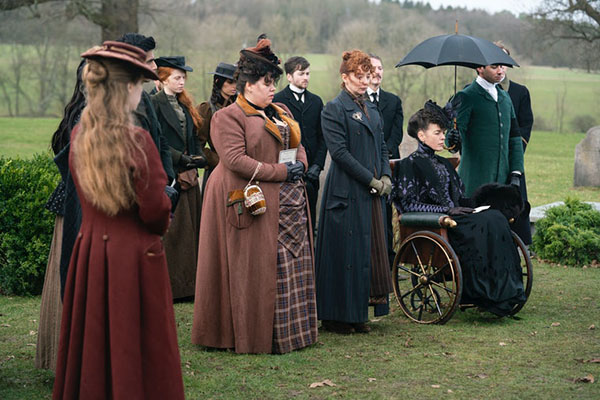 Thing is, when the show just takes its time to breathe and let the characters be themselves, the show sings. There's a great cast here, from Donnelly and Skelly to Olivia Williams, James Norton, Tome Riley, Pip Torrens, Nick Frost, and Ben Chaplin. So many great character actors delivering high quality performances, with characters that are colorful and interesting. Its the right combo that can drive any show so long as the series takes time and lets them develop. Whedon had so many ideas he was rushing through to get to this shows "Epitaph One" that the characters don't always get that chance. Hopefully the next half-season will change that.

I don't think The Nevers has quite grown into the show it will become. The spores are there, if you will, but the show needs time to find itself. A new showrunner, with the game cast, could make this into a fantastic show, to be sure. Just don't let Whedon back on the project; I think it's safe to say we're all tired of him and his "voice" at this point.