The shows of Greg Berlanti have been pretty hit or miss. While he managed to cobble a pretty good superhero universe together (at least for a while) over in the ArrowverseWhen it was announced that the CW was creating a show based on the Green Arrow, people laughed. The CW? Really? Was it going to be teen-oriented like everything else on the network and be called "Arrow High"? And yet that one show, Arrow has spawned three spin-offs, various related shows and given DC a successful shared universe, the Arrowverse on TV and streaming., not everything he's put his hands on has actually come up as roses. Riverdale has it's fans but that shows seemed to lose its way (for me) after its first season. The Chilling Adventures of Sabrina lost its way so bad we didn't even cover the last part on this site, and Titans is, wow, just a train wreck. The mega-producer has put out hits, but so many more creative misses. 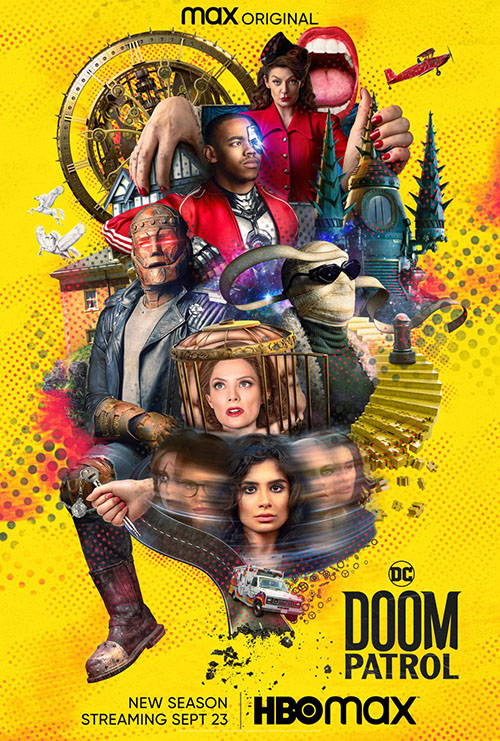 Despite all this, one show for the producer's repertoire has always seemed like a bright spot: the weird and quirky Doom Patrol. Nominally a superhero show (and at one point meant to be a spin-off of Titans before the two shows drastically diverged in development), Doom Patrol has really always been about finding the soul of its characters, maybe not making them into heroes so much as just seeing what happens when messed up people (with messed up problems) keep getting dumped into situations beyond their control. It worked because it puts the character first.

It also helps that the show is weird. I loved talking about how Legends of Tomorrow is willing to go to weird places and do things the other shows in the Arrowverse won't do, but Doom Patrol really takes that to a whole new level. This series is what happens when you take the weirdness of Legends of Tomorrow and put it on a pay-cable app where you don't have to worry about constraints such as language or violence. This is a DC ComicsOne of the two biggest comic publishing companies in the world (and, depending on what big events are going on, the number one company), DC Comics is the home of Superman, Batman, Wonder Woman, and just about every big superhero introduced in the 1930s and 1940s. without boundaries or limitations (beyond budget and effects) and, because of that, it can go to some really weird and truly beautifully strange places.

After three seasons it's become clear that "weirdness for weirdness sake" is the raison d'etre of the show. In the moment its great, letting the characters, and the story, follow whatever weird idea they need to. That's how we get Negative Man going off on a journey of self-discovery out in space only to come home (sans his negative spirit) and then proceed to give birth (via a really nasty zit/tumor) to a giant baby slug. Or we have Robot Man dealing with Parkinson's (because he's a brain in a metal body and the brain can age) while trying to reconnect with his estranged daughter, getting addicted to Online porn and gambling, all before getting his brain implanted into an even bigger robot body. Or there's Rita who decides that she hasn't made enough of a name for herself so she travels back in time, loses her memory, and then becomes a stooge for an evil organization that, in the future, she'd already fought and defeated.

The problem with all these weird asides is that they've become the whole of the series. This season was always going to struggle some as it bore the weight of not only tying off last season's major storyline (with the Candlemaker) but also introducing us to a new villain, the Sisterhood of Dada (although we'll get to that), all while filming during the pandemic. Trying to crank out a large, ensemble show like this under those conditions couldn't have been easy and the show does feel like it struggles under the weight of so many needs this season. 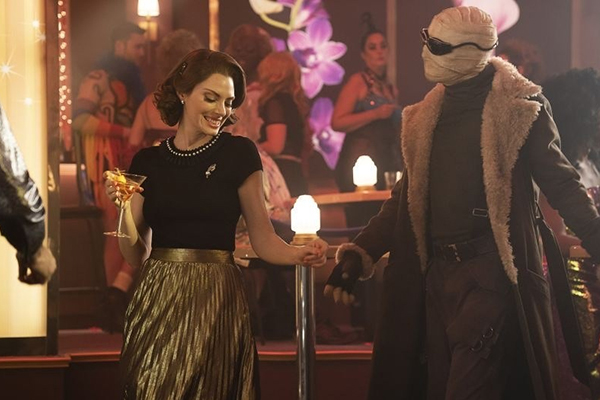 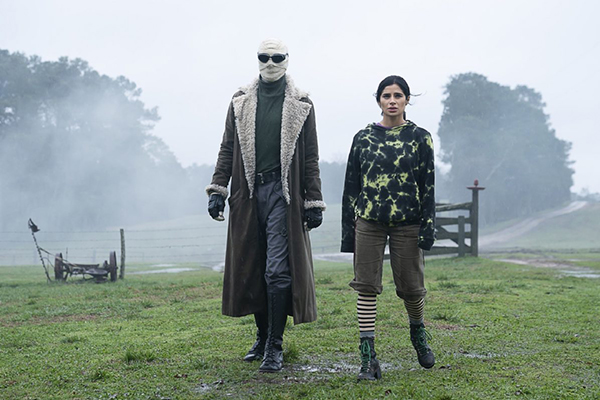 The big issue is a general lack of direction for the season this time around. Nominally we're supposed to view the Sisterhood of Dada -- Shelley (Wynn Everett), Lloyd (Miles Mussenden), Holly (Anita Kalathara), and Sachinko (Gina Hiraizumi), each with their own special powers -- as the bad guys this season, and at times, like when they're planning and executing their "Great Flagellation", the show seems to pursue them as such. But due to Rita's time travel shenanigans we also learn more about the Sisterhood and grow to view them as anti-heroes of a sort. This also paints another new cast member, Michelle Gomez's shape-shifting Laura De Mille, as a potential ally-cum-potential villain.

I like the ideas and some of the development these cast members and their characters bring to the proceedings. The problem is that the show simply doesn't take any of it far enough. Laura starts off as a decent person who then turns bad and then sort of wants to be good but... well, the show never really pins her down as a character because it keeps having her travel through time, wiping her memory over and over again to the point where she basically doesn't have a real character anymore. Meanwhile the Sisterhood, despite getting plenty of screen time in the past, never really gels together as real characters. We recognize them and their powers -- the Fog, Bicycle Man, the Quiz, Sleepwalk -- but that doesn't actually make them feel like real people. All we know about the sisterhood is each of their powers and that they're "kooky", but we never really learn about them as people.

Part of the problem is that all the things that could get us to understand the Sisterhood is shown off screen. We view them through the eyes of Rita, when she's in the past and joins their kooky little club, under the watch of Laura De Mille and as they all work as "Not Weapons" for the Bureau of Normalcy. But then, right when real character development should happen for them, after Laura (due to the demands of her higher-ups) reclassifies them all as "Weapons", sending them to the front line to fight (and possibly die) for "their country", the show then skips over all of them, joining the main cast of characters back in the present. All the drama and conflict that could be derived from seeing good people forced to do bad things happens off-screen. It doesn't land for us.

Worse, the show doesn't seem to know what to do with the Sisterhood when they finally do make a heel turn. Their Great Flagellation is meant as a piece of "artistic expression" but there's also a nasty bite to it, the desire to make everyone pay for the hurt the group suffered. And, wouldn't you know it, the Sisterhood actually pulls off their plan and causes their Flagellation And then... it's just kind of dropped. The Flagellation causes each of our heroes to go on a journey of discover, only to then have none of them really move forward or learn anything. Meanwhile the Sisterhood fades out from the show again and suffers no consequences for their actions. The world of the show moves on as if nothing happened and the Great Flagellation didn't even matter... so what was the point of it all? 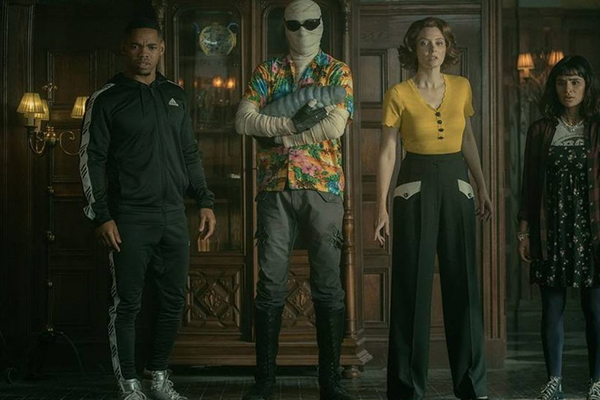 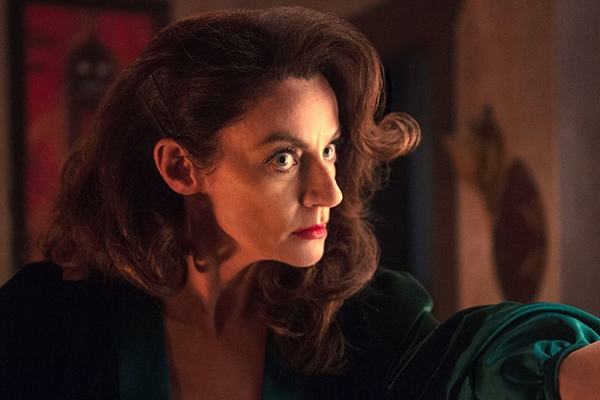 I do wonder if this whole season was setup for something more. A B-plot running through the season is about the Brotherhood of Evil slowly crumbling over the decades, eventually becoming a hollow shell of itself, with just the evil Brain and sentient gorilla Monsieur Mallah living together in a retirement home in Florida. In the comics the Brotherhood of Evil eventually evolves into the Brotherhood of Dada (paralleled here with the Sisterhood of Dada), so I'm left wondering if maybe the Sisterhood is going to take up the mantle of Evil and evolve their schemes in the fourth season. That would make the setup of this season work better but it doesn't help this season on its own. There isn't enough direction, not enough that actually happens in this third season on the whole, that makes it feel like a cohesive chunk of television.

While each of the main characters have their own stories going on, from Robot Man to Rita, Negative Man and Cyborg and Crazy Jane, they're all disconnected from each other. Previous seasons had the characters pair up and work on their personal problems together (much as they hated it). This season, though, splits everyone up and has their stories happen independent. And then, when the heroes do come together, little of what they did on their own has consequence on the season as a whole. It renders then entire season into a series of B- and C-plots with very little in the way of a true A-plot to connect them all.

Individual episodes do work on their own. There's fun to be had when the team heads down to an old Florida resort to relax and get away from it all, or the time they all become zombies and get attacked by a horde of sentient butts (the butts are back!). Even the Great Flagellation episode has fantastic moments -- Larry really learns a lot about himself and seems to actually grow, while Crazy Jane gets stuck in a puppet episode -- that prove it to be, at least, and interesting diversion. It's just that none of it comes together in the end. When the show turns its eye to an actual A-plot this season everything just kinda of fizzles out.

The show seems uncomfortable actually making the heroes grow, or change, or become actual heroes. Hell, it's only in the last scene this season that they even finally decide to come together as the actual "Doom Patrol" (more or less). Three seasons and our superheros are finally becoming superheroes. Why? Because... well, what else are they going to do. That's all the show can come up with, a half-shrug and the characters going, "well, we might as well, right?" After three seasons I would like the show to be able to commit a little more with its characters and it story. 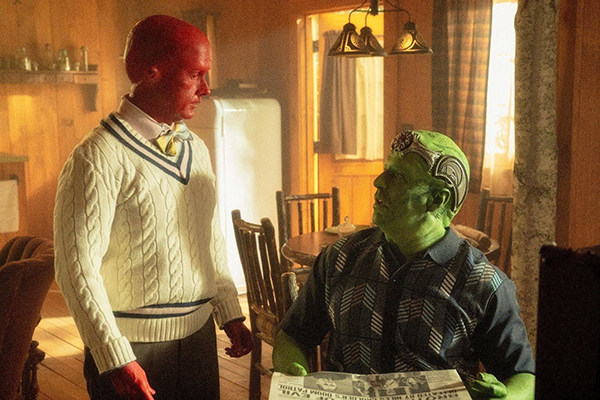 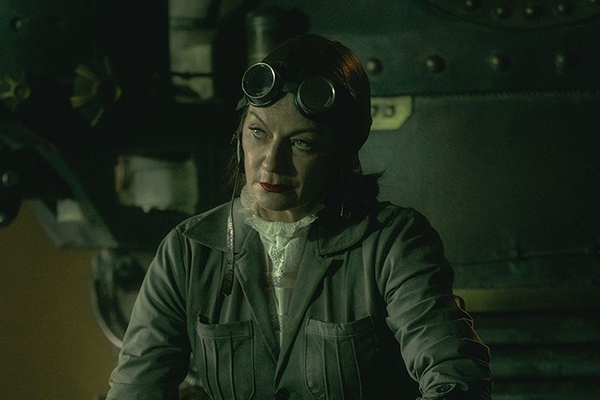 I don't want to make it sound like I hated the show this season; I didn't. In the moment I really rather enjoyed everything that was going on. End of the season, though, it didn't feel like enough was done with the story, setting, or format. Were the characters in a different place at the end of this season than they were last season? Not really. Sure, Robot Man has a new body and Larry has a new Negative Spirit inside him, but the characters haven't really evolved at all. They spent ten episodes spinning in place, having weird and fun adventures but not actually going anywhere.

Whatever the show does next season it absolutely needs to work to push its characters forward. And, hopefully, in the process it can also drag back in the Sisterhood and give them more to do. Now that they've been introduced they could work as a great foil to our heroic Doom Patrol. The groundwork is there to mash two teams of metas against each other, now it's time to actually commit and make this show just a little more super-heroic. Direction is key and that's the only element this series is missing at this point.