She's a Woman. Who Dresses Like a Bat. How Hard Can This Be? 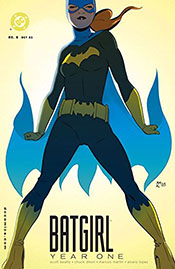 DC Comics just unleashed the first concept art for Batgirl's new look. I'm having a sense of Deja Vu since I already did this article once before. In 2016. Back when DC Comics last decided it was time to refresh Batgirl's look and give her a new outfit. I was less that pleased the last time.

At the time, when DC debuted her 2016 look, I wasn't impressed because while there were interesting touches (like the snap-off cape which just seems smart in case a villain grabs ahold -- someone clearly took inspiration from The Incredibles), other parts of the design didn't make as much sense (why is she wearing a bulky biker-style jacket and boots but then skin-tight pants). Overall, the whole outfit seemed half-baked.

So, let's take a look at the new version and see if it's any better: 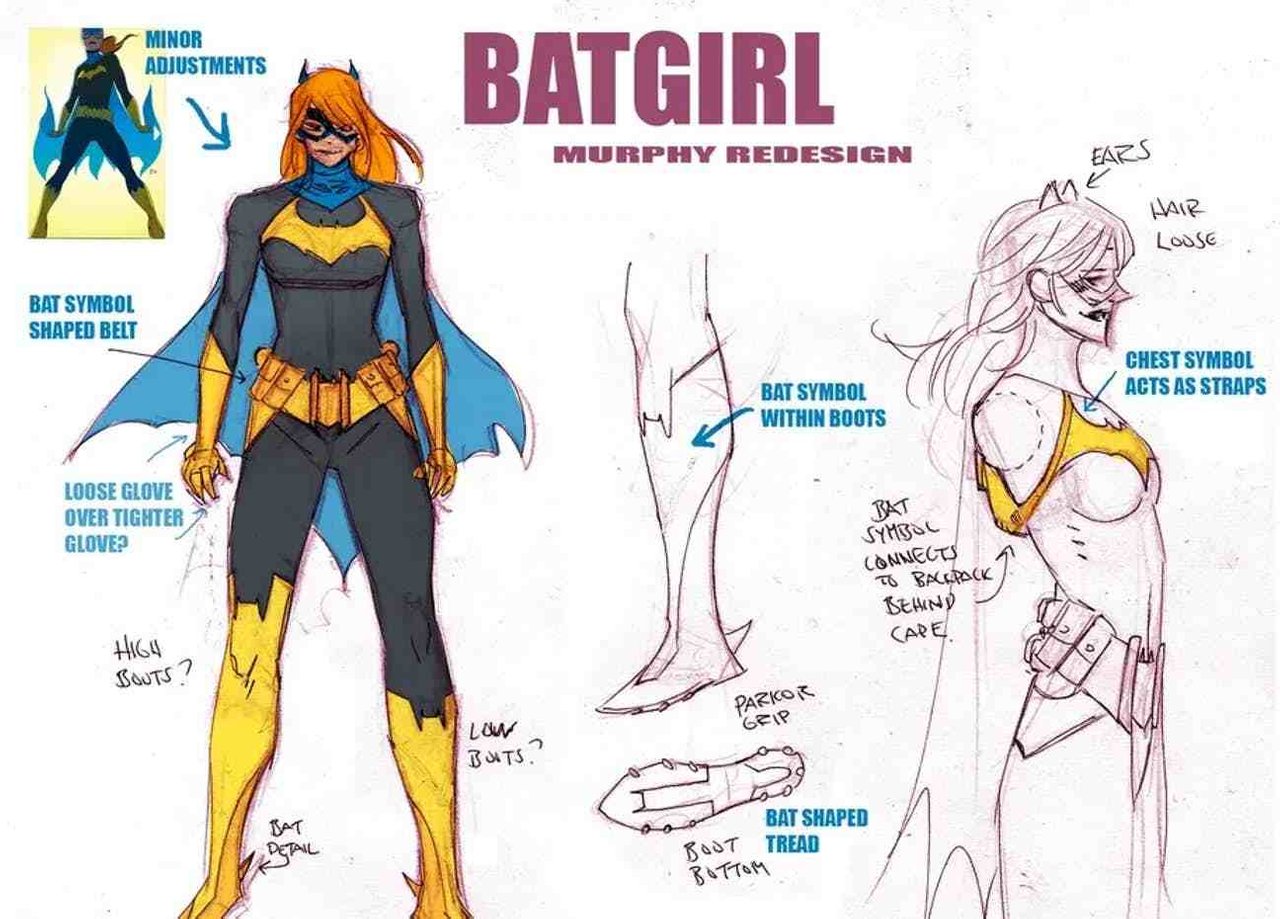 The creative team has said the outfit is designed to mirror the look Batgirl had in her Year One comic (which I've helpfully put up at the top of this page for comparison) because they're doing a kind of "back to basics, back to her past" arc for the character. And sure, I can kinda see where they're going with it. The colors evoke the style of that old outfit, and it's not an entirely terrible look from that perspective. The number of times they tried to evoke the bat-symbol across the outfit might be a little much (the chest and the belt and the boots and the boot treads) but overall it's a simple look. Simple isn't necessarily bad.

Some stuff doesn't seem very practical, though. For one, while I like the look of the little bat ears coming out of her free-flowing hair, that hair is going to get everywhere. The benefit of the cowl is it keeps her hair out of her face and, as someone with long hair, I can speak from experience that hair loves to stick to a sweaty face, obscuring field of visions and just being a total pain.

I'm not sure what the point of the backpack is either. Is she going to keep stuff in it, or is it there to hold extendible batwings for her to glide? (Which, that's a really small backpack if that's the case) If it is there for storage, how does the take it off since it's attached to her bat-symbol? And if she gets thrown on her back, isn't that backpack going to hurt her? It doesn't seem like the most ergonomic thing in a fight.

This outfit also ditches the snap-off cape. That was one detail from the older outfit I liked and it makes sense in a fight. Now, though, she can easily be pulled backwards and chocked out with her cape-scarf-thing. That's a really poor choice, guys.

Plus, those bat-treads will simply announce that a bat-hero is after the bad guys if she's on any stealth mission.

That is just not stealthy at all.

I have to think part of the reason they keep screwing around with Batgirl is because she doesn't have an iconic look. While they might change the outfits a little for the other member of the Bat-family, those designs never get as extreme in their changes as Batgirl seems to suffer. Hell, there have been five Robins (counting Stephanie Brown) and they always end up using a similar variant of the red and green Dick Grayson first war (thankfully, usually, with pants). When they want to change Nightwing, they just make the symbol his chest a different color. These outfits are iconic and people instantly know them.

But what is Batgirl's iconic look? Well, she had purple and then... who knows? There have been three Batgirls over the years (before Barbara took back over) and they each had their own different style of outfit. She's never had the same kind of single, unifying look to her that the other Bat-characters do -- she's always been "Batman-like but... girly?" Even Batwoman has her own single look, even if it's basically the Batman Beyond outfit but even more skin-tight to show she's a lady.

And of course that does highlight another issue with this outfit: much as I might not have liked the last redesign of Batgirl, at least it didn't purposefully accent her curves. This new look though is basically saying, "hey, guys, check out this new, skin-tight outfit for Babs." Like every other woman in comics has.

I do get it. DC wants Batgirl to have an iconic look, one people will instantly recognize even if they don't put the title "Batgirl" across the character, and I don't think Babs has that right now. Certainly you can see Batman, or Supes, or Wondie and you know exactly who they are without anyone ever once calling them by name. Batgirl could use that and I'm all for them eventually figuring out a look that works. I just don't think, from an in-world perspective, nor from a graphic design perspective, that this is it.

I guess we should just be happy they didn't go the Powergirl route and cut a bat symbol into the skin-tight leather just to show off her tits. Still, that's a pretty low bar to exceed.