I'll Stop the World and Melt with You

When it started up, the DC Universe streaming service seemed like it was full of potential. It was pitched as a one-stop shop for everything DC ComicsOne of the two biggest comic publishing companies in the world (and, depending on what big events are going on, the number one company), DC Comics is the home of Superman, Batman, Wonder Woman, and just about every big superhero introduced in the 1930s and 1940s., not just with digital comics but all the classic DC-related shows and movies, along with a smattering of new original content as well. It began with Titans, a new show based on the classic Teen Titans property before launching spin-off Doom Patrol, Swamp Thing, and the animated Harley Quinn, all with the promise of even more shows to come. 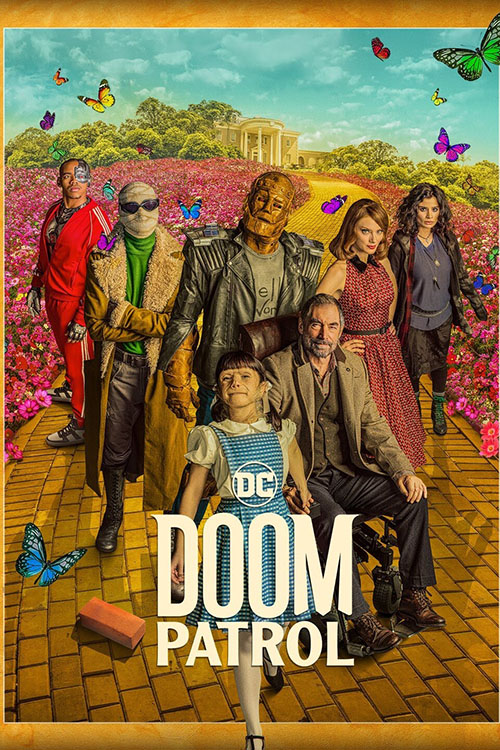 Not all of those shows were hits -- the first season of Titans was a bit of a misfire, and Swamp Thing was a total dud -- but the service itself held promise, and chief among those elite titles was Doom Patrol, a show that took the go-for-broke weirdness of fellow DC property Legends of Tomorrow (the best part of the ArrowverseWhen it was announced that the CW was creating a show based on the Green Arrow, people laughed. The CW? Really? Was it going to be teen-oriented like everything else on the network and be called "Arrow High"? And yet that one show, Arrow has spawned three spin-offs, various related shows and given DC a successful shared universe, the Arrowverse on TV and streaming.) and cranked it up to 11 (and beyond). The only question for fans was whether the show could keep up that weird and wild energy and continue to be something weirdly special in its second season.

For those hoping for more and better weirdness, the second season of Doom Patrol is a bit of a mixed bag. With an intended shorter season -- the first season clocked in at 15 episodes where the second season was originally just going to be a svelte ten before it was cut back, due to COVID-19, to just nine total -- Doom Patrol doesn't have as much time to tell the season's story, forcing it to make compromises and shift focus a bit. Instead of wandering through a number of weird adventures, having one-off stories that explore all kinds of strange characters and weird settings, this season is forced to cut back on all those delightful outings to focus on the overarching story. And, boy, it just doesn't work nearly as well.

The focus this season is on Dorothy (Abigail Shapiro), Daughter of the Chief (Timothy Dalton) and apparently immortal being (or at least supremely long-lived and slow-maturing). Despite being something like 90-years-old, Dorothy is still only 11-years-old (or so) in mind and body. Locked away inside Danny, the sentient town, for decades, Dorothy was released after Danny was blown up (at the end of season one). Since then, she's lived at the mansion with the "heroes" -- Diane Guerrero's Crazy Jane, April Bowlby's Rita Farr/Elasti-Girl, Matt Bomer and Matthew Zuk's Larry Trainor/Negative Man, Brendan Fraser and Riley Shanahan's Cliff Steele/Robotman, and Joivan Wade's Vic Stone / Cyborg -- learning to be out in the world once more.

The reason Dorothy spent all that time locked away in Danny the Street is because she has a great and terrible power: she has a number of "friends" who are powerful entities that live in her mind, like invisible friends, except they're not only very visible (when summoned) but also very powerful. The worst of these is the Candlemaker, a nasty entity that wanted to take over the world and is only kept in check by the fact that it has to be released by Dorothy. But, as we learn, if she grows into her maturity the Candlemaker will be released and can unleash his power across the world. But while this is going on Robotman wants to reconnect with his daughter, Larry tries to find peace with his own family, Crazy Jane battles all the 64 personalities in her head, Cyborg falls in love with the wrong girl, and Rita just wants to become a superhero. Everyone has their own crap going on, not spending nearly enough time with Dorothy until it's almost too late. 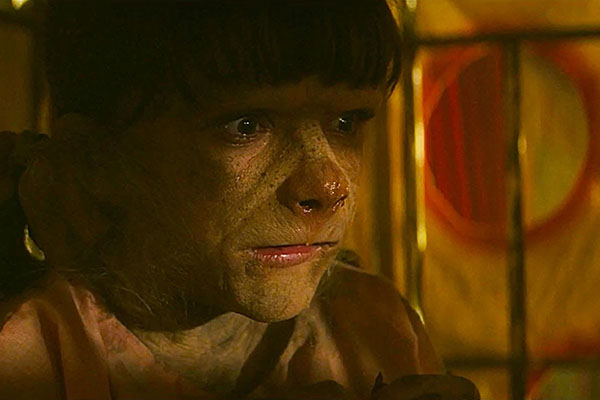 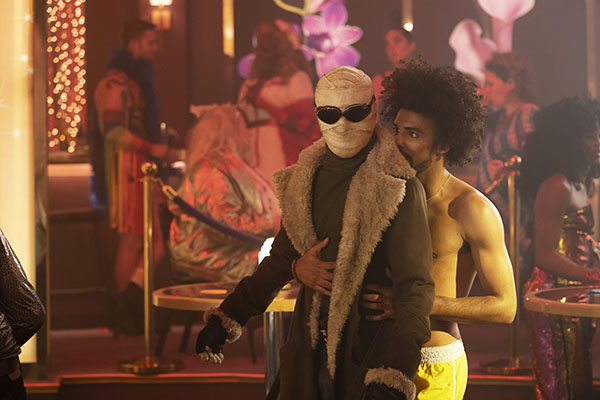 Credit to the show, some of that magic from the first season is still present this time around. The season starts with most of the heroes (except Larry) at 1/10th their size after the events of the previous season, trying to find a way to fix their condition. It then features adventures with Doctor Thyme, a time-traveling entity who lives in his own roller disco, a party to rebuild Danny the Street that features an onslaught of sex-ghosts, and a journey inside an painting where the heroes, made dumb by magical poison, have to battle the Scants while having the worst ideas possible. Sometimes the show really is just as weird and wild as you hope it would be.

And yet, at the same time, some of that wild energy has been lost. All the weird and wild fun the show had the first time around is missing here. The characters are all caught up in their own personal bull, dragging the show into the dramatic mire. This could lead to character development if the show were actually interested in that (or had the time to focus on it fully), but watching Larry get rejected by his family to end up right back where he was before, or Cliff reconnect with a daughter we don't know (because she's barely been in the show) only to have to ignore her to deal with the big villain of the series, barely resonates at all. It's like the show has a checklist of character beats it needs to get through but it doesn't actually let any of it really sink in. None of the characters change or grown by season's end, essentially resembling the exact people they were before even after making big moves in their personal lives.

That's to say nothing of the fact that the one new character, Dorothy, is a complete dud. She's a kid dropped into this world but she really doesn't change at all. Sheltered for decades, she remains sheltered even now after being released from Danny, but while the series sort of shows off her powers (her guardian spirits and the nasty wishes she can make if she gives into the Candlemaker), she never comes across as a real person. She's just a kid, and while she has powers that are developed, she's not developed in the process. It doesn't hep that a naive kid is a bad fit for this rather raunchy group of characters, and the show really doesn't seem to understand how to integrate her into the group to use her as a source of shading or growth for the rest of the cast. She's simply her to act as the deus ex machina that leads to the climax of the season.

Or it would if the season were actually completed. As it is only nine of the planned ten episodes were completed meaning the season ends on a awkward cliffhanger right when it seems like the shows is going to get a big action set piece. The heroes are left defeated (and, in some cases, literally broken into pieces), Dorothy picks up a weapon to go fight the big bad and then... nothing. No resolution until the next season is started up, and then no clue if it will be one episodes tacked onto the start of the next season (like they did with Titans season one for no good reason) or if we'll get a draw out resolution across season three. It's a bit of bait and switch, really. 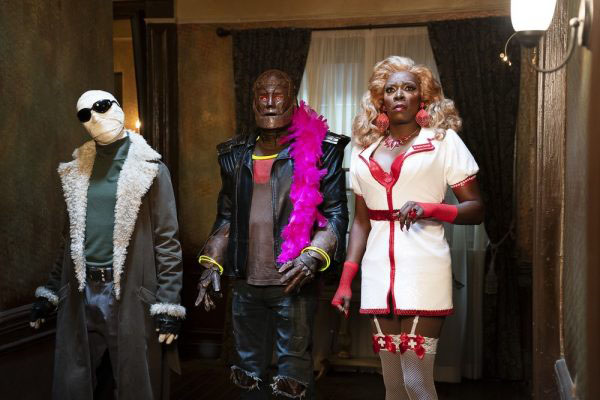 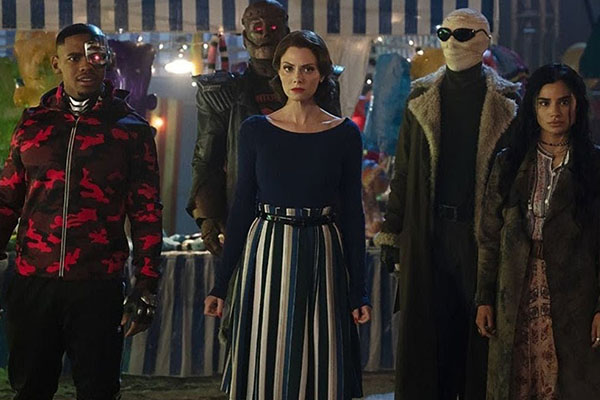 There were parts of this season that I enjoyed, but overall the season lacked the storytelling pace and momentum that marked the first season. Never as weird as it should have been, nor as funny and enjoyable, the season gets mired and drama and bleakness instead. The first season was a head trip, wild and hilarious with a pace that never let it slow down; if one episode didn't work you could tun in the next week for an episode that was different (and generally even stranger). This season had fun moments but nothing like the enjoyable momentum of season one.

Overall, season two of Doom Patrol is a misfire. It reeks of the writers having first season planned out in detail with only a vague idea (if any idea at all) of what to do with the show after. The first season is a weird and hilarious gem of a show, but this season outing lacks the same luster. The show is still odd, but the magic is missing. Assuming it gets a third season -- even if DC Universe does implode like we all expect, HBO Max is also airing this show and will likely continue doing so for a third season -- the show needs to find its mojo again. This season is a dud.