He Stalks the Night!

While I've watched a number of BatmanOne of the longest running, consistently in-print superheroes ever (matched only by Superman and Wonder Woman), Batman has been a force in entertainment for nearly as long as there's been an entertainment industry. It only makes sense, then that he is also the most regularly adapted, and consistently successful, superhero to grace the Silver Screen. over the years, Batman being one of those characters that can universally enjoyed at just about any time. His villains are just crazy enough to be enjoyable, and whether you want action, drama, or comedy, you can reliably get those from a few episodes of any Batman you choose. But while I've enjoyed many of them (Batman: The Brave and the Bold being a real treat), I have to admit that the 2004's The Batman never hooked me. 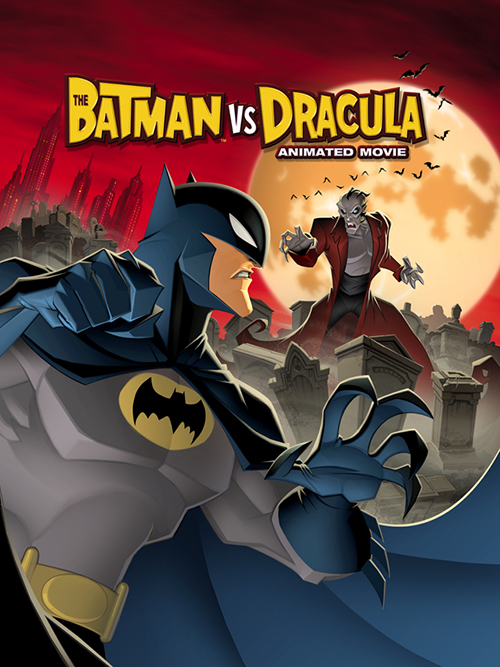 While I like Batman, I have to admit that it's hard for any one show to come up with a lot of new material, just because we've had to many. Once you take the Gothic-inspired wonder of Batman: The Animated Series, the weirdness of Tim Burton's flicks, the classic campiness of Adam West's Run, and the futuristic fun of Batman Beyond, where do you go from there? Well, The Batman went for an "Year One" approach with an odd version of most of the characters, and frankly it just didn't work. Instead of fun and interesting, a new take on the classic material, it just felt uninspired and a bit tedious.

Of course, it's also a DraculaHe's the great undead fiend, the Prince of Darkness, the monster based on a real historical figure. He... is Dracula! flick, and if you've seen any of the reviews of those films I have over on The Inverted Dungeon, you'll know that those films can be hit of miss also. For every good Dracula film there's at least three terrible ones. And this certainly ranks among the worst of those films. Adding Batman to Dracula somehow manages to become to worst off both of those ideas, vastly less than the sum of their parts.

In the film we open not with Batman or Dracula but with the Penguin (Tom Kenny), in Arkham Asylum, talking to a random convict. The prisoner is talking about a treasures he has buried in the Gotham cemetery and agrees to split the treasure with Penguin if he helps the convict get out of Arkham. Penguin takes the info, bails on the other prisoner, escapes, and goes looking for the treasure. But instead of finding the right grave with the treasure, Penguin breaks into a deep mausoleum that is the final resting place of a locked down, trapped for ages Dracula. Penguin, thinking the treasure is in there, breaks the chains across the coffin and, in the process releases Dracula (Peter Stormare).

Now released from his grave, Dracula proceeds to try and take over Gotham. He makes the Penguin into his human servant, starts feeding on a bunch of humans (turning them into vampire slaves), and starts looking for ways to take over the city. That path leads him to Wayne Manor where the richest and most powerful person in the city resides, Bruce Wayne (Rino Romano). Of course, what Dracula doesn't realize is that Bruce Wayne is also Batman, the one man that can stop Dracula and fight off the armies of the undead. 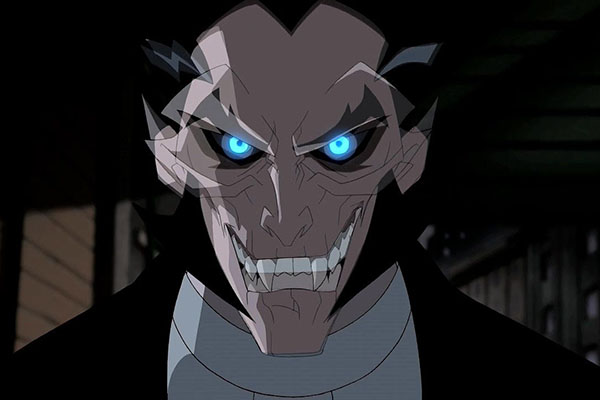 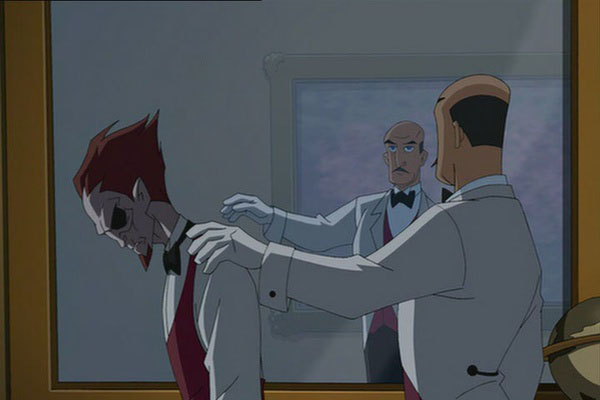 If you've seen any of The Batman you'll have an idea of the basics of this show. Batman, by this point, is already two years or so into his career as a caped crusader. He's not trusted by the city, but he's not not trusted either. He works out his Batcave, has a whole lot of tech at his disposal, and has various villains he has to fight, all of which looking slightly off versions of the characters we know. Joker (Kevin Michael Richardson) looks like a beastly clown, far from the dapper (if white-faced) Prince of Crime we're used to. It's like the creators were told, "just do something new to sell toys," and they did exactly that. It doesn't really work, not from the perspective from anyone that knows normal Batman tales, but it certainly made for interesting looking toys.

But even if you can buy into the look and feel of the show, don't mind a Batman that heavily relies on gadgets and decorates his car in day-glow neons (and if he saw the Schumacher films and said, "hold my beer"), the big issue with Batman vs. Dracula is the story. It's just so boring. It takes forever to get going, takes even longer for any action to come up, and then plods along even more, ignoring its own rules so that Batman can come out a winner at the end.

Take Dracula. He comes out of the grave, immediate feeds on people, and then takes his leisurely time before doing anything else. He's shown to have power over people's minds, can control anyone with just a glance, but he never commits to taking over Bruce. In fact, after the first time he almost tries, and then fails, he becomes completely bored with it and his whole "take over the mind of the richest person in town" plan is completely abandoned. He doesn't do much else for a while after, just chillin in his grave, before finally deciding to suddenly have a lost love he has to resurrect -- Carmilla Karnstein -- and the film shifts to that plot line... eventually.

Frankly, this was just a tedious film. I like the idea of Batman fighting Dracula -- I mean, two bat people, what's not to like -- and I love the fact that the movie worked in both Dracula and a reference to Carmilla. There was a solid idea here. But the film just takes so long to get going. You know it's bad when there's both Batman and Dracula in a film, but twenty minutes in I have to check the time and sigh because there's still and hour left to go and I'm already bored. How can you take both of these guys and make them boring? How?! 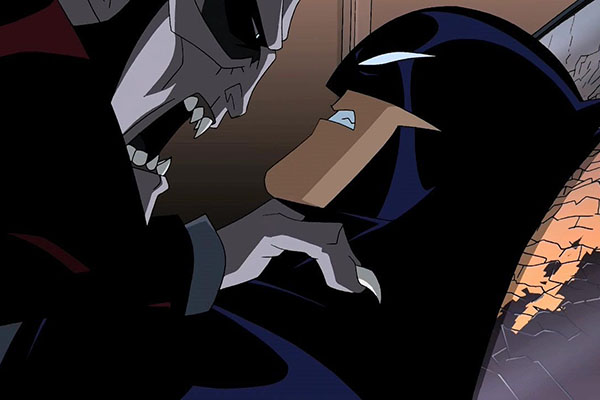 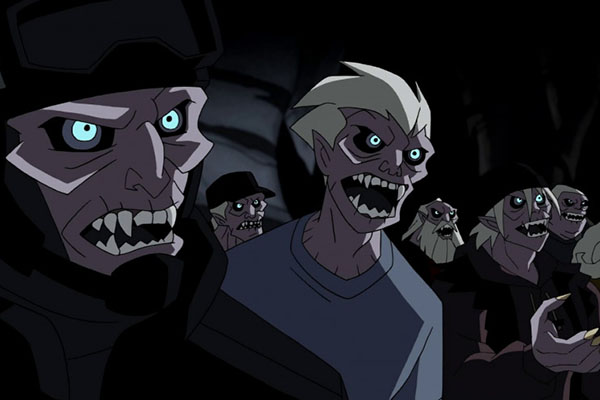 I also had issues with the fact that the film is inconsistent about Dracula's powers. He can moves faster than the Flash, but only when the producers want to make a fight with him seem unwinnable. Later, though, he moves at the same speed as Batman. He can control people with his mind, except when he forgets and doesn't. He's afraid of garlic, except when he can shrug it off like its nothing. About the only thing the film is consistent about is that Dracula is weak to the sun, but the way the film kills him with sunlight is to put him in a situation he could have easily escaped from and then just have him die. I get that Batman has to be able to beat Dracula, but the film has to be fair about it. You can't introduce all these things and then ignore them when its convenient to the climax of the film.

I have to think that fans of The Batman would have had to have liked this movie, at least a little, I just don't know how. The film cheats, its inconsistent, it just randomly comes out with new ideas to further the story instead of properly building its mythology, and above all its tedious. It's not the worst Dracula film, nor the worst Batman movie I've ever seen, but it's certainly up there on the list. In short, this movie, like a vampire, just sucks.