Get in Close with the Creepers and the Freaks

I legitimately love watching horror movies. Sure, while many while use Halloween as an excuse to watch scary films, I'll watch them all year wrong (as three years of coverage on the site can attest). But if you need an excuse to watch horror movies, Halloween seems like as good a reason as any. For two years running (2018 and 2019) we've helped you pick out a selection of the scary best to fill your Halloween night, and we certainly aren't going to buck with tradition at this point. So, for 2020, let's ring in the scariest time of the year with our annual Halloween Night Movie Marathon Playlist:

I've been going through the Fly films recently all in anticipation of getting to watch this film all over again. But before we get to that review next week I get to make sure everyone watches it beforehand because, seriously, this is a masterpiece of body horror made by one of the greats in the genre: David Cronenberg. The difference between this film and the original is basically night and day with Cronenberg basically doing for The Fly as John Carpenter did for The Thing (which, by the way, we'll cover in just a bit).

If you know anything about these movies then you know the basics of the story: a scientist comes up with a way to teleport matter from one location to another and, after seeing how well it goes with all the objects he's tested so far, he gets up the nerve and tests it on himself, never realizing that a fly has flown into the machine with him. In the original film this resulted in a hulking half-man/half-fly beast (while a tiny little man-fly flew around), but this film takes a slower, and much more grisly, tact: instead of coming out malformed, our scientist now slowly changes into a man-fly in the most horrible ways possible. 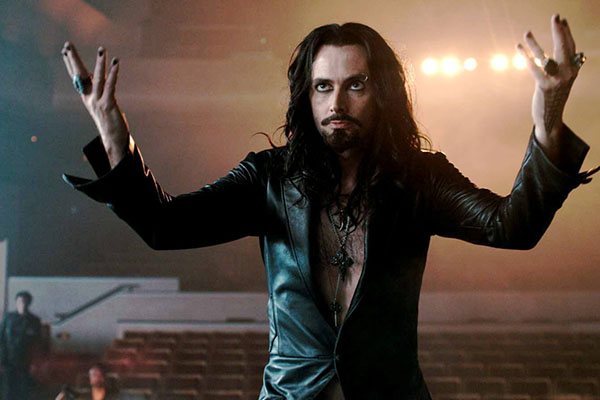 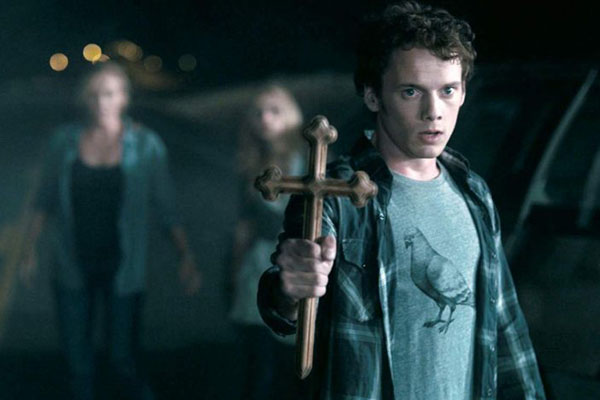 The film is powered by fantastic performances by Jeff Goldblum and Geena Davis, who sell the shit out of the material, But it's the slow morph into a monster, the body horror of it all, that really makes the whole movie. Goldblum's slow transformation from heartthrob (was he even a man-meat heartthrob?) into ghastly monster is the true showpiece of the film, and the film documents it all. It's so great.

The original is a classic of 1960s horror, but there's a reason the 1986 film is the version everyone talks about. It's horrifying, gross, and oh so good. This is the perfect way to start the night.

From body-horror to fucked up dolls, we move on to the fresh start for the Chucky series. Bear in mind we're not talking about the 2019 remake of Child's Play but, instead, the official continuation that went direct-to-video, proper sequel, Curse of Chucky. I know the series has its detractors but, for my money, the Chucky films are one of the best slasher series around, and it's all because of their consistency.

While the series has had its high points and low points (like any series, really), this film marks a new chapter, a back to basics approach that works all too well. Here we get a new family that falls under the "curse" of the evil doll as he starts mailing himself around the country to take care of whatever unfinished business he might have. Honestly, this fresh start works so well because it strips away all the past continuity (not that it gets rid of it entirely, mind you), for a tight and focused story that gets to the meat (if you will) of the series: the creepiness of an evil doll. 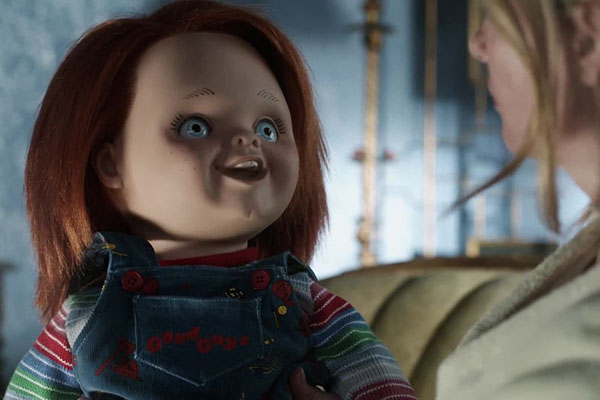 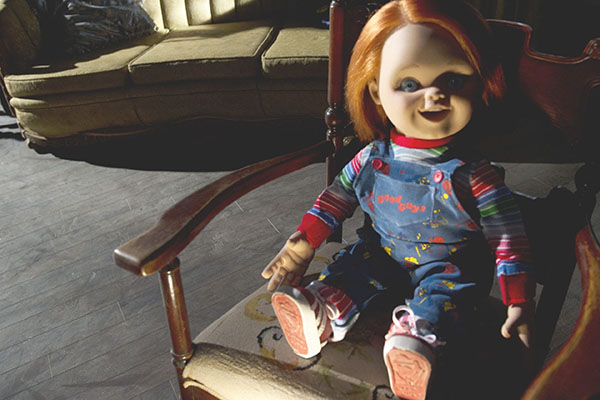 While normally I'd balk at a series that's gone direct-to-video (just look at the trash that is the Hellraiser series), the lower-budget and lack of studio interference seems to have done wonders for Chucky. This film is lean and mean and, most importantly, scary, proving there's still life in this killer doll series. The people behind this film (who have been with the series since the beginning) clearly still care very much and it shows in this film.

Other series might be going to theaters for their big next sequels, but if you want a taunt and well-made slasher, look no further than the sixth film in the Chucky series.

And now it's back to abject body-horror with one of the best of the form. I really don't know what I can say about this film that hasn't already been said before (even on this site), but just in case you need a little more incentive to watch this film in the dead of the night, lets see if we can sell this:

The Thing is focused on a small crew of Antarctic workers out in the middle of winter at their American base. A dog comes running in to the base, and than the Norwegian chopper that was chasing it crashes and explodes. This leaves the Americans curious, but they take the dog in, and that proves to be their first and most fatal mistake. The dog, as it turns out, is infected by an alien parasite and, as the movie goes on, more and more creatures (and crew members) get infected as well. Soon you won't know who to trust as people start dying, all of them getting taken over by "the Thing". 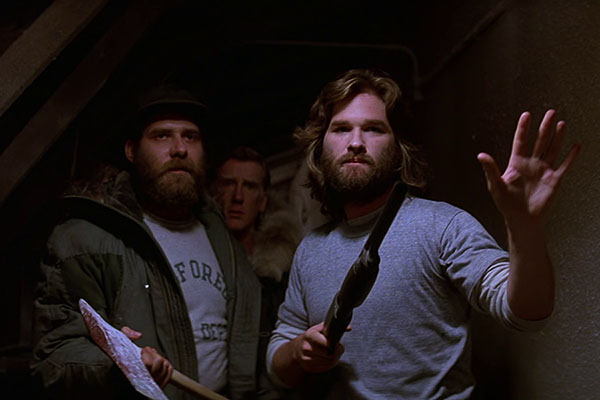 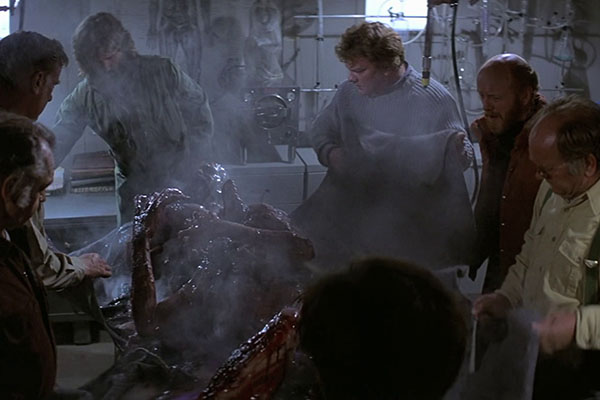 Inspired by the original novel (that also inspired an 1951 film, The Thing from Another World), John Carpenter's masterpiece is a tense and cold thriller that will leave you guessing from the start to the finish. But, what sells it so well, are the absolutely grotesque special effects, all done with practical models and puppetry (unlike the 2011 prequel). This film is a master class in special effects that really scare, and there are so many fucked up moments in the film that will made you squeal with fear (and delight).

Truly there's no film quite like The Thing (not even its two-decade removed prequel), and if you haven't already watched this sci-fi horror wonder, you owe it to yourself to pop it on for Halloween.

With a trio of scary numbers out of the way, it's time to lighten the mood. This year we turn to the horror-comedy feature starring Michael J. Fox, The Frighteners. Directed by Peter Jackson (yes, the Middle-earthCreated by J.R.R Tolkein, Middle-earth is the setting for the author's big sagas, featuring the characters of hobbits, dwarves, elves, and men. guy) back when he was coming off the local success of films like Dead-Alive. It wasn't a huge success when it came out, but there are fans of this film and I am one of them.

The movie is odd as it is a pretty light-hearted comedy right up to the point where it takes a hard turn right into true horror. In a way it makes me thing of a grown up Goonies or The Monster Squad, with a light and friendly "lets all have a good time" vibe right before the dangers come in the middle of the second act. The danger here is in the form of a ghostly serial killer and the only one that can stop it is Michael J. Fox's paranormal investigator. 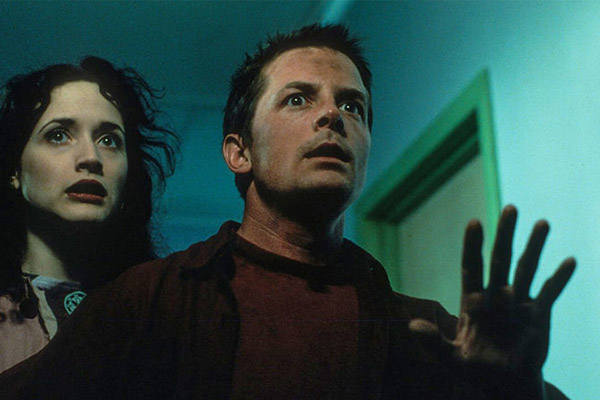 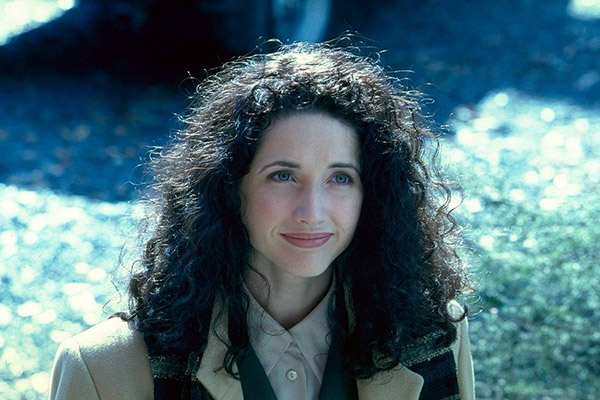 The movie works because Michael J. Fox is so invested in it, selling the material just as much as his has any of his films. This was the actor at his height, still regularly making films, and this is easily one of his best performances. As he anchors it, the really great special effects sell the material -- the ghosts, the scares, the strange locales and weird things that begin to build and build and build. Oh, and it also has Jeffery Combs in it, and what's a Halloween without a visit from that actor.

This cult-classic deserves to be seen by more people as it provides all the scares, and laughs, you could hope from the best of the horror-comedy genre.

Finally, we wrap the night up once more with a classic of the media, and we turn to DraculaHe's the great undead fiend, the Prince of Darkness, the monster based on a real historical figure. He... is Dracula!, as we so often do, as he's the master of the movie monsters. This year's finale is the 1979 Dracula (which we covered over on The Inverted Dungeon), and it's easily my favorite interpretation of the master vampire's story.

Based on the stage play, we find Dracula (Frank Langella) arriving in England to go about his usual business: finding young women and feasting on their blood to turn them into his wives. A few of the elements of the story are shifted and mixed up, just to keep audiences guessing, but this film is really all about the ambiance, the dark landscapes and the lush interiors, all backed by fantastic performances of the cast. 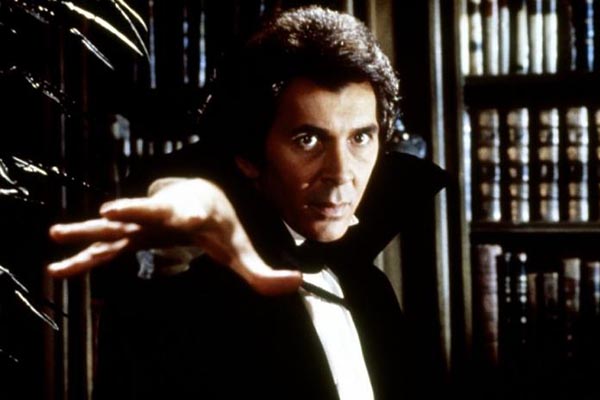 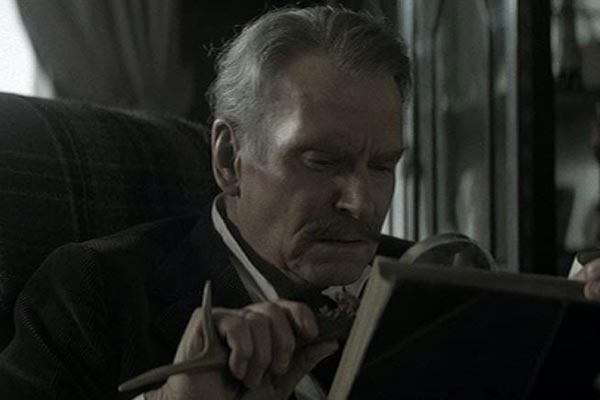 The best is, naturally, Langella who turns in one of the best performances I've seen from a Dracula. He's suave and dark, sexy and menacing, and he has such power in his performance here. This is the Dracula all other versions need to measure against because Langella embodies all the qualities you expect from a self-assured vampire that's lived for centuries and is at the absolute top of the food chain. It's so good.

Even despite one weird, very 1970s sequence in the last act, this film really delivers. It's a great Dracula film and the perfect capper to this year's marathon before you turn off the lights and head to bed. That is, if you can sleep after all these horrors...