The Scorpion King 2: Rise of a Warrior

I think we can all agree that the first Scorpion King film was not a good movie. It was fun, but really stupid, and it certainly didn't feel like the kind of movie that would launch a franchise. The Rock didn't seem to think so as he bailed after that film and most audiences had to feel like everything that needed to be said about Mathayus had been said between that film and the previous movie, The Mummy Returns. 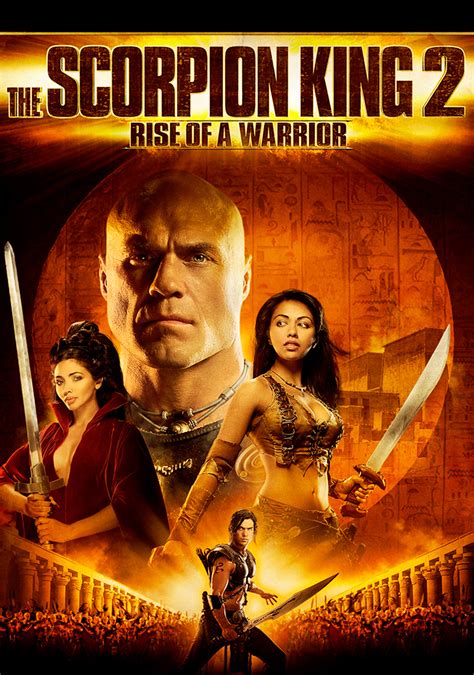 And yet, a franchise was what Universal desired, even if they couldn't get the Rock back for it, and even if audiences didn't flock to the first film in this burgeoning series. They had a new character, and someone had to be interested in him, right? That's the only reasoning I can think as to what the series actually continued with The Scorpion King 2: Rise of a Warrior. This film (which, despite the "2" in its title, is a prequel to the whole franchise), looked to extend out the character and grow him into someone audiences would want to continue watching. It hard to say it was successful from any perspective.

In fairness I do have to note that, as a direct-to-DVD continuation of the franchise, expectations do have to be lowered and, for a review like this, I have to take into account the way it was published. That said, Universal wanted people to pay good money for this film, and then also spend an hour-and-a-half watching it (well, okay, Universal just wanted the cash but the expectation was that audiences would then watch the film). All things considered, I just don't feel like I can cut this film that much of a break. It's a bad movie, released to video instead of in theaters to cover for the shame of it.

Set in the early days of Mathayus's life, we're introduced to the (soon to be one day) Scorpion King as a little tyke (Pierre Marais). Growing up with his hero father, Mathayus wants nothing more than to be a honorable soldier serving the King of Akkad, although his father doesn't want this. Mathayus sneaks off to the games where young men prove their worth and get chosen to be among the royal guard, but during the event Mathayus acts up, defending his friend Layla, and almost gets killed bu head of the royal guard, Sargon (Randy Couture). Seeing the kid's courage, the King chooses Mathayus for his guard program. Sargon is pissed, though, and sends dark magic to kill Mathayus's father in his sleep.

Years later, having trained away from the city to become a great warrior, Mathayus (now played by Michael Copon) joins the royal guard all so he can get a chance to kill Sargon (who is now the king) and avenge his father's death. But things don't go as planned, due to Sargon's dark magic. Mathayus has to flee Akkad and find something that will help him defeat Sargon once and for all. Joined by his friend, Layla, and a bard, Ari, the three head to Egypt to look for a powerful relic. In the process they'll end up battling a minotaur and venturing into the land of the dead, all for a quest to rise up and become a true hero. 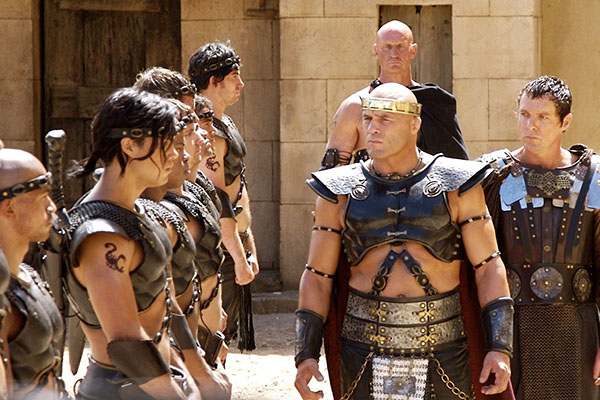 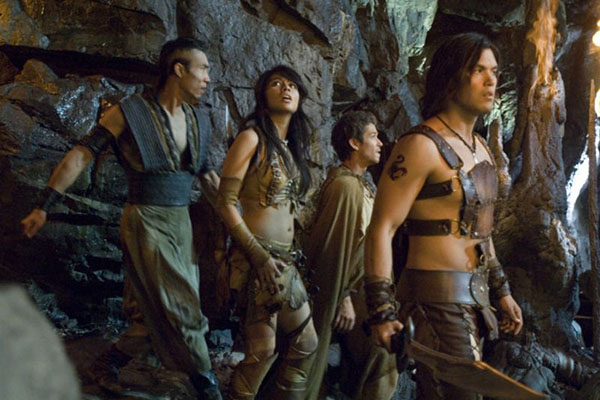 My first question, when starting up this film and knowing it was a prequel, was what exactly was this film supposed to tell us that we didn't know already? Mathayus was already illustrated to be the greatest Akkadian warrior (and one of three still alive at the start of the first film). Since he's also the last Akkadian warrior by the end of the first film, would this movie document how Akkad fell? No, it doesn't handle that. Would it illustrate something that would later show us why he became a Scorpion King? Not really either. This just seems to be a "Young Mathayus Adventure" for the sake of itself.

It's annoying really because this is now two films about the Scorpion King, and we're no closer to him becoming monster we saw back in The Mummy Returns. We still don't understand why he decided to sell his soul to Anubis (not more than was told in a quick voice over in that Mummy sequel), and this film fails to illustrate anything about the younger version of the heroes that helps us understand him in any real capacity. This film is far enough removed from the first movie that (like with The Scorpion King to The Mummy Returns) it could titled something else and we'd be no wiser.

On its own, then, this film has to be judged, and from that angle it really fails. Mathayus's adventure is barely a story at all. He, and his two friends, go to Egypt, immediately fall into a trap, wander in the Labyrinth, fight a minotaur, end up in the underworld, wander around so more, luck onto a sword that will defeat Sargon, and then run away so they can fight Sargon. It's a glorified fetch quest, told against some cheap backdrops and a bit of green screen, but the actual success of the hero is never in doubt. One, we know he survives any adventure he goes on because he eventually has to live to become the Scorpion King, but also the film never treats our young hero as if he's ever in any danger. He has plot armor and its obvious, draining all the life out of the action.

It doesn't help that Copon is about as charismatic as a lump of brick. He's not bad when he's smiling and palling around with his companions, but whenever he has to be an action star, doing that whole "Rising Up as a Warrior" that the title promises, the film falls apart. He's not credible as an action star and generally looks lost. More amusing is any time he tries to act like the Rock (one particularly egregious example, when he strikes a pose and does the Rock's "People's Eyebrow" is just incredibly sad). I don't know if there are many actors that could have saved this role -- few people are the Rock -- but Copon, while maybe being the best the money could hire, is still not very good. 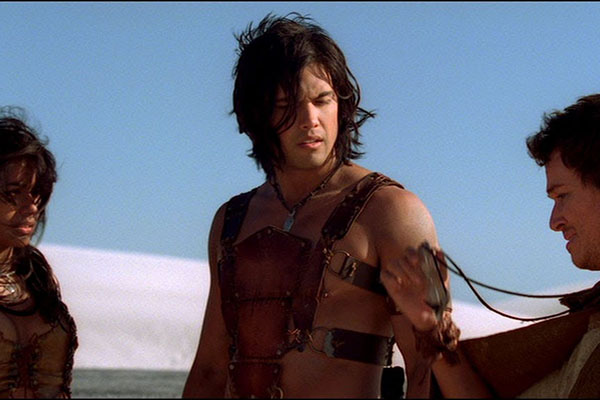 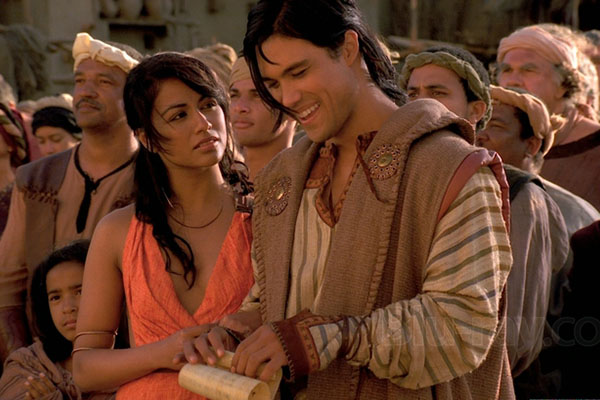 Not that anyone fares well in this film. The best is certainly Quarterman, a charismatic actor that knows the level of trash he's in and revels in it. The rest of the cast, from bland slab of man meat Randy Couture to out of her depth Karen David, turn in C-grade performances that you forget about the second they close their mouths. Everyone in this film (Quarterman excepted) seems like they walked out a particularly bad episode of Hercules: The Legendary Journeys, which is also the same production quality of the rest of this film. It's a cheap, bad production made to try and capitalize on the name "The Scorpion King".

Every movie in this series is forgettable trash, and that honestly includes the first one (dumb fun as it is). I can't say this is the low-point for the series but it also doesn't get much better from here, sadly. We're in the dregs of the Universal MonstersThis franchise, started off with Dracula and Frankenstein in 1931, was a powerhouse of horror cinema for close to two decades, with many of the creatures continuing on in one-off movies years later. labyrinth and we're going to have to go through to get out.