Actually Ending on a High Note

The Scorpion King: Book of Souls

I have to say, the whole of Scorpion King series is a roller coaster ride, taking you from some decent highs down to valleys of utter shit, before swinging you right back up again. It reminds me of All-Star Batman and Robin from Frank Miller which would be amazing and utterly balls-out bonkers idiotic in the span of a few pages. That's the Scorpion King across the swath of five films (six counting The Mummy Returns). 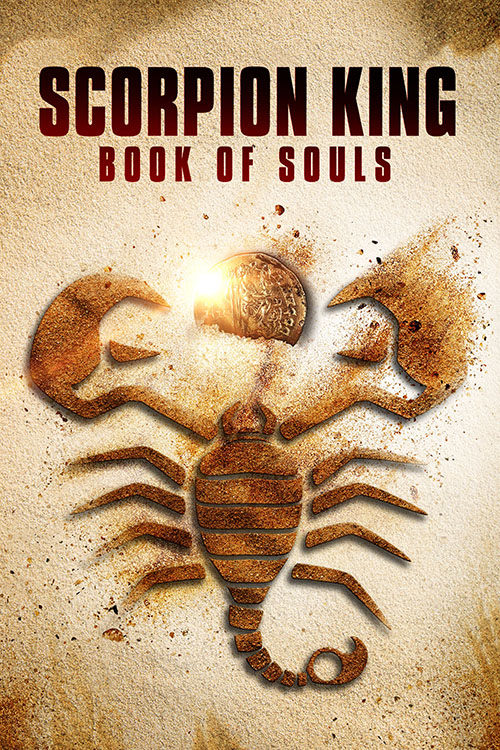 If we look at the series of films we had the stupid Mummy Returns followed by the enjoyably stupid The Scorpion King. That led to the wretched prequel, Rise of a Warrior, then the better than it had any right to be Battle for Redemption, and the insultingly awful Quest for Power. Following that pattern, Book of Souls likely could have been good but, considering the low-lows of the series no bets were safe3. Thankfully the film does actually follow the pattern, and then some, giving us one of the best films in the series (if not the actual best, as low of a bar as that is).

Book of Souls makes the smart play, early on, of ignoring everything that came before it (barring the first movie and the Mummy film. Although none of the movies had very strict continuity (not even parts three and four, which had the same lead actor), Book of Souls flatly refuses to discuss anything that happened in those other movies. Instead it sets Mathayus (Zach McGowan of Black Sails) up as a blacksmith, one that's sworn off questing because, up until that point, no good has ever come from any of his previous adventures (previous endings of those films, obviously, having no bearing on this film). Despite not wanting to get sucked into adventure, adventure comes for him when the hordes of the Nubian God-King Nebserek (Peter Mensah) come looking to kill Mathayus. It seems Nebserek read the liner notes for the DVD and realized the only person that could potentially defeat him was our title character.

Having this evil army on his tail, Mathayus has to team up with a dethroned Nubian princess, Tala (Pearl Thusi) to find an artifact that can depower Nebserek and make him mortal. It seems that Nebserek has the sword of Anubis, which steals the souls of the men it kills, powering the owner of the sword while condemning the souls to the titular "Book of Souls". If Mathayus and Tala can find the book, and destroy it, the can break the sword and save the day. Only problem is the book isn't actually a tome in the traditional sense; instead its a poor woman, Amina (Katy Louise Saunders), who has lived for hundreds of years ad tattoos of the men that sword has killed are etched on her body. Her death would destroy the blade, but can Mathayus condemn the girl to death to save all of humanity from Nebserek's evil?

A problem the Scorpion King series has is that it could never shake the feeling that it was just a low-rent rip-off of the already low-rent Hercules: The Legendary Journeys. This is, frankly, and issue a lot of swords-and-sandals epics have when they feature any kind of fantastic elements to them. Limits of budget, ability to convey the supernatural, and stars that can sell the shtick are all needed to make a movie in this genre watchable, and many of the Scorpion King films were far from watchable. The ones that works leaned in to the cheesy qualities of the production at just the right angle to have fun with the material without falling right into brainless self-parody. Few, though, have managed to elevate the material to the level the 2014 managed. 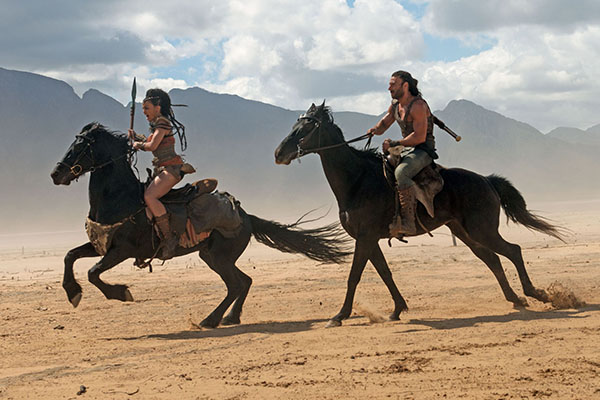 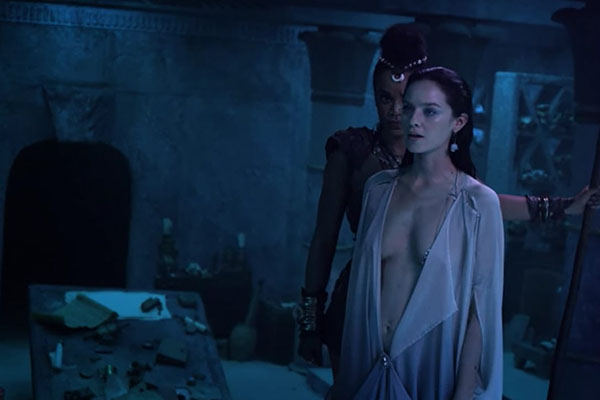 To the credit of Book of Souls, this film does about as well as it could with the made-for-video budget. It hired a cast of actors that had proven themselves reliable on TV and movies -- McGowan, of course, alongside Pearl Thusi (Quantico and We Assassins), Howard Jones (The Musketeers), Nathan Jones (Mad Max: Fury Road) and Peter Mensah (the most famous actor, who's been in a ton of stuff from Highlander: The Raven through to Agents of SHIELD) -- and then gave them a story and material that was just good enough that they could actually work with it. It's not the most epic story -- yet another simple fetch quest, like all the films before -- but it has just enough spark and style to work for the direct-to-video format.

It's McGowan who anchors the movie and makes it work. As noted, the actor proved himself on Black Sails where he played the double-crossing Captain Vane. He's had a number of roles since then, always seeming like the most charismatic person in the room even while playing some random side character. He's generally better than the material he's given, this film included, but in this case he elevates everything around him and makes the film that much better by comparison.

The story is solid enough for what it is. While it is just a fetch quest -- go find this temple, get this item, go to this temple, do this thing, then destroy the magical blade and the warlord with it -- there are decent twists along the way. The big twist, that Amina is the Book of Souls and it's either kill her or risk the world, adds some actual stakes to the whole film. Now it's not just a simple story of good and evil but something that pits the characters against their morals and forces all of them to grow and evolve as people, to sit down and think about what they're actually trying to accomplish. Better than the stories of the previous films, for sure.

On top of that, this is easily the most professional looking film in the set (and that includes the first movie). The budget for the film was put to good use, build sets that looked authentic, clothing the characters in something more than rejects from the costuming department, and investing in practical effects (like the golem suit worn by Nathan Jones) instead of going with cheap looking CGI. The director, Don Michael Paul, had an eye for the kind of film he was making and manages to keep everything looking good while still working on a small-budget film like this. 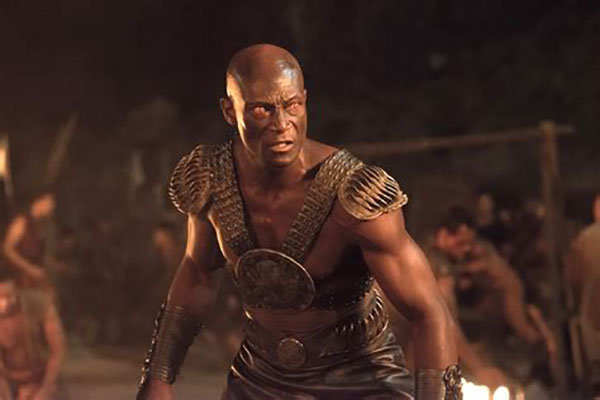 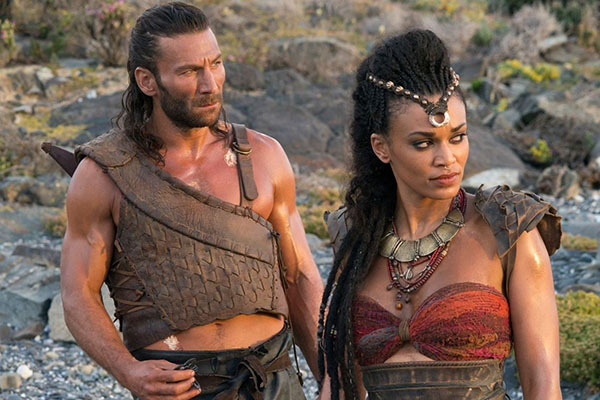 Frankly, if we could have just had this film, and the first one, I would have been satisfied with this series (maybe throw in number three if we're feeling generous as that wasn't such a bad film). This film is legitimately too good to be in this shitty series, but it's obviously the name "The Scorpion King" that got it made. I don't know how many people would bother watching this film considering the crap that came before, as the whole series is basically tainted due to, frankly, all the movies that came before. I'd actually recommend this film to people that like low-budget action/fantasy films, and that's not something I expected to say about any film in the Scorpion King series.

If there's any real flaw with this low-budget film it's that it still doesn't actually give us the answer as to how Mathayus finally came to rule a country again and then was forced to forsake his soul, selling it to Anubis to protect his people. Considering, though, that film is currently dubbed as the last entry in the series, I'm guessing we'll never see that sequence in a film, either.