(Ghost) Lady On a Mission

When we think of the Universal MonstersThis franchise, started off with Dracula and Frankenstein in 1931, was a powerhouse of horror cinema for close to two decades, with many of the creatures continuing on in one-off movies years later., generally the impression is that the films are all a connected series of horror films, joined by a few crossover pictures late in the series run. Dracula, Frankie, and Mummy all eventually got to hang out (like the monsters on boxes of Halloween cereal), scaring people and having a bloody good time doing it. The truth is, though, that most of the films in the collection weren't really horror at all, and even less of them were directly connected in any meaningful way. That was true for Dracula, for many of Universal's classic werewolf films, and especially true for the Invisible Man. After two connected films, The Invisible Man and The Invisible Man Returns, this third film in the "series" ditches all the previous continuity and starts fresh. As a comedy. 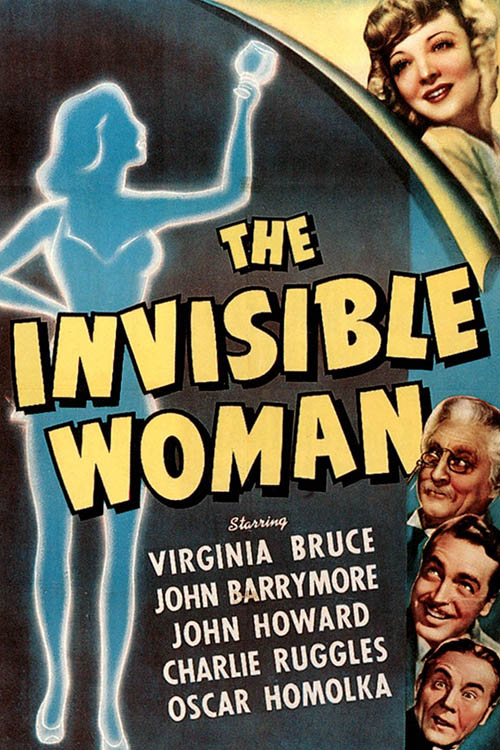 Yes, the horrors of science gone wrong are traded for screwball comedy and romance as The Invisible Woman leans into the popular movie trends of the era. This film is less Universal Horror and more akin to a Thin Man film or Bringing Up Baby. It's light and fizzy and even the few moments of danger the movie tries to raise are quickly brushed aside so the film can get back to the pratfalls and laughs. And, to it's credit, it does work. It is at least an original film with a new story in a series that, otherwise, would have easily run itself into the ground at this point.

The film opens with millionaire playboy Dick Russell (John Howard), who has a big problem: he's broke. He's spent so much of his inherited fortune on parties, women, and booze that he's all out of cash. What he needs is one good idea, one real money-maker, to get back in the game and put his accounts in the black. For years he's been funding Professor Gibbs (John Barrymore), a mad scientist with a lot of crazy ideas but not much to show for it. That all is going to change, though, since Gibbs has invented an invisibility device. A quick dose of drugs, and a step into the machine, and moments later someone would step out completely invisible (assuming, of course, they were naked as the clothes don't become invisible). All Gibbs needs is a test subject to show it off (or not show it off, as we're talking about invisibility).

Enter the skirt, Kitty Carroll (Virginia Bruce), a young working gal who has a crappy job, few prospects, and is desperate for an adventure. When she sees an ad for an "invisibility experiment" she quickly applies (even though it won't pay). Soon enough she's at Gibbs's lab, undergoing the treatment... and it works. Invisible she gets to charge around, righting wrongs in her life and enjoying the fruits of her invisibility (while it lasts, of course). The only problem is that some others have also seen the ad for the experiment and they want to get their hands on the device. It'll be up to Kitty and Gibbs to stop these criminals and prevent a wave of invisible crime across the country.

As I noted, The Invisible Woman is a screwball comedy. Although past films played up the horror of the science -- the drugs that renders someone invisible also slowly drives them mad, leading them down the path to destruction and death all Universal Monsters suffer -- this film ditches all those dark matters. Kitty's invisibility isn't permanent, won't drive her made, and is actually rather fun. It gives her a chance to let loose, to be her best self, and maybe to find that adventure she was always looking for. Oh, and love, because this is also a romance. 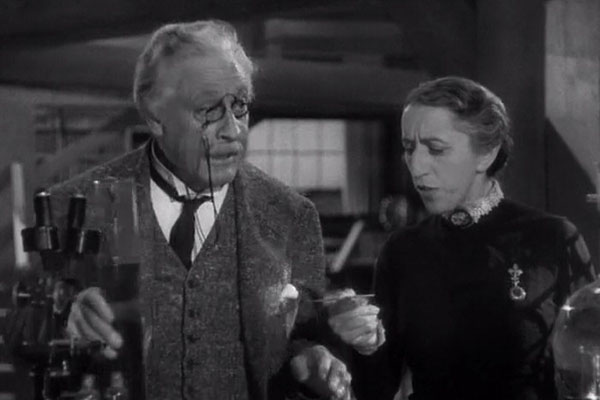 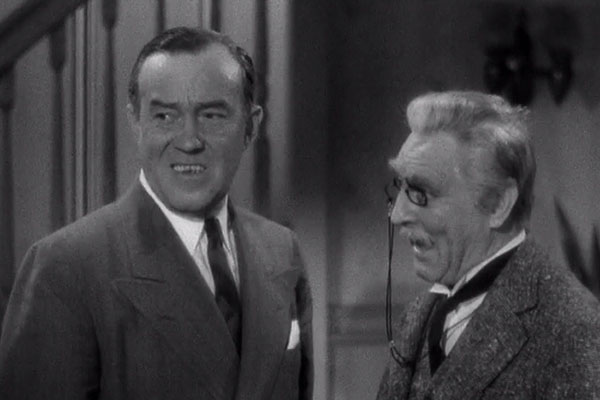 Romantic plot lines have been a part of the Universal Monster films for a while, often with the monster having a damsel on the side, someone they can love (and be loved by in return), all to make their eventual death that much more tragic. Of course, this is the first time where one of these movies has played up the love story as a happy affair, a good thing for the characters involved -- Kitty and Dick -- as they find each other and learn to love each other for who they are. It's a nice change of pace and aids the tone of the movie.

That said, considering how few female leads have headlined these movies (Dracula's Daughter and She-Wolf of London are the only ones that come to mind as the Bride is barely in Bride of Frankenstein), it would have been nice if the Invisible Woman could have found her happiness without it having to be in the arms of a man. I understand the romantic comedy genre of the period and what Universal was playing into, I just think Kitty had more going for her than to be a love interest for her male co-lead.

The romance story, though, is the best part of the movie. I really did enjoy the banter between Kitty and Dick once the two characters came together. The film is also able to mine a fair bit of risque humor from the fact that Kitty spends most of the film naked (even if we can't see her, of course). It was actually a much more mature movie than I expected from Universal in this era and I'm just a bit surprised the film made it past the censors. Good on the studio for making this film despite the norms of the era.

That said, the rest of the humor of the film is much too broad and over the top. It starts with Dick's butler, George (Charles Ruggles), who is constantly falling into the biggest pratfalls he can manage. The film features so much mugging, so many slapstick moments, so many broad jokes, that all becomes so much noise. I realize this is a film about an invisible woman, but everything around her is so comedically over-the-top that she ends up the most realistic thing about the film. If they could have pulled it back about twenty percent or so the film would have been much more enjoyable. 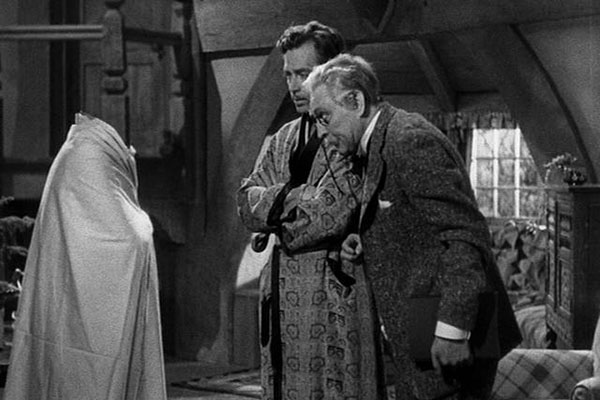 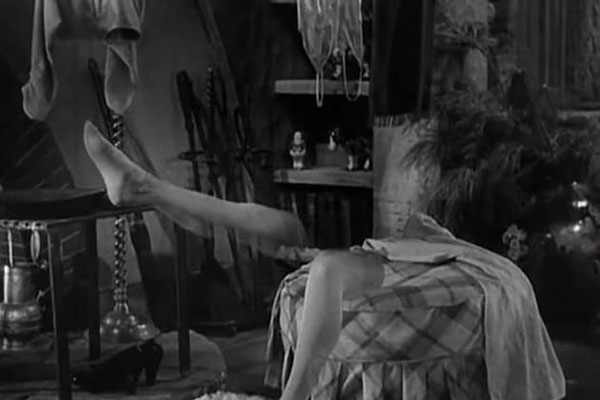 What's worse is that the special effects for this film ended up worse than in the previous efforts. A long sequence with Kitty, now invisible, terrorizing her asshole boss, features a number of effects shots where Bruce, in her matte suit, is clearly visible. Black-suited hands show up at awkward moments, outlines of the character are often visible, and there are times where the matting effect causes objects to become semi-transparent. You'd think, after making three of these films, the studio would be better at this, but sadly not.

Still, I did find myself enjoying the movie. After the first couple of groan-worthy minutes, once Kitty is introduced, the film gets a good energy to it. Virginia Bruce really does have the star-power to carry the film, even if she's just a voice for half of it. Even with the broader comedy and the wonky effects, it's Bruce who really makes the film work; it all rests on her shoulders and she sells it. The film is at its best with her (or her voice) on screen; its when the film works. While it might not be the best Universal Monsters film in the set, it's still an enjoyable, effervescent affair that moves at a fun clip and tells an amusing story. Sometimes that's all you need.