After the 2000 Verhooven-directed Hollow Man, many of us had to have felt like, "one was enough. No point in making more." And, for most of us, that's all we saw of this "franchise" -- most of us could go through life unaware that any kind of sequel was released for this failed re-imagining of the Invisible ManOriginally created by H.G. Wells, The Invisible Man is probably best known from the series of Universal Monsters featuring various versions of the titular character.. And yet, a couple of years back, when browsing a used DVD store, I found a copy of Hollow Man 2 and I had to think to myself, "god, why?" 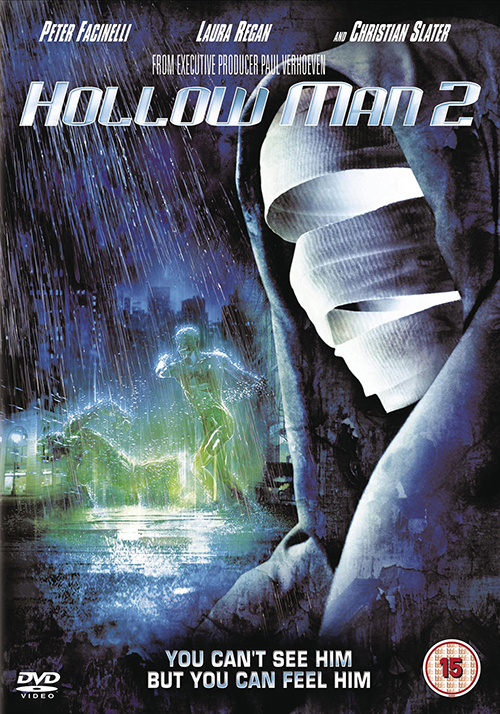 Let's be honest, here, the first Hollow Man said everything that needed to be said about the concepts at play. Man is a dick, man goes invisible, man creeps on women and then starts killing. It's a power fantasy given to one of the worst people possible all so we can then see what they'll use their powers for, when obviously we know the answer: evil. Whatever Hollywood might have felt about the matter it wouldn't seem like there would be much the film could explore about the "science" that would fill a second movie. And that's true; the second Hollow Man gets around that problem by largely ignoring everything about the first film to tell a completely different (but no less silly) tale.

The sequel opens with a murder mystery: after a guy somehow dies at a cocktail party, brutally murdered in a bathroom with absolutely no one seeing anyone else go in or out (or seeing a killer drenched in blood leave the premises), detectives Frank Turner (Peter Facinelli) and Lisa Martinez (Sarah Deakins) are called in. Their case, though, is quickly taken over by the Feds and our two Seattle police are sent to guard a woman that the Feds think might be targeted next: Dr. Maggie Dalton (Laura Regan). And the Feds are right -- soon after the cops settle in for a stakeout to keep Maggie safe they're attacked by an invisible foe. Martinez is killed while Turner takes Dalton on the run to try and escape the Invisible Man.

But there's more at play here than just a simple experiment gone wrong. As it turns out the invisible man, Michael Griffin (Christian Slater), was the third such test subject for a program to make an invisible soldier for the U.S. Military, and he was by far the most successful. After a series of hits, though, Michael went AWOL and the government is trying to recapture him. Meanwhile Michael needs a cure to help abate the effects of the invisibility (including every cancer ever) or he will die. It's a race against the clock for all parties to see who will be the last one standing: the government officials, Griffin, or Turner and Dalton.

Considering it's modest budget (as a direct-to-DVD feature), it's no surprise that Hollow Man 2 isn't a CGI-driven blockbuster like the original. Gone are the elaborate shots of people slowly becoming invisible (or visible again), with all their veins and organs slowly coming into view. Heck, we don't even join the movie until three people have already been made invisible and, even in flashbacks, we never get to see that process in CGI-laden detail. Instead this effects on this movie have much more in common with the original Universal MonstersThis franchise, started off with Dracula and Frankenstein in 1931, was a powerhouse of horror cinema for close to two decades, with many of the creatures continuing on in one-off movies years later. Invisible man films -- lots of voice over and a bit of matting and compositing. The effects, such as they are, are pretty good but anyone looking for a sequel in the vein of the effects-driven original would leave the film disappointed. 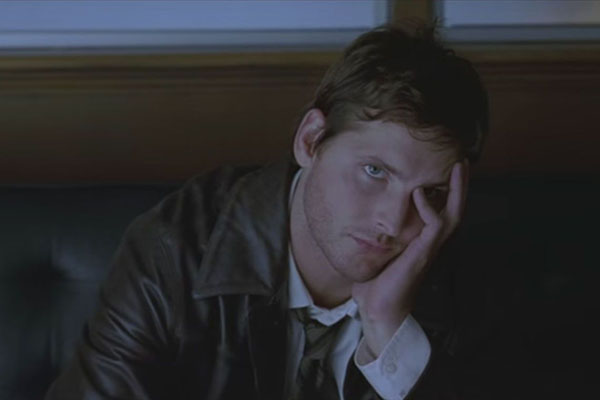 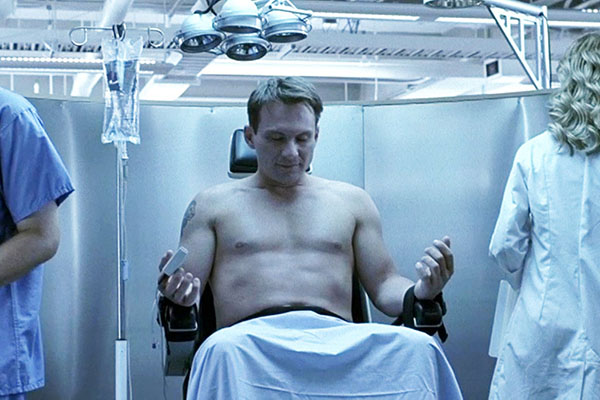 Not that there's much else here to make them care about the film, really. The film really wants to be a cool little story about government intrigue and bad actors but it doesn't have the budget, or intelligence, to pull off anything remotely like it wants. It isn't really a police procedural since the cops are barely in the movie, outside of Turner, nor is it a proper government thriller largely because the government goons are so inept, and have such small roles in the story, that they're practically a non-factor. They exist as a motivator for the story but they aren't really a factor in the plot as it moves forward.

If there was a solid villain that stood out among the faceless government suits that part of the plot line might have played better. But, despite literally watching the movie yesterday before writing this review I can't remember anything about any of the government types at all -- not who they were, what they did, or why they existed. Their whole reason for existing was th act like a Greek Chorus and tell us, "Michael is bad, he must be stopped." Of course, we're introduced to him killing a dude in cold blood so we already got that message. Thanks, though.

There's more thrill in the film from the cat and mouse between Turner and Griffin, and the few times they go head to head are actually pretty solid. Even without CGI the film is able to get some good horror and effects, using noises, sudden crunches and thumps, to indicate the Hollow Man is nearby. Meanwhile, you don't need CGI for an invisible dude attacking someone when then just faking being hit and falling over works just as well. It's silly if you try to view it out of context, but the movie makes it convincing enough that it's believable.

And that's not to say there isn't some CGI in the film. There are a few times where Griffin has to use a temporary healing serum to repair damage, and you can see all his damaged veins as they slowly bleed. Then there's a pretty solid fight at the end of the movie, out in the rain, with CGI water highlighting the invisibility. It's solid for what it is, and it actually looks believable (despite the budget). 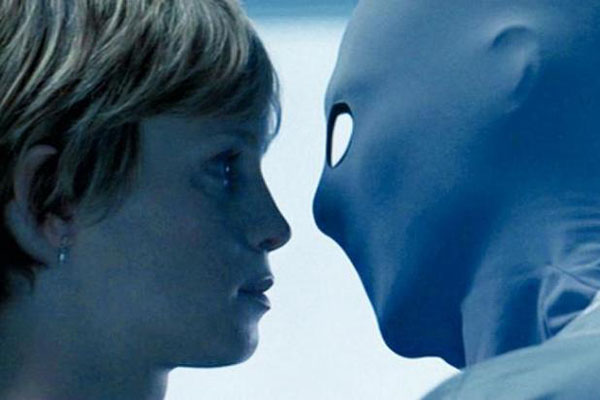 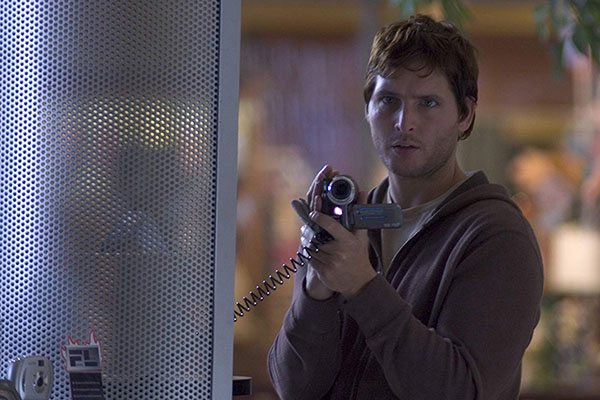 But the fact is that there just aren't enough of these moments to carry the film. Despite a game performance from Peter "I was once in Can't Hardly Wait" Facinelli, as well as solid backup from Laura "you've never seen anything I've starred in" Regan, there isn't enough substance to carry the film. Where the original could get by on CGI, violence, and nudity, this film barely has anything to keep the audience focused on the movie (and not their phones). It's slower, flabbier, lacking the dynamic direction of the original. It's a sequel that gets by on its name alone, and even then doesn't really try once the DVD is in your hands (you poor sucker).

It's hard to expect much from a direct-to-DVD feature and I went into the film with those lowered expectations. I didn't hate the movie, but I have admittedly sat through more bad Invisible Man films than most sane people, and even I was starting to get a bit bored with the movie in places. At times it tries, but more often than not it fails, coasting by on the idea of the Invisible Man (and name recognition of Hollow Man) to try and carry it to the finish line. And then, right as the credits are about to roll, it sets up a potential sequel. Thanks, but no thanks, Hollow Man 2. I have lowered expectations than your average viewer and even I would have refused to see a third one of these.

Okay, no, that's a lie. I'd probably have watched it, too. Thankfully nothing has ever been said about a Hollow Man 3 so I think we're all been spared that misery.