Return of the Fly

It's hard to say that the 1958 The Fly really needed a sequel. It's a self-contained story about science gone wrong, the hubris of one man, and the horror that results from it. The film ends with that scientist, Andre Delambre, dead, and the crimes around his death covered up to protect all the innocents. But with the main character gone, and his experiment destroyed, what exactly would a sequel do? Why would a sequel even be needed? 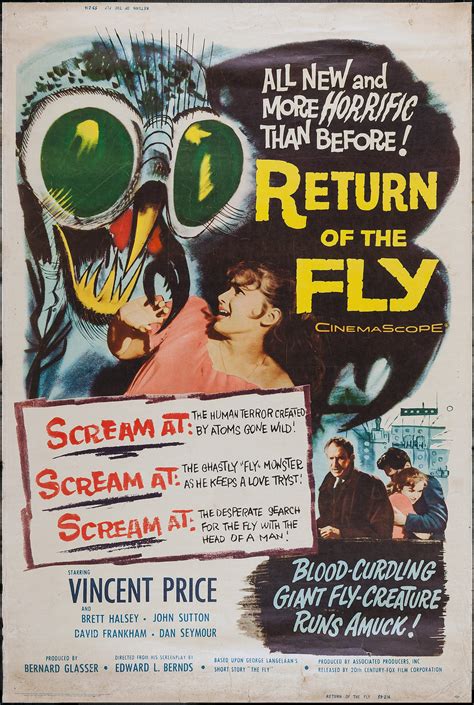 Said sequel, next year's Return of the Fly, doesn't really have an answer for any of this. To create a sequel for the original, Return more or less goes through the motions of the original, having Andre's son, Phillippe (now played as an adult by Brett Halsey), recreate every step of the original experiment so he can "prove his father right". But while the film at least adds on a new angle to the proceedings -- Phillipe brings on a lab assistant who betrays him for cold, hard cash -- the bones of the story are exactly the same. This film does what most sequels do: create the same film all over again, to less impressive results.

When Phillipe's mother dies, the son, and his uncle Francois (a returning Vincent Price), meet to bury her in a small ceremony. But the questions about what happened to his father, and why neither his mother nor his uncle would ever explain anything, still plague the young man. Finally, Francois relents and shows Phillippe Andre's old lab. He then tells the whole sordid tale -- Andre's experiments, his successes that led to his failure, teleporting himself across his lab but accidentally allowing a fly into the container with him, creating the man-fly hubris that eventually had to be killed. This is when Phillippe reveals that he's been studying his father's notes and has been rebuilding the machinery so he can recreate the experiments and do it right.

Francois is, of course, shocked and forbids Phillippe from continuing, but Phillipe ignores his uncle. Instead he brings on a partner to assist him in the lab, Ronald Holmes (David Frankham), and the two get to work finalizing the experiment. But Ronald has his own plans: he's regularly gone from city to city, finding brilliant minds and stealing their big inventions to sell to the highest bidder. He plans to do the same thing here, but when Phillippe gets suspicious, the two end up fighting. Ronald knocks Phillippe out and puts him (and a fly, just to be a dick) into the machine, creating a new man-fly hybrid. Phillippe is now a monster who has to get his revenge and find a way to restore his old self before it's too late for any of them.

I can understand the impulse to craft a sequel. The original film was a success and certainly there had to be new material to mine out of this story, right? The problem with that is original short story the 1958 film was based on didn't have a sequel, so there was no source material to work from. Whatever was created was going to be made whole-cloth, so the producers had to come up with some riff on the original material that still had the angles of "science gone wrong" and "man turned into man-fly". 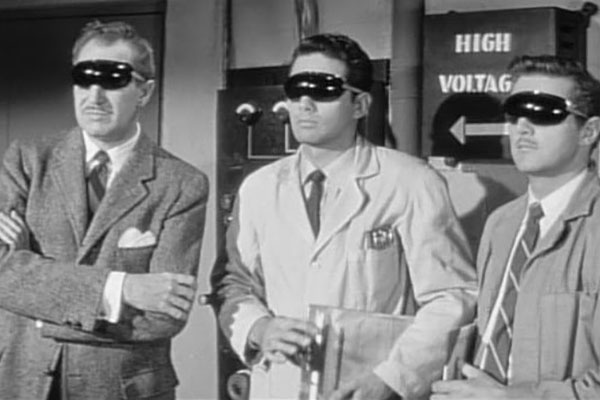 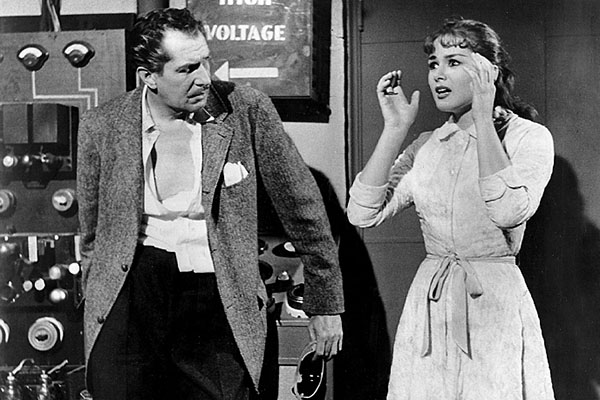 This is a lot like how the various Frankenstein films extended the original source material, just by riffing on the same thing over and over again on the same thing -- science gone wrong and a human brought back to life -- while very rarely coming up with anything new. In fact, you can see a kind of a parallel here, with the 1958 The Fly series using the same series extension mechanics that the Universal Frankenstein films did, right down to having the son recreate the original experiments (see Son of Frankenstein).

Of course, if you've seen any of the Universal or Hammer horror continuations of Frankenstein then you already know the problem this film faces: there are only so many times you can illustrate science gone wrong before you start to retread the material, and very often that limit is one film. Without new material to work from, the producers only have the original story to re-adapt, which they do in the strictest fashion. Phillippe visits the old lab, he recreates the same experiments, he sends an ash tray and then a guinea pig as his father did, and it's all the same, over and over again.

One thing the original film had going for it, that kept it from feeling like Frankenstein riff just with a different monsters, was the way the film was told. We don't come into the story until the monster (the Fly) has already been made, the experiment is over, and the monster is destroyed. The whole plot of that film is learning the mystery of it, to figure out what happens, and then the slow build to the inevitable horror and dread. It's a master work in anticipation coupled with a pretty solid mystery (so long as you don't already know to expect a man-fly in the last act).

Return of the Fly (which is really a misnomer since we're not getting the same man-fly but a new one in this movie) doesn't try for any of that. Instead of presenting a mystery and keeping us guessing about how things happen, this film just lays everything out in linear order. There's no mystery, no guess work. Hell, even the bad guy of the piece, Ronald, reveals his intentions quite early there's no twist at all when he eventually goes bad. Where the original film worked to keep us invested, Return of the Fly just goes through the motions. 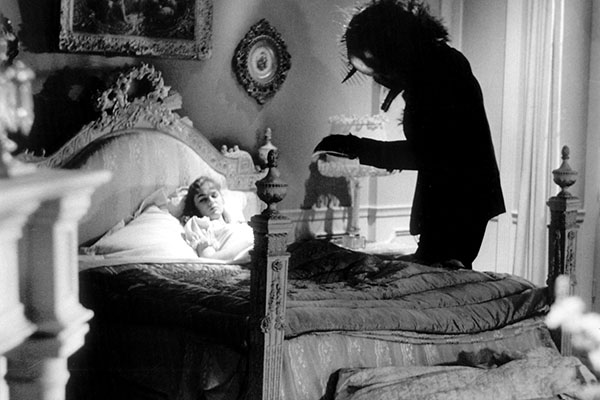 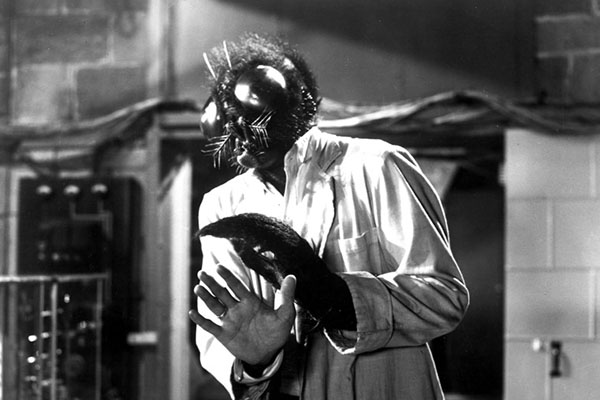 In just about all regards this film is a lot like the horror movies from Universal and Hammer. It gives us the same story again, with weaker actors and a lower budget, conveniently retconning ideas (there's suddenly a second basement lab, and there's a detective we've never seen who was somehow involved in the original case) all so it can try and stretch the source material further. And, like in those other film, this movie brings back the one recognizable actor to try and get audiences to care about the sequel. Vincent Price returns, but it's hard to say he's given anywhere near as much to do; mostly he stands around on the sidelines of a few scenes and looks pensive, which is a waste of his talents.

Maybe there's some germ of an idea that could make for a solid The Fly sequel, but this movie isn't it. It lacks the necessity of story, the solid special effects, and the great acting that sold the original. It's whole point of creation was to bank on the name of the original film, which is does, but in the process it fails to do anything else. It's a fine, mediocre sequel to a fantastic original and suffers greatly for the comparison.