It's Time to Pupate!

When it comes to unnecessary sequels, I can't really think of any poster child better than The Fly II. Considering where the first film in this series, The Fly (the 1986 remake of the 1958 original), ended at -- the titular character was dead, the love interest was going to abort his child, and the experiment that created "The Fly" was effective destroyed -- it's hard to think how a sequel could even be possible. 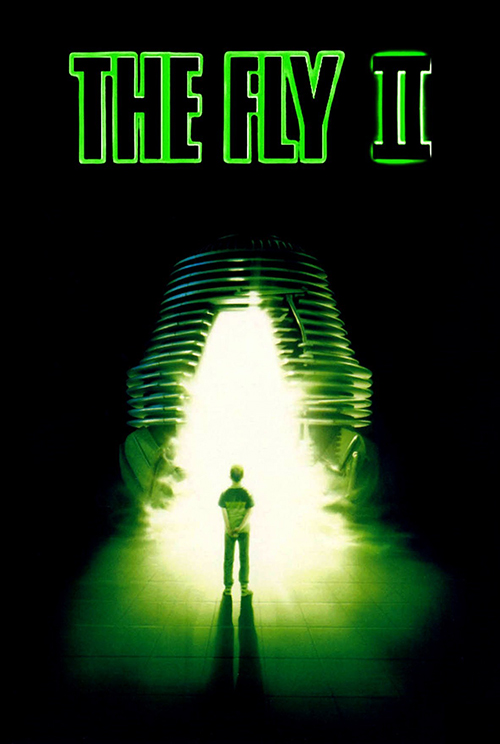 Of course, never doubt Hollywood's ability to resurrect a series from an obvious ending. Much like how the 1958 original elected to continue the series by focusing on the child of the original Fly in Return of the Fly, this movie, too, focuses on Seth Brundle's offspring. You thought he was going to get aborted because his mother, Veronica Quaife (now played for one scene by Saffron Henderson), did want the child? Well, this film ignores that and opens with the kid's birth (and the mother's death). There, problem solved. Now we can have another "Fly".

Set five years after the original film with Seth's son, Martin (Eric Stoltz), grown to the body of a 25-year-old (because flies mature quickly, of course), we follow Martin as he's raised by the CEO of Bartok Industries, Mr. Bartok (Lee Richardson), at the lab in the corporate complex. Never knowing his parents, he treats Bartok as his surrogate father, while Bartok takes care of the boy because, as we all suspect, the boy could prove valuable to science. He's a genius, you see, and he might just be the key to unlocking the potential of Seth's original experiments.

One of the problems Bartok Industries runs into is that Seth took much of the knowledge of his telepod experiments with him when he died. Unable to finesse the machines the way Brundle could, Bartok's men are unable to teleport living matter (a problem, you will recall, that was in the first film). But once the telepods are handed off to a grown up Martin, he successfully figures out how to make the machines work the way Seth truly intended. However, Martin gets a pretty shocking bit of news: having grown to maturity he's slowly turning into a fly, much like his father did after that fateful experiement. Instead of helping, though, Bartok and his men want to study Martin. It's only with the help of a pretty girl he met at the facility, Beth (Daphne Zuni), that Martin might find a way to escape Bartok and cure himself of his genetic affliction in the process.

Let's be clear up front: The Fly II is not a good movie. There are any number of issues with the film, which we'll go over, but the biggest is simply the fact that it's a barely connected sequel that features neither of the leads of the original film (Gina Davis refused to come back because they killed her character in the opening sequence of this movie), focusing instead of people we don't know and telling a simple tale of corporate greed over the chilling matters of body horror. It simply misses the point of the original without adding anything compelling in to replace it. 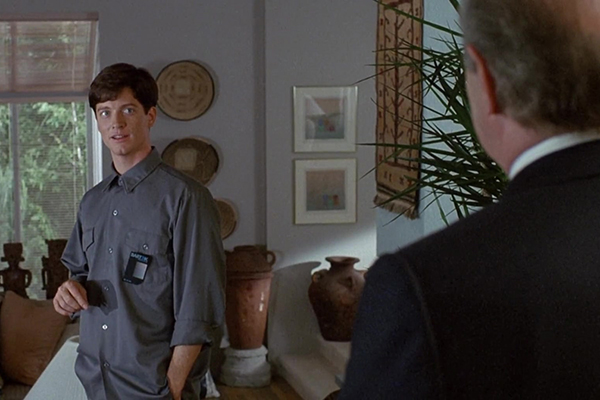 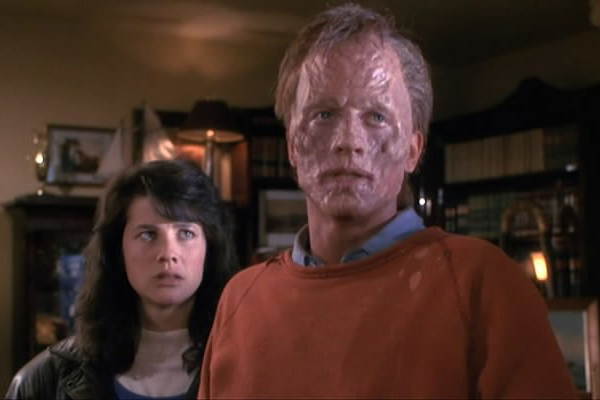 That said, before we really dig in to all the issues I had, let me just say that for a movie everyone rags on, calling it an awful waste of celluloid, this movie wasn't as bad as I expected (or remembered). It's not great, no, but it's at least decently put together for a mid-budget sci-fi/horror film. Yes, it has none of the artistic talent or merit of the original, but I've watched way worse sequels, and worse horror films in general, than The Fly II. If it had been an original, unconnected movie, it might even be considered pretty decent. It's the connection to the original film that holds it back, giving it big shoes to fill that it simply can't manage. Of course, without the original there would be no need for this film at all.

One big issue the movie has is that, despite its weird setup and long opening act as we watch Martin very quickly grow up, the meat of the movie is the same as the original film: a scientist is working on teleportation tech, meets a pretty girl and, via her inspiration, manages to figure out a major sticking point in his experiment. Sadly, at the same time he starts to change into a monster and she's forced to watch his transformation while being completely unable to stop it. The characters may have different names but they're going through the exact same motions.

Of course, the original movie from 1958 and its sequel had that same issue, both effectively telling the same story, so perhaps that's part of the DNA of the series (some pun intended). It's possible that, despite being more-or-less a retread of the 1986 film, this movie could have still been good. The other big issue, though, is that the pacing is way off. Cronenberg's original was a tight, focused film where this film feels bloated and sloggy. There's probably a good 20 minutes or so that should have been subtly cut out of the film to tighten the pacing and get everything movie faster. If that had happened, the movie at least would have been tense and taught (even if it wasn't very original).

And, to it's credit, it does at least bring the gore. The original film got pretty horrible and disgusting, going all in on the body horror over the course of its run-time (slowly watching Brundle turn into Brundle-fly is stomach-turning). This film doesn't have that same sense of pace, of course, and all the good body-horror and gore is packed into the last act, but once it comes the film goes all-in. It shifts dramatically from a romantic-drama with sci-fi overtones to a straight up monster film, and the film at least gets some energy out of it. That was greatly appreciated. 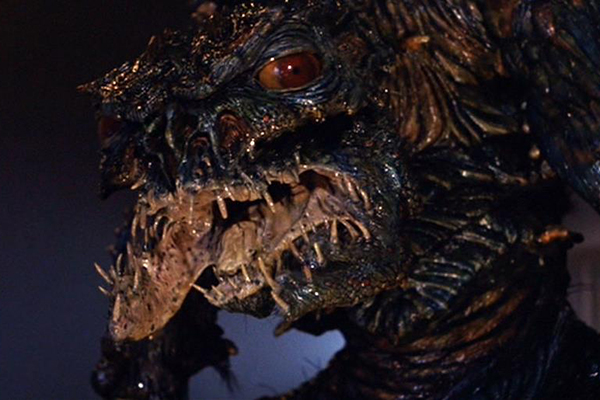 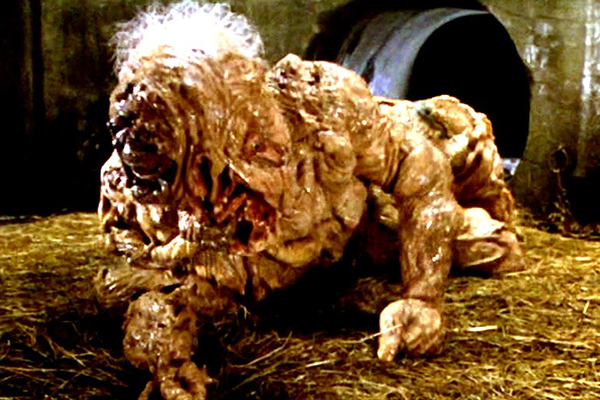 The monster effects, too, are pretty great. The entire last act features Brundle-fly II as a full monster creation, all puppetry and physical effects, and these are pretty solid. Whatever the film failed to spend on the rest of the film (it's a fairly cheap looking film with B- and C-list stars) it absolutely poured into the creature effects. While the monster doesn't look realistic, it at least looks authentic and moves really well. This film once again illustrates the power of practical effects because this monster wouldn't be anywhere near as effective if it were a CGI creation. It just wouldn't look or feel right, but this monster is surprisingly effective in this unnecessary sequel.

But that gets back to the point I've been going over, time and again, through this whole review: what was really the point of this film? There's nothing new we learn about the movie, about the world, or the characters from the previous film. Yes, it continues the universe of the series but it doesn't really continue the story. It's just another Fly, the same as the first Fly, and while that might have garnered more money for the production company it doesn't add anything new or essential. The Fly II is a cheap, less impressive, less artistic copy of the original. It continues the series but that's just not enough to qualify as good or justify its existence. Outside of people like me, there's absolutely no reason why anyone would want to care about this sequel. It's fine, but not great, and has been rightly forgotten by the rest of the viewing public.