Okay, People, This Is Gonna Get Bleak

After going through and reviewing the 1982 horror classic The Thing and its 2011 prequel, I was reminded on another movie in that set that I wanted to take a look at again: The Hateful Eight. Like The Thing, Hateful features a steadily dwindling cast of characters locked into a building as a blizzard rages on. Also, both movies are uncompromisingly bleak. 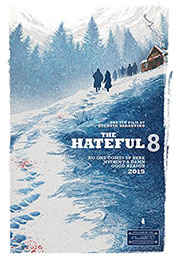 This isn't just some weird thought experiment to have either (unlike my contention that Scott Pilgrim and Fight Club have very similar story beats). In this case, the film's writer/director, Quentin Tarantino, wanted it to be explicit that The Hateful Eight was a direct homage to the 1982 The Thing. The film, which is Tarantino's first to have an original score, was scored by Ennio Morricone who also scored The Thing. It even uses three unused tracks from the 1982 film's original score. Tarantino wanted this homage to be pretty explicit.

So, since he wanted us to notice the homage, let's see how it plays: Out in Wyoming, sometime after the Civil War, and during the dead of winter, a stagecoach comes across Major Marquis Warren (Samuel L. Jackson), a bounty hunter looking to transport three bodies to Red Rock. On the stagecoach already is bounty hunter John "The Hangman" Ruth (Kurt Russel, also of The Thing) and criminal Daisy Domergue (Jennifer Jason Leigh). After much discussion (as this is a Tarantino movie), Warren boards the wagon. They have to make haste as they're being chased by a powerful blizzard. Soon they're joined by another traveler, Chris Mannix (Walton Goggins), supposedly the new sheriff of Red Rock. Unfortunately, all the time the spend talking leaves them little time to get to Red Rock ahead of the Blizzard, so they have to stop over at Minnie's Haberdashery, the only local place on the whole mountain.

There at the Haberdashery, though, things aren't quite right. Minnie is missing (as is her man, Sweet Dave), and some random person, Bob (Demian Bichir) is running the place, saying Minnie had to go across the mountain to see her mother. There are also a few other people there, from an old Confederate general, to an outlaw, and Red Rock's actual hangman. But stories don't seem quite right, no one can really trust each other... and then the first of the bodies fall. Who's behind it, what's going on, and who will be the next to die?

The Hateful Eight is a western, and in no way features sci-fi, so there are no direct references to the 1982 The Thing that the story can make. And yet, in tone, in style, and in setup, the films are quite similar. Beyond the bleak, snowy landscape, both films are thrillers, relying on twists and jumps to spike the action. Both are, also, quite gory, featuring a lot of blood and viscera (although at least some of that for the latter film can be blamed on Tarantino's love of the old Grindhouse films of his youth and their penchant for blood and gore). They are also, both, essentially locked-room mysteries, as neither film makes it clear for a long while who is a good guy and who is a bad guy (although, in the case of The Hateful Eight, calling anyone a "good" guy might be stretching the term a fair bit). 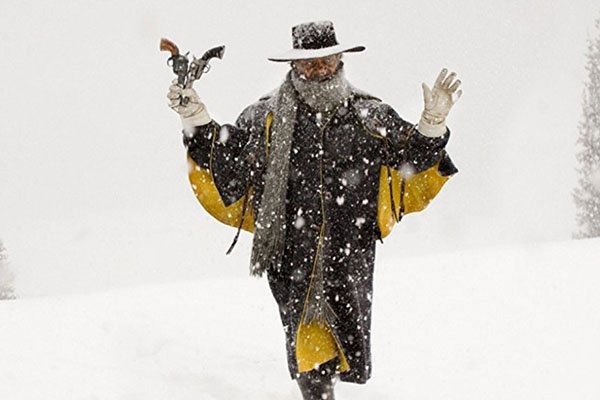 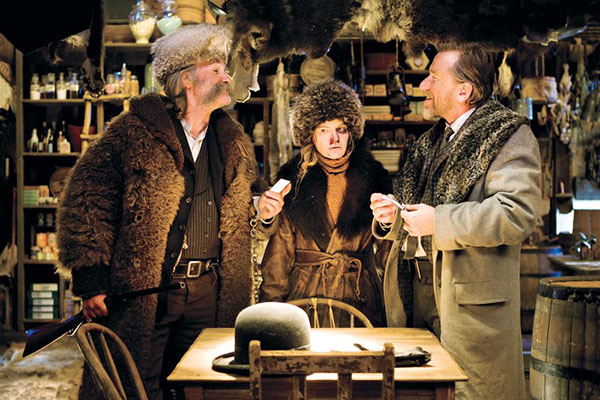 Naturally the plots of the two movies play out fairly differently. While The Thing is a fairly lean horror film, one that gets through the setup and the unrelentingly proceeds through the action, The Hateful Eight is very much a Tarantino movie through and through. At nearly three hours, the film spends a lot of time putting its characters together, having them bounce off each other, slowly ratcheting up the tension. It's not unrelenting so much as oppressive. By confining the characters to a single building, one even smaller than the research base in The Thing, the film is able to build the tension in the room simply by never letting the characters be free of each other. There's a palpable energy to the proceedings, a smothering gloom of distrust that falls over the party as they have to endure hour after hour together.

And yet, despite the differences, we do come to fairly similar conclusions. Over time, the bad guys are revealed and steadily taken out. Sadly, the good guys also start dwindling, to the point where there's real tension in the last act over who will actually survive, will Daisy and the rest of her allies actually make it out of the film. The ending is just as bleak, too, with barely anyone left, and even these survivors are questionable at best. It's an oppressively dark movie one without much of a happy ending at all.

That's why the film works on its own accord. It's a film of a singular vision, one that while likely inspired to riff on The Thing finds its own path to tread. It's not a slavish remake or a shot-for-shot homage. Instead, what works about the The Hateful Eight is that it plays in the darkness of the earlier films concept but finds a way to adapt that bleak sensibility to a very different genre and a different kind of story. Maybe they both end up in the same place, but they take very different journeys along the way to get there. 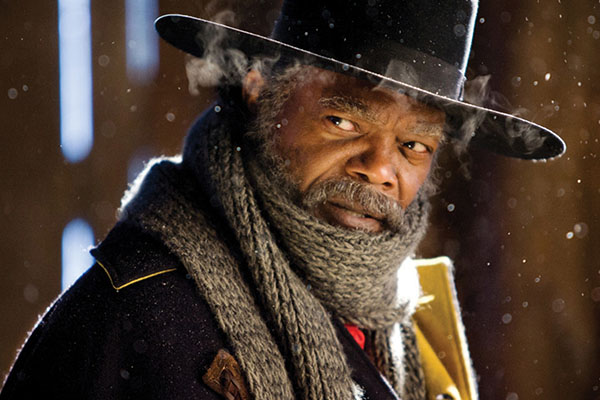 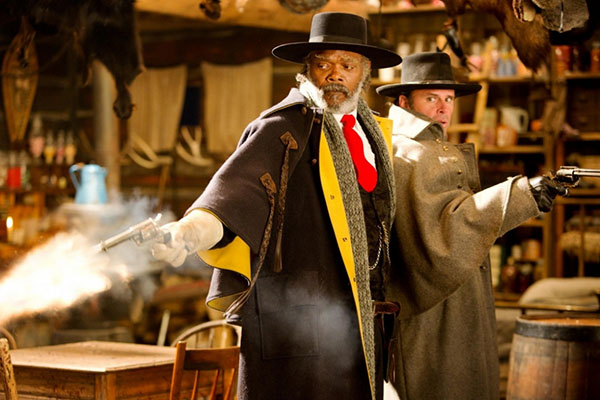 In a way, you could view The Hateful Eight as a distant, thematic prequel to The Thing. It's not hard to see both of these films taking place in the same world, separated by a century of time. Just because one has a sci-fi monster and the other has a very human one doesn't change the fact that they both evoke the same cold feel, the same bleak horrors. Tarantino may have made a very Tarantino movie, one where everyone has to talk at length before, during, and after the gunfire happens, but in the process he made a movie that respectfully plays in the concept of the 1982 horror film. The film is both watchable on its own accord (you know, if you like oppressively dark movies) and great as a companion to The Thing.