This Isn't Going to End Well

The Death of Superman (DCAMU 10)

Back in the day, DC ComicsOne of the two biggest comic publishing companies in the world (and, depending on what big events are going on, the number one company), DC Comics is the home of Superman, Batman, Wonder Woman, and just about every big superhero introduced in the 1930s and 1940s. had big plans for SupermanThe first big superhero from DC Comics, Superman has survived any number of pretenders to the throne, besting not only other comic titans but even Wolrd War II to remain one of only three comics to continue publishing since the 1940s. -- he was going to get married to Lois Lane, would be settling into a new status quo -- but for whatever reason they wanted to delay these big plans to align other aspects of the DC Universe to line up on the big comics timeline. So, to put a bit stop in Superman's story, they decided to kill him. Temporarily, only, but for a time Superman was dead, and it was all the fault of Doomsday. This series launched a new set of characters for DC, creating it's own status quo. Plus, for a time, the country (in reality) mourned the loss of one of the most famous characters in comics history. It was a pretty big deal. 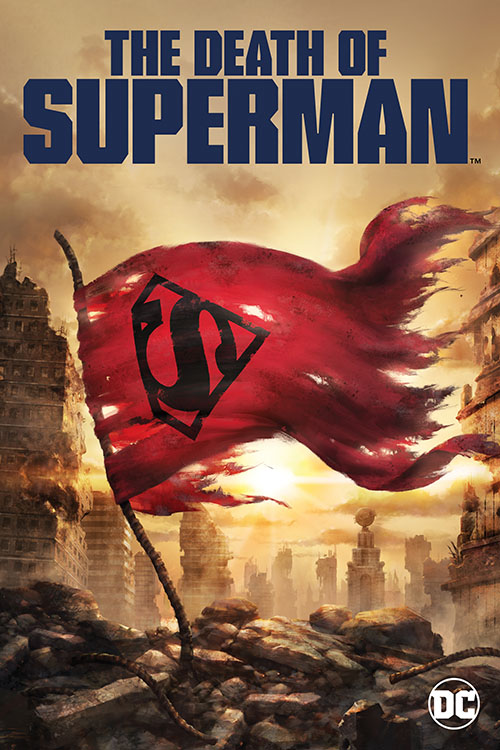 Of course, now, over 25 years later, "The Death of Superman" doesn't have the same impact as it used to. Bear in mind that after he died, Superman (at least, in some form) came back and eventually everything went back to normal (at least as normal as DC ever lets things get). The huge impact the series had at the time has been blunted by how quickly everything reverted afterwards. Plus, there's the fact that at this point, Superman's death has been the subject of three different movies: the 2007 animated film "Superman: Doomsday", the DC Extended UniverseStarted as DC Comics' answer to the MCU, the early films in the franchise stumbled out of the gates, often mired in grim-dark storytelling and the rushed need to get this franchise started. Eventually, though, the films began to even out, becoming better as they went along. Still, this franchise has a long way to go before it's true completion for Marvel's universe. Batman v Superman: Dawn of Justice, and now with the DC Animated Movie UniverseWhile DC Comics was amping up production on this big "MCU-killer", the DC Extended Universe they were also quietly putting together another shared movie continuity, the DC Animated Movie Universe. This series was more closely related to the comics, directly adapting a number of famous storylines to, arguably, better effect than the live-action movies could. The Death of Superman. That's a lot of times back to the well to redo this story, and in the end each of them basically end the same (Superman died, and then comes back).

Okay, maybe that's a little unfair to this 2018 adaptation. The original series was really broken into three parts -- "The Death of Superman", "Funeral for a Friend", and "Reign of the Superman". This new movie adapts the first part of the series (with a bit of "Funeral for a Friend" at the end), while the back half, "Reign of the Superman", is reserved for the sequel that came out later. That means this movie at least ends in a slightly different place from Superman: Doomsday, which crammed the entire series into one story. It's also better off than Batman v. Superman as this film is all about Doomsday, giving the big battle between the hero and villain it's proper due (instead of shoehorning it into an overstuffed climax for no good reason). Structurally, then, this adaption of the classic storyline pays due respect to the original story, giving it time and breadth to tell its story properly.

Having read the original story (in trade paperback) form, I will note that the original story really wasn't all that deep. There, with decades of story coming before, the comics jump right in to having Doomsday crash into Earth and then throwing the Justice Society against the beast before Superman comes in, battles the villain for a while, and then they both die. It's a pretty shallow story, more shocking for what happens than remembered for the story around it. The animated movie could have easily done the same thing but, instead, it chooses to first focus on Superman and Lois to give the two characters substance, to show their relationship before it splits them apart (via the Grim Reaper).

Needless to say, this decision was the right one. Despite showing up in the previous films in the DCAMU, Superman hadn't had a lot of time to develop into his own character before now. That's because despite the fact that the Justice League had been featured in six films, that BatmanOne of the longest running, consistently in-print superheroes ever (matched only by Superman and Wonder Woman), Batman has been a force in entertainment for nearly as long as there's been an entertainment industry. It only makes sense, then that he is also the most regularly adapted, and consistently successful, superhero to grace the Silver Screen. had four films, and that even the Teen Titans had gotten two films focused on them, Superman had yet to get his own dedicated feature before this film. Weirdly, that means this movie, all about the character dying, is also the first film this version of the character received in the series. 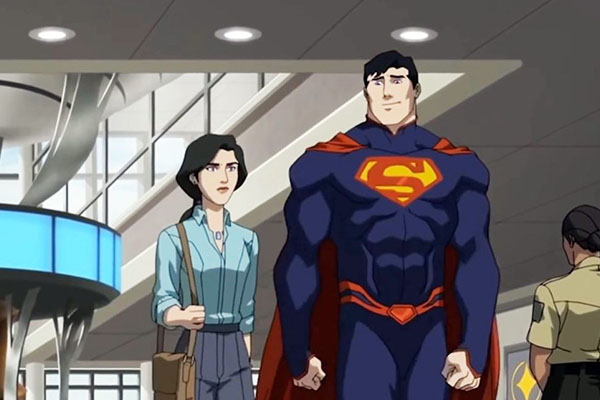 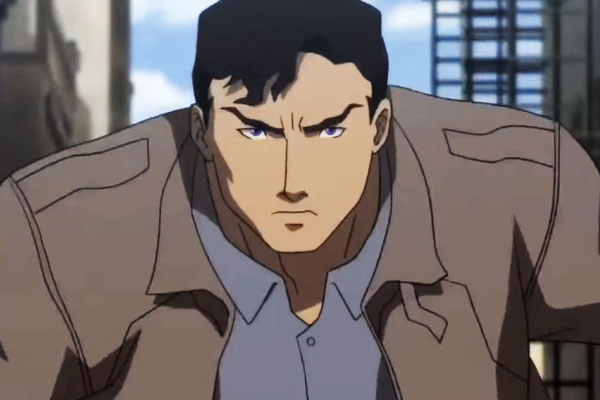 While it's weird that Superman didn't get a movie before this (not officially in the DCAMU, at least), I do appreciate the work the movie did to try and flesh out his character and his relationship to Lois. Before this (due to the changes made in the New 52) Superman and Wonder Woman were in a relationship. Thankfully that storyline was ditched and DC Comics elected to revert Supes back to his love for Lois. The chemistry between the two, Clark and Lois, is strong in this film; they're written as real characters, having honest issues with each other. Much of the first act of the film is spent on Clark hiding his secret of who he really is while Lois starts to notice the distance Clark has between them. Giving us this story means that once Superman lets Lois in, and then has to go off to fight Doomsday, the impact of that battle is felt. We understand how much they care for each other, and we realize the love they share.

I can't help but contrast this with Batman v Superman where Lois is, more or less, and afterthought. More time is spent on the relationship between Batman and Superman, with little paid to Lois and even less time spent on the eventual Doomsday. We don't care that much about the relationship between the two characters so Superman's eventual sacrifice lacks the impact it should have. In The Death of Superman, though, we fully understand the depth of his sacrifice, what it means for him to give up his life because he's not just dying, he's leaving the woman he loves. And we see it with Lois two, her love, her grief. This movie manages to give it all an emotional impact other adaptations have lacked.

But then, this film manages to do a lot that was never accomplished in previous adaptations. The Justice League, for starters, plays a much larger role here than they did before. I don't just mean that they participate in the battle with Doomsday -- they take the place of the Justice Society, who haven't been introduced in the DCAMU -- but also in the quieter scenes beforehand. The Flash and Cyborg get a great moment with with Superman early in the film, bantering and having fun together (and making a nice nod towards the Teen Titans, too). Then, at the Hall of Justice, the whole group is brought together for a meeting, which allows them to hang out more and joke with each other. It's all in service of making us care about all the cameo characters so that, when the battle rages in the back half of the film, we care what happens to each and every one of these people. The film dedicates time to this so that the climax of the movie has emotional weight.

In all honesty, though, I feel like all these character moments were necessary simply so the movie could be 90 minutes in length. The original comic, as noted, was a shallow story and, if it had been adapted into a feature length movie, it would have been 45 minutes, at most. That's part of the reason while Superman's death has been part of a larger single movie in previous adaptations. But his death shouldn't just be a tossed off moment, and it shouldn't come in the first act of a single movie. It needs to be the climax of a feature, a moment of inevitability the whole movie has been building to. This movie treats the moment, the sacrifice, with all due respect, allowing the climax to pay off in a way previous adaptations were unable. 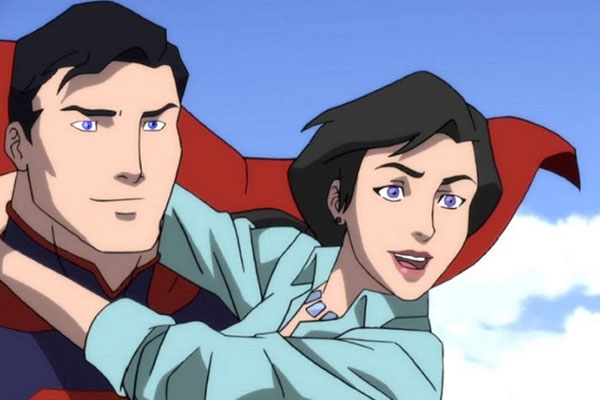 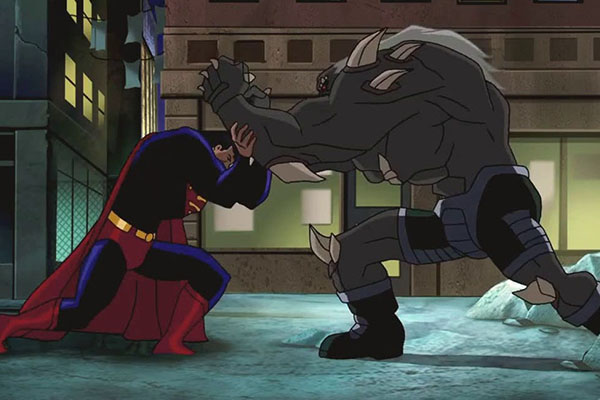 It's interesting that the DCAMU adapted this story when it did, just a couple of years after Batman v Superman. It's almost as if DC knew that the DCEU has screwed up this important story and they wanted a second attempt, a mea culpa to show they could do it right. With The Death of Superman they were successful, creating a film that earned the solemn feelings, the grief and loss that was felt at the end of the film. This movie is easily the best adaptation of "The Death of Superman" we've yet seen. More importantly, I'd argue this is even a better version of the story then the comics that came before. It has weight and gravitas while focusing on the characters, and not just the carnage.