Everything was back up and running this week in the ArrowverseWhen it was announced that the CW was creating a show based on the Green Arrow, people laughed. The CW? Really? Was it going to be teen-oriented like everything else on the network and be called "Arrow High"? And yet that one show, Arrow has spawned three spin-offs, various related shows and given DC a successful shared universe, the Arrowverse on TV and streaming.. We're checking in on Arrow simply because it feels like we haven't in a while. It is the last season for this show so I want to make sure we give it due coverage before it disappears from the boob tube.

We're also popping in on Supergirl even that we just checked in on her all because this week was a big revelation week (right around the 1/3 mark for the season, which usually when the first big revelations land) and we need to talk about it. So let's get into it:

As Arrow makes its farewell tour the show basically has to visit every character who ever passingly met Oliver Queen over the years (except Huntress who, surprisingly, is a no show, probably because she's in the upcoming Birds of Prey movie and DC is loath to have the "same" character in two different media at the same time because... reasons?), so we next have to go to Russia so Oliver can hang with his Bratva friend Anatoly. They have to go to Russia so they can get the plans to make a super-weapon that can stop the Monitor (or, really, once Crisis on Infinite Earths starts up and the heroes get their heads out of their asses, to use against the Anti-Monitor, more than likely). The plans for the weapon are with a Bratva agent, so Oliver and Anatoly, along with Mia and William and Black Canary, have to find a way to get to the guy and trade for the plans. And then things get complicated.

This episode really serves two purposes. One, it brings back Anatoly for one more round of hanging out. While it's nice to see the guy, the show clearly didn't have a budget to do much with the character as Anatoly exists in two locales: a bar that really could be anywhere, and an underground fight club that, also, could be anywhere. It's amazing how much Russia in no way looks like random sets on a studio back lot. Oh well. Anatoly is fun, and the actor always seems like he enjoys being on the show, but this episode basically has nothing for him to do besides drink and crack jokes. Any character could have filled this role.

The other thing the episode gets to do in its A-plot is bounce Mia and Oliver against each other in a plot line we've seen way too many times before on this show. Oliver doesn't want someone getting involved in a mission (this time Mia and William) so he makes a unilateral decision and drives a wedge into the team. Then, after things goo poorly, he realizes he needs the full team together and so he makes a speech about team work and togetherness. They the team charges in as a unit, they defeat the bad guys, and everyone walks slow into the sunset stronger together. It wasn't a great storyline in season two when the show started pulling this, and now, six seasons later, it's completely worthless. Maybe, in the next five episodes, Oliver will finally learn to work in a team but I strongly doubt it. 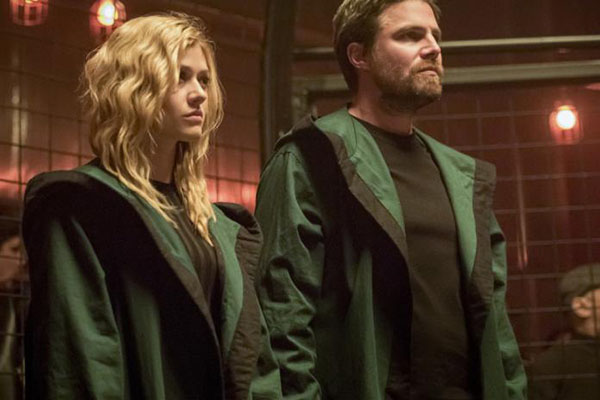 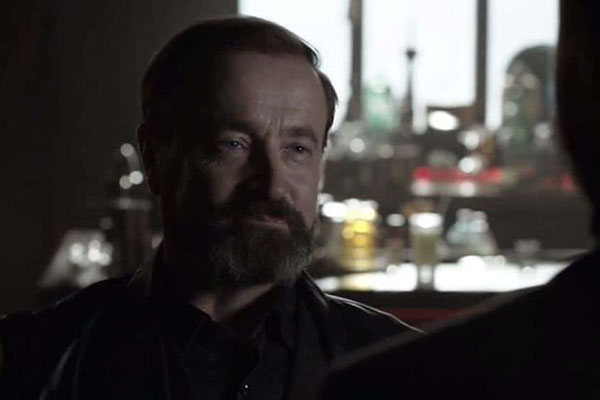 The B-plot sees Diggle drag Roy (Arsenal) out of retirement so the guy can help our ARGUS agent infiltrate am installation and steal plutonium to power the device Oliver wants to build. It's a pretty ham-fisted way to drag Roy in when, like with Anatoly, anyone really could have filled this role. Roy even calls Diggle out on just that, which would seem self-aware if the show wasn't running on fumes at this point. It's nice to have Roy back, don't get me wrong, but like with Anatoly, Roy is wasted here without much to do.

Arsenal does at least rejoin the team for the last few episodes so it'll be nice to have Roy here for a while. He's a good character and deserves whatever screen time he can get. I'm just hoping the next few episodes gives our team of characters more to do because... ugh. This is just dragging on for no reason at this point. Way to pad out the episodes with a lot of filler, guys.

Two big revelations happened this week, neither of which really landed the way they were supposed to. This is obviously the week where everything for the season is re-contextualized, leading up to a big mid-season cliffhanger right before Crisis on Infinite Earths takes over (and, presumably, Kara dies for an episode, since that's how it happened in the comics, before miraculously coming back). So this episode has to lead into the next episode, which leaves this episode with a lot of heavy lifting to get through.

Firstly, we finally learn what Leviathan really is and, wow, is it awful. Leviathan is, in fact, an organization of "gods" (or aliens or whatever) who crashed on Earth around the dawn of time and have been guiding all life on the planet ever since. Every time civilization has headed in the wrong direction, Leviathan has been there course correct. They're unhappy with the way humans have been treating the planet and they want to course correct once again which, I guess, explains why they are killing people and changing things from behind the scenes. I mean, it doesn't really makes sense or work at all, but this is the standard comic book logic of, "there's a shadowy group behind the scenes that we've never seen before but, wouldn't you know it, they're in control of everything."

In a way, super-powered aliens that live on Earth and guide it reminds me a lot of the awful Inhumans show Marvel tried to make and, honestly, the gods here are about as thrilling as the Inhumans there (read: they aren't thrilling at all). This kind of plot line has been done to death on any number of superhero shows and Supergirl, with its tiny, CW-sized budget, just doesn't have the ability to do it justice at all (not that anything can make this kind of storyline thrilling at this point). Leviathan is a distraction from what's the come, a C-grade villain dressed up to seem like they can play in the big leagues. So far they just don't work. 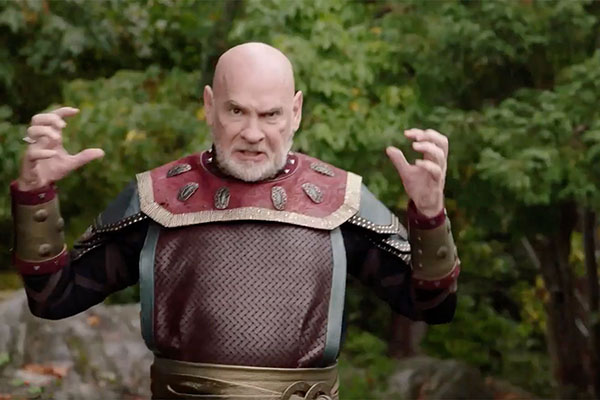 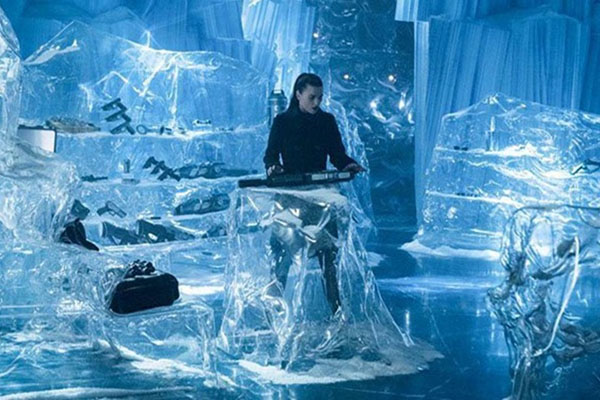 While we learn about the "supervillains", we also have the other plot as Supergirl takes Lena to the Fortress of Solitude so they kind find a weapon capable of taking out Leviathan's main leader, Tremors (or whatever he's called, I can't be bothered to look it up because he's awful). After they take care of the threat, Lena, of course, double-crosses Kara, steals a super-weapon she needs for whatever evil plan she's cooking up, and finally tells Kara off. "You lied to me, after everyone else that lied to me, and after I asked you never to lie to me!" As I noted before, this whole plot line feels beyond ham-fisted because all the people that lied to her -- Lex, their father, her friend Andrea -- are wretched people that had bad intentions when they lied. Kara only kept her superhero identity from Lena, a smart move since that kind of knowledge can get someone killed, and the only people that knew were they people Kara worked with at the D.E.O. Like, it's pretty petty to hold that against Kara.

But the producers really wanted to blow up this friendship. They did it but that's doesn't make it a good story or any less ham-fisted just because they accomplished it. They didn't do it well, or for the right reasons. Oh well, maybe the show can figure out its shit after Crisis.