As the ArrowverseWhen it was announced that the CW was creating a show based on the Green Arrow, people laughed. The CW? Really? Was it going to be teen-oriented like everything else on the network and be called "Arrow High"? And yet that one show, Arrow has spawned three spin-offs, various related shows and given DC a successful shared universe, the Arrowverse on TV and streaming. season continues on, we linger with it, watching just one show until it concludes. Supergirl, you're our hero. Show us what you've got that can save the world this week!

So let's get to it and see where the Girl of Steel goes this week:

This week's show acts as the introduction for Guardian II, with Kelly Olsen taking over the mantle from her brother, Jimmy. We'll skip past the discussion that every single character on this show apparently has to be a superhero (as we've gone over that before) and get to how the show handled her introduction. In a word: terribly. Let's be honest, Kelly hasn't ever been much of a character. She was a fill-in so that Alex could be a lesbian and have a girlfriend once her previous girlfriend (whatshername from two seasons back) left to pursue other gigs (that... well, I don't even remember who she was so that was a terrible decision). Since then Kelly has just kind of been in the background, having lackluster chemistry with Alex whenever she was trotted out.

Don't get me wrong, I think the character of Kelly Olsen could have been interesting. I think an ex-military gal that works for Child Protective Services and looking to lead the street level fight while the superheros are off doing big things, that all works as a character concept. But between the show being probably at its worst, writing-wise, this season, and the fact that they just don't really know what to do with Kelly, ever, he whole arc has been an utter mess.

Bear in mind she showed up right as Jimmy was leaving the show, and the show basically blatantly said, "one Olsen is as good as another, right?" Then she went from military psychiatrist to working as a doctor for the VR simulation that was last season's plot, only to then decide to become a CPS agent this season. Oh, and she wants to be Guardian for... reasons? The show has made he flighty, never settling down on who she is or what she wants to do one month to the next. It's just bad work for the character and it keeps her from ever feeling grounded.

Worse, when the show does focus on her its so they can use her as a Social Justice prop. Supergirl has always been a political show and I respect it for that. But there are ways the show can handle it gracefully (or, at least, gracefully for this show) and there are times it does it badly, and all the politics this season have been bad. The message has been good -- we need to take care of the people that are suffering, help them rise up which then lifts the rest of us up in the process -- but the way the show has been doing it sucks. It's bad writing, through and through. 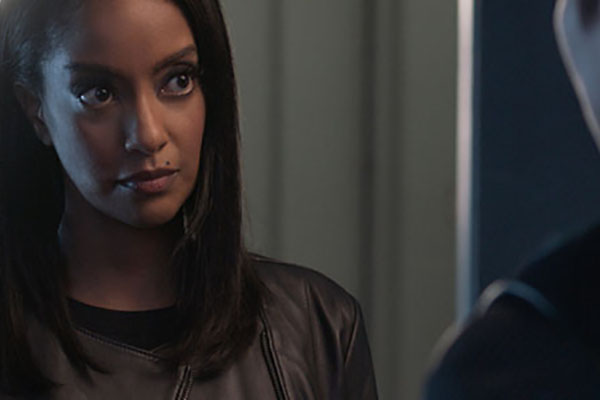 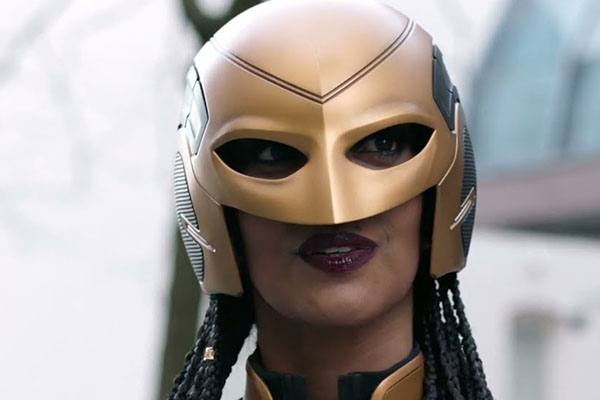 This week's episode is probably the worst I've seen from the show because it's not subtle at all. It's a 42-minute PSA about how gentrification is hurting the inner city. Yes, it is, and I think it's good for shows to have that conversation, but they have to be better about it than this week's episode, "Blind Spot". The show literally stops everything three times so that Kelly can lecture everyone, including Supergirl, about how they aren't taking the strife of the inner city seriously. This after two weeks ago Supergirl went out of her way to fight for these same people. Now, though, Supergirl suddenly says, "you're right. I wasn't paying attention."

I think what's worse, though, is that the saddle this onto the lead black female character on the day she finally becomes a superhero. The show gets preachy from time to time, and while it's not always fun to watch I at least appreciate the message, but don't do this to Guardian II on her first day. Let her have a little fun being a superhero, blending into the team, before you make her lecture the audience from her Social Justice Warrior soapbox. The audience will be more responsive if they get to know the character first.

This was Supergirl with its heart in the right place making one mind-bogglingly bad decision after another. It wasn't to lecture us about the problems of the modern world, I get that. Just... try and be a little more subtle about it guys so that the message can sink in and the audience doesn't turn the episode off. This was the least subtle Supergirl has been, and considering how small the audience has gotten at this point it felt like all the show was doing was preaching to the converted and even we didn't want to hear it the way Supergirl was shouting it.