A Twist In Time

It's another week without a whole lot of episodes to cover. Supergirl and Batwoman are both off the air for another week, leaving us with only three episode total to discuss. A few interesting bits of action cropped up but, on the whole, this was a fairly standard week for the ArrowverseWhen it was announced that the CW was creating a show based on the Green Arrow, people laughed. The CW? Really? Was it going to be teen-oriented like everything else on the network and be called "Arrow High"? And yet that one show, Arrow has spawned three spin-offs, various related shows and given DC a successful shared universe, the Arrowverse on TV and streaming..

So we'll cover the important beats this week and hope our shows all come back so there's much more to talk about next time around:

With everything going on in the 'verse we haven't had as much time to talk about Black Lightning as I would have liked. this season has seen some pretty great episodes, certainly a vast improvement over the ho-hum stories we had from seasons one and two. Sadly, since "Crisis on Infinite Earths" it feels like the show has backslid a lot, getting sucked into personal drama (which isn't this show's strong suit) instead of really focusing on the bad guy that works: Agent Odell of the ASA. This episode is another problematic story in the same vein

Last week Lynn was captured and, as we learn, she's in Markovia. The Markovians want he to make her meta-human stabilization cure so they can create a whole army of meta-soldiers. Lynn refuses and tries to figure out a way to escape. Meanwhile, Black Lighting, with his team of metas and the backing of the ASA, charges into Markovia to storm the base holding Lynn and get his ex-wife back. If the team fails the Markovians will have a super-powered army at their disposal.

The issue with the episode is that, as of yet, we don't really know who the Markovians are, not first hand, so all we know is what the ASA tells us. That doesn't make for a very interesting villain because Markovia is just too vague. If we have a scenery-chewing villain in charge of Markovia (like Odell), someone that had been built up over a year or two before launching their plan, that would be another matter. Right now, though, the Markovians are just low-rent, Eurotrash, nameless bad guys and we can't care about them. 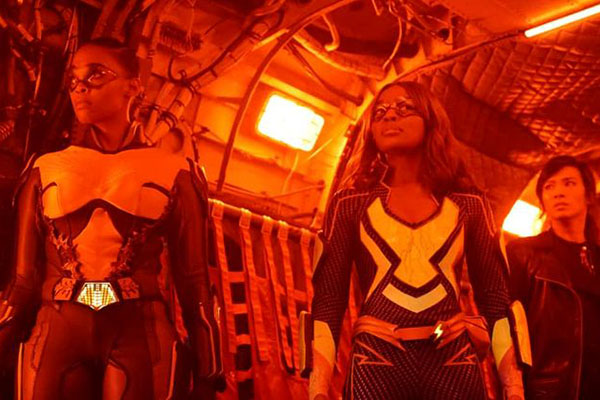 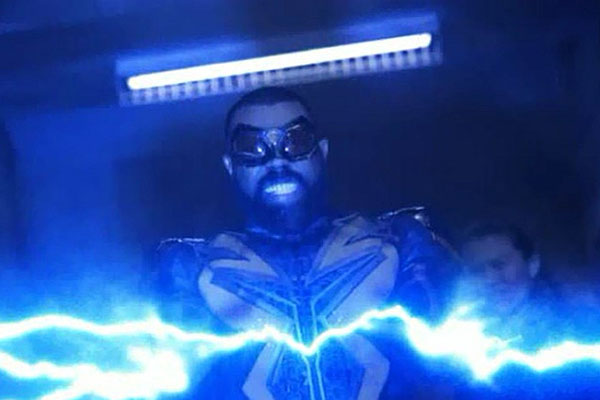 It didn't help me that they kidnapped Lynn, who I don't care about at all. Lynn has annoyed me basically since day one of the show and the series has never really found a way to rehabilitate her character. Putting her in danger with a storyline like this only makes me wish the show would kill her off so that we wouldn't have to deal with her tedious storylines further. I know that's not going to happen, but it sucks all the fun out of a story like this when all I want is for the heroes to fail in their mission so she gets written off the show. That's a bad place to be with a story like this.

Plus the setup really is silly. The ASA has their own little army of meta-human soldiers now but, for some reason, it makes more sense to team up with Black Lightning and his team of (soon to be named) Outsiders? They have an army that could invade Markovia if they wanted to but instead they go with the team of heroes that's been actively hostile to them for an entire season? It just doesn't seem likely to me at all. I do like the team of Outsiders BL has put together, this just isn't a great episode for showcasing them. Down the road, yes, the team will get their time to shine, just not yet.

So, yeah, the show needs to stop diverting its attention away from Odell and the ASA. Get us back on track, Black Lightning and return to the show we all deserve.

I hear you saying, "so much happened on The Flash but you're gonna talk about the dorky Legends again?" Heck yes I am because this show is great and, considering how often I talk about slasher films, this was the perfect episode to cover. In short, Legends of Tomorrow got to do their slash film homage this time around in "Slay Anything" and it was great. It started with a masked killer, Freddy Myers (check and check) being put to death while his mother (check) watched. Then the coroner van carrying him crashes (check) he comes back and kills the driver (check) before going to prom night (check) to exact his revenge on everyone who survived (check) including the final girl from his last killing spree (check). It hits every note of every slasher film ever and I loved it.

Oh, and Ava runs a podcast where she talks about all the serial killers through the ages. It's a silly detail that really doesn't align with her character, and I wouldn't be surprised if its never mentioned again... but I could be wrong. Mick writing romance novels seemed like a dumb detail that would go absolutely nowhere and yet it became a core character trait for three seasons. If we have more fun adventures of her trying to find out the motives of serial killers by interviewing them for her 'cast, that would be fantastic.

This episode also allows the show to change it's basic premise. Now, because killers are being sent from Hell to stalk and kill again, instead of just trying to prevent changes int eh timeline the team can go back and actually change time to prevent the killers from ever become killers. Here the show does it by having Nora Dahrk, the team's Fairy Godmother (yes this show is so silly) become the wish granter for Freddy back in the mid-1980s with the thought being if he has some guidance and grows up to be a good person he won't want to be a serial killer. And it works... sorta. There's a twist I won't spoil (but if you like slasher films you'll already know it), but it's a great twist for he formula and I like what it could mean for the future of the series. 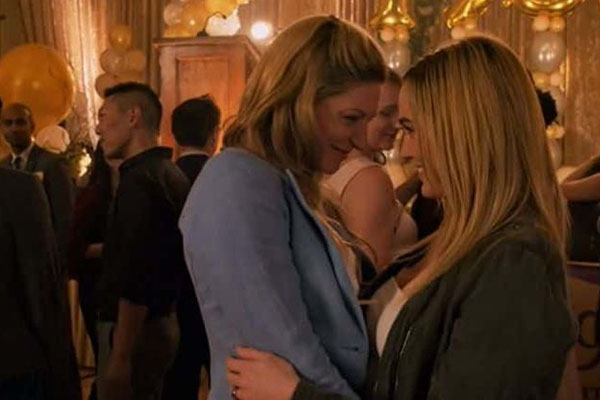 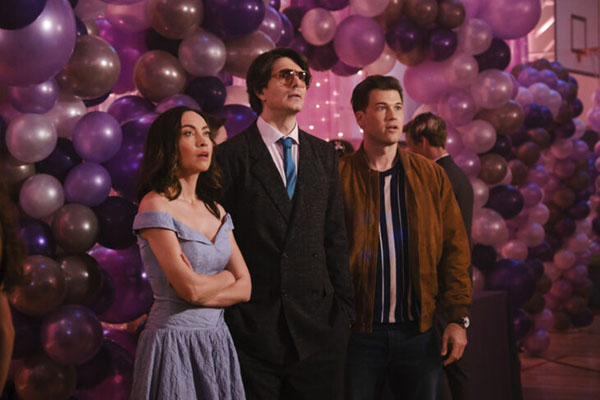 This is why I come back to Legends time and again. The show doesn't feel the need to tell big, epic stories but, instead, just gets to revel in being fun and silly. It's s delightful show, start to finish, so while the other shows in the 'verse can have their epic moments, Legends can be the charmer that makes us laugh. I'm glad this show exists to make the Arrowverse a little more fun.