Almost the Flash But Not Quite the Flash

I've wanted to go back for a while now and revisit the Arrowverse. While we have constant coverage of the current season, I missed a lot of the past episodes (simply due to this site not really existing at the time). While I could go back and do similar week-by-week coverage of all the past seasons of the 'verse, that's a lot of TV to re-watch. 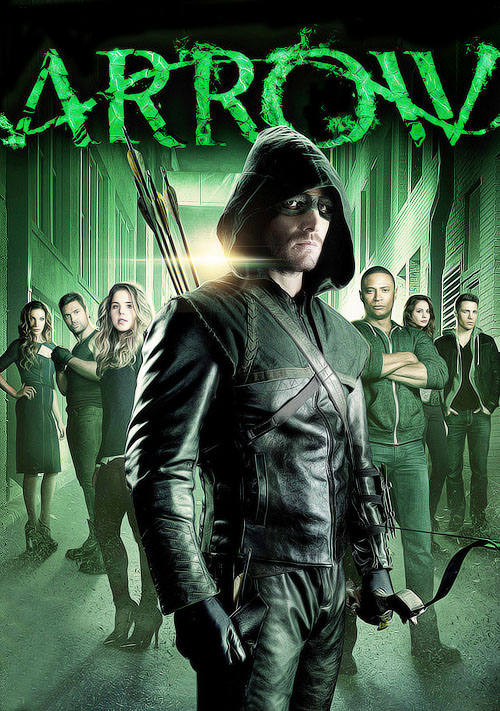 Instead, I figured the best way to pay homage to the seasons of old was to revisit the previous crossover episodes, the multi-parters that helped to forge the Arrowverse. I thought about beginning in Arrow season one, but I struggled to think of any proto-crossovers I could do (maybe the one about the Royal Flush Gang, or the one with Deadshot, but no). Instead, we bounce ahead to season two where Barry Allen, soon to have his own show (The Flash) arrives for a two-part back-door pilot.

We pick up this episode after Moira Queen, mother to Oliver (who is also the Vigilante) and Thea (who isn't), has just been left off of a murder rap (due to events from last season). She's welcomed home by her family and just wants to settled down into her life. Oliver, though, wants he to rejoin the family company, Queen Consolidated, but the rest of the board (and most of the city) still isn't ready to embrace Moira with open arms.

That's least of Ollie's problems, though, as a powerful killer is stalking the city, breaking into places (like Queen Consolidated) and stealing very powerful tech. Oliver has his suspicions about what's really going on (which, as we learn this episode and later in the season, is all down to the magical, meta-human drug Mirakuru), but to get to the bottom of the case, he'll need some help. Enter Barry Allen, Central City forensic scientist and all around decent chap. He's come to town to investigate the curious case of the incredible strong thief, and he'll help the team crack this case yet!

As an episode of Arrow, "The Scientist" isn't bad. It doesn't push all that many plot lines forward (a lot of elements are mentioned here, but nothing is really resolved in this episode), but it also doesn't drag its feet too far. A lot happens, just none of it really concludes. But then, that's not really the point of the episode; what it's really here to do is introduce Barry Allen. It's essentially the start of a two-part back-door pilot for the character before the CW green-lit his own series, The Flash. 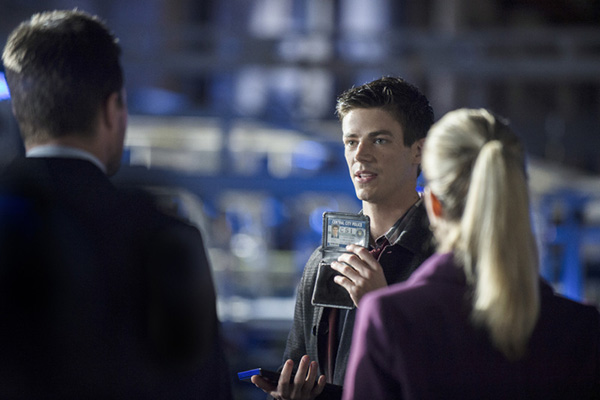 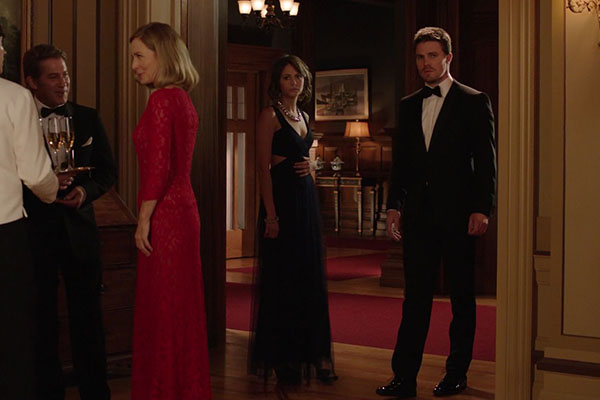 It's not a bad back-door pilot at that. Barry is fun and likable, bringing with him a sense of humor to the otherwise dour "Arrow and Friends Superhero Hour". Grant Gustin has charm and charisma as Bary even in this two-parter, so it's not hard to see why he got his own show after this. He's perfectly cast and clearly enjoys playing Barry.

It's hard to judge this episode on its own since we have a second part to review. As a stand-alone story it's kind of weak, but this is just the beginning of this crossover...

At the end of the last episode, Oliver went after the big hulking thief (this after Barry helped them determine that, duh, the bad guys are trying to make Mirakuru, and they figured out the next place the big bad guy was gonna hit). Oliver got his ass handed to him, and then poisoned, so Barry is called back in to heal Oliver. He's able to figure out a way to save the hero, but seemingly the solution causes Oliver to hallucinate three dead people: Shado (who dies in the flashbacks this episode), Slade (who seemingly died in the flashbacks last episode), and Tommy Merlyn (who has been dead for a long while now). Except, no, the hallucinations aren't caused by a drug (as Barry eventually figures out) but are just in Oliver's head. So now he has to find out what message the ghost (i.e., his own mind) is trying to tell him.

Meanwhile, there's still the problem of the big bads making Mirakuru. That required Oliver and Co. (not the Disney musical) to track down a likely place for the drug to be mass-produced. This then leads to a confrontation between Oliver (in his Vigilante guise) and the (seeming) leader of the bad guys, Brother Blood. While Oliver is able to fight them all off and wreck their Mirakuru facility, this isn't the end of their plans, or the Mirakuru. That's because there's a bigger enemy on the horizon: Slade (aka Deathstroke), who is back and out for revenge against Oliver (for reasons that aren't made entirely clear until later in the season).

This episode is better all around than the last, not only because it concludes the Barry Allen plot line (giving him more to do and a proper send off for the rest of the season), but also concludes the small plot line about Mirakuru (for now). There are reveals about who the bad guys are, what their plans may be, and what's coming down the pike for the rest of the season. If the last episode was a bunch of table-setting, this episode really gets everything in motion. 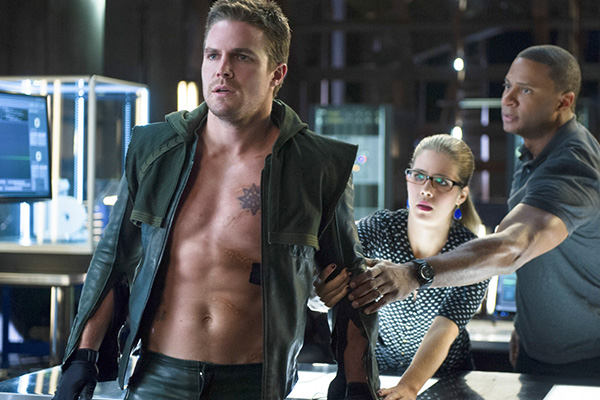 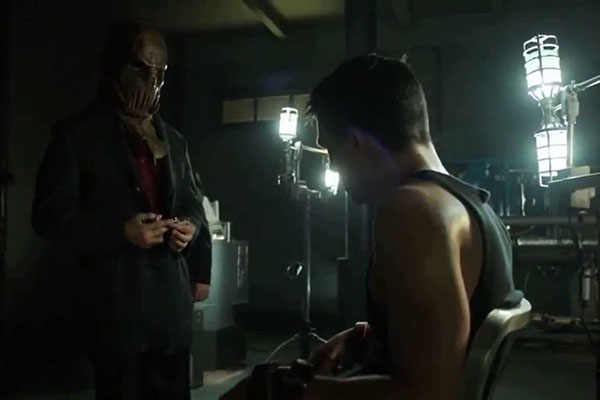 Plus, of course, there's the tease about Barry Allen becoming the Flash, which we get to see the very beginnings of at the end of this episode. I like that they don't overplay their hand here, hinting too much about what's to come for Barry. We get the setup, but the payoff doesn't come for another nine months at the start of the first season of The Flash. That's the kind of cliffhanger I'm actually okay with.

Overall a good set of episodes. There's solid A-plot that dovetails nicely into the overall Arrow season arc, some decent B-plot time with Barry, and the promise of more to come. For the first, unofficial crossover of the nascent Arrowverse, this two-parter delivers.