Meanwhile, In the Shows That Still Work...

I was really down on the ArrowverseWhen it was announced that the CW was creating a show based on the Green Arrow, people laughed. The CW? Really? Was it going to be teen-oriented like everything else on the network and be called "Arrow High"? And yet that one show, Arrow has spawned three spin-offs, various related shows and given DC a successful shared universe, the Arrowverse on TV and streaming. last week, but that was only because certain shows aren't doing so well with their major plot lines. Thankfully, some of the shows in the 'verse are still great. This week we'll take the time to focus on the good while trying to (mostly) ignore the bad.

So let's take a look at Supergirl and Legends of Tomorrow. These shows are still (largely) great, and whatever else may be happening in the series, these show are still reliably fun.

While Arrow and The Flash have been struggling to tell a cohesive story about their villains, one that sets a clear road map for where those shows are going, Supergirl has been doing quiet, consistent work. I know I threw some shade at the show a couple of weeks back when I questioned why they brought Lex Luthor in to be the villain of the season when they already had a great villain with Agent Liberty, one that feeds into the current political climate of the United States, but clearly I shouldn't have worried. Lex is still around, still acting as the background agent, but right now it's America, and the people that supposedly are working to "better" it, that are the villains of the show.

The focus of "American Dreamer" is on the episode's titular hero, Dreamer. With Supergirl forcibly sidelined (since right now she's a wanted fugitive and too hot to be out in the world), Dreamer has stepped up to aid the citizens of the city and fight off the now-deputized Sons of Liberty. Night after night she's been going out, fighting the good fight and protecting the less fortunate. This eventually makes her to focus both of Kara Danvers so that our ace reporter can do a on-air interview (albeit one lobbing soft-ball questions at her) and of Agent Liberty who wants Dreamer arrested for being an alien. This all comes to a head when Agent Liberty shows up with his goons at the CatCo Media offices to arrest Dreamer and lay waste to the place.

As we, and others, have noted, Supergirl isn't always subtle with its politics, but then with the time we're living in maybe subtlety isn't the right choice. The show has no problem making an obvious connection between Agent Liberty and his trampling of freedoms (like the right to peaceful gathering, freedom of the press, and no unlawful detainment without a court-issued warrant) and the Trump Administration and their handling of immigrants in America. It then also likens Agent Liberty's goons to the Gestapo, olive-drab uniforms and all. Not subtle, but considering who Trump is aligned with (calling neo-nazis "very good people"), I honestly think it's the right choice. 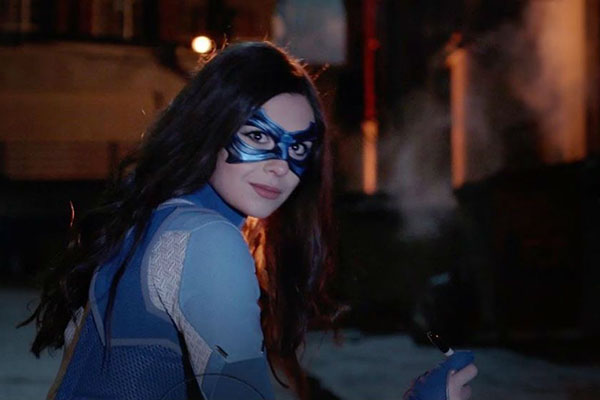 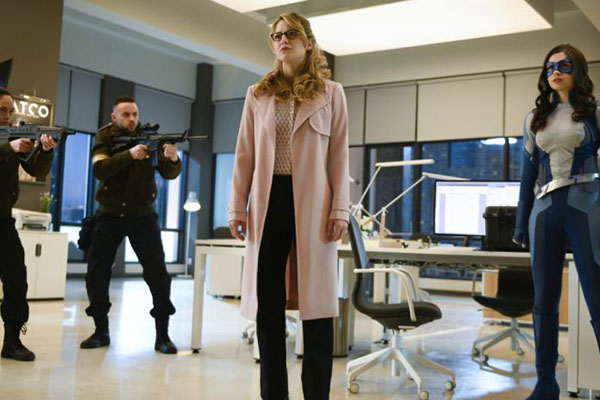 There's a lot to be angry about right now in the world, and I appreciate that the show is willing to shine such a heavy-handed light on it. We've been slowly building to this and at this point subtle jabs at how the administration is run aren't working. The time for subtlety is over and I appreciate the storytelling the show is engaged in. More so, though, I appreciate that the CW is willing to let this storyline go to air and that DC is happy to let the show-runners go ahead with this whole political story. DC is a huge media empire so it's easy to assume that they'd poo-poo anything that would turn-away potential viewers (and readers, since the thought is people watch the shows then read the comics). But remember that in WWII the DC heroes went overseas and fought the Nazis. It's nice to see them doing the same thing here, in a country that needs their help right now.

Oh, and there was a B-plot about Jimmy dealing with PTSD and the black kryptonite running through his veins. Honestly, this plot line might have been great for anyone that similarly suffers from PTSD (or maybe those with black kryptonite inside them). However, it's been a long time since I cared about Jimmy Olson on this show and I just couldn't engage with this plot line This was the one sour note in an otherwise strong, politically charged episode of the show.

At the end of last episode Ray became possessed by Neron. This week we focus on that, with Ray trying to fight off the evil demon and Neron makes every attempt to have Ray let him in willingly (because if the host lets the demon in willingly, the demon has a much easier time using the host). So it's a back and forth battle between Ray and his possessed hand (a la the delightfully cruddy movie, Idle Hands). Meanwhile, as this goes on, the team deals with love and hope as Heatwave and Charlie head to a romance novel convention (since Heatwave is also secretly a romance novelist) and Zari and Steel go back to the late 1800s to track down a magical egg. None of the plot lines. are particularly impressive, but that's not what Legends is here for. The show is supposed to be silly and goofy and on that front it delivered.

That's the thing about the show: it can make plot lines. about an Indiana Jones-style heist, a demon possession, and a romance convention all feel equally important. It's all very silly but also fun. In that way I really think it's a lot like Doom Patrol, the only difference being that the latter has a larger budget to work with. Both prioritize strange and weird plots over worrying about things like "serious storytelling". That's the fun of them.

It's part of why I really enjoyed this episode. Yes, we have major, important issues going on right now, but that's what Supergirl is for. And if you want more serious storytelling you have Arrow or (sadly) The Flash (a show that used to be as goofy as Legends, but that was a long time ago at this point). If you just want dumb fun you can sit back and laugh at (and with), Legends delivers.

So, yes, Ray is taken over by a demon by episode's end and that is going to setup the big bad the team has to deal with for however many episode it has left this season (can't be more than three or four with the shortened seasons this show has). But do we really care as much about that as Heatwave outing himself as a romance novelist in front of all his fans, or Zari and Steel finding love over a dragon egg? I'd argue no. What's important is hanging out with characters we enjoy as they go on silly adventures that have heart and soul to them. This week's episode delivers on that front and that's all we need this show to do. 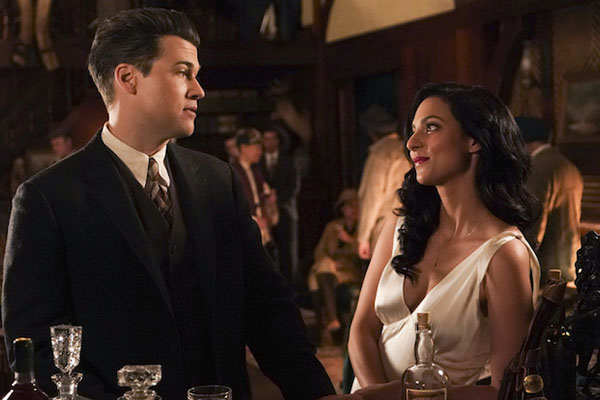 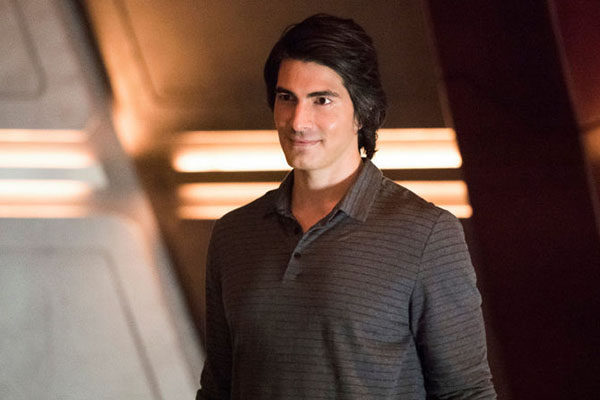