A Lot of Love for Spider-man

This was a weird week for the ArrowverseWhen it was announced that the CW was creating a show based on the Green Arrow, people laughed. The CW? Really? Was it going to be teen-oriented like everything else on the network and be called "Arrow High"? And yet that one show, Arrow has spawned three spin-offs, various related shows and given DC a successful shared universe, the Arrowverse on TV and streaming.. Certainly a lot happened this week, although right now not all of it really seems to measure up the way the show-runners probably want. New villains were revealed, dark secrets came out, and it all felt so... flat. Even with a season finale and a back-door pilot, the shows still seems to struggle this week.

But hey, we did get to different SpidermanSure, DC Comics has Batman, Superman, and Wonder Woman, but among the most popular superheroes stands a guy from Marvel Comics, a younger hero dressed in red and blue who shoots webs and sticks to walls. Introduced in the 1960s, Spider-Man has been a constant presence in comics and more, featured in movies regularly since his big screen debut in 2002. references this week (in Arrow and The Flash). Clearly the writers have recently watched Into the Spider-Verse and really dug it (as they should have as that movie is awesome).

Considering the major events this week, we'll handle Arrow's back-door pilot and the finale Black Lightning. Prepare to be underwhelmed.

Well, the show has been building to this all season. In seasons past the series would always devote one episode to the flashbacks, letting them take center stage while the main plot in the current time line was only glimpsed. This season pulls the same trick with the flash-forwards, giving us a full episode set in the future of Star City. It is, effectively, a back-door pilot for a future (rumored) Blackstar series. With Arrow ending next year after an abbreviated season, they need something to take up the mantle and, supposedly, Blackstar is the plan.

If that is really what's going to happen, I have to say that right now the proposed series is rather underwhelming. Back-door pilots are already a sketchy proposition as you're talking about putting new characters front-and-center, stealing time away from the main heroes of the show. Show-runners often change between the back-door pilot and the final series, and it's possible (even in the case of a show like this where Blackstar could just pickup where Arrow ends) that the eventual series feels nothing like the show we see right now. I mean, hell, Barry Allen showed up on Arrow for his own, two-part back-door pilot and Flash feels nothing like Arrow.

The meat of the episode focuses on the current storyline of future Star City. Felicity is missing, presumed dead, but she's left a message for William (her adopted son from Oliver) and Mia (her actual daughter with Oliver) telling them about a bomb threat on all of Star City and how they can stop it. But she also warns them not to come find her and to leave the city. Naturally, they ignore this last part and go charging into The Glades to find their mom. The rest of the team -- Arsenal, the Canaries, and Spartan II (?) -- follow close behind. We then get mixed up in the plans of a corporate tycoon trying to blow up Star City so he can pave over the ruins and build a new, corporate controlled paradise. So, you know, the plot of the first season of Arrow all over again. Not the most original story, really. 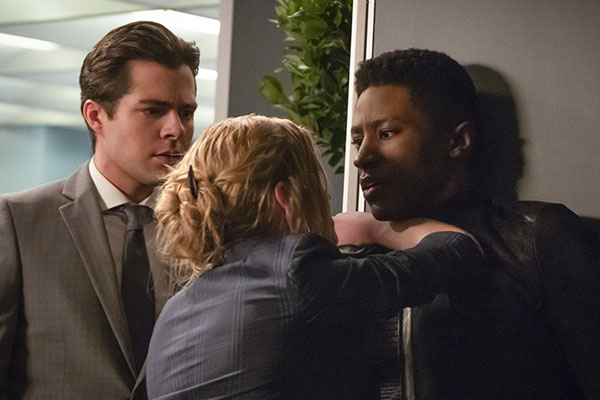 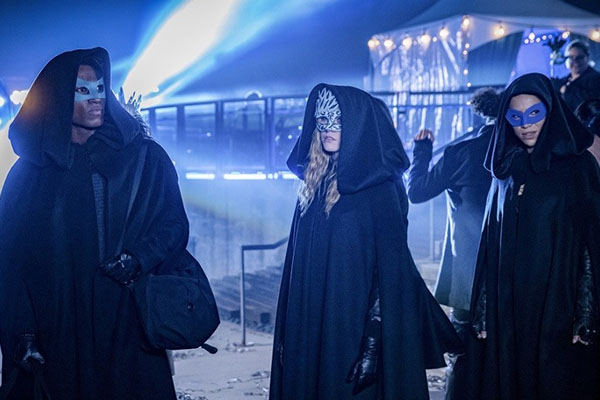 The show basically whiffs the plot line, giving us a story that's really not all that interesting, and if this is what the flash-forwards were building towards I am rather underwhelmed. But while it fails to give us a compelling story it does build a great dynamic between its leads. Mia / Blackstar (Katherine McNamara), William / Overwatch II (?) Ben Lewis, and Connor Hawk / Spartan II (Joseph David-Jones) all have great chemistry together, creating a dynamic not unlike the three leads of Arrow at it's height (which I'm sure was no mistake). I didn't necessarily like the new actors when they first showed up in the flash-forwards, but as the season has gone on they've all become comfortable in their roles and very watchable.

While the plot of this episode isn't great, the core cast does enough to make me at least slightly interested in Blackstar when it finally happens. My only real question is how is any of this going to tie in to Crisis on Infinite Earths next year. Will the new series really happen, or will CW take a breath and wipe this future away in the big crossover event. I guess we'll just have to wait and see...

Black Lightning, Season 2, Episode 16: The Book of the Apocalypse: Chapter One: The Omega

So this whole season has, apparently, been building to a final confrontation between Tobias Whale and Black Lightning. It was hard to see that coming over the course of the sixteen episodes as, to be frank, the storytelling this season has been incredibly sloppy. Still, there's something satisfying about seeing Whale get taken down, if for no other reason than his character hasn't been compelling at all for the last two seasons and I'm much happier having him off the show. Now if only the series can stick to its guns and leave Whale to rot in a pit for the rest of its runtime.

Essentially this whole episode is the build up to the final confrontation. Whale sends his newly acquired meta-human goons out into the city to wreak havoc and bring the city to its knees all so Whale can force a confrontation with Black Lightning. He wants to kill the superhero, once and for all, and despite everything else he has going -- fame, money, power -- he wastes it all on a final fight with the hero. In a way it's an inverse of Moby Dick, with the white whale (I mean, come on, he's an albino who is literally named "Whale") going after the captain and losing everything in the process.

That would be an interesting storyline if Whale had better development over the course of the run, but the show has never really known how to handle him. While Black Lightning has been handled with grace and depth -- delving into his life, his career, his family -- giving the character a real soul, Whale never had that same treatment. He's always been a shallow, shadowed, goon given more power than he knows what to do with. He's never gelled in a way the best villains in the Arrowverse have -- he's had none of the intensity of Harrison Wells / Eobard Thawn, none of the raw intensity of Slade Wilson / Deathstroke, and certainly not the massive, awesome power of Reign. He's just a guy with a lot of strength hiding the shadows, supposedly pulling strings. 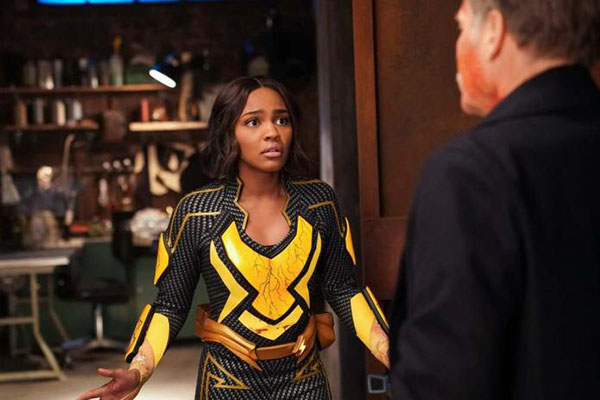 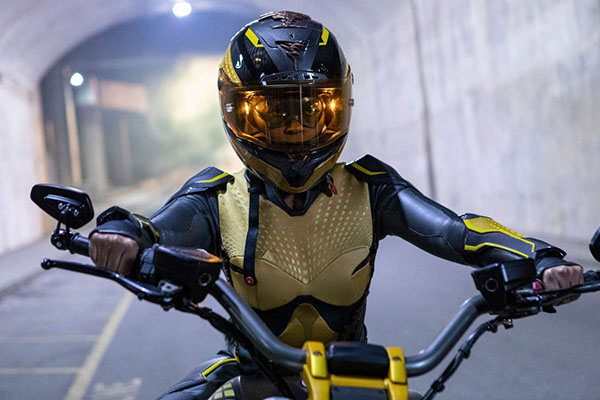 I don't think the blame for this lies at the feet of Marvin "Krodon" Jones III. The actor has done what he can with the role he was given and his invested the character with as much charisma and fire as he can. It's just simply the fact that Whale has constantly been spinning his wheels for two seasons, always making threats but not really doing much. Finally, in the last couple of episodes, he had access to meta-humans and a possible plan of what to do with them... and then he throws it all away for a fist fight with Black Lightning.

Maybe I could have been on board with that if the final fight were interesting, but even here the show falls flat. Instead of a big, epic battle, Whale is essentially taken out but a few power blasts from Black Lightning and his daughter, Lightning. It's not an epic contest where the two men beat each other down for control of the city, instead ending just as soon as it starts. It's a deflation of everything the series was trying to build towards and it sucks.

Supposedly the show will be ending next season (if all the rumors about the 'verse are to be believed), and that's the only reason why I'm sticking with this show past this point. The show-runner doesn't ever want Black Lightning to crossover with the greater 'verse, so it's not as if I have to watch this show for these weekly reports. Considering how poorly this season went (not just my opinion as the ratings fore the show have been flailing during this season), I was ready to quit the show entirely. If it does get an official announcement that it's ending next year, we'll cover it for its last season. Otherwise, with the train wreck this season become, I'm out.