All About Them Ladies

Although I thought all the superhero shows were off this week, apparently I was mistaken. Arrow and The Flash both make surprise (for me) returns this week, so those are the shows we'll focus on.

That said, Doom Patrol also had a fantastic episode this week, which we'll cover a bit in the notes below, so if you have time to watch at least three episodes this week, give that one a whirl as well.

This episode is all about the ladies. Early in the episode Oliver and Diggle go off to have a (largely off-screen) adventure tracking down the killer of Emiko Queen's mother, nicely extracting themselves from the A-plot of the story. That means all the characters left are ladies (since Wild Dog doesn't show up a tall), and this reveals just how many women are regulars on Arrow at this point. It's pretty awesome.

In "Lost Canary" Earth-2 Laurel Lance, who has been serving as Star City D.A. on Earth-1 in place of her dead doppelganger, finds herself on the other end of the law after she's framed for a murder. Laurel-2 then reverts to her old Black Siren persona, going on a criminal spree with an old acquaintance (who made so small an impression on me I can't remember her name). This leaves Dinah, Felicity, and Sarah Lance (popping in from a break over at Legends of Tomorrow) to track down Laurel and either convince her to give up being a criminal and aid them in clearing her name or, if that fails, taking Laurel down once and for all.

It's a simple plot, but maybe a little too simple. It's fair to say that the storytelling on Arrow is not as good as it used to be. While this show hasn't ever really gotten past the soap operatic tendencies it started with, there have been a few solid seasons of the show. That time, though, is long past the show and this most recent season has been pretty tedious over all. What stories we're getting are largely following the same beats of previous seasons -- a villain that starts off as a friend of Oliver before revealing themselves to be an evil archer who stands diametrically opposed to Oliver and wants to ruin him at any cost -- and even interesting one-off episodes, like this one, can't really rise above the rut the show is stuck in. 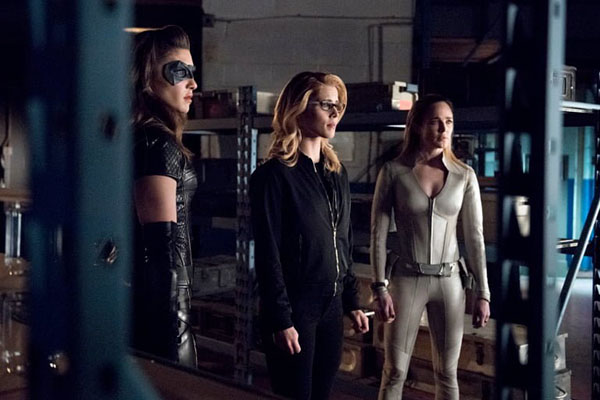 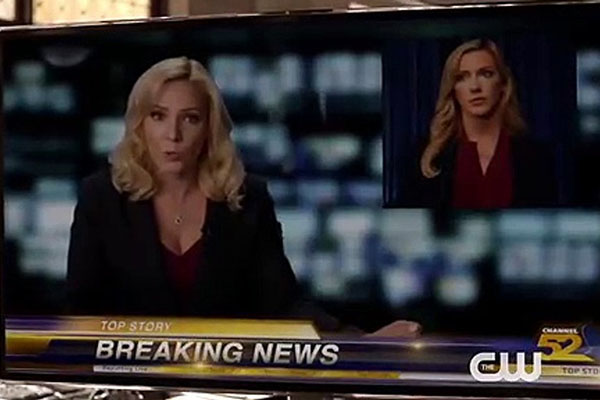 With this story, it's obvious that the show isn't going to kill off Laurel/Black Siren. If they wanted Laurel dead they would have left her dead after the Earth-1 version died back in Season 4. Instead, they found a way to bring a version of the character back, and then make her a series regular again. What they didn't do, though, was make this new version of the character compelling. Actress Katie Cassidy Rodgers has never really been that strong on the show, and she seems really out of her depth playing an evil version of the character. It's always felt half-hearted, something the show and felt as well about the character. Instead of giving us a really interesting, in-depth look at a villain trying to reform it's instead been like a light switch, evil one moment and good the next, without any nuance.

That's what robs this story of any meaning, really. We know that whatever Laurel-2 is going through, she's just going to make a decision by the end of the episode to be good (which she does), and she was clearly not in any real danger the whole time. It's silly and dumb and barely does anything worthwhile with the characters. So, yeah, just like most of this seventh season of the show.

I used to really like Arrow but at his point I really do appreciate the fact that the show is ending after a short season next year. If anything, it's coming a season or so later than in probably should have.

I've struggled in the past with this show. At times it's' been great (season one, most of seasons two and three), but as the show has progressed it has shown an inability to really evolve. Instead of finding new and interesting stories to tell, it's basically just elected to put more and more meta-humans in the mix and call that character development. That's how we've gone from a show about one dude that can run really fast and his human support team to one where every person on the show has powers, or at one point shared powers, or is dating someone with powers, or all of the above. There are so many meta-humans on The Flash at this point I honestly wonder if there are any regular humans left in the series.

This lack of creativity also has affected the overarching stories the series wanted to tell. Season one of the show was about Barry / The Flash taking on Eobard Thawn / The Reverse Flash, an evil speedster. Season two then had our hero fighting Zoom, another evil speedster. Then there was Savatar, another evil speedster in season three. Season four at least gave us a different kind of villain, the Thinker, but he was a beyond-boring villain that also managed to make even more meta-humans in the process, only exacerbating that issue. Now, with season five, we had Cicada, but right before the end of the season we have yet another evil speedster coming into the mix: Godspeed. Really, we need this show to try something new.

Up until now I've actually rather enjoyed season five of the series. Although I felt that Chris Klien's Cicada was tedious, the villain concept was neat and show was doing good things in and around the villain. It even managed to make the villain cooler by having Cicada I's future niece come from the future to reveal herself as Cicada II, and she was played well. Sadly she was nowhere to be seen this episode as, instead, we focus on Nora (Barry's daughter from the future) and her own battle with Godspeed. And suddenly we're back in a rut and I'm struggling to care.

Part of that is because Nora still hasn't come together as a character for me. Her motivations have remained a secret until this episode -- do finally learn about where she's from, who she is, and what she's gone through, but after 18 episodes this reveal feels like it's too little, too late. We needed more from her before this, and the show only gives us answer after we've already stopped caring. 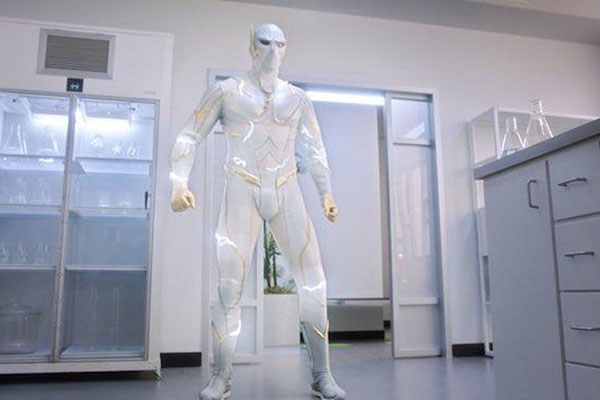 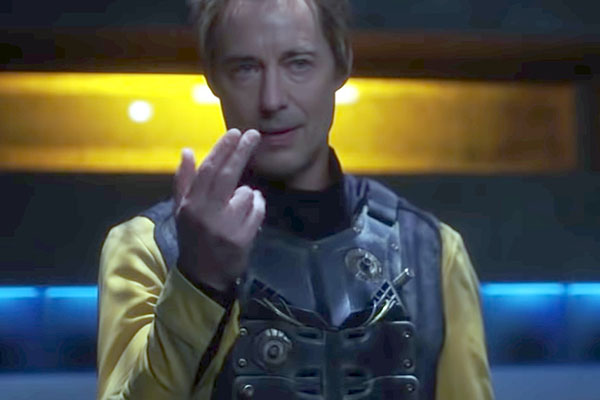 I don't know what the show is going to do going forward, if somehow Godspeed in Cicada II are working together (which I figure they are because the show isn't very creative) and what their plan may be. Whatever it is, this is very late in the season to introduce another big bad, drawing precious time away from the villain we were already dealing with. And to have it be yet another speedster just makes it even worse.

Hopefully this doesn't mark a point where this season jumps the shark, but I gotta say that my hopes aren't high. We've been here before and in the past The Flash has managed to drop the ball royally. I fear we're headed that way again.