Time to Get Funny

One fair critique of "Crisis on Infinite Earths" was that, in the end, it didn't really resolve any of the plot lines that have been established before the event. Barry was supposed to die in the Crisis, a plot point established when The Flash started all the way back in 2014, and yet a different Barry Allen died instead and no one even seemed to think that was weird or a bit of an oversight. As "Crisis" fades into the rear view, a big question is how much will the event actually affect the shows; a lot of ideas that were setup were dropped but would other plot points and concepts that crop up after the fact help to make up for this unevenness. Where is the ArrowverseWhen it was announced that the CW was creating a show based on the Green Arrow, people laughed. The CW? Really? Was it going to be teen-oriented like everything else on the network and be called "Arrow High"? And yet that one show, Arrow has spawned three spin-offs, various related shows and given DC a successful shared universe, the Arrowverse on TV and streaming. going to go now that this universe's version of (effectively) Avengers: Endgame is done?

For the most part is seems like the goal of many of the shows is to use the reboot to completely remake their shows. Supergirl has been working on integrating the show directly into the rest of the 'verse and exploring all the consequences of that. Batwoman and Black Lightning, though, have largely just acknowledged "Crisis" was a thing that happened and, aside from a couple of minor changes, the status quo has been maintained. For this week we're going to check in on The Flash and Legends of Tomorrow to see if either option is better or not.

With Arrow gone, you could view The Flash as the standard bearer for the Arrowverse at this point, the flagship of the fleet, if you will. It's the senior show in the 'verse the one that every other show is going to revolve around. Early crossovers in the 'verse tended to have Oliver Queen set the tone of the event and get the team together, with Oliver the de facto leader. Now that's the responsibility of The Flash, especially after they introduced the Hall of Justice.

In some ways it's fair to say that The Flash picked up the mantle. Cisco spent this episode cataloging all the changes to the 'verse, lamenting all the people that were lost, all the villains that have been rebooted and returned. This show raises a very interesting concept right there, that all the villains of the past for years (like Mirror Master, Dr. Light, maybe even the Royal Flush Gang from the first season of Arrow) could be back in new forms, played by new people. The show, and all the other shows in the 'verse, can use the reboot of the universe to remake all their characters (and maybe correct a few past mistakes).

And yet, at the same time, it's still business as usual for The Flash. Do you remember how Iris and her newspaper crew, Team Citizen, were researching some dark organization that, apparently, has been running all underworld crime in Central City for years? Yeah, I don't either because it was a really tedious plot line that didn't matter. And yet, somehow, it did matter because that's apparently going to be the "big bad" storyline for the rest of the season. Iris goes investigating around a seemingly good organization only to discover their ties to the true villains (called "Black Hole" which... is a terrible name for a crime syndicate). The villains aren't defeated (and, in fact, Iris puts herself into peril right at the end of the episode) and likely will linger for quite some time. 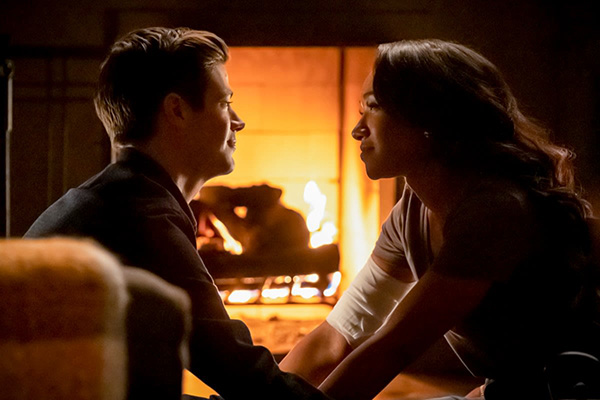 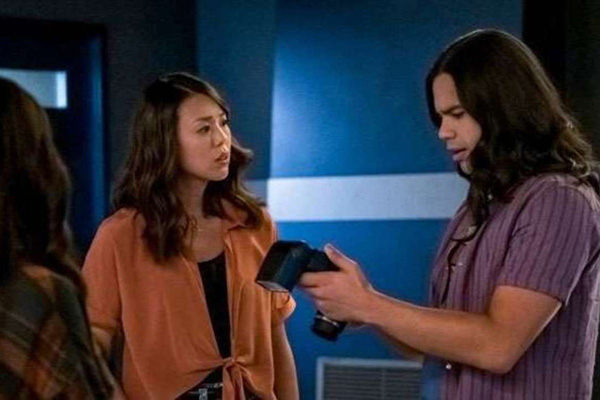 It's hard to know where the Flash is going for the rest of the season. I wasn't impressed with the Bloodwork story for the first eight episodes of the season but I gotta say, Black Hole isn't much better. Hopefully they're just a stop gap until some group of reinvented Rogues (maybe led by the Reverse Flash?) come around to make Barry's life hell. They have his wife right now (since she's been captured, apparently by the new Mirror Master), and if they can use that move to introduce themselves officially and start tearing up Central City, that would be awesome.

The one thing that really gives me hope is that this episode was genuinely fun and funny. When The Flash started is a bright and shiny beacon (especially in comparison to the dark and dour Arrow). Over the years, though, the show has gotten more and more sad and depressing, losing all the fun, jokey charm of the first season or so. Other shows, like Supergirl and Legends of Tomorrow took up the mantle as the "fun" shows while The Flash got more and more serious. Now that we're past "Crisis" and the threat of Barry's eventual death is behind us, maybe this show really can be fun once more. If this episode is any indication, the writers still have it in them. As a "repilot" for the current season I think the episode works. Let's just hope the villain is better than the vague and underwhelming Black Hole.>

Legends of Tomorrow, Season 5, Episode 3: Miss Me, Kiss Me, Love Me

While The Flash could be considered the standard bearer for the whole Arrowverse, I tend to view Legends as the glue that really keeps it altogether. It's the show that has the easiest time crossing over with any other (the Legends can show up anywhere and anywhen) and it's had a rotating cast that's been pulled from the other shows in the collective. Hell, for a season they even battled a collection of past villains from other shows in the verse. Legends is, effectively, the Justice Society of the Arrowverse, the show backing every other show in one way or another.

It's also the most tonally consistent and easiest to get into. That's because the show really doesn't give a shit, at all. After it's first season, when the show tried to be super dark and more in line with Arrow (which just didn't align with the concept of superhero rejects time traveling on a renegade ship), the show shook off its jitters and decided to go whole ham. Now it's the funniest, breeziest, and most enjoyable show in the whole Arrowverse.

This episode is no exception. The team -- Sara Lance / White Canary and Ray Palmer / Atom (from Arrow), Mick Rory / Heat Wave (from The Flash), John Constantine (from the short lived 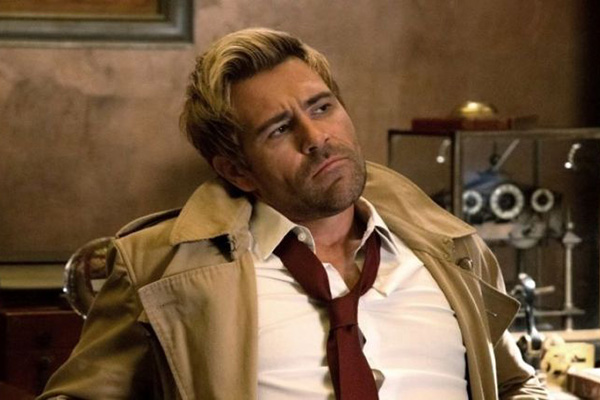 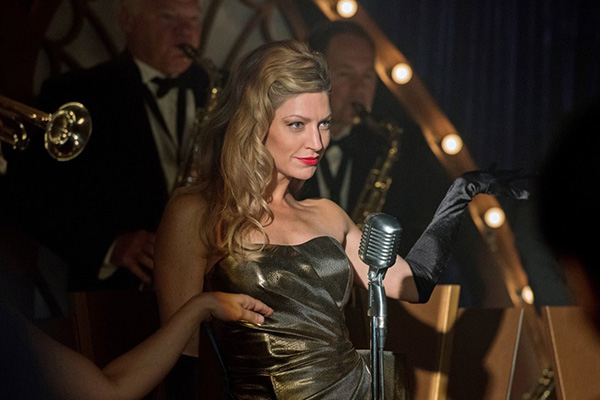 Does anything really important happen on the show? Not really. We do learn more about Astra, the human sent to hell as a child who then grew up to try and lead Hell, and she's going to be our big bad of the season. But for the most part it's just the characters hanging out, being dumb, and having fun. Where else are you going to see a superhero (Ava, in this case) get drunk and since a terrible rendition of "That Girl is Poison" while backed by a 1940s big band, and this serves as the climax of the episode (because she's the distraction). Other shows would think this was too dumb to work but Legends knows it's just dumb enough to work.

Legends is at its best when it's a superhero hangout show. There's a reason that for its episode of "Crisis" it let the heroes just have fun and fight a giant Beebo (think "Tickle Me Elmo"). This shows knows that superheroes are at their best when they're fun, which is a lesson every other show in this 'verse should learn from Legends. This show is back and, clearly, operating at full steam once again, and I'm so happy.