Checking In with Other Characters

While watching last week's episodes, the one new episode I couldn't see was Supergirl's "Confidence Women". Unfortunately, the CW online app (my only way to see the show having unplugged from cable years ago) didn't have "Confidence Women" available after the episode aired on regular TV. I originally assumed there wasn't an episode last week, but when I found there had been, I tried a couple of times to get to the episode, including trying different versions of the app, but to no avail.

With the new episode for Supergirl already up in the app (taking us from episode 5.05 to episode 5.07, stupidly), I had to try and find if there was a way to get to the previous episode. As it turned out, the solution was to do a Google search for "Supergirl Confidence Women Full Episode" and, lo and behold, the first link takes us to the CW officially, legally posted episode. Apparently the episode is in the app, just not connected to anything. It's dumb.

So yeah, if you follow the CW Online like I do, resort to searches if you want to see "Confidence Women". And now, having watched the episode:

This week, instead of focusing primarily on Supergirl and Co., we take a step back to focus on Lena Luthor and Andrea Rojas. Up until now we hadn't really learned much about Andrea (beyond that she was somehow tied up in the weird Leviathan plot line that had been raised and then, for five episodes, barely explored). Meanwhile, Lena suddenly became Supergirl's worst enemy when she learned that Supergirl had been keeping it a secret from her for four years. So this episode, a tale of the journey Lena and Andrea went on back in the day as friends, and then enemies, is supposed to give us all the needed back-story and context to make this whole arc somehow... work?

What it amounts to is that Lena and Andrea were boarding school friends who grew up to be best friends as adults. Lena's mother used to tell her about stories of a magical amulet, one that could cloak it's wearer in shadows. Lena always assumed it was more than just stories so, with Andrea's help, the two went on an expedition to the set from Legends of the Hidden Temple all to find this ancient medal. Andrea found it, took it for herself to somehow save her ailing father, and then lied to Lena about it. A year later, Lena found out about the deception and dropped her friend like a sack of potatoes.

It turns out, though, that the medallion came with a catch: while it did, indeed, grant its wearer the ability to travel via the shadows, it also made them a pawn of a magical organization, Leviathan, who had darker motives. Andrea, ever since, has been their stooge, doing their bidding, killing in their name while, publicly, also leading a Fortune 500 company. Lena, meanwhile, struck up a friendship with Kara (eventually), and then had to deal with the blow-back from her evil brother, Lex. And when it was revealed that Kara had lied to her (just like Andrea, I guess?), Lena turned on Kara just like she did Andrea.

At least, that's the argument the show was making. While getting some context for Andrea is nice, I wouldn't say this really redeems her as a character. She's not the big bad, sure, but we know so little about Leviathan, even now, that tying her into that plot line doesn't do Andrea any favors. And since the show is still reticent to tell us anything about the real big bad, Leviathan, we still have no clue what kind of evil they really are. It's six episodes in and the season is still an amorphous blob that doesn't seem to know what direction it wants to go. 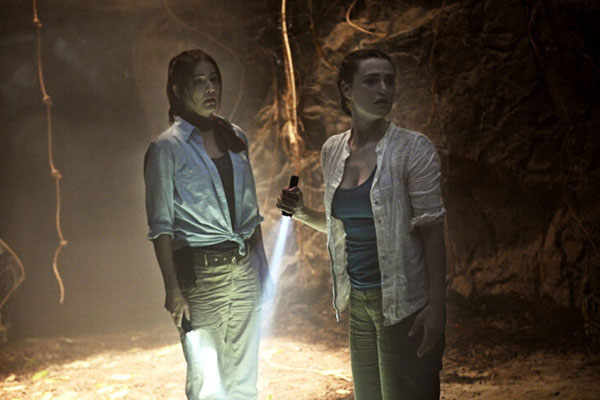 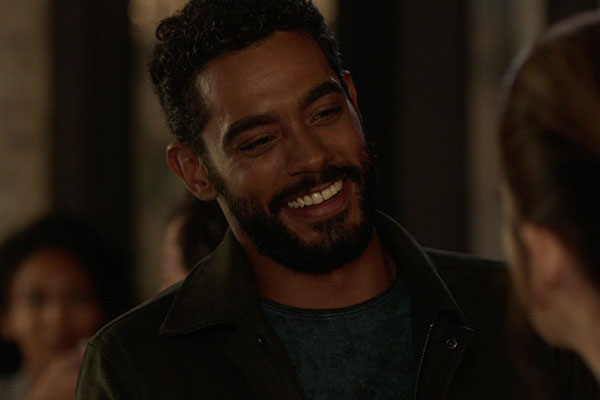 Meanwhile, this whole episode does Lena no favors. Simply put, the betrayal she's felt from Lex, from Andrea, don't compare to what Kara did. Kara kept a part of herself (that didn't come from Lena and wasn't Lena's business to begin with) a secret, and she did it to protect herself, to protect her friends and family, and to protect Lena. As a Luthor, Lena has to realize that Supergirl can't tell her everything -- if Lena was, in fact, as bad as Lex deep down, wouldn't Lena knowing the truth potentially cause Supergirl problems? In fact, from all we've seen, Lena knowing the truth has caused nothing but problems.

Also, superheros keep their identities secret. That's what they do. It's to protect the ones they care about from super villain attacks. If no one knows who the superheroing is then no one can attack the ones closest to them. Lena is a smart cookie so she should have realized this, but the show want to make the ham-handed case that any lie is bad. Kara did a bad by not telling Lena, day one, who she was and so Lena can now hold a grudge and destroy the world. It's a betrayal of the friendship the show has spent four years building, and it's betrayal of the version of Lena we saw over all that time. It's, simply put, stupid.

I have no clue where the series is going this season, even now. Is Lena the real bad guy? Is it Leviathan? Should we somehow care? On the last question, I can respond "no" because nothing on this show makes sense at this point. It's all stupid garbage. I miss the show from last season because this year barely resembles the fun, interesting show it used to be.