So I had my schedules confused in my head. Apparently last week's Supergirl was actually the finale and somehow I didn't notice. Maybe that speaks to how it only feels like half a finale, or to the fact that things are going to get heavily rewritten come next year, but whatever the case, I just didn't notice so that's my fault.

Whatever the case, this week's ArrowverseWhen it was announced that the CW was creating a show based on the Green Arrow, people laughed. The CW? Really? Was it going to be teen-oriented like everything else on the network and be called "Arrow High"? And yet that one show, Arrow has spawned three spin-offs, various related shows and given DC a successful shared universe, the Arrowverse on TV and streaming. report will cover that finale, along with the penultimate episode of Legends of Tomorrow. We're nearly to the end of the season, such as it is.

Was Leviathan ever supposed to feel like a threat? I wonder because if that's what the writers were going for they massively managed to make this evil group of "gods" feel anything near godly. They're supposedly existed for thousands of years, controlling and guiding the Earth, ensuring that humans are always kept in check, often via natural disasters. They hadn't faced a foe like Kara before, sure (so we can assume they never faced off with Clark either), but in this episode they're defeated not by Kara (or Clark) but by her friends (and Brainy), so I ask again: were these guys supposed to be a threat?

Lex treats these guys like a means to an end, but then Lex treats everyone as a means to an end. While Lex always feels like a threat (because the show is really solid at proving he works five steps ahead and anticipates everything), Leviathan's gods are made to look like chumps at every turn. Having them get defeated by the B-team only cements this since they should have easily wiped the floor with Alex, Dreamer, J'on and M'gan. And yet...

Were this not the finale of the season that would be one thing. Like, having Lex continue his plots and schemes for two more episodes might have been able to balance this out -- "oh, they're dead but Lex is still there as our big bad" -- but we're forced to use Leviathan as the de facto big bads because the season was forced to end right at episode 19. Whatever plans were in place for the next three episodes have been scrapped (the writers have said as much). Ending this season, in this way, just doesn't work. 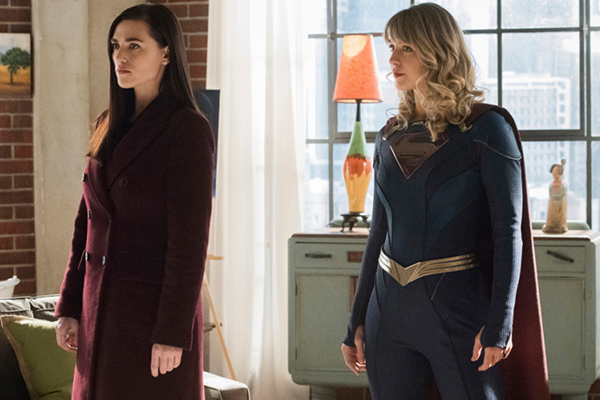 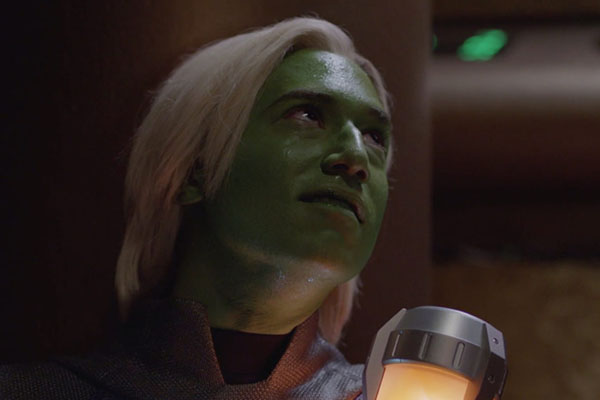 Sure, we have cliffhangers moments to carry us into next season -- Lex has the power of Leviathan (such as it is) so he can use it for his own plans, and Gemma is revealed to be a half-crazed robot lady -- but we're not going to get any resolution to any of this for months. Even after the other shows start back up in early 2021, Supergirl will be off the air for a while as lead actress Melissa Benoist is pregnant and taking maternity leave, delaying the start of the sixth season. Maybe the showrunners will use the Superman and Lois series to tie up some of these loose ends, that might be the only way to really make it work, but more than likely we're looking at Summer 2021 at the earliest before the next season of Supergirl and any resolution.

Long run, then, this just finale just doesn't work. It's a hokey, not very well put together episode on its own -- lame fights, bad acting, with only the Brainy C-plot having any real emotional resonance -- but it's even worse as a season finale because we're just supposed to accept that everything that happens here is a resoluteness to... something. Leviathan is stopped, but were we really supposed to care? We never really understood what they were trying to accomplish (beyond the vague "let's kill all humans" story), and we never feared them.

So was Leviathan supposed to be a threat? Yes? No? The producers couldn't have anticipated COVID-19, but that doesn't mean the B-list villains needed to be so awful. Had they been better this finale would have resonated. Instead it just falls apart as it hurries to a conclusion that never really comes. It's a disappointing finale and the only thing it promises is more great things from Lex. Honestly, though, Lex promises all that on his own.

Legends of Tomorrow, Season 1, Episode 14: The One Where We're Trapped on TV

You gotta love Legends of Tomorrow. Last week the heroes were all defeated, killed by a zombie horde, while the season's big bads, the Fates, gain control of the Loom of Fate and hatch their scheme to control all of humanity. A different show would have had the remaining survivors, what few there were, band together to create and underground movement to stop the Fates at all costs (I'm thinking Angel for example, among many other shows), but that's not Legends' style. Instead, we have an episode where everyone is happy and alive and trapped on a few different TV shows.

Like, literally trapped. They aren't just actors on these show, working with their memories wiped with this new, dystopian reality, but they literally think they're the characters they're playing as their life-threads are fed into a machine that produces the TV shows. It's such a strange and weird concept, but then the series uses this idea to give us pretty solid parodies of Friends, Downton Abbey, and Star TrekOriginally conceived as "Wagon Train in Space", Star Trek was released during the height of the Hollywood Western film and TV boom. While the concept CBS originally asked for had a western vibe, it was the smart, intellectual stories set in a future utopia of science and exploration that proved vital to the series' long impact on popular culture.. Only on Legends.

What's interesting about this episode is how many things this episode decides to reset with this weird gimmick. Behrad died early in the season when he was killed by Atropos, but he's back, alive and well, on "Best Buds" with Nate and Zari. We've also had the issue of the two different Zaris, the new version we got with the rebooting of the timeline at the end of last season, and the old version who was wiped away. Nate has been trying to remember the old Zari, and he has had feelings for the new Zari that were confusing and weird. But the show elides that by having Charlie split Zari's life line in two, creating old and new Zaris. Now we have both! 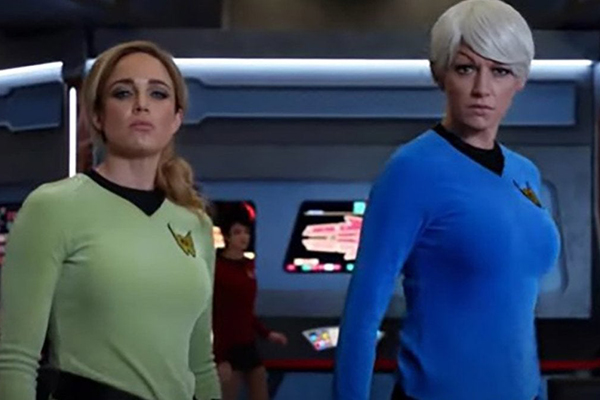 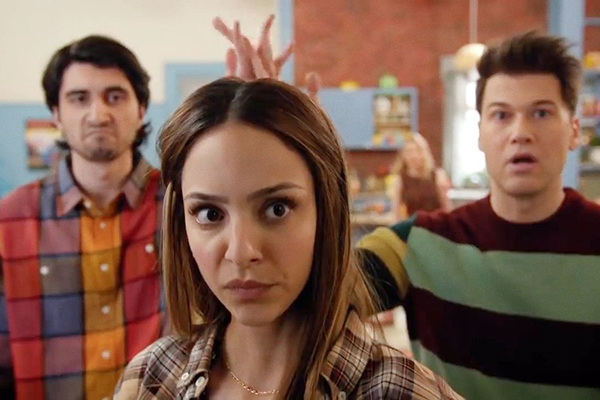 The question I have, and this is a good question because by the end of the episode the stakes are raised again, how many of these characters are going to survive. The crew is huge, with the additions of both Zaris, Behrad, and Astra, along with Sara, Ava, Mick, Nate, and Constantine. You have to think someone is going to bite it, it's just a matter of who and how. It would suck to bring Behrad and Zari 1.0 back only to lose them again, but then I like everyone else on the show. It would be weird for all of them to survive, though, against a set of foes that have proven themselves to be a real threat.

And that's what I really love about this show because it's able to balance being the weird and silly extension of the Arrowverse with actual stakes and reasons to care about all the characters. It must pursue whatever weird and strange ideas it has, but it does it with style and aplomb and never resort to being hokey or stupid. This show is the best thing Arrowverse has going on. I'm seriously looking forward to the final next week.