The Night Begins to Shine

Although I watched my fair share of the old DC Animated Universe, watching here and there on Batman and catching most of the run of Superman, I didn't really watch much of Teen Titans. It never officially tied in to the main universe, so I didn't feel like I had to watch it. Thus, I don't have the same fond memories of the old cartoon. I know a lot of fans hate the current iteration, Teen Titans Go!, because they feel like it would have been better to get a continuation of the older cartoon, that somehow this new show invalidates the old one. It's nerd logic. 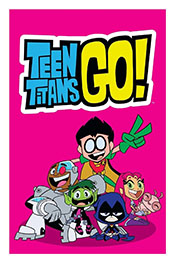 There are also some that accuse Teen Titans Go! of kill another related show, Young Justice. The latter show was unceremoniously canceled by Cartoon Network after, most would argue, the show had really hit its stride. Losing that show did sting, made only worse by Cartoon Networks reasoning: while plenty of kids were watching, the demographics apparently leaned more female, meaning not as many boys would buy the tie-in toys (and apparently the girls weren't making up the difference). Thus, while the show had good ratings, it was dumped. Soon after, Teen Titans Go! started, and fans of Young Justice blamed the newer show.

Personally, I don't see it that way in either case. Teen Titans Go! is a very different kind of show and there is certainly room for both the serious take on teenage superheroes, like Teen Titans and Young Justice, to exist alongside the silliness of Teen Titans Go!.

And yes, Teen Titans Go! is very, very silly. The shows exists, essentially, to act like a Ren and Stimpy for the DC Universe. The episodes are little 12-minute adventures featuring the team of the Teen Titans -- Robin, Starfire, Cyborg, Beast Boy, and Raven -- getting into various hijinks that usually resolve by the end of the episode. I say usually because the show has a very loose continuity -- characters can actually die during an episode and then just show up at the start of the next adventure without any explanation for what just happened (and this has occurred a few times). And yet, at the same, time, everything that has happened to the characters is remembered, and they'll reference it again and again, as need be, to further a story or (more often) continue some running gag.

It all furthers the humor, and Teen Titans Go! is very funny. Although there are the occasional hit-or-miss episodes, most of them are winners. The nice thing about short episodes is that if an idea doesn't play, if the humor of a story seems off, you can trust it'll be over relatively quickly and the characters will move on to a new story. Sometimes the misses are pretty bad -- the time the heroes all get fat and dedicate themselves to having the biggest, grossest bellies possible, the time a squirrel steals their nut mix and then have to become Looney Tunes versions of themselves to exact revenge -- but they're then soon made up by huge, laugh-worth, magically awesome hits -- "40%, 40%, 20%" is a stand-out, featuring the song "The Night Begins to Shine". There's almost always something for a viewer to enjoy, even if it means occasionally skipping a dud episode here or there. 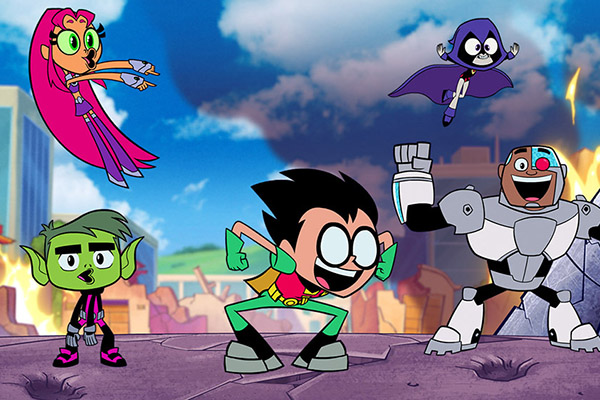 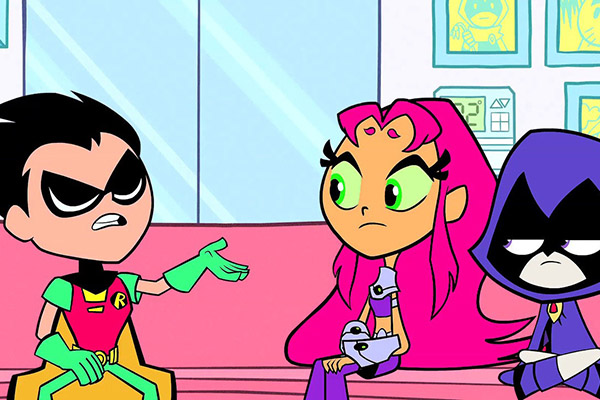 Of course, since everything is tied together with a loose continuity, viewers can pretty much start wherever they want and go as far into the series as they desire. Sure, you might occasionally miss the start of a running gag here or there (just wait for the Super Robin, who is the best character ever) but for the most part there's no penalty to picking and choosing. It also means there's no one episode we have to single out to say "well, if you're going to like this show, start with this stand-alone first" (although, again, "The Night Begins to Shine"). This isn't like the Arrowverse where you have to deal with a serialized story explaining how the team is taking on a big bad each season. There's no big bad in Teen Titans Go!, and even the closest equivalent they have, Hive, is essentially just as goofy and silly as they are.

What it all amounts to is a superhero show that essentially parodies the very concept of being a superhero show. Sometimes the Teen Titans fight a villain, sometimes they are the villains, but most of the time the adventures they get on are simply because the characters are bored and get some dumb idea stuck in their heads. And, occasionally, they spend an entire episode learning about the importance of buying rental properties to gain equity for future retirement (that literally was the entire plot of an episode).

This isn't a serious show, but it doesn't need to be. Teen Titans Go! can exist on TV without taking away from the darker, edgier, more heroic shows. I mean, DC is bringing back Young Justice for a third season on its new streaming service (and there are talks about bringing back the old Teen Titans cartoon as well). This isn't an either or proposition. When you want something light, go watch Teen Titans Go!. When you want something more serious, go watch one of the other shows DC has on the air.

But no, seriously, go watch Teen Titans Go!. They have a new movie coming out. It's totally worth it to you to catch up on the show, to see how random and funny it can be, before going to see the movie. I've been chewing through the show myself in preparation (and because that's why I do). 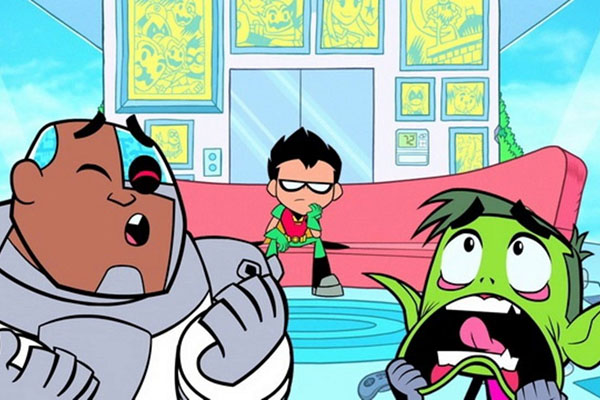 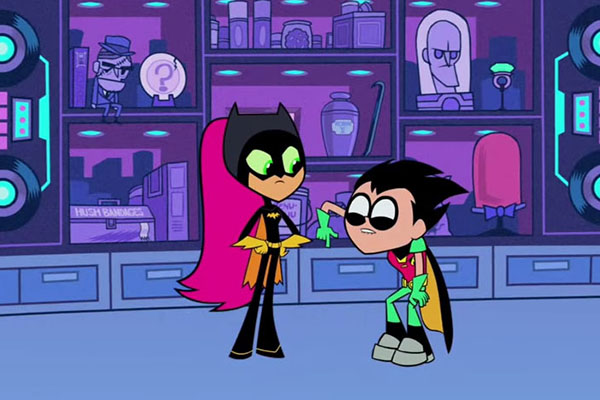 Hopefully, after this weekend, I'll be back with a review of the movie, Teen Titans Go! to the Movies. Until then...