Among all the various things I really enjoy -- comics, movies, horror films, slasher films, monster films, any films -- I really have a fascination with time travel. It's a concept that's ripe for exploring in science fiction (despite the fact that it's probably impossible as per the physics of the real world). It's probably why I've written so much about the Terminator series on this site -- they're both time travel AND horror films, and thus a win-win for me. 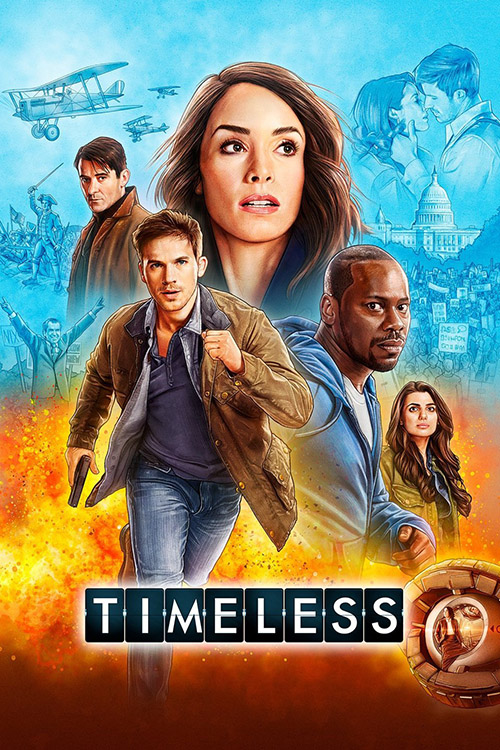 Thus, any time a new time travel property is announced, I tend to sit up and take notice. And, for the last two TV seasons, I've been watching Timeless, a hour-long adventure drama on NBC. As my intro would indicate, it's a show about Time Travel. As per the setup of the show, there's a corporation that has invented time travel (I'd look up the name but, by the time the second season has rolled around, it no longer exists). Unfortunately, the main time travel ship, the "Mother Ship" gets stolen by time terrorists. Thus, the corporation, along with the C.I.A., puts together a team of three people to ride the "Life Boat", a secondary travel pod, to chase the Mother Ship through time and try to stop the terrorists from changing the future.

To be fair, it's not the most interesting concept. Time travel shows have been dealing with whole "travel to different eras and right what's gone wrong" concept for decades now. Hell, that's practically the description Quantum Leap uses in its opening narration, and it neatly summed up the short-lived, dearly-missed, "Quantum Leap-only-not show from a few years ago, Journeyman. It's a tried-and-true format that... wait, really? All these fucking shows have been on NBC? Damn.

Anyway, Timeless took its time (ba-dum-bum) getting its feet, and while the early episodes were only okay -- well produced with lush sets and costumes but only middling stories -- the series really found its feet in the back half of the first season when we realize that the terrorists were actually kind of the good guys and there's a much worse evil out there: the secret society, Rittenhouse. But then, near the end of the recent second season, things get exploded again. We're not going to cover all those events (and the season finale just aired and I don't want to spoil it quite yet), but there's one thing I do want to touch on:

Throughout the series there's been one rule: once a person exists somewhere, at some time, they cannot go back to that time (we never see the consequences of it, but presumably it's at least person-ending if not world-ending). Thus once the terrorists or Rittenhouse try to change something and have it fail because the good guys rush in, that's the end of it -- everyone has to move on, win or lose, because there's no way to go back. 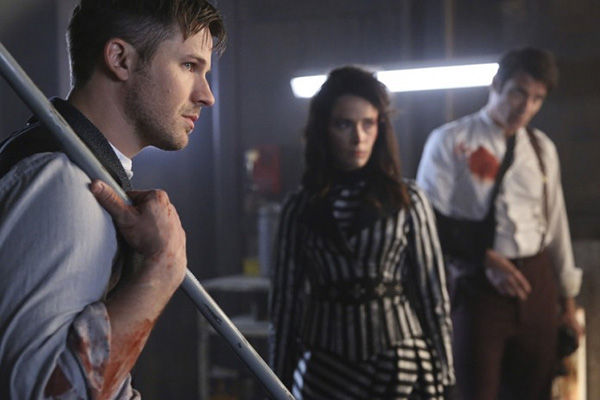 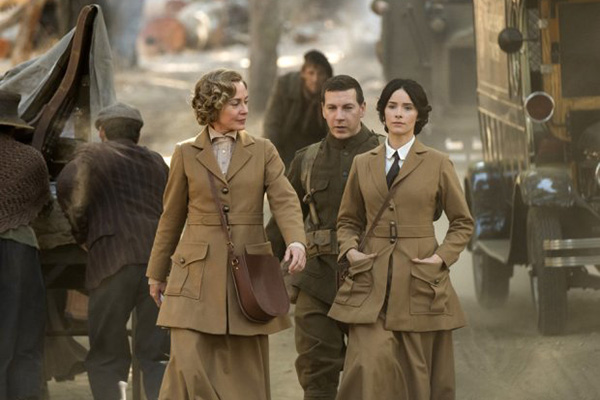 That is except for one detail that's been in the series since the very first episode. The original bad guy, Garcia Flynn (a scenery-chewing Goran Visnjic), tells the main heroine (and team historian) Lucy (Abigail Spencer) that he's traveling through time because a future version of her met him in a bar and gave him a journal of all her adventures. Adventures that hadn't happened yet. As we see throughout the series the team will travel back in time before events have changed and then, once they get back, time is irreversibly changed all along the timeline and things that existed no longer exist (and vice versa). Due to that, how can a journal from a future Lucy exist before the timeline has changed and how can she have possible done that when the events occurred in the relative present and Lucy was already there living a different life?

Well, second season begins to shade that. The team works on the life boat to upgrade it so it can take more passengers (bad things happen if they overload the ship), and it's shown that the lifeboat can be expanded and changed and improved. Thus, when at the end of second season we see a second life boat drop into the team base and a second version of our heroes step out, it's a rule-exploding moment. It should be a paradox within the rules of the universe but because so much groundwork was laid, it's violation of the rules that actually feels earned.

Don't get me wrong -- I really like how the timeline of the Terminator series is self-fulfilling and perfectly cyclical. It works for that universe and within its own set rules. Sometimes, though, it's awesome to have a show blow up its own established time travel rules and make it work. This isn't cheating because "fuck it, no one will notice." This was laid out and established from day one. That's really cool.

The show isn't always the best, but I really appreciate the thought put into this revelation. I do hope it gets a third season (it's on the cancellation bubble right now so it could go either way). I would like to see more moments like this -- when the show takes chances, it's really watchable. 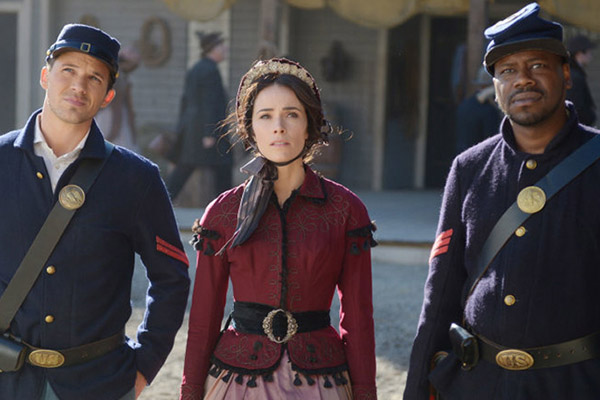 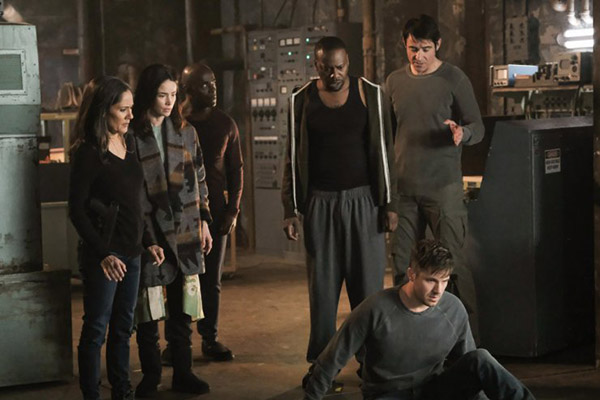 Editor's Note: Sadly, the show has been cancelled. NBC is saying they'll air some kind of TV Movie finale for the series, but we're still waiting for any official production news yet. If it ever comes out, be sure we'll review it.