How Do People Watch This?

Shows and Movies I Couldn't Get Into

I have a rule: I don't review anything if I can't get through it. It's something I try very had to stick to and, so far on this site, I've only violated it once (The Innocents on NetflixOriginally started as a disc-by-mail service, Netflix has grown to be one of the largest media companies in the world (and one of the most valued internet companies as well). With a constant slate of new internet streaming-based programming that updates all the time, Netflix has redefined what it means to watch TV and films (as well as how to do it). annoyed me enough that I didn't get past the premiere -- I clearly wasn't the only one as that show didn't come back for a second season). It's part of the reason why people might talk about some anime show that's popular, or some new cartoon, or whatever, and I don't review it here: if it doesn't hook me enough to watch at least a few episodes, even if I end up hating it by the end of the season, I just won't talk about it.

Over the last two years, though, there has been quite a lot of these shows that grabbed the public consciousness but failed to grab me. So, for just this moment, I will break my rule just a little and we can talk a bit about some shows I was just "meh" about:

I am a big fan of Elizabeth Moss. Sure, she didn't win me over as Zoey Bartlet on The West Wing, but she's grown to be an extremely strong actress over the years, from Mad Men, to The Invisible Man, to this series. And she's incredible on the show, to be sure (at least the three or so episodes I managed to sit through). I have no complaints about her performance.

The show is just so damn depressing. I get it, that's the point -- a world where some great cataclysm (I never made it far enough in to find out what) caused the U.S. Government to essentially dissolve and some radical, far-right group takes over a huge chunk of the country and makes any woman that can have babies (because most women are now sterile for some reason) into baby-making sex slaves. That's horrible, and I'm certainly not blind to the fact that we have a pretty far-right government right now that feels just a few steps away from the world of The Handmaid's Tale. I just don't want to be depressed out beyond all measure by something I watch.

A few years back I tried to watch The Night Of, a mini-series that came out to much acclaim on HBO. It, too, was well made and had phenomenal performances. It was also depressing as all get out and I just couldn't get through it. I'm all for drama, I'm all in on good thrillers, but you have to have occasional moments of levity so it doesn't feel like a dirge the whole time. The Night Of, because of its subject matter, felt like a dirge and that was how I felt about The Handmaid's Tale as well. It could be fantastic for what it is, I'm never getting through it. 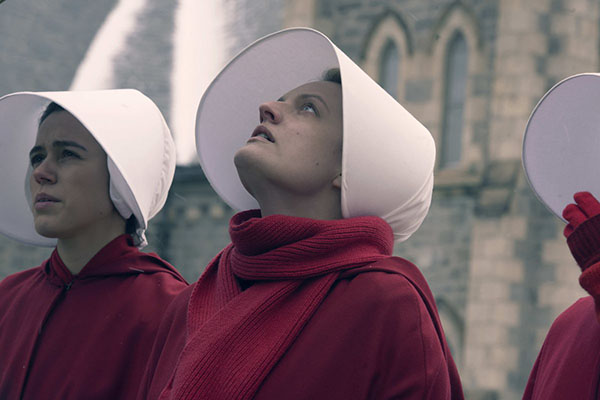 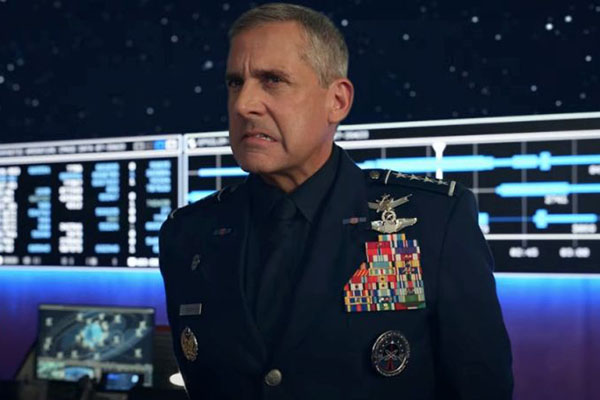 Here's some tonal whiplash, going from a depressing sci-fi drama to a lighthearted farce. Plus, this show just came out so I should be able to take some time to review this, right? Yeah, that's not happening. I watched an episode and was utterly annoyed by the show. That's a hard hump to get over.

I think the issue here is that I don't find this kind of show funny. Clearly, both from the humor on display as well as by the fact that they got Greg Daniels, the guy behind the U.S. The Office, and Steve Carell, the star of the same show, there were going for a very specific type of show. Work place comedy mixed with uncomfortable humor. It was a formula that worked well for The Office (but not so much, I will note, for Parks and Recreation, to the point that show had to reinvent itself in its second season). People loved the U.S. Office.

I was not one of those people. I found it grating. That uncomfortable humor makes me, well, uncomfortable and I don't find it funny. It's here as well, watching Carell's General Mark R. Naird suffer through the indignities of his job over and over again. I hated it. It could be the funniest show around for other people, I'm never getting into the second episode.

She-Ra and the Princesses of Power

I didn't talk about it on this site because it started before I relaunched Asteroid G and I felt like too much of it had passed, at the time, to go back and review it but I did really enjoy Voltron: Legendary Defender. It was an anime-inspired show with a good blend of humor and action and a story that (for at least its early seasons) really zipped along. It was great.

That show ended and Dreamworks announced a new show based on the old Filmation She-Ra. I certainly wasn't opposed ("girl" cartoons or "guy" cartoons, I'll watch it if there's good writing) so I figured I'd tune in for an episode or two and see what happened. And... I just wasn't hooked. I've heard the show does great things, it just didn't bring me in. It was perfectly acceptable but... I don't know, something was off about it. 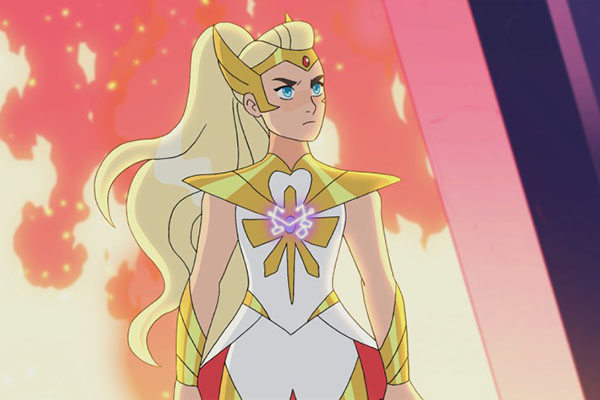 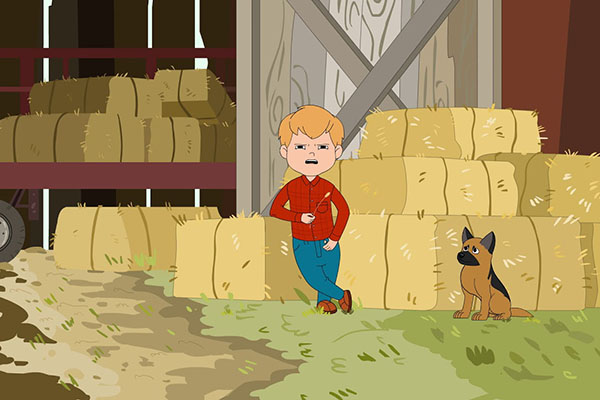 God, this is one I really needed to get through because I'd watched every season of the main show, Letterkenny. Thing is, in later seasons that show has really fallen off and I was already a little wary of a cartoon going back and exploring the main characters as little kids. Like... what's the point of it, really? What are we trying to say here?

The show itself, basically just a collection of poorly animated webisodes, is grating. It's not funny, it's bad, it's annoying, it's... well, I could go on and on. And I really should. I should do a whole review about this awful season of web-television. The whole thing is only, like, 35 minutes long so I could bang it out one day when I was really bored. But the fact is that the six minutes of it I watched (two episodes of the show) was so bad I turned it off and never went back. Something tells me I never will.

It's a future where, for some reason, people with super powers are hated, feared, and imprisoned. Some incident happened years earlier and now anyone with powers has to hide themselves away. A dude has a daughter, she's grown up in isolation, not even knowing the world outside her house, and they both live like creepy hoarders in this house... and why should I want to watch this?

Thirty minutes in and the movie still hadn't convinced me why I should stick around. It's been months since I stopped it part-way and Netflix is still eagerly promoting it in my queue. Sorry, Netflix, but no. 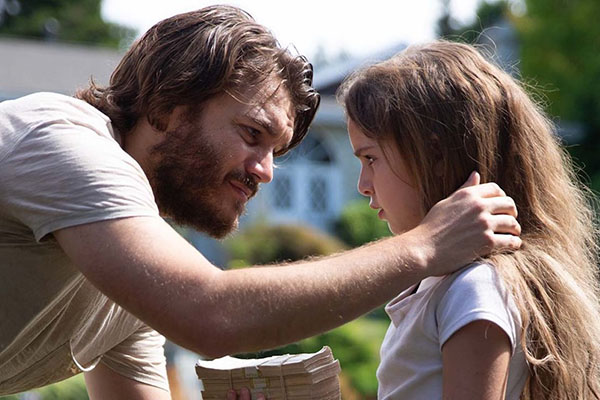 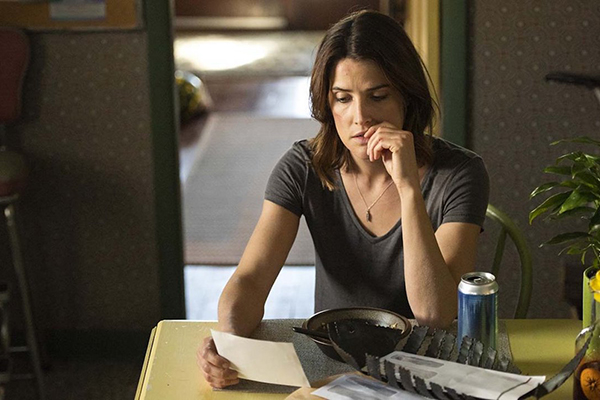 You ever watch a show where the characters are always trying to claw themselves up towards something better but, no matter what they do, they just can't make it over that hump. The show always has to revert them back to their terrible situation for one reason or another because, if it didn't, then there wouldn't be a show. The whole concept of the show revolves around them being in this crappy place they can never escape, no matter how much the series dresses it up otherwise.

That's how I felt watching Stumptown. I went into the show actually enjoying the material -- Dex Parios (Cobie Smulders) is a down-on-her-luck Marine veteran that happens onto a missing person case and then, through one event after another, decides to become a Private Investigator so she can try to help people. I liked that, and Smulders acted it really well, but after eight episodes the show had basically shown me all its creative tricks, and I realized Dex was always going to be living paycheck-to-paycheck, eking out a living as a P.I. just on the edge of bankruptcy.

Maybe the show can continue plugging along like that for years to come. Certainly I can see the formula working for some people -- gritty street cases with Smulders being sarcastic from case to case. That fueled plenty of shows back in the 1960s, could work here. I'm just no longer on board.

I Am the Night

I actually am interested in serial killer shows. I find the crimes, from a clinical perspective, interesting (without in any way identifying with the killers because... no). It's lead me to watch a number of movies shows about the subject matter (a surprising number of which were directed by David Fincher). I stumbled across I Am the Night, which followed characters tangentially connected to the Black Dahlia murders, and I figured this would be an easy watch for me. The show, though, never grabbed me.

This is a sad one because I was five episodes into the six-episode run and I just couldn't bring myself to do it. I found I just didn't care about the characters, one of which was played by the charismatic Chris Pine, and there wasn't enough about the crimes to get that clinical geek thinking about the case. It was too removed from the story, too interested in these side characters (which makes sense since it's based on the autobiography of a woman tangentially connected to the case). I just couldn't get through it.

Again, this is a show that taunts me from my queue (this time Hulu), but I doubt I'm ever finishing it. 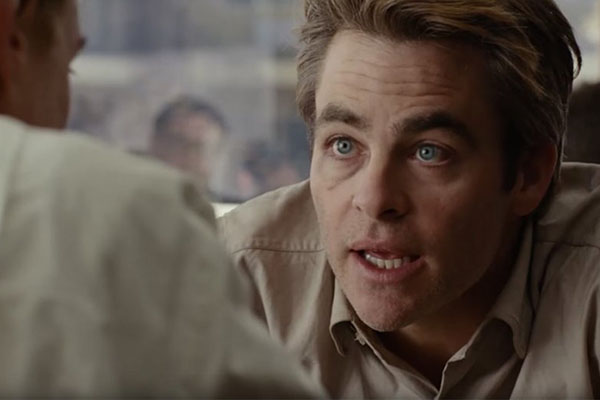 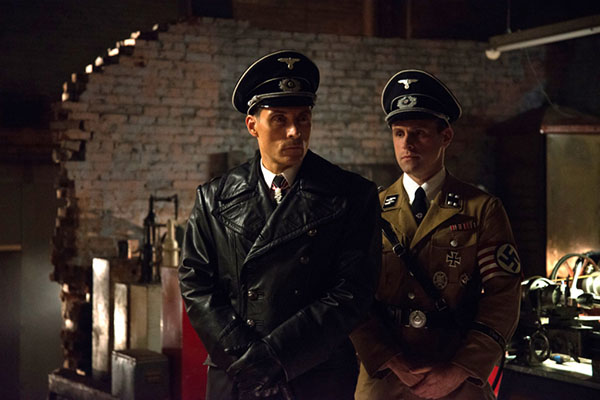 The Man in the High Castle

Finally we come to another subject matter I really find interesting: alternate history. I like the idea of parallel worlds, how they could form, what they can show about our world. What I find boring is how most parallel worlds end up asking, "what if the Nazi's won World War II?" And that's the question The Man in the High Castle asks as it paints of world of the U.S. divided up by the Axis, it's people subjugated, it's future bleak.

And I just didn't care. The show has gone for five seasons and I just can't get into it. Frankly, the story takes too long to get anywhere, and while it spins itself in circles it also depresses its viewers over and over again. Plus, frankly, the Nazis could never have won the war -- read any historical accounting of it and they just couldn't have pulled it off. They frankly needed much more effective leaders at the time to grow their empire any further than it got. They caused a lot of carnage, murdered so many people, and it's a good thing they weren't more effective. But they weren't ever winning that war, not long term.

This show was tedious, and it was built om a premise that just didn't work. Two strikes I could never forgive.