For a while now I've been hearing good things about Hanna. The series is an Amazon PrimeWhile Netflix might be the largest streaming seervice right now, other major contenders have come into the game. One of the biggest, and best funded, is Amazon Prime, the streaming-service add-on packing with free delivery and all kinds of other perks Amazon gives its members. And, with the backing of its corporate parent, this streaming service very well could become the market leader. streaming exclusive, based on a previous movie of the same name. I haven't seen that movie, nor did I know what the show was about before jumping into it. I'd simply been bored, browsing the various streaming services for something to watch, and stumbled upon the show. And I was glad I did because it's really pretty good. 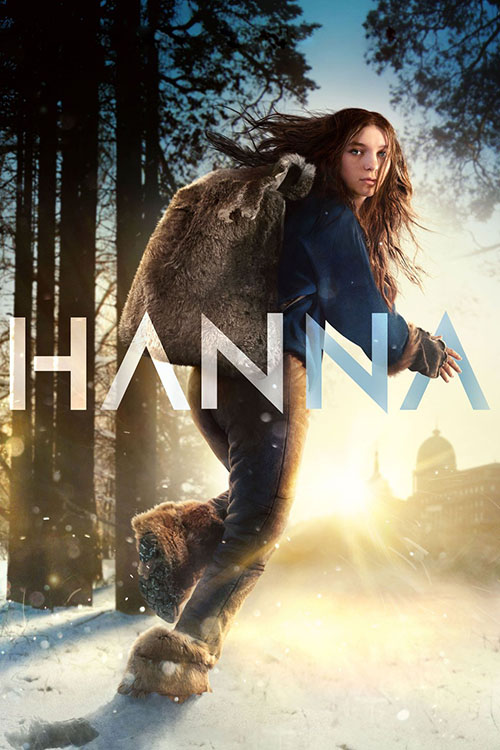 Good, but not original, I should note. It's basically a long form telling of The Bourne Identity, except instead of Matt Damon playing an adult, male, highly trained super-spy we have Esme Creed-Miles playing a teenage girl engineered and trained to be a super-spy In all other regards, from the setting to the bad guys hot on our lead heroine's trail, the series is of-a-piece with the Matt Damon series of thrillers. That's not a bad thing, per se -- I happen to really enjoy (most) of those movies -- it just would have been nice for the series to try and tread some new ground that hadn't already been well trod since 2002.

Hanna opens 15 years before the main events of the series. We see an operative, Erik Heller (Joel Kinnaman), break into a secured facility and steal a baby. As we soon learn, the baby was part of a secret government program and, by stealing the baby, Erik puts himself, the baby, and the baby's mother (who is along with them for the ride) all in danger. Sadly, the mother is killed by Erik makes it to the deep woods of Finland with the baby, choosing to raise her in seclusion so that the government spooks can't find (and kill) them.

Fifteen years later we find Hanna (Esme Creed-Miles) living out in the woods with Erik. He's been training her all this time, teaching her skills in hunting, tracking, path-finding, history, geopolitics, and languages. Essentially he'd made her into a super-spy but one that doesn't work for any government. It's all to keep her alive in case the spooks ever come. Sadly, Hanna has grown restless of her woodland home and ventures out on her own out into the world. This leaves evidence of her existence and, like that, the CIA is after the girl once more, forcing Hanna and Erik on the run. Now the two have to find a way to get the spooks off their trail and end the government's interest in them. And that means killing the head of the program sent to track them down, Agent Marissa Wiegler (Mireille Enos).

So yeah, as I said, this is basically any of the Bourne movies, just with a teenage girl. Hanna's adventures take her across Europe as she's constantly dodging CIA agents sent to capture or kill her. The program she was a supposed to be part of is an analogue for Treadstone, the evil program in the Bourne movies. We even have the CIA agent sent after the girl, Wiegler, who will, of course, eventually become a loose ally for the girl. Through and through this is a tale we've seen before, just with a girl in the lead. 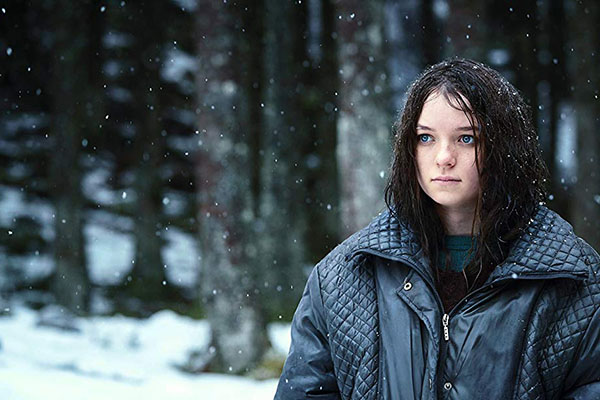 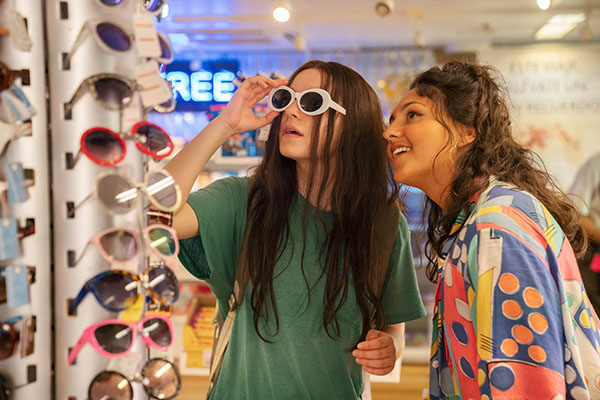 Swapping in a teenage girl for a brusk male lead does change the dynamics of the show some, although not when it comes to the super-spy sections. Hanna is just as capable as Bourne, but also as closed off so when she's' in her super-spy mode, infiltrating bases and fighting dudes, she comes off as just as brusk and focused as Matt Damon's most famous character. It's in the sections around the super-spy plot, when Hanna gets to just be a teenage girl, that the series finds its best footing. Near the start of the series, after they have to go on the run from their woodland home, Hanna and Erik have to split up for a time to elude capture. This eventually leads Hanna to join up with a nice British family as they're traveling across Europe in a camper van. This leads her to befriend their teenage daughter, Sophie (Rhianne Barreto), and Sophie then pushes Hanna to try new things and, essentially, finally get to be a teenage girl.

These moments, where Hanna just gets to meet other teenagers, party, and experience life, help to develop her into a real character, one who is capable of more than just punching and shooting and planning incursions. If we continue the Bourne comparisons, this is like the first movie where Bourne befriends Franks Potentate's Marie. The two develop a strong connection and, in the process, Marie humanizes Bourne's character (and then they killed her in the first sequel and Bourne basically became a dead-inside mute stalker of CIA operatives). Hanna needs something to balance her life, to make her more real, otherwise she risks being just another dead husk walking around killing people, and thankfully the show gives her enough moments that we get to really view her as a girl and not just an operative.

It's good that the film gave us these moments as, honestly, the super-spy stuff isn't nearly as interesting. It's not just because we've already seen it before (across five Bourne movies, not to mention all the Mission: ImpossibleIntroduced in 1966, the original Mission: Impossible featured a team of agents (with varying skills) heading out into the field to solve puzzle-box like cases on a weekly basis. This simple concept spawned a long-running series, a second series in the 1980s, and a hugely successful movie franchise starring Tom Cruise that continues today. and every Euro-trash thriller to come out since both of those successful franchises started up) but because the action in the series doesn't really have any flair to it. The good thing about casting a fifteen year old girl in the lead role is that she can convincingly play a fifteen year old girl. The downside, though, is that most fifteen year old girls don't have fifteen years of training to be lethal super-spies which means the series has to do what it can to help convince us Hanna knows what she's doing. That means the action is broken up into a lot of quick cuts, masking the fight sequences and obscuring any flubs or issues the lead actress might have had.

That's not to knock Esme Creed-Miles as she gives a great performance most of the time. It's clear she trained as hard as she could for the role and really wants to be a convincing super-spy It's just that it's clear that between her abilities, the director's own filming style, and the way the series is cut together, she still had a bit of a way to go to really pull off all aspects of the character. The series is getting a second season so this part of her performance can grow and the show can, hopefully, start giving us more confident stunts. There's just something missing in the spy portions of our spy thriller, a key piece of the action that doesn't quite gel with the story they're trying to tell. 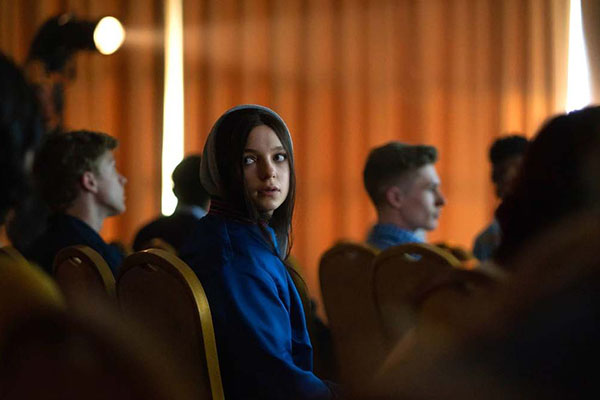 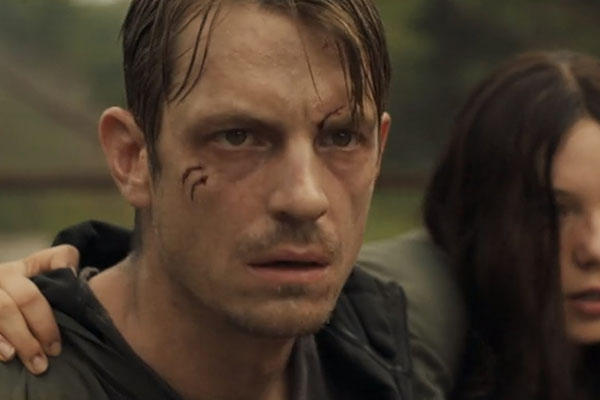 What surprised me during my viewing was how well Kinnaman actually handled himself in this series. Before this show I'd see the actor in the NetflixOriginally started as a disc-by-mail service, Netflix has grown to be one of the largest media companies in the world (and one of the most valued internet companies as well). With a constant slate of new internet streaming-based programming that updates all the time, Netflix has redefined what it means to watch TV and films (as well as how to do it). series Altered Carbon and the DC Extended UniverseStarted as DC Comics' answer to the MCU, the early films in the franchise stumbled out of the gates, often mired in grim-dark storytelling and the rushed need to get this franchise started. Eventually, though, the films began to even out, becoming better as they went along. Still, this franchise has a long way to go before it's true completion for Marvel's universe. Suicide Squad, neither of which were a rousing endorsement for his acting abilities. He always comes across as a vacant void, someone attempting to put on emotions while not really being sure how emotions work. Here, though, Erik is supposed to be a cold and calculating ex-CIA operative, one who really only cares about his daughter, Hanna, an in this role Kinnaman's strengths (and weaknesses) actually work. He still doesn't have a fantastic range but he's at least given a context to play in that works for the actor.

Less successful is Enos's Wiegler. She has to be a cold, hard bitch, one that we could believe would kill anyone without hesitation and wouldn't have any issue running a program that experimented on babies, but Enos never quite gets a grasp on the role. Her performance in understated but all over the place, as if she took acting lessons from a a pre-Hanna Kinnaman. She's not an effective villain nor do we buy her face-turn mid-way into the season. If the show simply ditched her after season one I wouldn't miss her in the slightest.

Really, the fact that Wiegler barely rises as the villain may be a big part of why the super-spy portions of the show don't work. We don't really worry about if Hanna will be okay because none of the villains seem as capable as her (or Erik, for that matter). And without a heavy to bring it all together all we're left with is Hanna, her story, and her fighting. Her story is strong, her abilities less so, and this weakens portions of the show because of it. With the right training, and a better villain, Hanna season two could really be something. Season one is good, but it's the future of this show that could be truly great.