How Many Times Are They Going to Attempt This?

For a franchise as long-running as the Tom Clancy brand, I can't say that I've spent too much time paying attention to its various works. Clancy released a lot of books, arguably all well-researched, U.S. political thrillers, many of which were then adapted into films or, in some cases, video games. Hell, even after the writer died his name lived on, a brand that continues to pump out first-person tactical shooters. Clancy's name will live on for decades even though it's other writers at this point producing the books, movies, and games that are part of the brand. 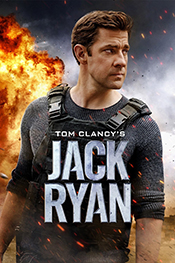 As should be clear, I have no problem with espionage thrillers. We just spent a couple of weeks going over the Mission: ImpossibleIntroduced in 1966, the original Mission: Impossible featured a team of agents (with varying skills) heading out into the field to solve puzzle-box like cases on a weekly basis. This simple concept spawned a long-running series, a second series in the 1980s, and a hugely successful movie franchise starring Tom Cruise that continues today. franchise, pulling all of those works apart to see what made them tick. The Jack RyanStarted in 1984, the Jack Ryan series (often called the "Ryanverse") has spanned multiple books and several (loose) Hollywood adaptations. Featuring the title character, Jack Ryan, and sometimes his son, Jack Ryan Jr., these adventures tell tales of espionage, government cover-ups, and boyscout-like devotion of the good ol' U.S. of A. brand has been held up as another potential contender for the espionage throne, this despite the fact that the character has very little in common with the Ethan Hunts and James Bonds of the spy world.

As written in the new Amazon PrimeWhile Netflix might be the largest streaming seervice right now, other major contenders have come into the game. One of the biggest, and best funded, is Amazon Prime, the streaming-service add-on packing with free delivery and all kinds of other perks Amazon gives its members. And, with the backing of its corporate parent, this streaming service very well could become the market leader. series, Jack Ryan, Tom Clancy's titular character (played here by John Krasinski, of The Office fame) is a nebbish desk-jockey, a guy that spends his days going on intelligence briefings and all associated files, looking for patterns among all the chaos. His judge is to find and assess threats and then pass them along to his superiors. He doesn't want to get out from behind the desk (as he'd already seen plenty of danger when he was in the Marines), and yet the world keeps conspiring against him, pulling him out of his comfort zone, time and again, to go be a hero.

I've watched a few of the films featuring the Jack Ryan character (which we'll cover in future articles), and those stories work really well because Jack is always pulled out of his element for short bursts, turned into a reluctant hero for one mission at a time. It's a dynamic that doesn't translate as well to a TV series where every episode Ryan has to get push back out into the field again for another assignment. By the fourth time in a season that Ryan is put into active duty again, you just have to wonder if maybe he really is a field agent after all.

It's even stranger when, somehow, with whole teams of people, Ryan always magically ends up right where he needs to be to stop this guy or spy that bad thing happening. I get he's the main character, and kind of a savant when it comes to spotting trends in intelligence. Still, though, it stretched credulity when Ryan just happens to be where the action is every time. 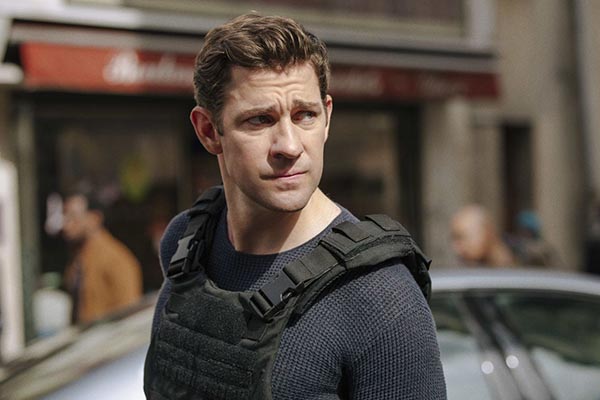 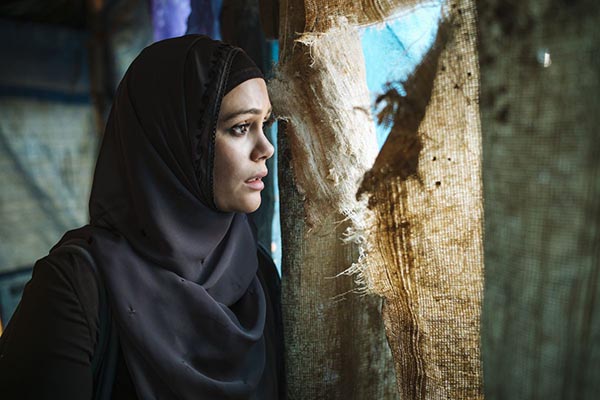 That's not to denigrate the story otherwise. One thing I will credit the series with is that this is probably the most nuanced portrayal of Islamic extremists I've seen in a Hollywood production. Sure, the lead bad guy, Mousa Bi Suleiman (Ali Suliman) is certainly a fire breathing terrorist, one with a very clear-cut agenda to cause mass panic and topple regimes. And yet he's also given a troubling backstory, one that crisscrosses with NATO nations repeatedly. As young boy he witnesses the NATO air strikes that blast out much of his homeland, including his family home, killing his entire family except for his younger brother. And bear in mind that no one in his family at that point was a terrorist, so this was just collateral damage. That's the version of the Western world that he's seen. Bombing raids killing innocents, followed by systemic racism as he grew up. That shapes a person.

Suleiman also functions as a kind of counter-point to Ryan, a man of equal skill devoted to bringing down the world instead of protecting it. Suleiman, who has a Masters in Economics, knows how to organize, how to plan, how to work problems. Each time the CIA is hot on his tail he finds a way to escape because he's smart and he pays attention. When you have a character like Ryan, one who is seemingly preternaturally good at working problems, you have to have a villain equally as good to juxtapose against the hero. Suleiman, as written, works well. He's still gets out-thought by Ryan, because the hero has to win in these stories, but it's clear that if anyone other than the titular hero were on the scene, the terrorist would win.

If there's one other glaring flaw with the show it's that, oddly, it's just not long enough. Everyone knows the complaint about Netflix shows, how those series are too long and if the producers would just cut back, maybe producing 8-episode long series instead of 13-episode slogs, the stories might be tighter. Seemingly, Amazon learned that lesson but applied it to a show that needed a little more time to breathe. For instance, we spend a lot of time with Suleiman and his wife, Hanin Ali (Dina Shihabi), learning their dynamic which only adds to her story when she realizes the man Suleiman has become and tries to get away from him. Her story gets a lot of screen time and that's great. However, when you have such a nuanced and deep performance for one of the female leads it showcases how little time the series gives to its other female lead: Dr. Cathy Mueller (Abbie Cornish). 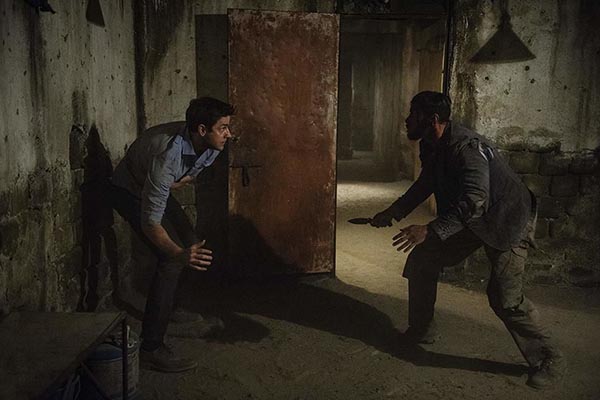 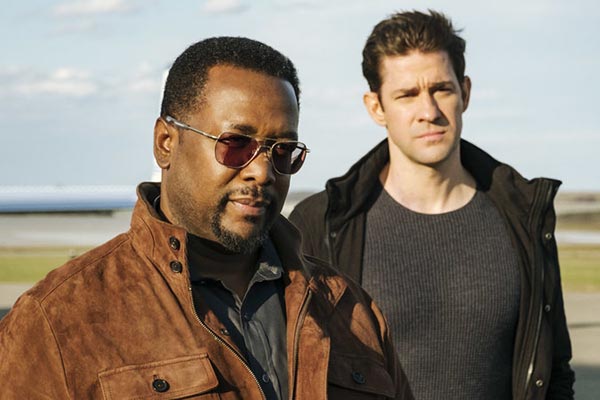 In the books (and movies based there-in), Cathy is Jack's love interest, someone the character has an immediate connection with. Although original written as a medical student who eventually becomes a doctor, Cathy here is upgraded for viral pathologist and a top expert in her field. She's given more she can do, upgrading what could be a pretty basic character (as we'll see when we cover the movies). As a bonus, in the scenes she has with Jack, the two have real chemistry. She humanizes the human computer that is the main character and make him more real. The issue is that for whole stretches of the show Cathy disappears. Were she given more time, perhaps by letting the season have another episode or two to flesh out stories, Cathy could feel like a more integral part of the show. Jack would be a better, more realized character, if his personal life was a bigger focus of the series.

That said, this is a streaming show. When whole seasons are produced and dumped online all at once, as this one was, you have to take the entire season as, essentially, a "pilot". The flaws of the show aren't anything that can't be fixed, and for a first attempt at adapting these stories for a televisual medium, the series works pretty well. Heck, I binged it over the weekend because, despite the flaws, the story was pretty dang watchable. I have hopes that the series will improve for its second season, giving the characters more time to become fully-realized beings. If the show can tweak what isn't working and build upon what is, it could be a real winner.