At Least You're Headlining

As a show-runner, rule number one is: don't fall in love with your characters. Characters are human, humans are messy, and you have to allow them to go off and explore themselves, and receive the consequences of their actions, in a way that actually facilitates growth. That's important because if you don't have characters that can grow, and change, and adapt, you don't have a working show. Many shows have died over the years, at least in the minds and hearts of their audiences, due to the characters (and the stories told about them) growing stagnant. 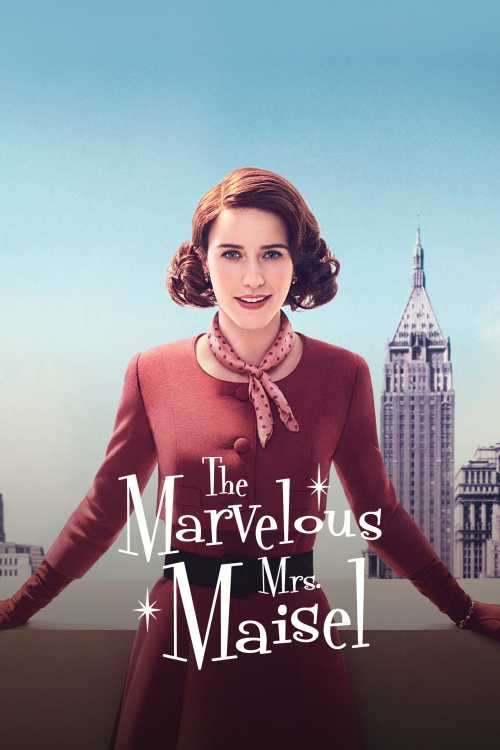 I thought about this a lot while watching the fourth season of The Fabulous Mrs. Maisel, ,a show that used to be ridiculously funny but now, four seasons in, feels stagnant and tired. The actors are doing their best, the sets and costumes are still fantastic, and the whole mise en scene still looks great. What's missing is the feeling that the show is advancing, like it's going anywhere and that the journey is worth taking. Four seasons in it still feels like our lead character is right back where she started, desperate to get her career going as a comedienne while making stupid mistakes over and over and over again.

Why does she do this? Because, clearly, series creator (a primary writer) Amy Sherman-Palladino is absolutely in love with her character and can't really see the faults with what she's created. Her lead character isn't a monster, per se, but she certainly does leave a trail of carnage in her wake as she blows up her life over and over again. You can see how she'd be a successful comedienne as she has everything she needs: a solid and brilliant wit, a good friend in Lenny Bruce who's willing to help her out whenever she needs it, and a fantastic manager that is great at her own job and could make Mrs. Maisel a star if only the lead would get out of her own way. It's the problem she's had for four seasons now and, at this point, it's just more tiresome than enjoyable to watch.

Picking up immediately in the aftermath of season three we find our lead star, Midge Maisel (Rachel Brosnahan), and her manager Susie (Alex Borstein) on the way back from the airport after being ditched by Shy Baldwin and his musical tour. This leave Midge in the lurch as she suddenly doesn't have a job, or the means to pay for her apartment (which she just bought back) or the lavish lifestyle she has grown accustomed to. Why was she fired from that amazing job? Because she opened her mouth and improvised and said things she shouldn't have and blew up her life.

Seeing the mess around her, Midge then takes the wrong lesson and swears that she's only going to do comedy her way from now on. She'll only do headlining sets, only work in places where she can say what she wants, how she wants, and screw everyone else. This leads her, in a roundabout way, to start working at a strip joint as the emcee, doing comedy between acts. This turns the club into quite the draw, bringing it all kinds of attention. Unfortunately this work doesn't pay the bills. Midge, though, won't take any opening act jobs, not even one sent to her by friend Lenny Bruce (Luke Kirby) at the Copacabana. What's Midge to do if se can't have her life the way she wants it? 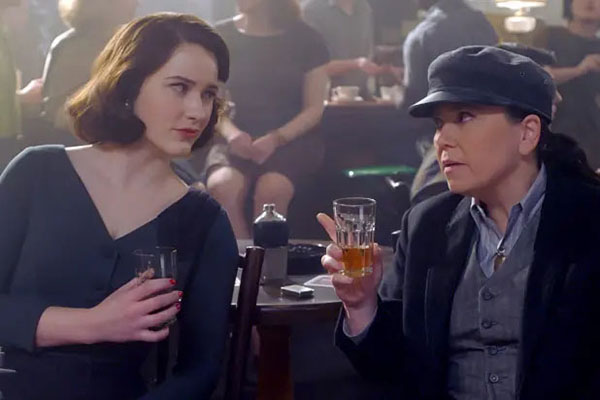 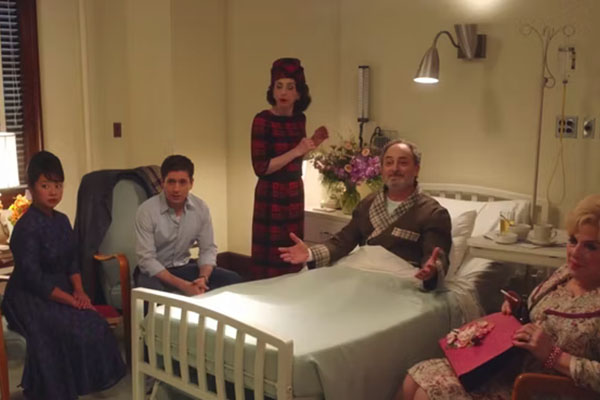 Look, when this show is firing on all cylinders it's great. There are moments during this season, where Midge is on stage and the spotlight is on her, that this show really sings. Midge is magnetic and it's easy to forgive many of her sins simply because she's a charismatic force. You're willing to stick around and watch her blow up her life because you expect, at some point, she's going to get her shit together and finally start doing things that will improve her life (and the lives of those around her). And yet, over and over, she just refuses.

I don't know if its simply because Sherman-Palladino likes having Midge at the level she's at or she thinks she's helping to craft her star character by letting her do her life her way. Whatever the case, it just doesn't work. It feels like Midge is being coddled allowed to wrap herself in a comfy blanket of her life and hide away from the world. Sure, the show calls her out on this in the last episode of the season, having Lenny yell at Midge about how she's not getting out there and working in clubs like she needs to, but... well, it doesn't really seem like Midge is going to take that lesson to heart (at least, not yet).

Meanwhile, everyone around Midge seems to just rock back and forth waiting for her to do something stupid for them to react to. We already know her parents, Abe (Tony Shalhoub) and Rose (Marin Hinkle), don't approve of her career. That was a storyline we watched for, oh, the last three seasons. And yet it's the same storyline trotted out here again. Rose goes to see Midge in the strip club, hates her act, hates where she's doing comedy, and yells at her. Then everyone else in the family finds out and it's another fight. Why anyone is surprised by anything Midge says when she's on stage is beyond me, though, because, again, this is the exact same act she's been doing for three years: improvised comedy without any filter. It's just the show lacking anything better to do with these characters.

The only character on the show that actually seems to be progressing is Joel (Michael Zegen), Midge's ex-husband. We saw him open a club last season and this season we get to see him expand his business, find a nice girl to settle down with, wind up getting her pregnant, and having to find a way to organize all these pieces of his life together so he can progress. Considering the fact that he was a total shit-heel in season one, it's amazing to see how the show has allowed him to progress over time. Hell, at this point I think he's my favorite character on the show, which is a really weird thing to say. 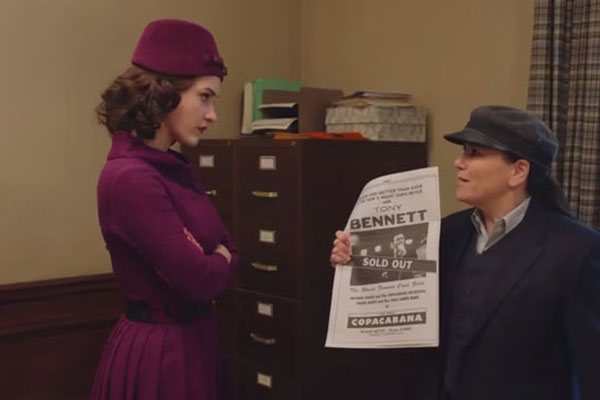 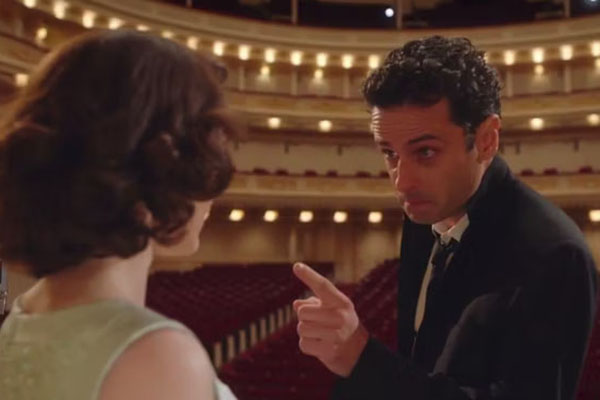 There is still a spark of fire in this series, something that makes it hard to set down and ignore. The problem isn't with the production itself but the writing. Sherman-Palladino needs to be willing to let her star move forward, to find some footing and actually start progressing. It's been three seasons and Midges is back on small stages, doing her usual thing, living in her old apartment, clinging to her old life. That's not progress and until the creator realizes this and lets the heroine move forward, this show is going to feel stuck in the mud. You want to like Midge but it's really hard to do so when she keeps doing her same old bullshit.