When NetflixOriginally started as a disc-by-mail service, Netflix has grown to be one of the largest media companies in the world (and one of the most valued internet companies as well). With a constant slate of new internet streaming-based programming that updates all the time, Netflix has redefined what it means to watch TV and films (as well as how to do it). announced the third season of Cobra Kai, picking up the Karate KidIt's the teen-friendly Rocky riff that defined a generation, with karate, montages, and a lot of power '80s rock, as Daniel LaRusso becomes the Karate Kid. sequel series after it was dropped by YouTube Red (because YouTube Red was a terrible idea and quickly folded), I had to admit that the wait felt like forever. I didn't think Cobra Kai was going to be any good, but once I started watching it I was sucked in. Then I just needed more. It's way too consumable. 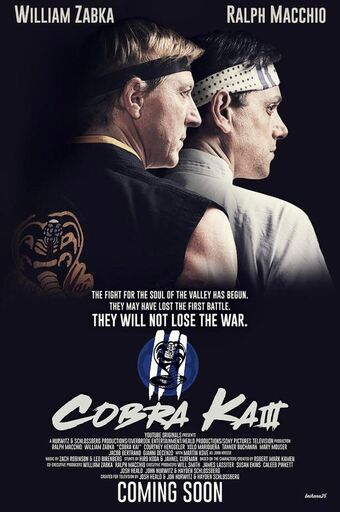 Sensing the fanbase's desire for more of the series, Netflix even moved the season premier up two weeks to right at the start of the new year. Ring in 2021 with a bunch of karate fighting. ANd, if it's any testament to the quality of the series, and Netflix's business model as well, I consumed the entire season in an afternoon. Once you start watching this show you simply can't stop. Damn it, Netflix, you weren't supposed to get me interested in the Karate Kid.

When last we'd caught up with the show, Johnny Lawrence (William Zabka) had just bailed on the the dojo he helped to restart, (the titular) Cobra Kai, after it was taken over by John Kreese (Martin Kove). As we saw in the previous films (all three original movies), Kreese is a psychopath, trying to train an army of soldiers, not just teaching kids the practical basics of karate. Johnny, wanting something better for his students, left because he couldn't be a part of that anymore.

Of course, this all came to a head because all the students between Cobra Kai and Miyagi Do dojos had gotten into a giant, all out fight in their high school which left one student, Miguel Diaz (Xolo Mariduena) of Cobra Kai, in a coma with a broken spine. Now, Cobra Kai is coming for everyone else, starting fightes with Miyagi Do any chance they get, and then also waging a war with Johnny's new dojo, Eagle Fang. It's a war across three dojos with the fate of Karate in the Valley in the balance.

Over the course of two seasons, Cobra Kai managed to take the basics of the Karate Kid formula and flesh it out into a long-form, and arguably more engaging, show. I liked the movies (well, at least the first two), but the shows is more compelling in a lot of ways. This was evienced in the first two seasons by the rivalry Daniel Larusso (Ralph Macchio), the original Karate Kid, and Johnny. That rivalry is the main makeup of the show, but because it's made each of them compelling characters (with the first season mostly focusing on Johnny and his rising dojo) and it's helped to flesh out the balance between them, what makes them tick. 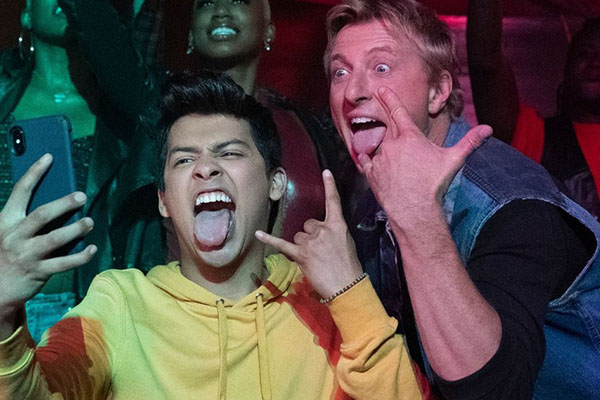 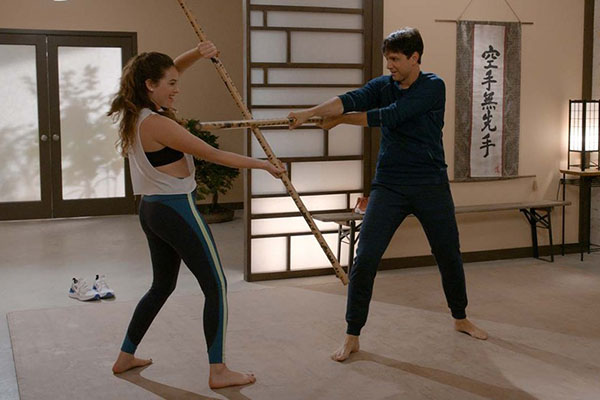 The strength of this third season is in making sure that rivalry continues to be their relationship. Each of them is working to build themselvees up -- Johnny helping Migeul rebuild himself after a surgery to fix his spine, Daniel trying to rebuild his automotive dealership after the bad PR from Miyagi Do and the fight at the school. There are a lot of threads in the show, and the ones focusing on Johnny and Daniel, and their respective "kids" -- Miguel and Daniel's duaghter, Sam (Mary Mouser) -- helps to keep the show grounded and interesting.

The weakest part, ironically, is the Cobra Kai dojo at this point. Despite being the name of the show, the dojo is actually a pretty bad villain. That's mostly because Kresse is a one-note character, a cigar chomping, mustache twirling villain. The show tries to give him some depth, fleshing out his backstory a little to show how he was beat up as a kid, then went into the Army to fight in Vietnam. But I wouldn't say it actually makes the character compelling -- the origins story is so far removed from the character he'd become that it could practically be happening to a different person. It just doesn't connect.

Not that Martin Kove is bad in the role. He's clearly having a lot of fun playing this bad guy character. He stomps around and chews the scenery and sells Kresse for all he's worth. The issue is that there's just nothing to Kreese. All he wants is a pack of warriors while he acts like the devil on their shoulders, inspiring them to do every bad thing that comes into their heads. The one time he actually seems to care about someone -- his student, Tory Nichols (Peyton List), and her problems with money and her crap landlord -- it eventually becomes clear that he doesn't care about her so much as he just doesn't want to lose one of his best students. All his motivates are self-centered, and there's never any growth. He's flat and basic.

The same, unfortunately, also applies to Johnny's actual kid, Robbie (Tanner Buchanan). Part of the problem here is that Buchanan is just not a good actor, with his performance as Robbie being flat and tedious. The actor basically can only convey one emotion, constipated angst, and that gets tedious after a while. That, coupled with the fact that his plotline could be guessed from the very first episode -- he's a kid who feels betrayed by both Daniel and Johnny, so of course he'll end up at Cobra Kai -- so there's isn't any sense of evolution, just a growing trend towards the inevitable. 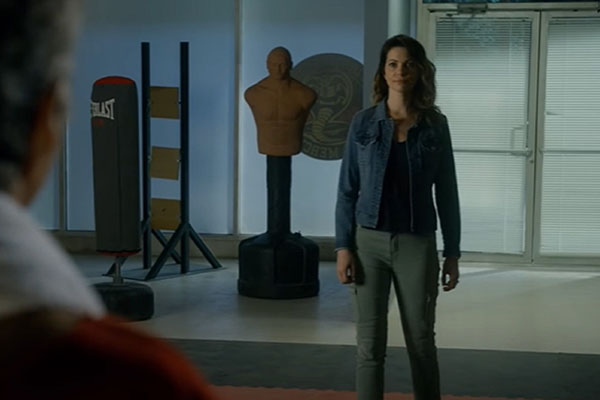 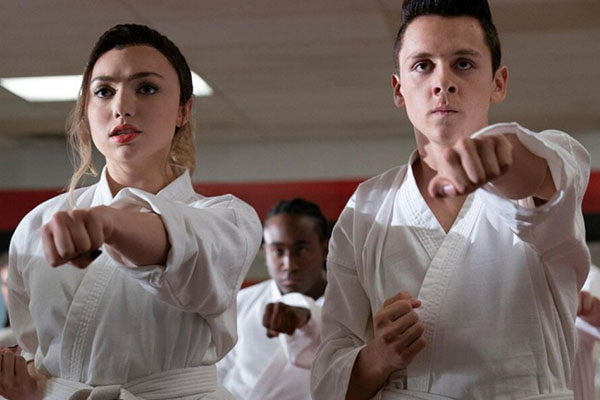 And yet, despite these flaws, there's serious momentum to the season. In part that's because the show keeps troting out guest stars from previous films -- Elisabeth Shue as Ali Mills, Tamlyn Tomita as Kumiko, Yuji Okumoto as Chozen Toguchi -- to do call backs and remind us of those movies. The film gets a lot of mileage out of of these guests and their characters help to give both Daniel and Johnny actual growth for their characters. This is what the show needs, to show that these two hotheads can grown, can change, and be better people. That's why we like both of them (while not caring in the least about Kreese).

This season is building to a final, championship-defining conclusion in season four. That makes this something of a midddle season. It has a solid arc, and the momtneum builds over the course, but the resolution at the end of this season isn't any more conclusive than last season when Miguel was in a coma and Robbbie was on the run (because he's the one that put Miguel in the coma). This show has about one more season in it, with the rivalry being resolved one way or another. If that's how long this show lasts, and then it concludes, I think that'll be just about right. At that point it'll have trotted out every guest star it could and will have then run out of ideas. It'll be a perfect conclusion as, more than likely, Kreese is defeated and Johnny and Daniel bury the hatchet once and for all. There's just about no other place for the show to go.

And if that's not the end, what's next? A return of the Alpha Elite from The Next Karate Kid? Oh, please, no. This show has about enough momtentum for one more season. Please, Netflix, be smart and let it end at that point and keep this compelling show about as good as it can be then.