When season 1 of the Umbrella Academy came out, I was rather harsh towards it. I stand behind that assessment -- the first season of the show had a lot of interesting ideas going, but it was tonally all over the place and took forever to finally get going. It kept drawing out its ideas, waiting to fill in necessary details to a point that was maddening, all while playing with a twee storytelling aesthetic that just didn't work for me. It was a show I wanted to like but very much couldn't. 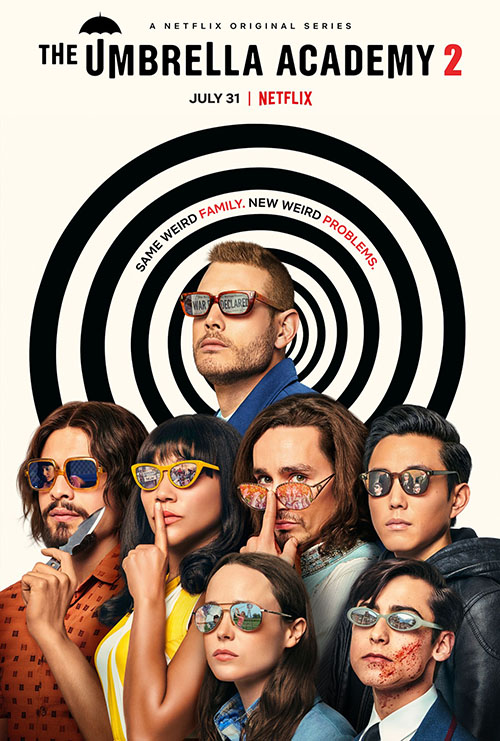 A number of my friends, though, absolutely swore by the show, telling me I was crazy for not enjoying it, so while I'd initially written off the show after the first season, I decided to give it a second chance this past weekend when the second season came out, and I'm glad I did. While the show doesn't completely correct all the issues I had with the first season, it goes a long way to rehabilitating itself and, in the process, tell a cogent and interesting story with solid, set stakes I could get behind.

At the end of last season our seven siblings -- strong man Luther / Number One (Tom Hopper), wannabe vigilante Diego / Number Two (David Castaneda), mind-controlling Allison / Number Three (Emmy Raver-Lampman), speaker of the dead Robert Sheehan as Klaus / Number Four (Robert Sheehan), time traveling Number Five (Aidan Gallagher), ghostly Ben / Number Six (Justin H. Min), and uber-powerful Vanya (Ellen Page) -- had just failed to save the world from the apocalypse (that Vanya caused), with the Moon exploding, crashing towards the Earth. To try and stop the apocalypse and take a mulligan at saving the world, Five jumped them all back in time... except he took them waaaaaay too far, all the way back to the 1960s, leading up to the Kennedy assassination.

Each of the Hargreeves kids ends up in the same alley but a different point in the timeline over the course of three years. Five is the last to arrive, showing up right at the moment, a couple of days after JFK is assassinated, when the U.S. and Russia have locked themselves in World War III and are about to blow each other to kingdom come. Five realizes that they've essentially brought the apocalypse with them, so he has to find all his siblings and find a way to not only reunite the family but find a way to stop the apocalypse, whatever caused it to happen in the first place.

In some ways the show's second season plays out along the same lines as the first. Back in season one we were slowly introduced to each character, getting their stories in drips and drabs, until finally the family could come together and actually move the plot forward. And, of course, it all led up to Vanya being the destroyer of the world, an out of control powerhouse who unleashes death and destruction, one way or another, wiping humanity out in the process. All of those points are the same here, eventually feeling like the show is taking a mulligan, spending a year developing a reintroduction to the heroes so maybe, this time, we'll like them better. 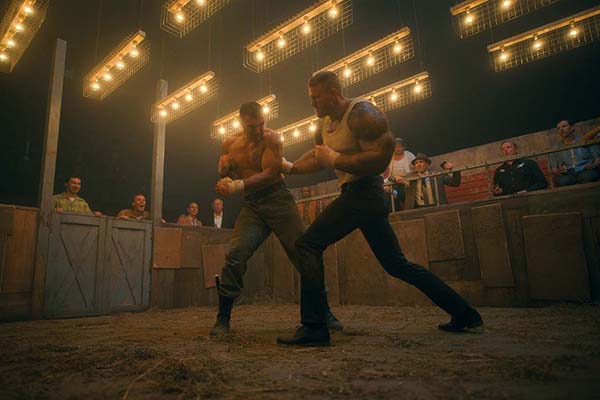 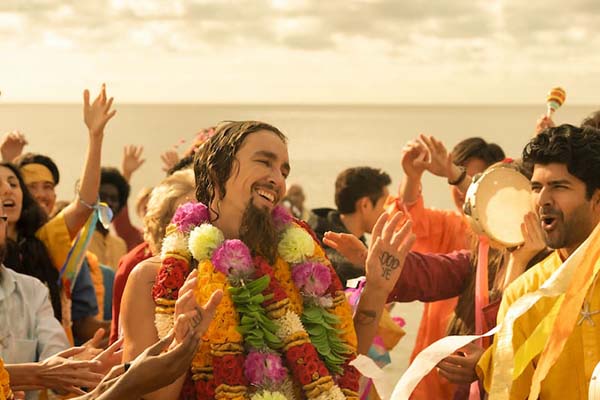 The surprising this is that it actually works, for the most part. The show doesn't spend as along reintroducing everyone, in part because it understands that we already know these characters, so instead of watching them each go about their sad lives failing to be heroes after the "Umbrella Academy" broke up, we get to see them quickly adapt to the 1960s. We only have to catch up, at max, three years of their lives instead of their entire history, and their time spent in the 1960s colors them and makes them more interesting characters... for the most part.

Some of the characters are rehabilitated nicely by this reintroduction. Allison is a vastly nicer person this time around, with her struggles with her mind control power (and her desperation not to use it) becoming a guiding line through her story. Plus the show gives her a husband that she met back after she arrived in the past (since she's been in the 1960s for close to two years), and he acts as an external force that changes her character, giving her new life and a new perspective. Similarly, Klaus accidentally makes himself into a cult leader, and while it's a responsibility he doesn't want (and one he actively tries to avoid eventually) it does force him to start thinking about others and learning to be a (slightly) better person.

The biggest character rehab comes from Vanya, although not without caveats. Vanya is, essentially, stuck in the same storyline she was in last season -- doesn't really know who she is, doesn't understand that she had power or how to use it, and ends up in a relationship with someone as a way to find some meaning in her life. And the show layers on top of that the fact that it gives Vanya amnesia as if that's a way to fix her and stop her from being so angry at the world. And yet, it works. She gets to rediscover herself, the relationship she finds (with a woman this time) is much more loving and caring than when she had last season, and even when Vanya is pushed to (almost) destroy the world it's by external forces and not her own self-hatred. This is a better version of Vanya, more interesting and more likable.

Not everyone gets quite the character rehab they need, though. Luther is still a mopey mess, still the dumb puppy following everyone else, and he falls into the same exact pattern in 1960 that he had in 2019. Diego, too, doesn't really get to change who he is. If anything, he gets worse, going from half-stable, Punisher-like figure to a total crazy guy howling at the moon. The show doesn't seem like it understands what to truly do with this character, so it's just bouncing him around along the plot instead of giving him actual growth. 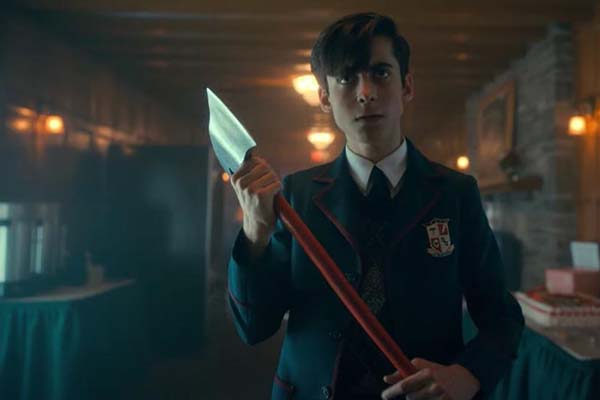 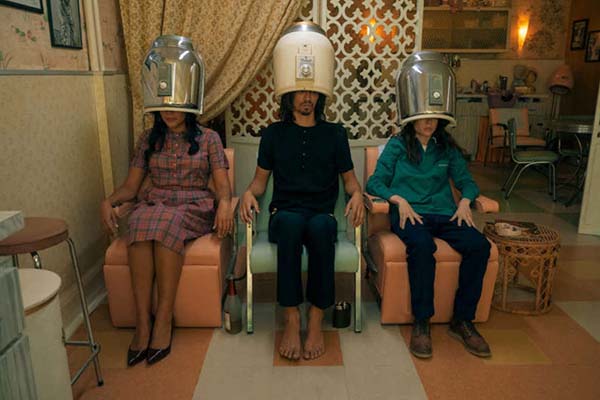 Its the 1960s, though, that really help everyone drive forward, to find a way to motivate the plot. By going back in time and having a new adventure mucking up the timeline, the Hargreeves heroes get to interact with this world without being held above it. They aren't famous here, aren't known as the "Umbrella Academy", so they have to blend in (or not, in the case of Klaus), crewing things up and making delightful messes. In the process the show manages to have more fun, wit, and style than it could in the first season, and that's the real key to why this season works as well as it does. The show gets silly, and weird, and have strange flourishes that shows it's letting lose and trying to be enjoyable. The depressiveness of their history is shaken off and, freed of their original time, the characters can have fun again.

The season isn't without it's flaws -- the story tries to be a little too creative, a little too twisty in its back half, and its climax is a bit muddied and a tad too convoluted for its own good. But through it all the show has a sense of fun and style that makes it watchable even if it isn't always spectacular. Last season I struggled at the thought of watching more of The Umbrella Academy. This year, though, I really enjoyable what I saw, to the point that come season three I'm certainly going to tune in once again. I hope they can manage and maintain the sense of fun they discovered here because this is what the show needs to be a success.