A Cornucopia of Poop

As we previously discussed in the season one review, American Vandal is a mockumentary series aping the styles and conventions of the "true crime" thrillers that have recently become popular. Season one of the show dealt with a case of serial vandalism -- 29 spray-painted dicks on faculty cars at a high school -- and the kid wrongfully accused of the crime. It was engaging, funny, and it had a satisfying ending that used all the characters of the show in meaningful ways. 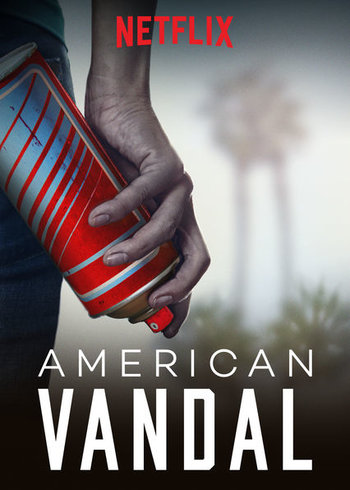 For a show like this, then, the real question becomes: how do you make a season season? Comedy is not easy, as any comedy writer will tell you, and it's easy in any long-form writing project to start beating jokes to death. For a series like this, the format is part of the joke, and it's easy to see how the show wear out it's true crime welcome, stagnating with the material if it tried to make a second season. Thankfully, the producers seemed to realize this and went out of their way to try and make season two of American Vandal different in just about every way they could while still keeping a minimum of connective tissue to what came before.

Returning are "viral video makers" Peter Maldonado (Tyler Alvarez) and Sam Ecklund (Griffin Gluck), now senior high-school students working on their final project of the year. After getting a ton of emails from people asking them to look into their cases, the duo take on the story of Kevin McClain (Travis Tope), a student at a Catholic prep school accused of committing a series of poop-related crimes against the student body. The biggest and most explosive (some pun intended) being a case of mass diarrhea (from laxatives secretly placed in the cafeteria lemonade) that leads most of the student to crap themselves all over the school ground -- and incident called "The Brownout". Kevin claims his innocence despite a confession to the cops (which he says was forced) and witness statements to the contrary.

We have to be honest: American Vandal finds the most juvenile crimes to focus on. There is something inherently funny and dicks and poop, facts the show acknowledges, but viewers have to be the kind of people that actually find these kinds of things funny. Otherwise the show just won't play. There's great humor to be mined out of a true crime series focusing on the most juvenile of crimes, and the show once again tackles its chosen topic with aplomb, but if you can't find the humor in poop then this show simply isn't for you.

For everyone else, American Vandal returns in top form, delivering another great season of television. The case this time is murkier, with more potential suspects and more twists for the case to follow. While first season was anchored by Dylan Maxwell (Jimmy Tatro), a dumb but lovable kid that honestly seemed two stupid to pull of the crime in question, Kevin McClain is a different kind of suspect. A weird kid with none of the charm of Dylan, it's easier to see why everyone thought McClain could have committed the Brownout (and following poop-attacks). A loner who doesn't seem to like anyone else at the school, Kevin is the kind of student you'd suspect for a crime like this. 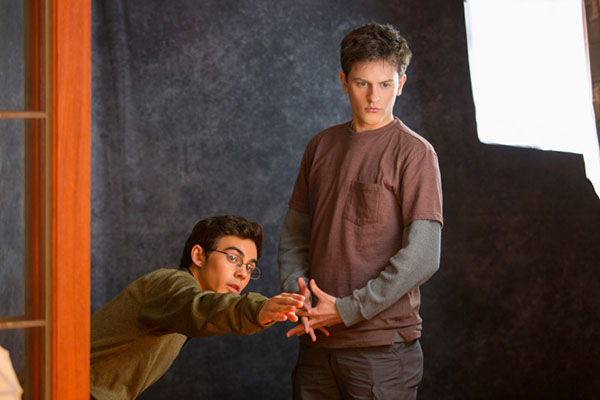 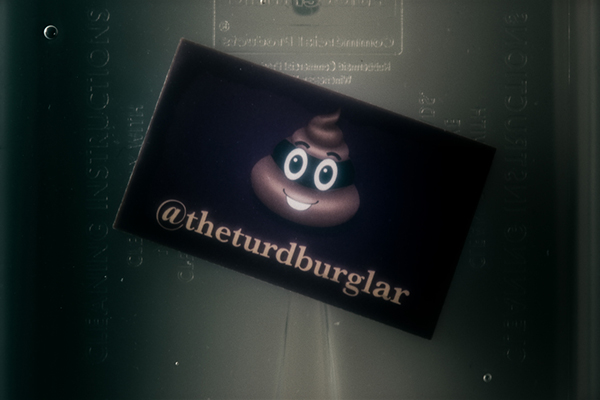 That's the main thrust of the season, which the show mines to great effect: is Kevin really innocent. The murkiness of that answer (which truly carries through all the way to the end of the season) makes the main story more dramatic, and compelling, than first season's story. The fact that there are so many viable suspects, like star basketball player DeMarcus Tillman (Melvin Gregg) who seems to be hiding his own agenda, means that you never really know who could have done it. Unlike first season, too, the mystery of who did it is answered in a most satisfying way -- while I liked the fact that first season didn't commit to telling us "who did the dicks", I had to admit that the ending here, with a revealed perpetrator on top of a larger conspiracy, worked better as a narrative finish for the story overall.

Certainly, the show mines better drama from the interactions of the characters. There are a lot of secrets at this new school, and new agendas and new stories to tell. No one is perfect, as as the camera crew digs and digs, they finds new stories to tell, raw and emotional moments for the characters to reveal. Most of the characters in this season are better realized than anyone in first season, which leads us to understand them better. We feel for a number of these characters, and when their secrets get divulged, we feel their hurt and betrayal in a palpable way. The shows finds a way to be funny and dramatic in equal measure, to the story's benefit.

That said, I will admit that second season wasn't as funny as the first. There's humor to be mined out of poop, and the writers find the jokes they can, but the crimes committed -- acts that are, by their nature, meant to be angry and violent towards others and not just juvenile spray-painted dicks on inanimate objects -- changes the context for the story. You can't just laugh at the acts because that forces you to laugh at people and their suffering (much of which is horrible to think about). Instead of trying to force the humor, the writers take the jokes they can and, instead, focus on the characters. It works for the story, but the show isn't the same laugh-out-loud parody in its second outing.

Not that I think this is a bad thing. It's still amusing to see a true crime story done in this manner, one focusing on teenagers and their dumb (and, in this case, mean spirited) pranks. It is funny, and there are great, very humorous moments. The fact that the show elects to pursue more drama, though, doesn't make it worse. If anything, it shows a maturity to the format, and willingness to let the series grown and evolve and it continues on. I think this makes the season better, not worse, even if it means you won't laugh as often along the way. 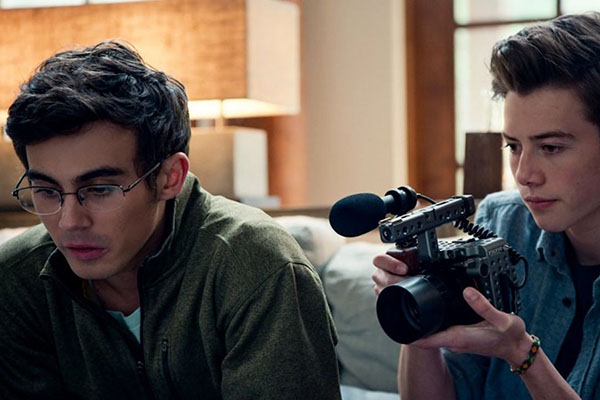 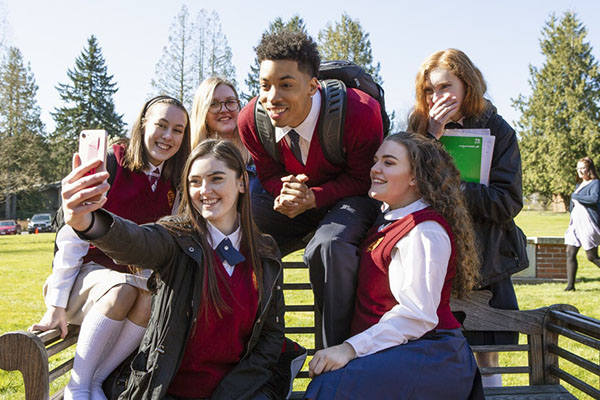 But then, maybe I'm in the minority. NetflixOriginally started as a disc-by-mail service, Netflix has grown to be one of the largest media companies in the world (and one of the most valued internet companies as well). With a constant slate of new internet streaming-based programming that updates all the time, Netflix has redefined what it means to watch TV and films (as well as how to do it). did just cancel the show, ending the series after two short seasons. Perhaps others were turned off by a season about poop, or maybe they couldn't get behind a more dramatic version of the series. While the show is being shopped around to other networks, it's hard to know if this is the last we've seen of American Vandal and its crew. If it is, I feel like the series went out on a high note (and certainly not a silent but deadly one). The show grew and changed and became better than its premise of a couple of kids getting to the truth about some spray-painted dicks. It found genuine emotion and pathos in its silly lark of a story, and then did it on an even larger scale for its second season. American Vandal is a great show than managed to become even better in its second outing.

Give American Vandal a watch. Enjoy it for all the dicks and poop, but also enjoy it for the characters, their stories, and their emotional growth. Most importantly, watch it to encourage some other network to pick it up.