There's a crap ton of content in Netflix. I'm not just talking TV shows, but also Netflix-produced movies. However, while the TV shows are usually pretty good (especially if we can all collectively agree Fuller House doesn't exist), their movie output has been pretty hit-or-miss. And, let's be honest, the scale weighs more heavily on the misses. 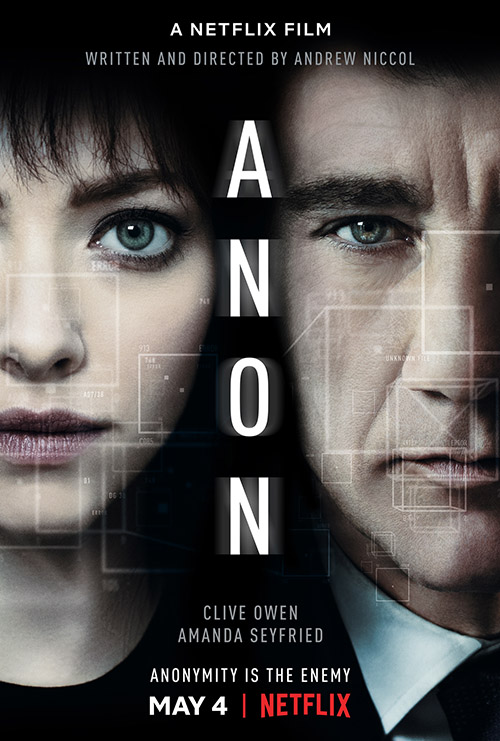 Still, I sat down to watch a newer Netflix movie yesterday, Anon, purposefully without any expectations. I wanted to treat the film fairly, give it all due consideration to try and win me over. Sadly, it wasn't able to quite get there.

The meat of the movie is thus: in a indeterminate future, humans have developed memory recording technology. Essentially, from the time you're born onwards, everything you see and hear is recorded and stored in "the cloud". Any time after that you, or the authorities (if need be) can go back through your memories and retrieve any of them for repeated viewing. This technology also extends to the rest of the world as well, putting up markers about who you're looking at, what you're doing, landmarks around you. It's all encompassing information right at the twitch of an eye.

From that world we're introduced to Sal Freiland, a local detective. he gets himself wrapped up in a string of murderers were the people are killed by someone who doesn't appear to exist and somehow makes it so that there's no memory of them at all (including dumping their current data stream over their victims so that those victims see from the killer's perspective and not their own). It seemingly relates to the fact that previous memories from the vics have been tampered with to remove things the people have done that they don't want getting out. Whoever did this is a memory hacker, and a good one, so Sal has to track them down and learn if they're the killer or if there's someone else out there committing these crimes.

Conceptually, Anon is quite interesting. The film, at least at the start, does a good job of exploring the setup of this futuristic memory/enhanced reality technology. It's all done in such a way so that we're given the information about the tech by simply seeing it in action. We don't stop the movie to have a discussion about the tech -- characters just act like it's always been a thing and we get to go along with it naturally. 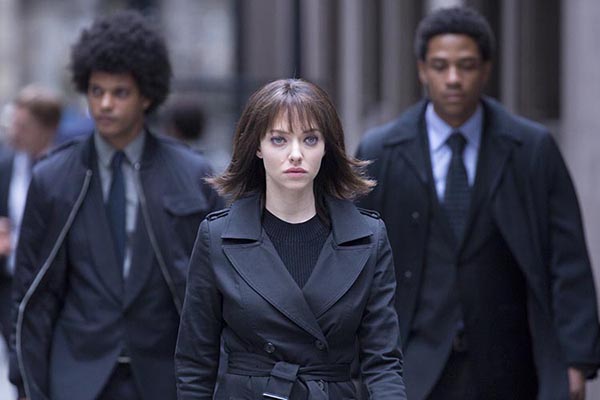 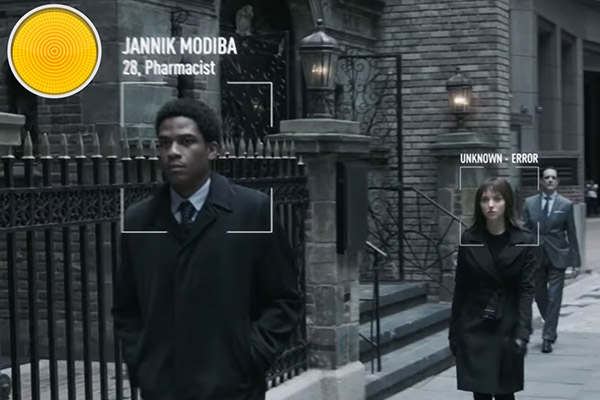 The movie was made by Andrew Niccol who has produced a number of interesting (yet flawed) sci-fi movies, and this movie struck me a lot like another of his films, In Time. That movie dealt with the idea that humans had timers on their wrists and instead of money people spent their time -- buy with it, earn it back, gain more, lose more. Once the timer runs out, the person dies (full stop). And, much like in Anon the setup of that society is interesting, giving you the idea that the background of the scenario has been thoroughly thought out.

Unfortunately for Anon, like with In Time, once the setting has been explored, we end up with a pretty rote genre movie to take us to the finish. Here, our cop, Sal (Clive Owen) essentially has to solve a whodunnit from the list of available characters (and since there's only about eight speaking roles in the whole film, that list is pretty small). The movie tries to throw a few twists in the film, but they're either easy to spot, so they barely counts as twists, or come out of nowhere, and thus feel like cheats, ruining their twisty punch. The whole last third of the movie barely has any energy to it, as if the write/director simply ran out of steam and just had to get to some kind of ending. It's all kind of let down at the back half.

The movie is also really cold. This is a futuristic society where everything is grey and grey-blue and everyone wears shades of black. All the characters react in muted ways, without a lot of passion, anger, or energy. This is, certainly, one of the most sedately paced thrillers I've seen in a while.

Thus, in the end, we're left with a relatively cool concept that's let down by everything that happens past the introductions. Which, really, is a lot like In Time. I want to like it, and there are some really cool ideas at work here, but the whole of the movie just doesn't live up to the ideas behind it.