While I am an unabashed fan of the DC ComicsOne of the two biggest comic publishing companies in the world (and, depending on what big events are going on, the number one company), DC Comics is the home of Superman, Batman, Wonder Woman, and just about every big superhero introduced in the 1930s and 1940s. universe I have to admit that a number of the seminal titles from the company, the ones that are held up as "the best of the best", are generally not my cup of tea. I et why people like Watchmen or League of Extraordinary Gentlemen or Batman: The Dark Knight Returns, they aren't my favorites from the publisher. I've always leaned more towards their traditional stable of superheroes, getting my enjoyment from the interactions of favored characters as they punch the snot out of bad guys. I'm a simple man. 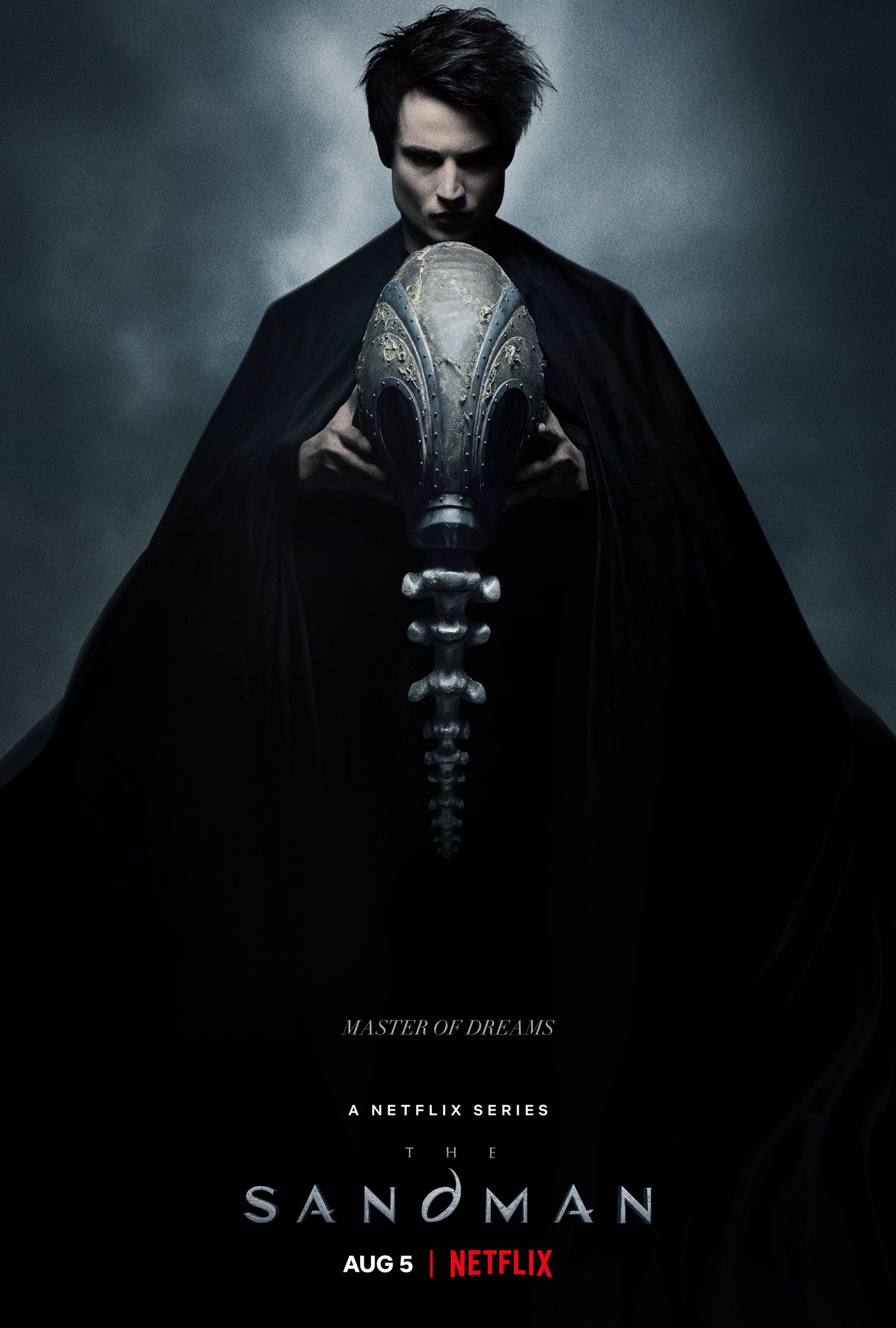 The Sandman, in particular, is a series that people rave about. A series of 75 main issues (along with a number of spin-off books), the series was written by Neil Gaiman and is held up as one of the best works from that author as well as from DC. Frankly, though, I just couldn't get into it. I read the first collected volume of the series, "Preludes and Nocturnes", and then went off to read other stuff. I did get why people liked it as the series is filled with big ideas that would strike a chord with the right readers. I was not the right reader for the task.

Of course, the character of the Sandman (or Dream, Morpheus, whatever you want to call him, who is technically the third Sandman in DC Comics' publishing history, even if he is ageless and predates them all in the story chronology) remains a wildly popular character for many comic readers (who aren't me). DC has been trying to get a version of The Sandman produced as a show or TV series for years and year, but always the project fell through. Finally, though, the series found a home with NetflixOriginally started as a disc-by-mail service, Netflix has grown to be one of the largest media companies in the world (and one of the most valued internet companies as well). With a constant slate of new internet streaming-based programming that updates all the time, Netflix has redefined what it means to watch TV and films (as well as how to do it). and, with Gaiman on board, the series finally debuted to the hungry, waiting audiences.

And its... fine. It's not spectacular by any stretch, but the series does have its moments that work well. Over the first season of The Sandman is a fine, even handsome, adaptation of the first two volumes of the comic, "Preludes and Nocturnes" and "The Doll's House". It has moments that work really, really well, but then there are times where the episodes just feel flat and lifeless. For a series held up as this magical book, the adaptation doesn't quite know how to nail the beauty, or ethereal power, of the original series.

The series begins much like the books, with Morpheus (Tom Sturridge), getting captured while on a trip from the Dreaming to Earth. Trapped in a circle of power by a power-mad tycoon and his band of cultists, Morpheus is soon trapped in a glass orb deep in the tycoon's basement. The tycoon, Sir Roderick Burgess (Charles Dance), only wants power and wealth, more than he already has, and if Dream would just give it to him he'd let the trapped Endless go). Instead, though, for 100 years the Sandman remains mute and trapped in that bubble, unwilling to accede in any way. 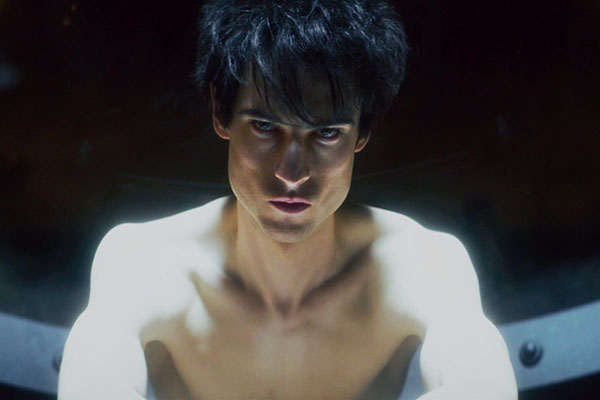 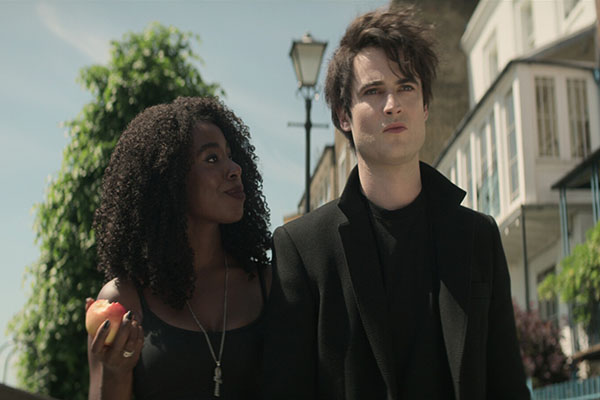 A century later, with a little help, Dream is able to escape his prison. However after all that time he's been left weakened. He has to regain his special treasures -- his crown, his jewel, his bag of sand -- to regain his power. Then he has to go back to his original mission from 100 years prior, capturing a renegade nightmare that escaped the dreaming to Earth, the Corinthian (Boyd Holbrook). If he can set these things right the Sandman might just heal the Dreaming and put right the damage that 100 years away has done to his lands... and to Earth as well.

Watching The Sandman I was reminded that the parts of the comic that I liked were the bits that tied back into DC continuity. There are references to the other Sandmen from DC's history, their suits, their powers, and so forth. Even Dream's crown, a weird, insect-like mask, is clearly designed as a reference to the first Sandman superhero, Wesley Dodds, and his gas mask. These moments are more muted in the TV series, in part because Dream can't go around and meet with a bunch of characters that are tied up in other licensed properties, but whatever Dream can meet a character from DC's line, such as John ConstantineAlso known as the "Hellblazer", John Constantine is a detective and con-man who has skills with the dark arts and a penchant for taking on demons., the series feels like it comes alive.

A lot of the time, though, the show feels like it's a stage play trying to find any of the luster of the original story. That's likely due, in part, to the fact that so much of the series was filled on green screens. The series has a lot of wild locations to explore and those locations would be hard to render in real space. Still, it feels like when the show has to film on a sound stage so it can digitally edit in everything in post that's when the series is at its least interesting.

If I had to lay blame anywhere I think I'd heap most of it on Dream's actor, Tom Sturridge. Sturridge is a fine actor in other places, having done a fair bit of film and TV. However, his biggest roles, and the ones that have gotten him the most nominations and awards, are on the stage. Sturridge is absolutely a theatrical actor and it feels like he struggles here to find the right kind of performance for film. Whether it's not really having a great grasp of the character, or not being comfortable acting against all the special effects, or who knows what, Sturridge simply can't must a performance here. He seems lost, bored even, which completely ruins the main character. 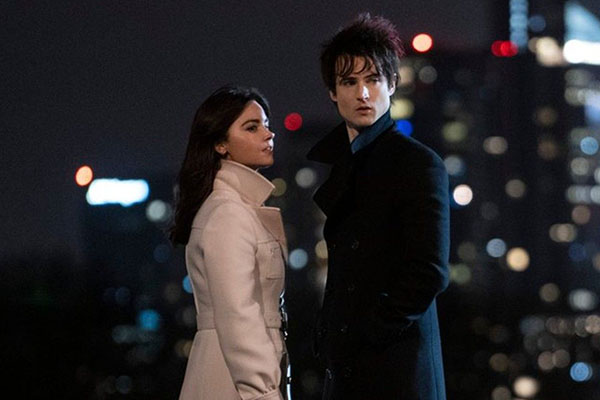 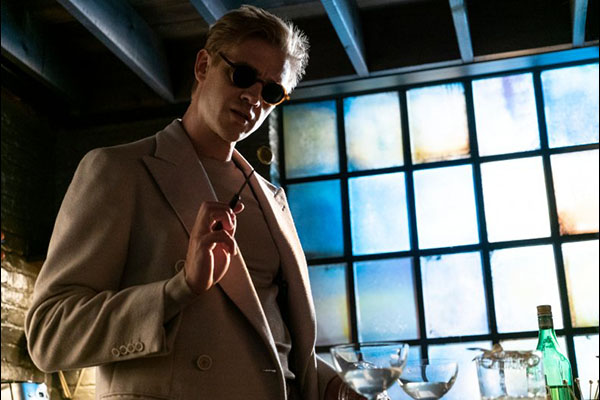 Bear in mind any time the series moves away to others, ignoring Dream to focus on Nightmares, or real people, or whatever, those actors are able to deliver great performances. It's not a matter of bad directing -- the director here knew how to get good performances out of many of the actors -- but that they couldn't get one from Sturridge. Maybe, if we're being charitable, we can say that both the director and the actor dropped the ball where it came to the Sandman, but that ball was dropped. Hard.

Honestly, I wish that Holbrook had been cast as Morpheus instead of Corinthian. He's absolutely magnetic in the roles of the escaped Nightmare (who goes on to become a serial killer) and I think he could have found the right level of charisma as Dream. Sure, Corinthian is the more interesting role, a vile killer with a smile on his face (technically three smiles, if we're being literal), and maybe this was the right role for him. Still, anyone would have been better than Sturridge and you have to think people realized it while filming. They had to, right?

The series wisely condenses down the material of two books to fill ten episodes and, lengthwise, that feels about right. The story moves at a good clip (especially whenever Sturridge isn't on screen) and there's enough solid sights in the series to really carry the ideas of the original comics. It's close to being a good adaptation, especially as it makes needed changes for pace, tone, and style (recasting John Constantine as Joanna Constantine, played by Jenna Coleman, being a good example). You really want this to be a good adaptation, but just enough is missing to really make this work sing.

If Netflix renews this for another season (and that's a big if considering how that streamer loves to cancel things) then you have to hope they sit down with Sturridge and find a way to get him to be a charismatic presence in the Dreaming. There's easily three more seasons of material from the original comics that can be adapted and if they could get it right I think this series could really work. If anything, season one is a clear example of what not to do with the character, which has to feel bad for fans of this work.