I will grouse, often, about the quality level of many of the films on NetflixOriginally started as a disc-by-mail service, Netflix has grown to be one of the largest media companies in the world (and one of the most valued internet companies as well). With a constant slate of new internet streaming-based programming that updates all the time, Netflix has redefined what it means to watch TV and films (as well as how to do it).. Although I dig a number of this shows (many of which I have reviewed in recent months), the film out put has seen far more misses than hits. Very often, Netflix tends to pick up random independent movies that couldn't find distribution otherwise (usually because they're awful), calling them "Exclusives" on the service (even though they're exclusive largely because no one else wanted them). Sure, there are some decent original movies released by Netflix, but most of their movies are crap. 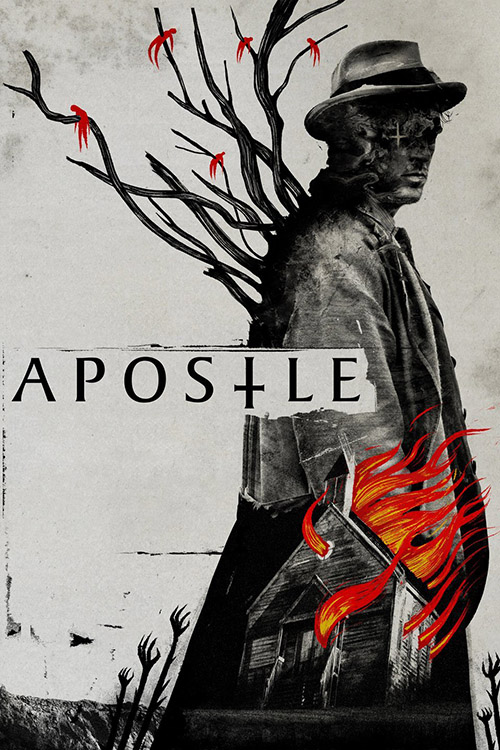 Still, there is the occasional movie that shows exactly why the Netflix release model is breath of fresh air for the studio system. Over the weekend I watched the Netflix Exclusive, Apostle, and I have to say: this is a movie that just could not have been made by any of the bigger studios. Standard Hollywood productions are pretty safe, formulaically driven flicks designed to get as many butts into seats as possible. I dig all the Marvel Cinematic UniverseWhen it first began in 2008 with a little film called Iron Man no one suspected the empire that would follow. Superhero movies in the past, especially those not featuring either Batman or Superman, were usually terrible. And yet, Iron Man would lead to a long series of successful films, launching the most successful cinema brand in history: the Marvel Cinematic Universe. flicks, for example (well, aside from a certain Hulk), but I will readily admit they are formulaic and focus tested and designed to be as inoffensive as possible.

Apostle is not that kind of movie. This is a deeply strange, drama-thriller-horror-fantasy hybrid that defies not only description by explanation, too. It's the kind of movie that fascinates more than it entertains, attracting and repulsing in equal measure while keeping all it's salient details just out of grasp. I liked the movie and yet, at the same time, have trouble figuring out just who I could suggest it to.

Set at the turn of the 20th Century on an island on the periphery of the British Empire (which, at that time, could have been just about anywhere in the world), Apostle follows Thomas Richardson (Dan Stevens) as he ventures to the island in search of his sister, Jennifer (Elen Rhys). Jennifer was kidnapped months back by the cultists living on the island -- the Richardson patriarch is rich and the cultists wanted the ransom to help support their community. Instead, the father went into a despondent state, becoming catatonic at the news. Thus her brother goes to the island in his father's stead so he can track down his sister and free her. However, while there he has to contend with Inquisition-like religions officials, strange blood-letting ceremonies, and potentially a creepy goddess living out in the woods.

The film sells itself on it's supernatural horror elements, but much of the film plays more like a mystery than a scary movie. The cult seems to have strange motives and weird rituals and Thomas has to find out just what's going on (as much so he can navigate their society as find his missing sister). Of course, there are supernatural elements, but getting to what's going on, and why it's all happening, is half the journey. 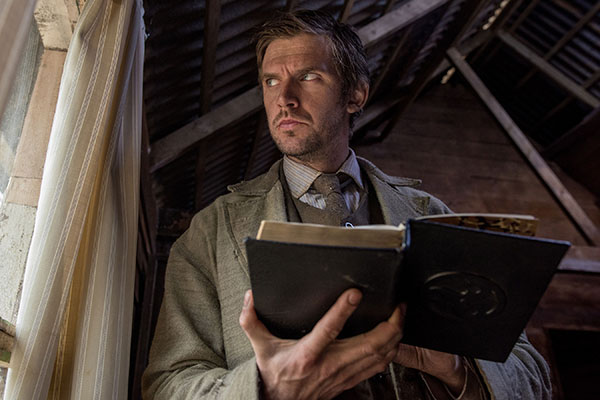 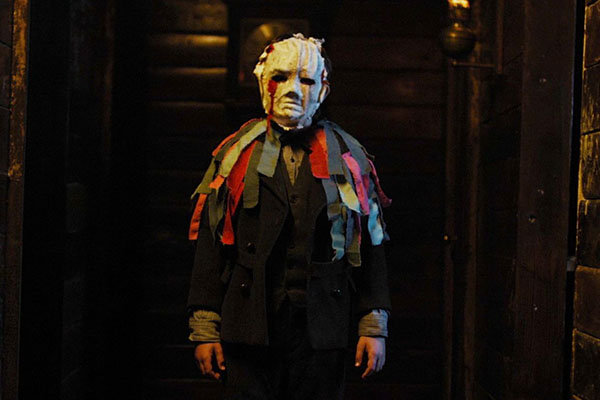 Much of that mystery is caused simply by the film refusing to give us any details that aren't pertinent specifically to Thomas. I would say it was almost Noir like in it's storytelling, with its focus on Thomas, the mystery of a missing girl, a lady in the village that Thomas starts up a flirtation. If there can be such a thing as early 1900s supernatural, pastoral Noir, this film would fit that genre. It hides all its secrets in darkness, obfuscating every hint about what's really going on until Thomas is practically on top of the information. Nothing is explained but, instead, discovered.

I don't think this is a bad thing, though. Certainly the mystery of the island casts and oppressive weight across the movie. You expect danger to lurk around every turn, for everything to go horribly wrong the second Thomas turns a corner. There's never a release to that energy, either, no quick on-liners to relieve the tension. This is a rough, dark mystery that never lets up no matter how deep the main character gets into the story.

And then film takes a pretty hard turn halfway in, shifting from psychological thriller to supernatural horror. Once the nature goddess in the woods is revealed, everything about the movie changes. It's still oppressive in it's energy, but instead of stifling you with potential danger, the actual horrors are shown -- both the goddess and the evils of the cult around her -- and things take a turn for the grotesque. Things go downhill for just about every character in the movie, and the horrors just build and build.

Written and directed by Gareth Evans, mastermind of the two The Raid films, Apostle is about as far from those movies as a follow-up could be. And yet, Evans clearly has a kind of story he likes to tell. Swapping out martial arts for supernatural and psychological horror, both films focus on one man pushed farther and farther to save that which he holds dear (be it the law, family, or both). Both also show a stylish sense of action and pacing. They've very different, and yet uniquely of-a-piece at the same time. Certainly those looking for the kind of action Evans showcased in The Raid will be disappointed in Apostle, but that's only because on the surface they seem so different. 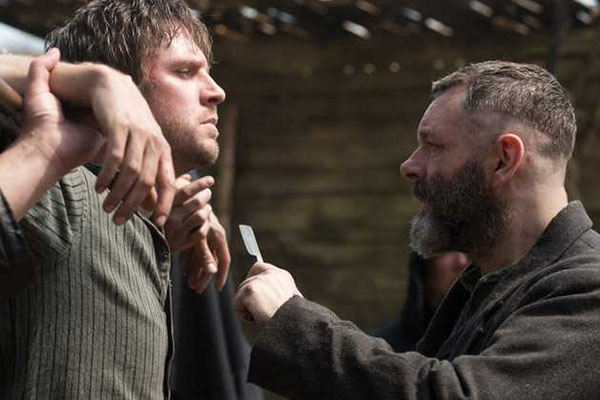 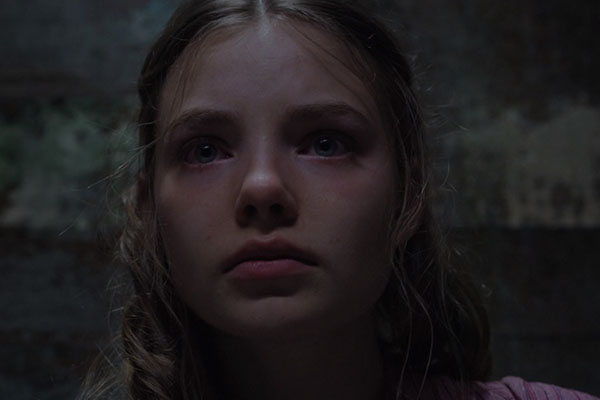 But then I'm struck again by the inability to really describe what kind of movie this was. It certainly wasn't a happy movie, that's for sure, but trying to sell it to someone based on the various elements of the film would be difficult. It's not any one kind of movie but a singular vision about a very strange world. It seems grounded until it becomes very supernatural. It's one of the weirdest movies I've seen in a while, something I appreciated but might not ever watch again.

If you're looking for a strange, surreal movie that never shows you all its cards, then this movie is right up your alley. For anyone with more mainstream tastes, this is probably something they'd watch for five minutes and then immediate stop, never to return. I appreciate that Netflix produced a movie this weird and am glad I watched it. I may just be one of the only people this movie was made for.