As we've discussed before, John Wick kicked off a whole sub-genre of action films: ultra-violent and super stylish fare that put an unlikely star into a fully-realized, but very fictional, version of our own world. There have been a number of pretenders for the John Wick throne (we were kind of fans of Hotel Artemis) but most have failed to live up to the bar set by Keanu Reeve's film. 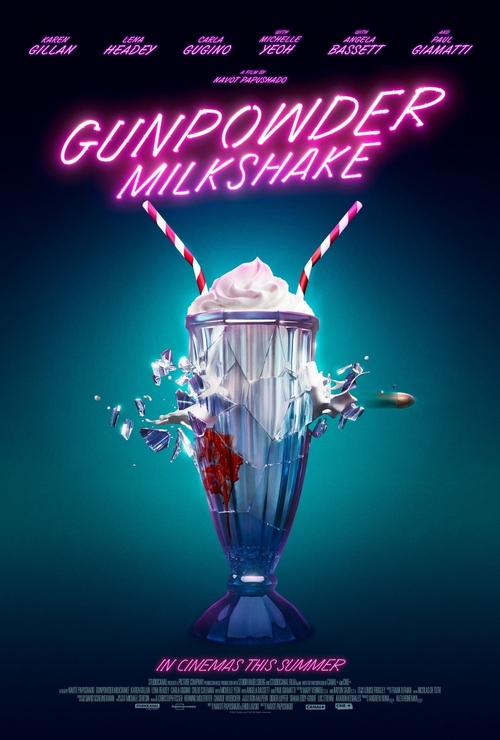 This year, NetflixOriginally started as a disc-by-mail service, Netflix has grown to be one of the largest media companies in the world (and one of the most valued internet companies as well). With a constant slate of new internet streaming-based programming that updates all the time, Netflix has redefined what it means to watch TV and films (as well as how to do it). has given us yet another film that appears to play in the sandbox: Gunpowder Milkshake, a ultra-stylish, ultra-violent film about an assassin in too deep, trying to dig her way out. Like most films playing in the genre, Gunpowder Milkshake doesn't quite manage to reach the heights of John Wick. It is, however, the first one that I've watched that I really felt could play in the same league at Keanu's film. This first film is uneven but if Netflix decides to create further Milkshake movies (StudioCanal, production company behind the film, is working on a sequel) I could see this franchise growing to really compete with Wick and his ilk.

The movie opens our lead assassin, Sam (Karen Gillan), just finishing up a mission when a group of things come to take her out, leaving her forced to kill them all. This is what she does, a career she inherited when her mother, Scarlet (Lena Headey), had to flee town, leaving young Sam (played in flashbacks by Freya Allen) in the care of her handler, Nathan (Paul Giamatti). Over the years Sam has killed a lot of guys but this time, on the mission gone wrong, she killed someone that was protected: the son of mobster Jim (Ralph Ineson).

Given one last chance to make things right, Sam is find a guy that stole a bunch of money from the firm she works for; she doesn't have to kill him, just get the assets back. Unfortunately, in the confrontation, Sam shoots the guy in the stomach. That's when she finds out that he only stole the money because another group of criminals kidnapped his daughter, so she takes him to an underground hospital and goes off to get the girl back. But then the money gets lost (blown up in a fire-fight), and the father dies, leaving Sam as the only one to protect her girl, Emily (Chloe Coleman), as ever gun from the firm comes to kill Sam for stepping out of line again. The only place Sam has left to turn is to her mother, back in town and ready to help out.

Gunpowder Milkshake is an inconsistent movie at times but what it has going for it is its sense of its world. Like with John Wick, the world of Milkshake is ours just with this whole underground world of assassins running parallel to our own. Dentists also act as back-alley surgeons, sinners can be safe, gun-free havens for assassins to meet, and libraries can act as gun stores. The film takes each of these locations, and more, and twists them around, creating a world that feels fictional even as it also adheres to the basic rules of reality. 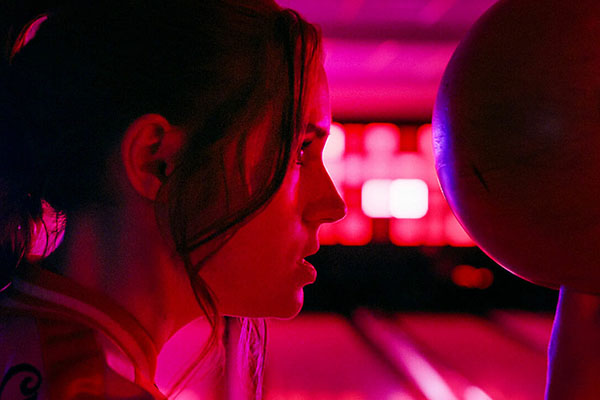 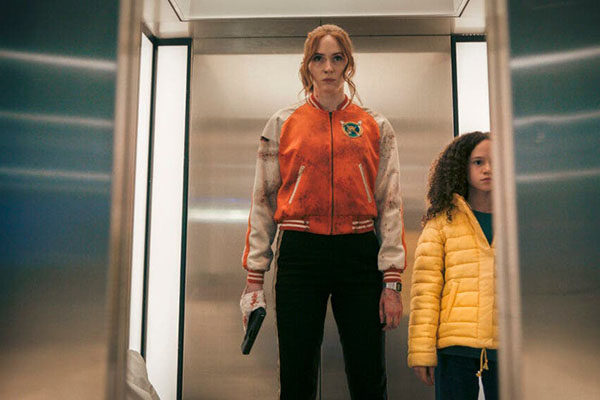 That is, in fact, one thing this movie has over John Wick: while the Keanu films certainly have a strong sense of their own world, and that underworld of criminals and assassins has their own set of rules, the movies feel less and less grounded in reality. They're cool, and stylish, but reality starts to go out the window part way into the first movie. By contrast, for all its flourishes, Gunpowder Milkshake keeps its sense of reality very closely held. Yes, there are stylistic touches, but you won't even see our hero jump off a skyscraper and survive the fall (like John Wick does).

The movie does have its stylish flourishes. It takes place mostly at night, with all its set pieces lit by neon across its stark colors. The film feels lush even as certain sections of it are darkly lit, and the feel of the film draws you in. It's a very lived in movie, with a strong world built around it, but it's also a very cool looking film. The film is really lovely to look at even as gores spurts out and the bullets fly. Heck, maybe even pretty to look at because of all that.

Grounding the film, and making it all work, is the awesome cast at the center. I'm a big fan of Karen Gillan, even since her stint on Doctor Who, and her acting here is pretty good. Her character is reserved, unable to really socialize properly with people, and it's an interesting choice for Gillan to play as she's usually more charismatic and animated. The closest role she has for this is Nebula (from the Marvel Cinematic UniverseWhen it first began in 2008 with a little film called Iron Man no one suspected the empire that would follow. Superhero movies in the past, especially those not featuring either Batman or Superman, were usually terrible. And yet, Iron Man would lead to a long series of successful films, launching the most successful cinema brand in history: the Marvel Cinematic Universe.), and even that character grew and became less reserved over time. It speaks to the damage within her, and Gillan does the part well. But better than Gillan are the actors around her: Heady, Giamatti, plus Carla Gugino, Michelle Yeoh, and Angela Bassett as the three helpful (ass kicking) librarians. These characters steal the show and the movie really comes alive when Sam starts working with other people from the underworld.

Sadly the one thing that doesn't really work is the action. This is what John Wick gets right, having a leading man that is also stunt-trained, and other films in the genre struggle to match. Gillan is a game actress and she clearly throws herself into her stunts, but she's not as well trained as stunt performers, and the directors don't really know how to cover for that at all well. The early action sequences are the worst with fights that feel floating and hits that clearly aren't hitting. The film never really recovers from that but there are times, like any time Michelle Yeoh is allowed to unleash, where the action comes together and feels right. With a little more time, and practice, I think these sequences can get much better in the sequel (assuming the sequel happens) and really carry the film like they should. 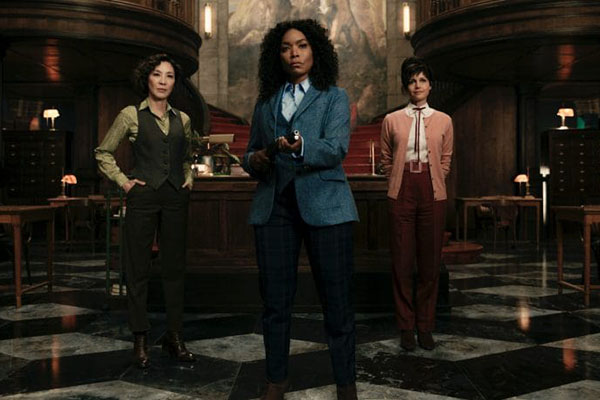 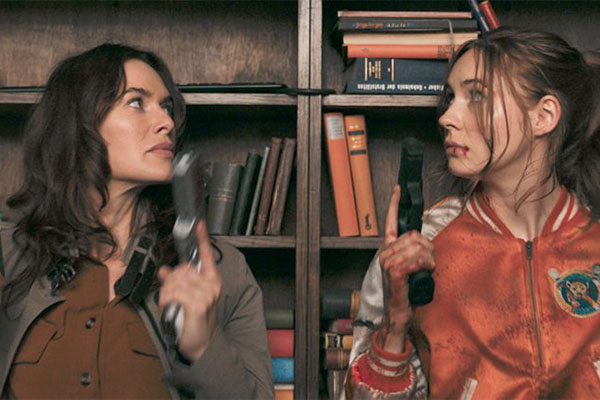 Overall I liked, but didn't really love, Gunpowder Milkshake. It's sense of its world, and its characters, is great, but it's brought down by only so-so action. If the action sequences were stronger this would be an absolute stunner of a film, a rip-roaring tale of assassins, revenge, and missions gone wrong. Instead, it's a fun and amiable (and gory) movie about an assassin connecting with a young kid while some silly action performances go on around them both. It's still a fun watch but for an action film it's sad to say that it's the action itself that betrays the movie.