Eye for an Eye

It's interesting how quickly some films can fade from memory. Something will come out, have a big splashy debut, and if it doesn't immediately grab attention from everyone it'll quickly die off, little remembered until your searching through NetflixOriginally started as a disc-by-mail service, Netflix has grown to be one of the largest media companies in the world (and one of the most valued internet companies as well). With a constant slate of new internet streaming-based programming that updates all the time, Netflix has redefined what it means to watch TV and films (as well as how to do it). late at night. Then suddenly you see the movie and think, "oh, yeah, I heard about this. Why did it not stick around longer?" Of course, then you watch the film and you have your answer: it sucks. 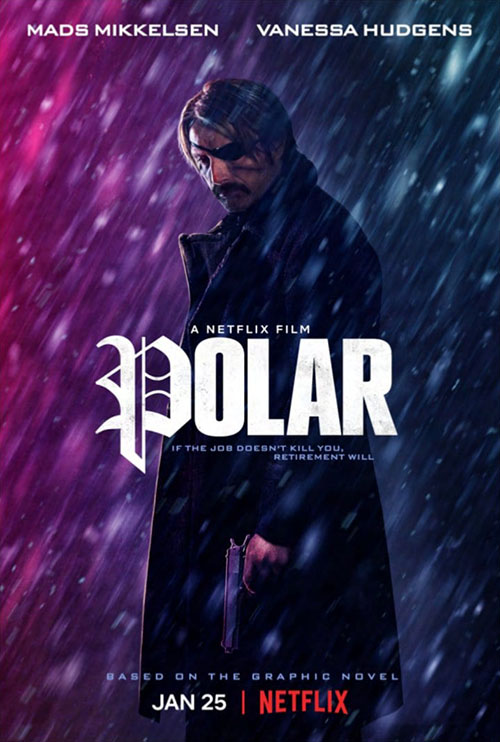 Certainly Netflix exacerbates this issue. Back in the days when cable movie channels would run movies, good or bad, over and over until they developed some kind of cult following it was easy for a film to find a second life and stay in the public consciousness even thought it had a crap theatrical debut. Films released direct-to-Netflix, though, don't get that same kind of leeway; once it's on the streaming service a film either has to grab its audience immediately (and get featured in one of the "Trending Now" categories) or it's off into the dregs of some random category, waiting for the day the streams decides to show its icon to some hapless viewer.

In fairness, this isn't just a problem with Netflix as all the streaming services are loaded down with also-ran films that never grabbed an audience. Netflix, of course, popularize the streaming format and it's their moves that helped to define an industry. They also, though, buy and produce a lot of crap movies that probably would have gone direct-to-DVD and then off to cable otherwise. 2019's Polar is not a good film -- it's honestly really quite bad -- but it has a weird energy that could have made it something of a cult classic back even ten years ago. Now, though, it's a forgotten entry in the "link John WickStarted as a tale of redemption and then revenge (in that order), the John Wick series has grown to be a adynamic, reliable action series that doesn't skimp on the hard hits and gun-toting thrills, elevating Keanu Reeves as one of the greatest action stars ever. but..." genre. I don't want to make it sound like this film is owed a second chance, because it's not, but I do see how it could have become a cult favorite in other circumstances.

The stylish (albeit stupid) film opens in Chile where one hapless idiot (Johnny Knoxville) gets killed right before his "retirement" kicks in. He's hit but an entire hit squad of young, cool-looking assassins and then they head off for greener pastures while he's left to blood beside his pool. We then cut over to Duncan "Black Kaiser" Vizla (Mads Mikkelsen), another contract killer also close to his retirement age. As we learn, the agency he works for, owned by Blut (Matt Lucas) and overseen by Vivian (Katheryn Winnick), has a policy of retiring their agents if they get to age 50, but there's also a clause in their contracts where if the agents die before they hit 50 everything in their retirement funds reverts back to the agency. Thus, there's a vested interest in the agency ensuring that their agents die before they turn 50 (and, thus, the doomed fate of the hapless idiot in Chile).

The problem for the agency is that the Black Kaiser is not only very good at his job (so hits against him are far from successful) but he also lives a secretive, reclusive life. Tracking him down at all is a problem, and then taking him out would be even harder. And once the Black Kaiser knows he's being hunted it's only a matter of time before he shows up to have his revenge. Vivian advises they leave him alone but greedy Blut refuses, and thus it becomes a game of kill or be killed as everyone goes after the elusive, and highly skilled, Black Kaiser. 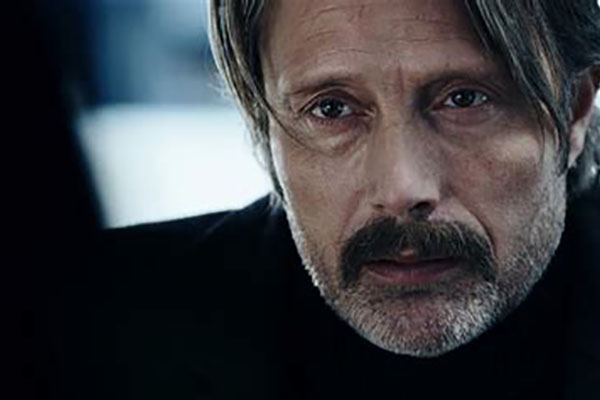 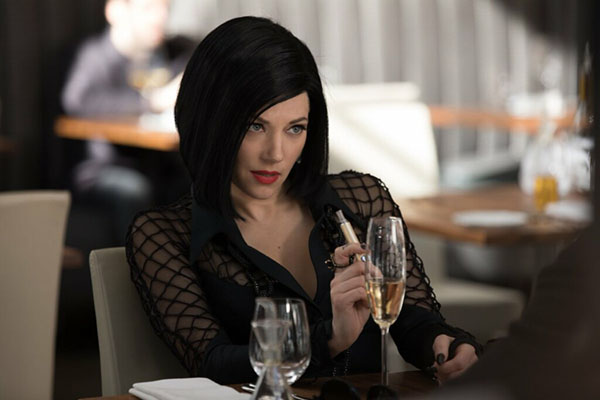 So here's the thing: at its core Polar has a world as weird and wild as the John Wick films. It's anything it's more tripped out and stylish, with an ADHD-meets-bubblegum pop aesthetic that actually does work for a the first third of the film. The world of the assassins is strange and heightened but it shows a level of knowing parody that is fun to watch. It reminded me of Borderlands, in a way, with its splashy style mixed with hyper violence, and I dug it.

The issue is that while the world is interesting the Black Kaiser is not. As played by Mads Mikkelsen, Duncan is an utter drag of a character. The people in his world are splashy and over the top, like people rejected from The Warriors with the note, "maybe tone it down a bit." Duncan, though, is reserved and quiet and barely emotes at all. He dropped into this film from a Lars Von Trier film, it feels like, and the clash of tones and styles simply doesn't work.

It doesn't help that while the other assassins -- Vivian, Blut, Alexei (Josh Cruddas), Sindy (Ruby O. Fee), Facundo (Anthony Grant), Karl (Robert Mallet), and Hilde (Fei Ren) -- are having a ball cutting their way through Duncan's past, Duncan is saddled with a sad-sack story. He finds his neighbor, Camile (Vanessa Hudgens) interesting, and the two strike up some kind of friendship, but they're both quiet, reserved people too damaged to relate to anyone, including each other. We're treated to a lot of long, slow scenes of the two of them sipping coffee and barely talking. It's a chore. 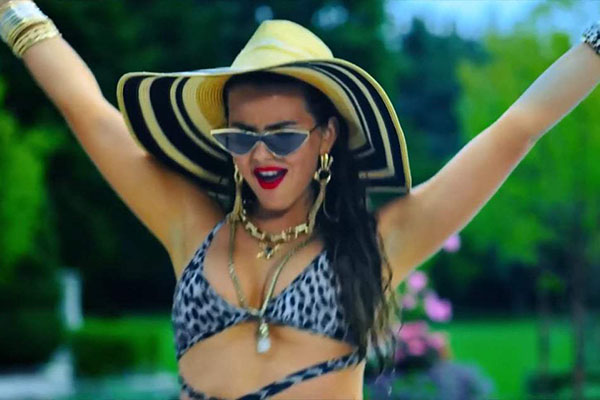 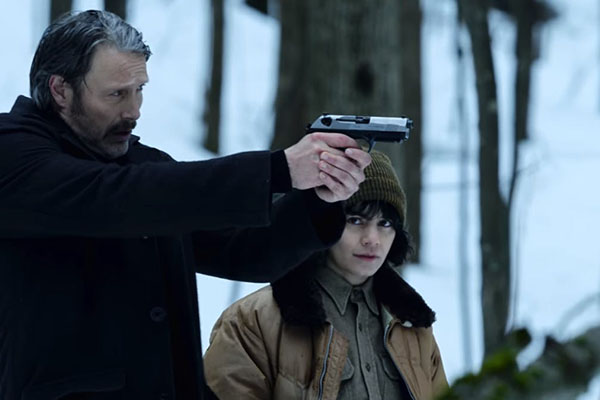 Mads Mikkelsen is a great actor, and there are flashes of a good film in this movie somewhere, but by and large this film doesn't know what to do with any of the building blocks it has. It needed to make Duncan more interesting, more colorful, while avoiding a number of late-game pitfalls. It should have been fun, not queasy, and while the assassins got that memo the director did not. There were stretches of this movie I enjoyed but as the film winds on it just gets less and less enjoyable, right up to the point where it just really sucked to even be in the same room as the film.

But I could see it's weird, stylish aesthetic finding a small cult audience in the right setting. Netflix isn't that setting, but a cable channel could have done more for getting this film out there. I'm not saying I wanted a sequel to this version of the movie (I very much do not), but the right cult-following built up around Polar might have led the studio to take another shot, down the road, at adapting the original web comic into a proper (and better) film. This movie was not the right way to showcase this character or his world, but there's a core concept here that could work in better, more capable hands.