I think, if we really looked, there would probably be almost as many adaptations of Sherlock Holmes as there are DraculaHe's the great undead fiend, the Prince of Darkness, the monster based on a real historical figure. He... is Dracula!. Both are public domain characters that have existed for at least 120 years, and both have remained popular since their creation. In the case of Sherlock, there may be even more adaptations of his character if one because he had a longer run of stories (56 stories and four novels written by Sir Arthur Conan Doyle versus the one novel, and a short story, by Bram Stoker) giving more to draw on, along with the fact that his stories weren't (generally) horror and, thus, were easier to adapt for wider audiences. 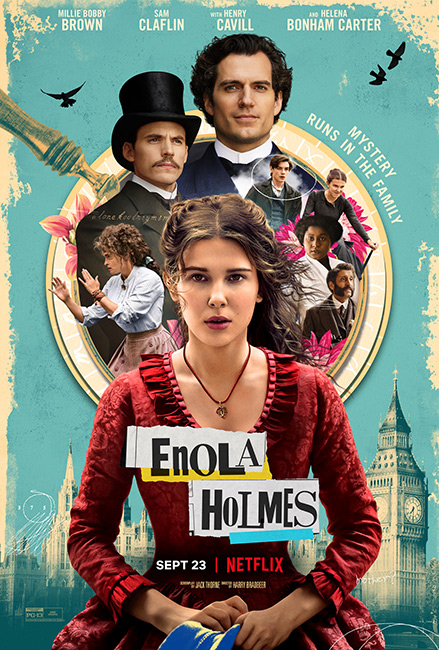 The character of Sherlock has had a long tail in media, showing up fairly regularly in every decade (we had three different adaptation series going at once recently with the Downey, Jr. Sherlock Holmes films, the Cumberbatch BBC series Sherlock, and the Miller CBS series Elementary). It feels, at any moment, like there just might be yet another Sherlock Holmes adaptation just around the corner since (generally) using the character is free (so long as you base your story on the character from his early works and not the last few stories that haven't yet entered the public domain).

NetflixOriginally started as a disc-by-mail service, Netflix has grown to be one of the largest media companies in the world (and one of the most valued internet companies as well). With a constant slate of new internet streaming-based programming that updates all the time, Netflix has redefined what it means to watch TV and films (as well as how to do it)., ever the source for new media in these COVID-related times, has yet another Sherlock Holmes-related work on offer, the recently released Enola Holmes. As the title implies, this work isn't directly about the world's most famous detective (although he is a prominent character in the story) but is heretofore unheard of sister, Enola. Based on a series of novels by Nancy Springer featuring the young girl detective, this is a YA film, through and through, just set in the 1800s instead of some random steampunk future.

The movie starts on the even of our lead character's 16th birthday. Over the past 16 years Enola (Millie Bobby Brown, perennial Netflix actress) has spent all her days with her mother, Eudoria (Helena Bonham Carter), at the family estate while her two older brothers, Sherlock (Henry Cavill) and Mycroft (Sam Claflin), live in the city pursuing their own lives (Sherlock as a detective, Mycroft as a government employee). However, on Enola's birthday her mother goes missing, sending Enola on the case to find the woman. This against the wishes of her eldest brother, Mycroft, who hates the way Enola was raised and would rather her be brought up in a finishing school to be a "proper lady".

Enola, though, wants none of that so she runs off, taking the money her mother hid for her and flees to London to try and track down her missing parent. Along the way she meets a young man, the Viscount Tewkesbury (Louis Partridge), and she gets wrapped up in his story. It seems that someone wants him dead, the reason for which is unknown at the time but, as it's revealed, is tied up in his newly-acquired vote in the House of Lords, Women's Suffrage, and the fate of England itself. Whatever is a young, but capable, 16-year-old to do? 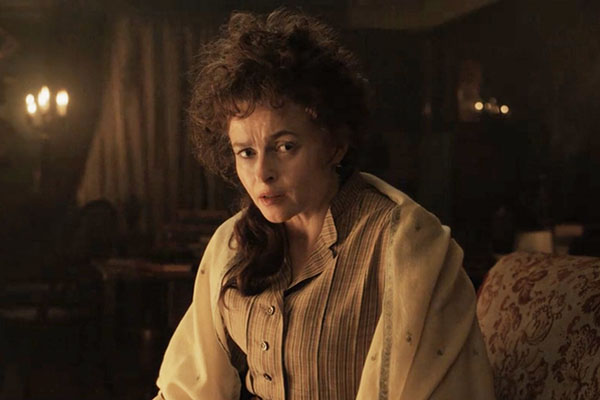 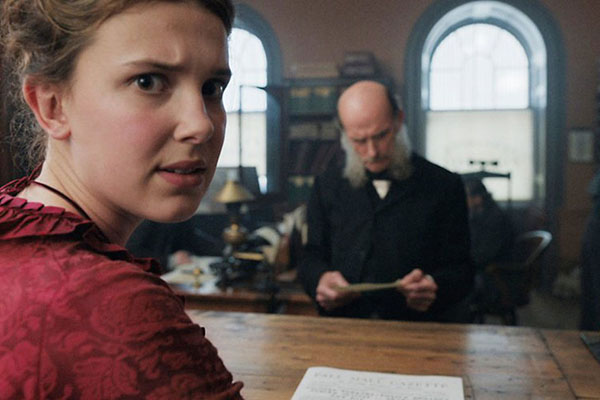 Having just watched Enola Holmes, I'm split on the movie. In the one hand it gorgeously made, with a no-expense-spared budget, winning costuming and sets, and solid direction and cinematography. This was clearly a film that was meant for theaters but, thanks to COVID, that plan couldn't happen. Instead this fantastically made film that would have been a solid B-side film for an opening weekend, instead moved over to Netflix. The theater's loss is Netflix's gain.

There's a lot to like about the film beyond the production values (which, again, are great). The movie has an absolute murderer's row of actors, with Millie Bobby Brown leading the show. As has been noted about her turn in Stranger Things, Brown is a phenomenal actress who can sell any material given to her with aplomb. She does a lot to craft Enola into a great character, solid, capable, fun, witty, and enjoyable. It helps that she's assisted by the likes of Henry Cavill and Helena Bonham Carter, of course, who matches the young actress scene for scene. This is such a solid cast its amazing.

And yet, the movie doesn't quite gel for me all the same. Part of the issue is the way the lead character is handled on screen. I'm sure, in the novels, the young detective addressed her audience to keep the young readers involved with the character. This kind of "me to you" narration can work on the page but rarely does it work in films (the best version of it I've seen is in Ferris Bueller's Day Off, which is part of why Deadpool liberally stole from that style for his on-screen adventure). But here, in Enola Holmes, it just doesn't work. If it was the occasional aside, maybe it could have added to the film, but the character spend whole scenes just talking at us and it gets so damn grating.

Really, it's just a problem with the whole energy of the piece: it's so damn twee. It's a YA movie based on a YA novel that feels horribly YA. You want to film to settle down some, to find its footing and become a bit of an adventure, but the entire time this young detective just keep blabbering on at us, trying to be witty and messing things up as she goes along, and eventually it all just feels like a chore. When the film gets out of its own way and stops breaking the fourth wall it really starts to work, but these moments are intermittent at best. 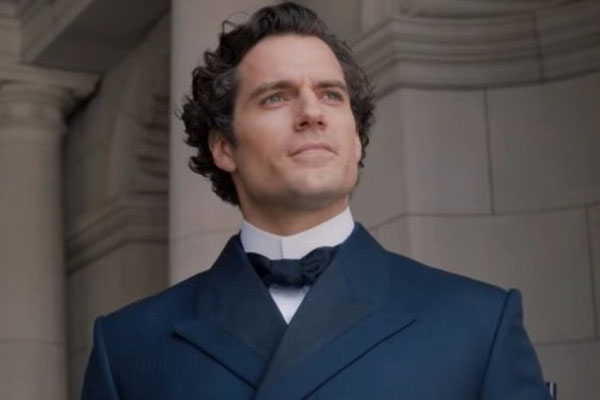 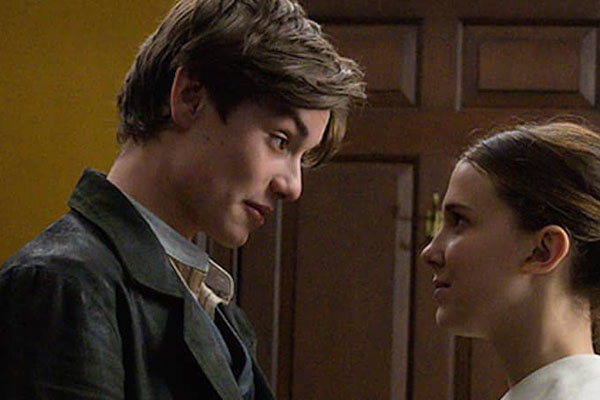 Plus, there's a big issue with the mystery film: there's no real mystery. Yes, Enola has two cases -- find her mother and figure out why someone wants to kill Tewkesbury -- but (spoilers) in the case of the former her mother just shows up at the end of the film (case closed?) while in the case of the later Enola puts herself in harms way to stop assassination attempt after assassination attempt, but in the end the killer reveals themselves preventing Enola from figuring it out. The movie wants us to invest in her as a detective to rival her elder brother but then never trusts her to solve her cases on her own. It's aggravating.

I really like what the movie could have been, where it was headed when it just let the movie unroll naturally without any hand-holding or fourth wall-breaking asides. If Warner Bros., the production studio behind this film, decides to make a second movie, I'd love for the studio to find a way to settle the tone down some. This is handsomely made, well acted film that bounces around excitedly like a puppy. If the movie can just step it back about twenty percent next time, it'll be a real winner indeed.