The Puppet of War

Pinocchio is one of those timeless tales, likely in no small part due to the Disney animate version that came out in 1940. That film, along with all other adaptations of the work, use the 1883 Italian children's novel The Adventures of Pinocchio, by Carlo Collodi, as the source material, and even before I recap the story you know it's about a man who creates a wooden boy that then is granted life by a blue fairy. Everyone knows the story, just like they know the story of Peter Pan or Snow White or Cinderella. As I said, timeless. 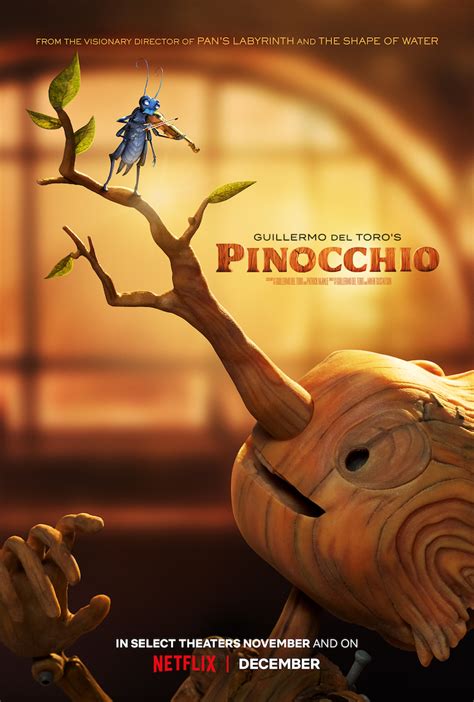 Here's the thing, though: as a story, Pinocchio kind of sucks. If you haven't contemplated what the story is about, really think on it for a moment. A shut-in creates a wooden boy because he wants a son and no woman seems interested in him. That boy, for whatever reason, is granted life by a capricious woodland nymph. The man is shocked, but within a day decides that his new wooden boy, Pinocchio, has to go out and be a real boy with such things as school and morals and everything else. We then find this infant Pinocchio getting himself into trouble, time and again, because he doesn't understand the world and everyone takes advantage of him. Only after proving he's mature enough to make good decisions (i.e., he gives up his own life to save the dad he's known for, like, a week), the crazed woodland nymph revives him as a real boy. And thus the moral is send your newborns out into the wild and they, too, will get magically promoted.

Seriously, what the hell is that story? I get that fables and fairy tales are usually whack as hell (don't dream of going up to the surface, mermaid, or the man you love will marry someone else and you'll end up committing suicide), but even by those standards The Adventures of Pinocchio always struck me as a balls-out, crazy pants tale. Gippetto is the guy that wants a son, and the moral of the story should be, "be careful what you wish for," as Pinocchio careens from one bad decision to another, dragging the good name of his father along through the mud. Instead it's a morality play about how children should learn to be good. Pinocchio is one day old, even if he's the size of a ten year old, and the story seems to think it's fine to expect the kid (who knows almost nothing) to be a kind and mature child. It's idiotic.

This is my issue with any version of Pinocchio because every version has to, at some point, actually adapt the story of The Adventures of Pinocchio and all of it's bad-takes advice on parenting. The 2022 version, created by Guillermo del Toro and released by NetflixOriginally started as a disc-by-mail service, Netflix has grown to be one of the largest media companies in the world (and one of the most valued internet companies as well). With a constant slate of new internet streaming-based programming that updates all the time, Netflix has redefined what it means to watch TV and films (as well as how to do it)., can't really get past that hurdle. It's a very pretty movie, done in a gorgeous, stop-motion style, but even this film has to actually stick to the basic beats of the original story and that, more than anything, is what keeps it from being a movie I can actually enjoy.

In fairness, the film does take some liberties with the story. Set in Italy during World War I (and then Fascist Italy during the run up to World War II), the film first introduces us to Gippetto (voiced by David Bradley), a woodworker of some skill, who lives in the forest with his son, Carlo (Gregory Mann). The two have an idyllic life, enjoying just being together while Gipetto handles all the woodwork for the nearby town. Things take a turn, though, when Carlo is caught in the town's church after bombs are dropped on the building, killing the boy. Gipetto is, understandably, grief-stricken and spends the next year drinking himself stupid under the tree he's planted in his son's memory. 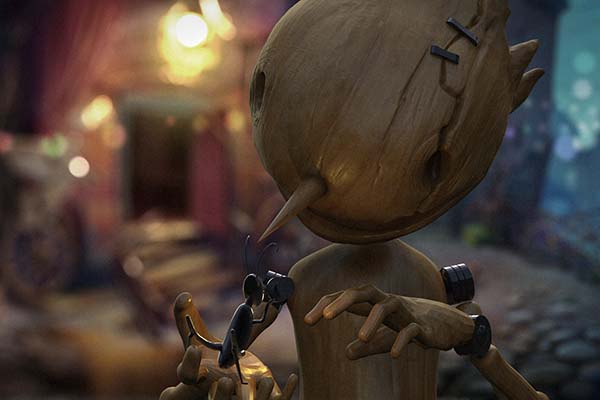 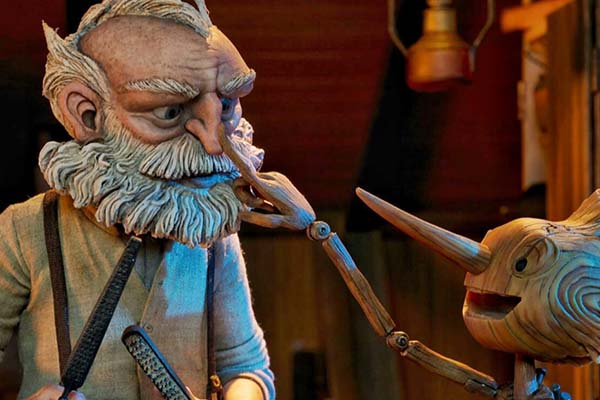 For twenty years, Gipetto remains a drunken sot, missing his boy. In a fit of rage one night he chops down the tree, using the wood to fashion a crud body for a puppet that (he intended) would look like his dead son. He passes out mid-way through the construction process, leaving the work of finishing up the body for the morning. But then in floats the Blue Fairy (Tilda Swinton), who decides that Gippetto has suffered enough so she grants the puppet boy life. Thus, Pinocchio is born... much to the surprise of the cricket that had been living in tree trunk that became the wood body, Sebastian J. Cricket (Ewan McGregor). Now, between Gippetto and Sebastian, these two have to try and keep Pinocchio on the straight and narrow lest he get them all into all kinds of trouble.

There are things to like in del Toro's version of Pinocchio, not the least of which is the animation of the film. The maquette puppets, designed and animated by ShadowMachine, with assistance from del Toro's own Centro Internacional de Animacion studio, and Jim Henson Productions, animate in such beautiful motion. The filming was done to create a naturalistic look, not stylized (and, by del Toro's own words, meant to be as far from the Disney style as possible). It creates a version of Pinocchio that doesn't look anything like you'd expect (and that's before we even get to the parts where Pinocchio becomes a mouth-piece for the Fascist government). With the sound off, it's a wonderful film to look at.

I appreciate the fleshing out of Gippetto as a character. Giving him a back-story that extends to a time before Pinocchio makes him seem less like a miserable shut-in. Yes, he spends 20 years in a drunken fugue, but the motivation for that is understandable. Heck, every reaction he has to Pinocchio, from thinking the puppet is a beast sent to terrorize him, to trying to get the infernal thing to shut up and just listen, is understandable. This is probably the most relatable version of Gippetto you'll ever see.

And let us not downplay the wonderful performance from Ewan McGregor as Sebastian the cricket. He brings warmth and delight to the silly insect, stealing every scene he's in. Although the film precludes any chance for a sequel focused solely on Ewan's cricket character, I would love to see a prequel following him around (far away from any wooden puppets) just to revel not only in his adventures but also so we can spend more time with Ewan's performance. It's great! 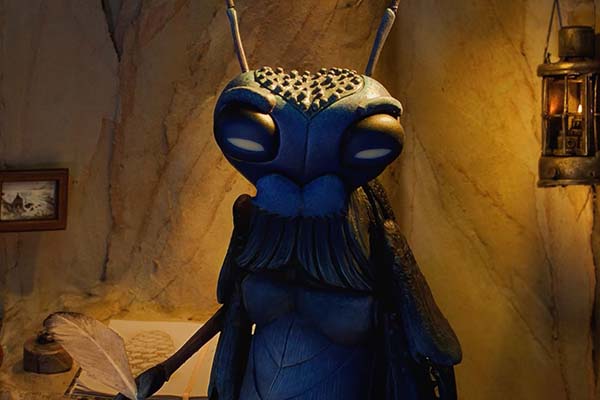 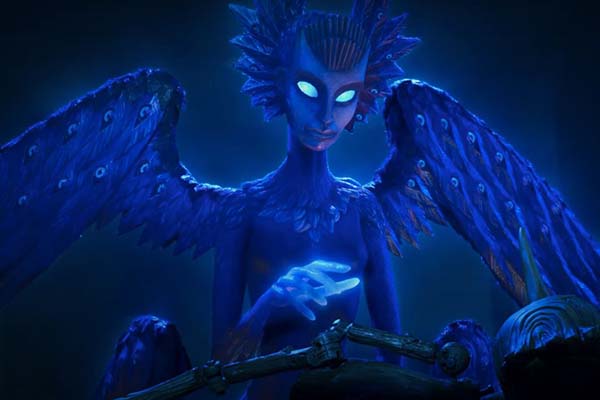 Sadly, where the film drags in in the titular puppet. Many, the story for Pinocchio is just a drag. While I can credit del Toro for trying to re-contextualize the story into more realistic beats -- making the island of renegade boys into a work camp to train boy to be soldiers for Italy as one such example -- it doesn't change the fact that Pinocchio is a stupid child that has existed for a literal day. The movie judges him, time and again, for making dumb decisions because, yes, he's a stupid child. But you would be too is some freakish magic gnome flew in and granted you life out of nothing. She didn't spend time teaching him everything he needed to know to be a mature adult. She flicked her magic at the boy and, gave him life, and then left like a deadbeat parent, not bothering to check back in on her newborn after. Pinocchio isn't the bad guy here.

So yes, I will agree with everyone that del Toro's Pinocchio is an absolute technical feat, a marvel of animation. It's a beautiful movie and, just once, I would even think people should watch it to see just what the team was able to create in this stop motion style. End of the day, though, Pinocchio is as Pinocchio does. This version of the story, for all its artistic merit, can't rise above the flaws of the source material. You still have to watch the story of Pinocchio when you watch Pinocchio and, man, this story sucks.