Now We All Have the Power

Masters of the Universe: Revelation, Part 2

It's fair to say that the first part of Masters of the Universe: Revelation was surprisingly good. There were two factors that, arguably, were working against the project: the franchise it was a part of along with having late-period Kevin Smith attached as the writer, director, and creative head of the show. Say what you will about He-Man but it's not exactly a property with a lot of depth to it, at least in the past, while Kevin Smith's works haven't been as good since he discovered pot. 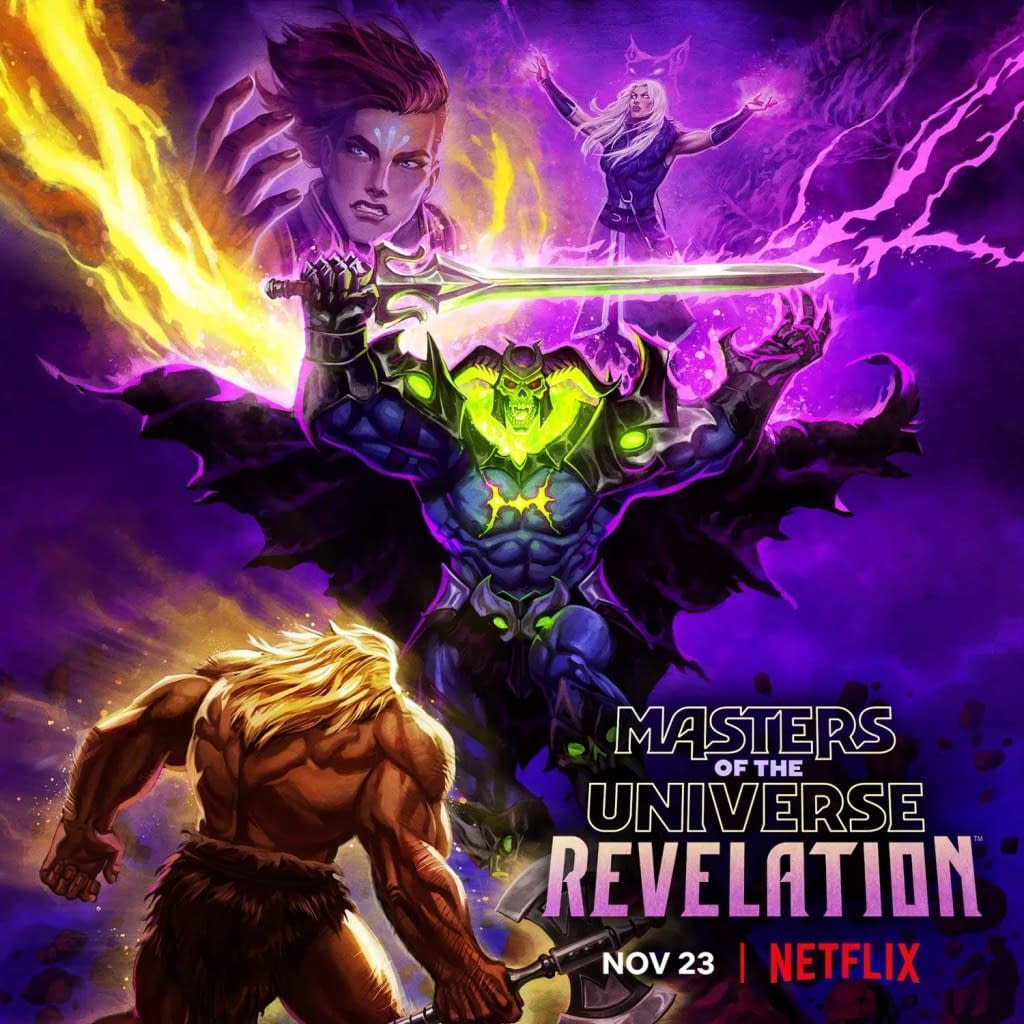 Despite all this, though, the first part (first season? first whatever you wanna call it) worked really well. It started with an epic hook -- what if Skeletor managed to wipe out himself and He-Man all at once, leaving Eternia without the magic to sustain it -- and then went on to provide a season of drama, character development, and a lot of well-earned action. It did what I didn't think any adaptation of the source material could do: it made He-Man and the Masters of the Universe interesting.

Thing is, with a solid start to the series (first planned to be a two-part mini-series although that plan may have expanded since) it puts a lot of pressure on the back-half to live up to expectations. No one had expectations for a He-Man show made by Kevin Smith, but then the creator had to go and do a good job on it in the first part. Could he do it again in the back-half? Could this show live up to the sudden expectations of the audience? In short: not really, although it's not a bad little show as it rolls into its conclusion.

The second set of episodes (another five, as with the first part) picks up right where the first half left off: Skeletor had just stabbed Prince Adam and took the sword of power for himself. He said the words, becoming the new "Champion", combining his innate magical abilities with the power of Eternia. The new, hulking "God-Skeletor" then sets out to conquer the world and, he hopes, the universe. How could anyone hope to stop this newly empowered sorcerer of evil?

Teela and her team aren't going to just give up. They take the wounded Adam with them, fleeing Castle Greyskull, heading back to the palace, pursued by Skeletor and his minions. Its here that we learn that the power of Eternia can be shared as Adam calls it down without the sword to temper its power. He becomes a Hulk-He-Man, all rage and muscle, and Skeletor and the Hulk battle on. Meanwhile Evil-Lyn becomes the new Sorceress of the Castle, the dead rise, Teela discovers her own innate magical abilities, and more and more foes and powers get unlocked. It all leads to a battle between He-Man, Skeletor, Teela, and Evil-Lyn for the fate of the universe lest all life is wiped away completely. 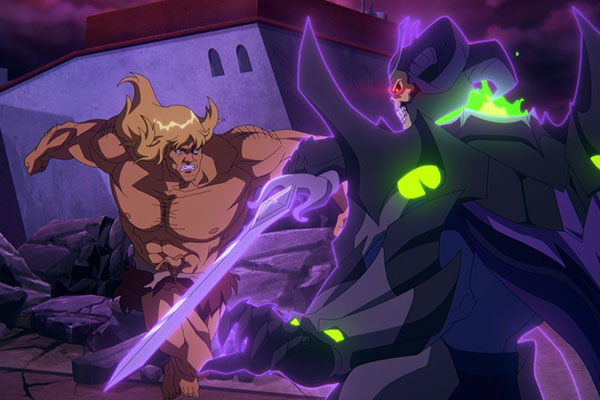 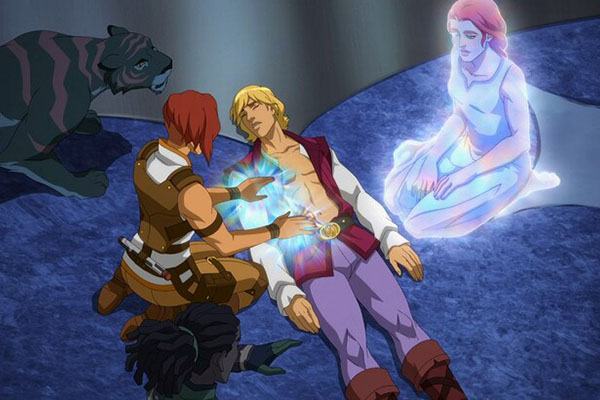 So let's address the big issue with this half of the season: power creep. When Skeletor grabs the sword at the end of the last part of the season, raises it in the air, and becomes God-Skeletor, it's sets a new bar for the power level of the show. Instead of focusing on how to either remove Skeletor's power or finding a way to come up with one champion that can credibly take on the newly empowered villain, the show instead decides to empower everyone, creating this escalating war of power that rises and rises and gets kind of ridiculous. The show loses its grip on the storytelling as it chases a bigger and bigger high every episode.

Look at it like this: Skeletor powers up, so He-Man has to power up into Hulk-Man. Then Skeletor-God makes Evil-Lyn into his new Sorceress of Eternia. She then manages to grab the sword and becomes Goddess-Lyn, far out-stripping Skeletor in power. The only way for the show to compensate for that is to have Teela suddenly learn she's the daughter of the previous Sorceress, gain magical powers, tap into the magic of Eternia, and become the new Sorceress of Eternia. Oh, plus then Adam figures out a way to tap into the power and upgrade himself and Skeletor once again. That's a lot of power and it ruins any sense of scope or danger. "Oh, some new threat has arisen? Let's just upgrade again."

Some of it I didn't mind. Skeletor becoming God-Champion worked and I actually thought that could make for an interesting thrust to the season. Having him upgrade Evil-Lyn also worked as it was a way to keep her loyal to him while still having her be slightly weaker. Meanwhile, Adam became the Hulk-Man which was cool, and let him battle Skeletor, but his inability to control his rage also meant that he wasn't a perfect solution. That all works and it sets stakes. It's just that in the last couple of episodes all sense of scale is thrown away and the show just lets everyone explode with power. It's very cool when it comes to visuals but the storytelling gets pretty muddy and flat.

I think the biggest thing I struggled with, though, was the retcon of Teela's back-story. Making her the daughter of the Sorceress feels weird to me. I have no problem with Teela willingly infusing herself to the magic of Eternia, maybe sacrificing her connections to her friends to find a way to tip the scales back to the side of good, but the retcon itself sits weird for me. As this show is supposed to be a direct sequel to the animated show from the 1980s that means there's a lot of already established back-story at play here. Never once did the old show hint that Teela was the daughter of the Sorceress and putting it in here feels like it robs Teela of a choice she should have made for herself. "It's not your decision to be the Sorceress, it's fate." 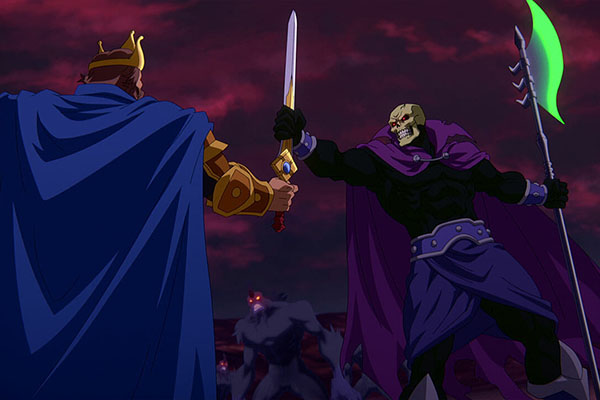 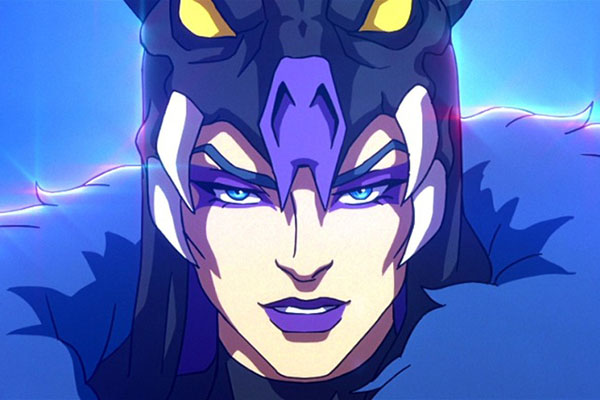 I don't think that was the intention of the show, mind you. I think the back-story was put there so that Teela could plausibly become the next Sorceress. I think it would have worked better if she didn't have a connection to the previous Sorceress, though, and that the decision was entirely hers, a sacrifice she had to make so that her friends could live. That would have added better drama to the show and continued Teela's hero arc. Make no mistake, Teela is the lead heroine of the show and Revelation understands that. She deserved the be the Sorceress as it was the culmination of her arc. The way the show justified it, though, didn't really work for me.

Plus, the entire climax of the show is a whole lot of power-slop. It's lots of effects as a ton of characters we don't know or care about fight each other while magical flashs burst on screen. The show has a strong visual style (Goddess-Lyn being a particular highlight with her cloak of stars) and watching the fight sequence is a blast in a lizard-brain kind of way. But as far as storytelling is concerned, the climax loses its threads. The drama drains away and the show is reduced to punching a spell blasts for about 40 minutes to tie everything up. It's lots of pretty colors and whiz-bang animation but there's no substance beneath it which feels like a betrayal of all the hard work put into the storytelling of the first part of this series.

Masters of the Universe: Revelation, Part 2 is enjoyable in the moment. It has plenty of big scenes, and lots of bright colors, to entertain, and at only five episodes it certainly goes down smooth. As far as living up to the potential of the first half of the season, though, this second part falls a little flat. It's clear the production team has their heart in the right place, and they did a lot of solid work to make He-Man palatable to modern audiences. As a conclusion to the main arc of the show, if that's what this is, though, the show needed to put just a little more focus where it was needed: on the story.