Hard to Be an Atheist In This World

I don't want to say there's been a dearth of female-led action movies over the course of Hollywood's history -- certain any discussion of the genre could point out movies such as The Long Kiss Goodnight, Atomic Blonde, and Buffy the Vampire Slayer (film and series) as some examples -- but certainly female-led films in the genre aren't as prevalent as their male-dominated cohorts. Often, the idea of women doing the same action-oriented jobs is played up as some kind of knowing joke. "These women are being criminals... *just like their men*". Heck, for one of my examples -- Buffy -- the humor was a major part of the whole appeal of the show. "This is the blond girl that always dies in movies, but the joke is on the monsters this time around." 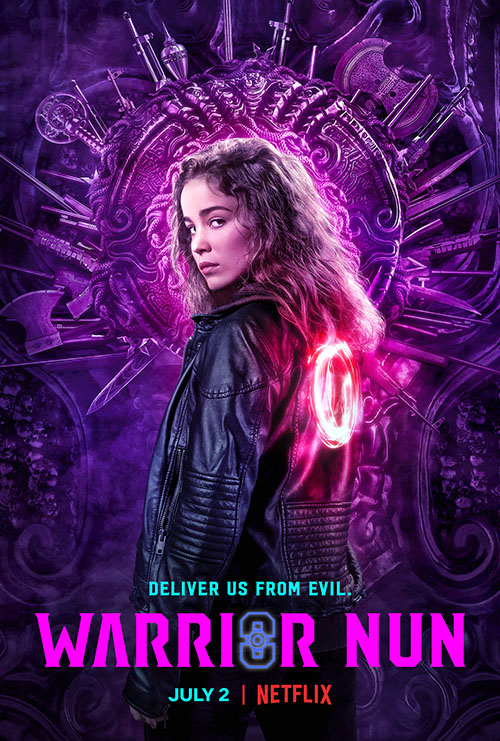 That brings us to Warrior Nun, a recent NetflixOriginally started as a disc-by-mail service, Netflix has grown to be one of the largest media companies in the world (and one of the most valued internet companies as well). With a constant slate of new internet streaming-based programming that updates all the time, Netflix has redefined what it means to watch TV and films (as well as how to do it).-hosted entry in the "ladies kicking ass" genre, and most reviews of the series' first season make direct comparison to Buffy. "It's a show about a powerful woman fighting mystical bad guys all while quipping and being a girl." I guess, if you want to look at it from that angle, yes there are comparisons to be made. Those comparisons, though, are shallow and downplay what works in the series. It also sets up expectations that Warrior Nun isn't able to fulfill. This is a show with a specific perspective and an end-goal in mind, but any time it tries to veer towards more traditional storytelling, that's when the wheels come off this ride.

In Warrior Nun we're introduced to Ava Silva (Alba Baptista), a girl given a very powerful gift right when she least expected it. That last part is important because, in the hours leading up to Alba getting her gift -- the halo of an angel, inserted right into her body -- she was dead. A quadriplegic for years, her death was ruled a suicide (although, as we learn Ava had no memory of this), but with the power of the halo Ava is not only alive once again, and now can walk and move around like anyone else, but she also has extraordinary powers: improved healing, super strength, and the ability to phase through walls. She's a super hero.

But the halo also brings with it a mission: to use the powers of good to fight the evils of the world. Specifically, the halo has been passed through the ages, from warrior nun to warrior nun, to fight the war against demons. Lesser demons float through the air, picking people as hosts and encouraging their evil tendencies. Without the halo-bearer, who can see the lesser demons, there would be no one to fight the forces of Hell. Ava, though, wasn't raised to be a nun, and the halo was inserted into her only for safe keeping. But once it brought her back to life, she suddenly became the chosen one. Ava has to decide, now that she's "normal" again, and alive, if she wanted to live her life or do something for the good of all humanity.

Conceptually, there's a lot to like about Warrior Nun. It has a well-constructed mythology (and by that I mean the bits of story it has built around the Catholic Church), one that adds in a lot of neat ideas -- lesser demons, greater demons, angels, holy metals, halo powers -- and lets them play out organically over the course of the season. The show does a bit of explaining her or there -- and these are the parts that certainly feel the weakest in the show's setup -- but for the most part the series trusts the viewers to pick up the story as it goes along. 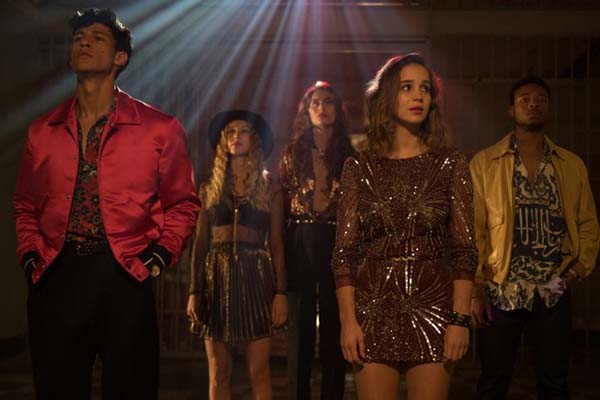 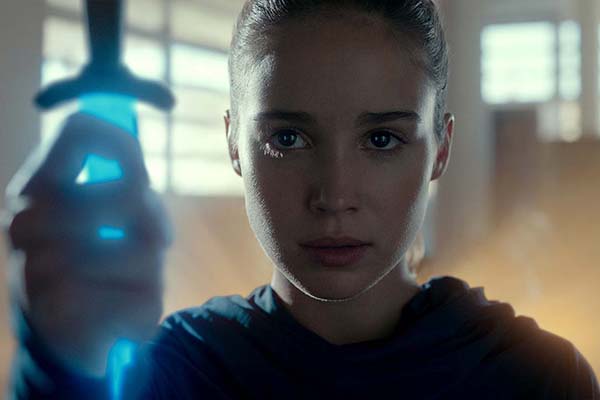 In this regard I can see the Buffy comparisons: the viewers get thrown into the deep end, into a world of angels and demons, and the show uses audience surrogates -- Ava here, Willow and Xander on Buffy -- to guide us through the the war between good and evil. We even have a collection of "Scoobies" to help our chosen hero -- Toya Turner as the kick-ass "Shotgun" Mary, Lorena Andrea as Sister Lilith, Kristina Tonteri-Young as Sister Beatrice, along with Tristan Ulloa as Watcher-like figure Father Vincent. These comparisons might help those fans of Buffy get into this show, but they are superficial largely because it's Ava who's still learning things while everyone around is already a trained and battle-tested warrior nun.

Plus, of course, the show builds to a cliffhanger that redefines the whole series, not just for it's characters but the whole premise as well. I, of course, won't spoil it since the show's only been out a week (at the time of writing this), but suffice it to say that the end of the season really does spell promise for where the show can go and what all we should expect from the future of the series. It actually injects such energy into everything, and raises so many new questions, that I wish this had been the mid point for the ten-episode season and not the cliffhanger.

That's because, frankly, watching Ava try to figure out her life is a total drag on the series. I can understand what the show is trying for here: Ava is new to this, and she's young, and she wants to just be able to go off and have her own life without having to think of demons and evil and everything that goes with it. So she rebels, and she runs, and she keeps trying to find ways to avoid becoming the Warrior Nun. Why that might be realistic for the path of a teenager, it makes for a very lackluster and unsympathetic heroine. You don't really start caring about Ava until she accepts her new gifts and takes up the Warrior Nun mantle, and by then half the season has already bled away and you'd just tired of the girl and her antics.

It's sad because there are some truly great characters on the show that would be worth following instead of focusing so intently on Ava. Shotgun Mary, of course, steals the show -- she's a character that belongs in a Blaxploitation grindhouse film from the 1970s, and I mean that in the best possible terms. She's a bad ass, tough and mean, with the clearance to do things her way (and she does, often, and with much violence). A show that followed her around as she laid waste to the criminal underworld (with the blessing of the church) would be fantastic. 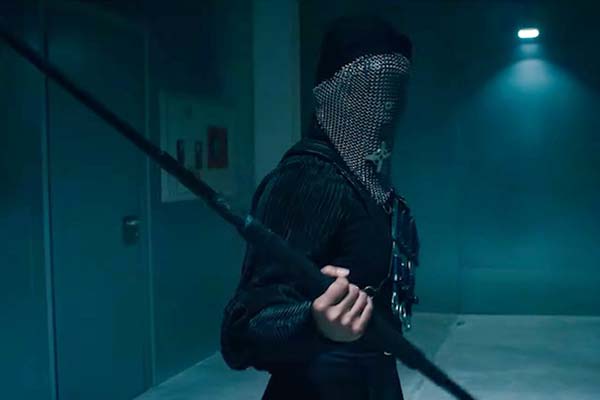 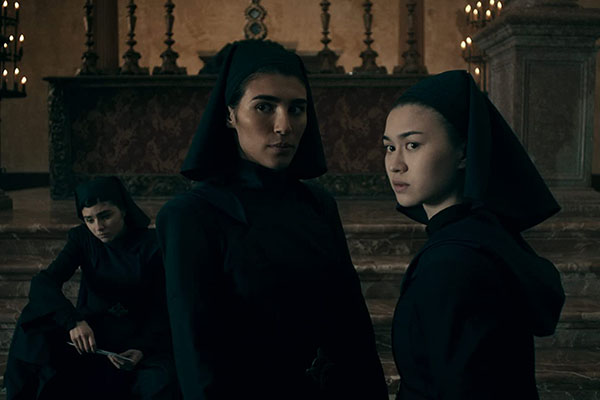 I also really liked Sister Beatrice, a quieter character on the show but no less kick-ass. The sister is much more devout than Shotgun Mary, a proper follower of the church who's in this war to do the most good. She doesn't have Mary's violent tendencies, but when the battle calls for it, Beatrice can take out an entire room of bad guys without breaking a sweat. By the end of the season you end up wishing she could be the halo bearer because she's a proper heroine.

I don't know how many of my issues with the show are because of the way the show was written or if they're inherent to the original comics this show is based on -- the comics started with Warrior Nun Areala back in 1994 and then ran, off and on, through 2003. From what I can tell, Ava is a new character created for the show, and she's basically a dud (a quick perusal of notes about the comics doesn't seem to turn up Ava as a character in those issues). Considering all the characters that could have been chosen, why the producers went with a new character who is so bland and uninteresting, unheroic in all the worst ways, boggles the mind.

By the end of the season Ava has grown into her character some, enough that there's some hope for the future her character and the series. Plus, again, there's a great cliffhanger that promises more. Hopefully the show at least gets the chance to grow into its potential -- this first season is rough by does show promise. Considering how quickly Netflix cancels its shows, though (having just taken out The Chilling Adventures of Sabrina this week), Warrior Nun may not get enough time to grow into a truly great series.