The Problems are More than Skin Deep

NetflixOriginally started as a disc-by-mail service, Netflix has grown to be one of the largest media companies in the world (and one of the most valued internet companies as well). With a constant slate of new internet streaming-based programming that updates all the time, Netflix has redefined what it means to watch TV and films (as well as how to do it). really wants to make Altered Carbon into a thing. The show, originally started in February of 2018 (based on the 2002 novel of the same name), was supposed to be the streaming service's answer to Game of Thrones (back when everyone really cared about that show), a big budget spectacle with violence, nudity, and deep drama. Netflix reportedly spent millions on the show, all to try and ensure it's success. 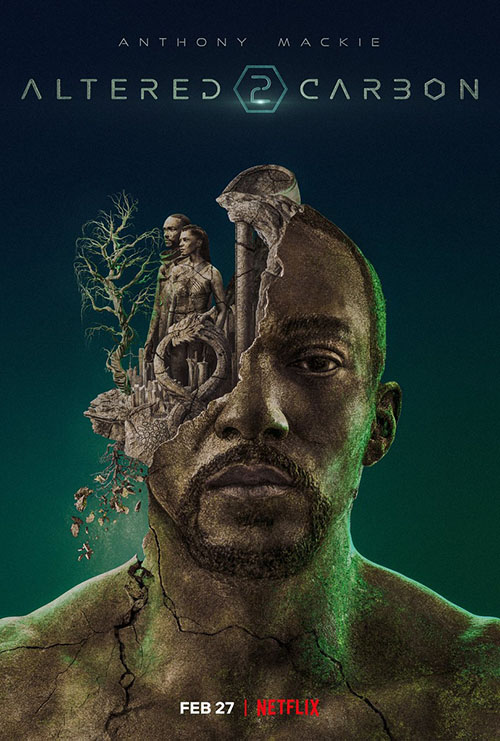 And then the show was released to disinterested audiences. There are any number of reasons why the show failed -- shallow storytelling, a setting that wasn't anywhere near as unique as Netflix might have hoped (not if you've seen any anime), less shocking amounts of violence and nudity than people were expecting -- but the real problem lay at the feet of season one lead, Joel Kinnaman. We've gone on before about how terrible Kinnaman can be as an actor -- he failed to impress in Suicide Squad, although he wasn't that terrible in Hanna -- and he absolutely sucks in this show. Bland and boring, Kinnaman was a bad fit to lead a show that, in other hands, could have been an intriguing future-Noir series.

The initial season told the tale of a murder mystery, with lead character Takeshi Kovacs (Kinnaman) investigating the alleged murder of wealthy industrialist Laurens Bancrof (James Purefoy). The unique twist is that Kovacs is hired by Bancrof to solve his own murder -- in the future, people can switch bodies (aka "sleeves") at any time, their consciousness (soul, really) loaded into a disc in the sleeve, movable via simple upload/download. Bancrof died, and his memory was wiped before it could upload, meaning there was a gap of time that he can't account for, and he assumes he was murdered, so that's the case Kovacs has to investigate.

Kinnaman, as noted, was the worst part of the season, but frankly the show really couldn't get ahold of the story it was trying to tell. There was the murder mystery, but also flashbacks to Kovacs's previous life (where he was a freedom fighter battling the whole sleeving industry -- in these flashbacks, Kovacs is played by Will Yun Lee), and a whole subplot about Takeshi's missing sister. It was a lot, even for a show that knew how to tell its stories. In the hands of the production team for season one, the show really wasn't able to pull it together at all. It was a mess, pretty in construction but lacking substance underneath.

The show also was criticized for white washing. Kinnaman is a white dude, while Takeshi is Japanese/Hungarian, and this caused consternation for many viewers. The show doesn't handle the situation well, having the character talk about his heritage, which seemed tone-deaf coming out of the mouth of Kinnaman. Having the character played by Lee in flashbacks didn't help as it seemed, from a certain perspective, that the show was saying the white dude body was an upgrade, somehow, of the previous body. It wasn't a visual that played well. 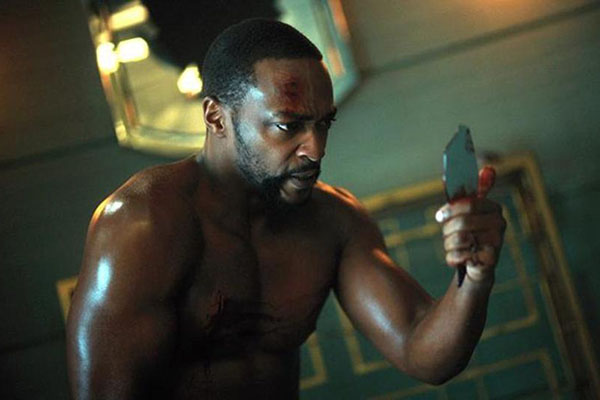 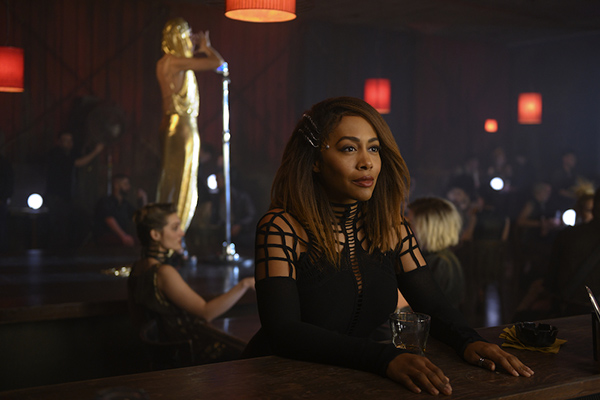 Coming into second season, which debuted a couple of months ago (and I just had no desire to watch it at the time), Kovacs has been recast, with Anthony Mackie taking over the lead role. While having a black man play a character that originated as a Japanese/Hungarian character still didn't solve all the racial issues (the fact that the new body for Kovacs is a militaristic, athletic body that also happens to be a Black man still seems tone deaf from a certain angle), no one could argue with Mackie's acting.

The story this time around is all about that revolution that was only half discussed in the first season. Everything this time is about the revolution -- the planet it originated on, the people involved in the war, and history in the centuries since. This is supposed to be a big build up of the storylines from the previous season, a pay-off of all that was developed to bring it all together. But, I gotta tell you, I just didn't care; even now, with a strong lead actor -- and yes, Mackie does a stellar job being the character, as he usually does in all his roles -- the show still can't bring it together.

Partly it's the fact that the main thrust of the story is once again a murder mystery: someone is going around killing high-level leaders on Harlan's World and Takeshi is brought in (really, forcibly hired is a better term) to investigate. What he finds is that the long dead leader of the rebels, Quellcrist Falconer (Renee Elise Goldsberry), isn't actually dead after all. Re-skinned against her will, she's gone on a murder rampage over the last few days and Tak has to stop her. Except there's even more going on because aliens. Yes, aliens.

There's a lot of sci-fi already put into Altered Carbon -- re-skinning people, hyper-light travel, hyper-light transmission of souls to new skins, holographic nano-particle programs that act like people -- but the alien twist just didn't work for me. It felt like one too many things thrown on to an already overly convoluted show, a show mind you that was still struggling to make even its basic premise and plot points work. To then say, "oh, and this is all happening because of aliens," was just too much for me. 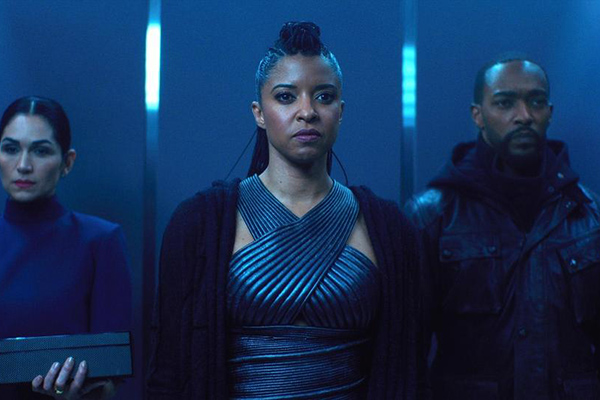 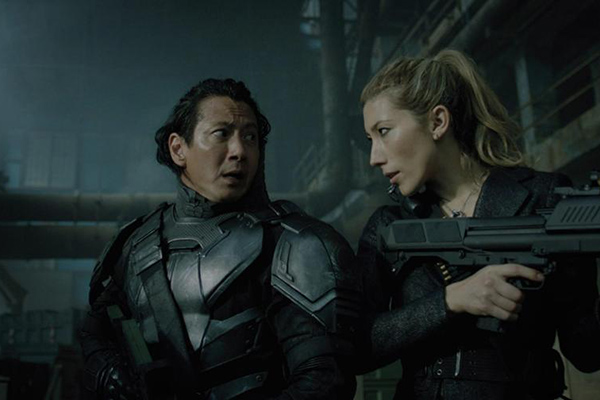 This show is just a mess. I've watched both seasons at this point but, honestly, even now I could barely tell you anything about them. Each time the show comes up I have to go back and refresh myself on what's going on (like I'm doing now so I can watch the prequel anime that was also, apparently released by Netflix). Details about the show stick out -- the sleeving technology, Mackie's performance, a great side character called "Poe" (Chris Conner) -- but none of these details are enough to carry the show on their own. The central arc of the series, such as it is, simply isn't compelling and the series still has yet to get me invested in the future setting, the war against the sleeving technology, or any other big concepts it wants me to care about.

What it really feels like, to me, is a Mad Libs of sci-fi concepts slapped together and then given a series on Netflix. Two seasons in the show still struggles to be interesting or relevant. Considering that Netflix has canceled better shows than this I have to wonder why it keeps coming back.