It's All Fake (Of Course)

I'm not a huge fan of wrestling. Okay, I'm not a huge fan of sports in general (aside from curling, and you can fight me over it if you hate curling), but professional wrestling is a different beast from that since, while it does require feats of athleticism I wouldn't really consider it a sport. I've had friends that have described it as a "Soap Opera for Men" (this despite the fact that plenty of women watch professional wrestling) and there's certainly merit to that argument. Pro wrestling is about the stories between the dudes (and ladies), the drama, the highs, the lows, and the confrontations between them, the latter of which takes place in the ring. 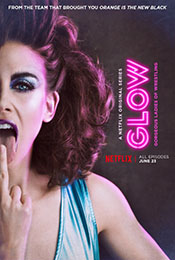 Of course, it's all scripted. That should not be a surprise to anyone: wrestling is fake and if you don't know that I'm sorry to break it to you. The athleticism involved is impressive, sure, but rarely does anything happen in the "sport" that isn't preplanned, pre-scripted, and choreographed. Wrestling is, essentially, a soap opera with muscle-dancing.

GLOW, the Netflix dramedy that recently dropped its second season, doesn't try to play it any differently. Inspired by the real "Gorgeous Ladies of Wrestling", GLOW tells the story (set in the 80s) of the formation of the ladies' wrestling league, its highs and lows, and the women behind the personas. There's no attempt to try and make wrestling seem any more real than it is (which is, basically, not at all). Our intro into the story comes from Ruth Wilder (Alison Brie), a down-on-her-luck, aspiring actress who just can't seem to land an acting part. She's also screwing the husband of her best friend (Betty Gilpin as Debbie Eagan), and when that all comes crashing down, she's essentially hits bottom and has to find some way to pull her life up again.

Following a lead for "GLOW", she shows up to auditions in a sketchy locale and finds out that the acting gig she thought she was applying for was, actually, a wrestling gig. Her decision to stick around and see where this whole production goes gives us the driving force for the pilot and the first season its overall backbone.

It's worth pointing out that none of the women that show up for this audition know they're about to do wrestling (well, maybe one or two have been clued in, but the majority are in the dark). So instead of a bunch of muscled-out women we have a diverse group of women, most of whom don't have the core strength needed to do actual wrestling. The first season, then, sees the women learn how to do what they're supposed to do while the league organizers (two hapless dudes that really shouldn't be in charge of anything) try and figure out how to get this whole production off the ground and onto TV. 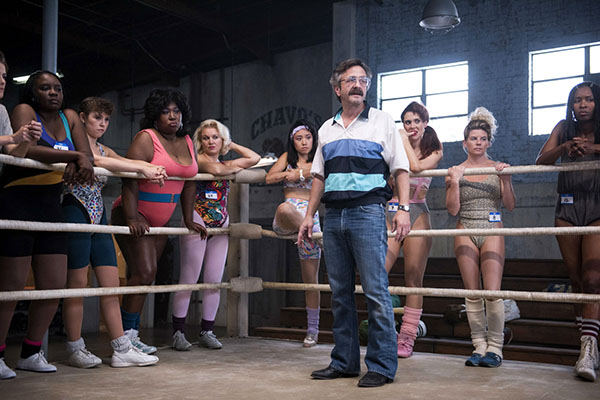 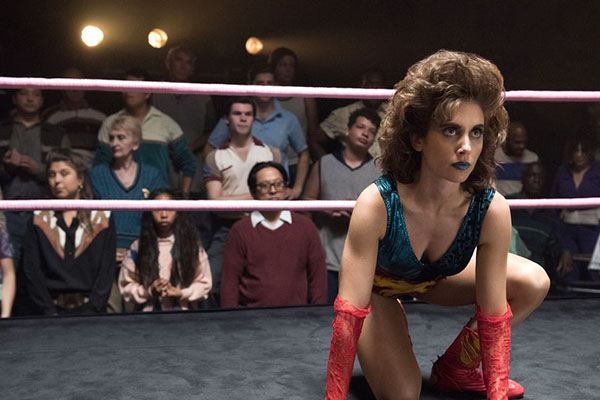 What I liked about the first season was how the show leaned into the ridiculous of wrestling. All of the women play over-the-top caricatures in the ring (from Ruth's Zoya the Destroya, a horrible Russian stereotype, to Debbie's Liberty Belle, the converse American stereotype). Maybe of the characters are horrible and racist and we see the women react poorly to their assigned characters. However, the show plays it smart, setting the series during the 1980s (which is realistic to the time period for the actual league this show was inspired by) when these kinds of stereotypes were common in wrestling (I assume we've improved since then but I'm also not going to go watch wrestling to find out). We can view the awful characters being played in the ring from enough distance to go, "hey, this was terrible, so why did we allow it?" (You know, essentially how Mad Men played it.)

What's impressive is how the show is able, over the course of two seasons, the build storylines for all the ladies and make them all into real characters despite the relatively short runtime of the episodes (around 30 minutes each) and length of the season (10 episodes a season). The fact that with two lead ladies (Zoya and Belle) getting regular storylines the show is still able to focus on the other characters is impressive. That said, second season does double-down on the main stories of the lead characters, focusing more on the conflict between Ruth and Debbie. There are a couple of solid episodes that break the mold, like a middle-season story focusing on Tammé "The Welfare Queen" Dawson (Kia Stevens), but much of the focus is on Ruth (trying to build herself up again) and Debbie (who's having her own post-divorce trip to rock bottom) and the interaction between the two and both of them butting heads with the men that are putting on the show.

Too much focus on the core characters is a minor quibble, though, when you have great actresses in the lead. I started watching the show because of Alison Brie -- I followed her over from Community which she was great on (and that show is much the same reason why I've watched Atlanta for Donald Glover, Powerless for Danny Pudi, and The Joel McHale Show with Joel McHale for, naturally, Joel McHale) -- and, of course, Brie is great here, too. She invests Ruth with raw need, the desire to be liked and to have a project that actually fulfills her. Her performance brings the whole show together, gives you someone to invest in among all the antics and weird characters that come floating in and out of the league.

Betty Gilpin is good as Debbie, but she's no match for Brie. Her plotline should resonate and we should feel for her the way we feel for Ruth (especially since Ruth wronged her). However, especially by second season, Debbie ends up coming off as a "hell" (to use the wrestling term), the bad guy in her interactions with Ruth (who you can't help by like) and this drags down her character some. I don't think Gilpin sells the emotions the way she should so what could be raw intensity in her performance comes off flat, leaving us with less of an emotional investment. 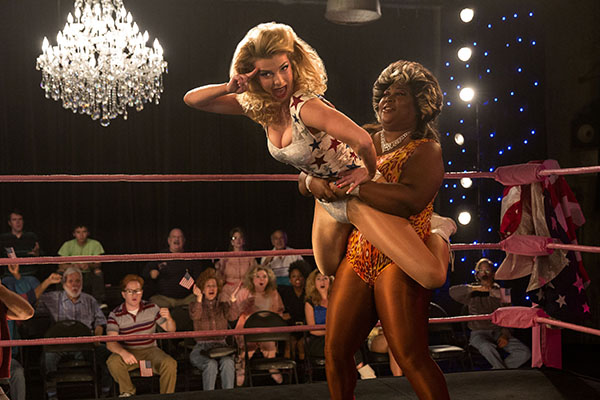 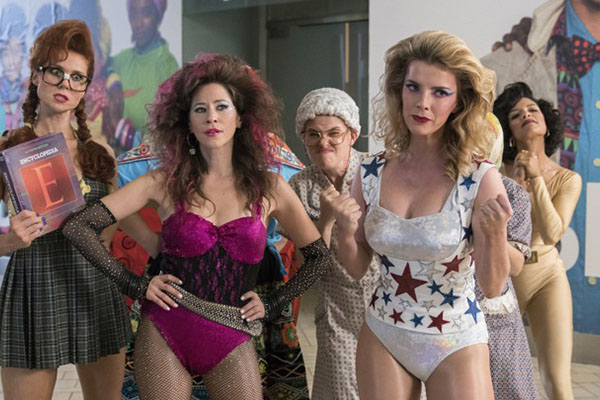 Still, over all the show is great. Minor quibbles for any show are expected, and with the third season eventually come out and taking the show in a new direction, everything about GLOW could change. So long as they keep the core weirdness guided by Alison Brie, though, any change will be great.