The Town is the Town

Once a year now a new season of Letterkenny comes out and, when it does, I have to sit and think about just what it is I want from Letterkenny. I know I've said this before, but when the show premiered it felt like we were getting brought not just into the lives of these character but also watching them as they were on the cusp of pushing themselves forward. They were a group of twenty-somethings, on their own, trying to define who they would be in the next stage of their life. Love, work, adulthood. This was all part of the characters as they sat around, cracked jokes, and acted like hick versions of people from Kevin SmithConsidering where he came from, working as a clerk in a convenience store, it's pretty impressive that (for at least a little while) Kevin Smith became a defining cinematic voice of a generation. films. 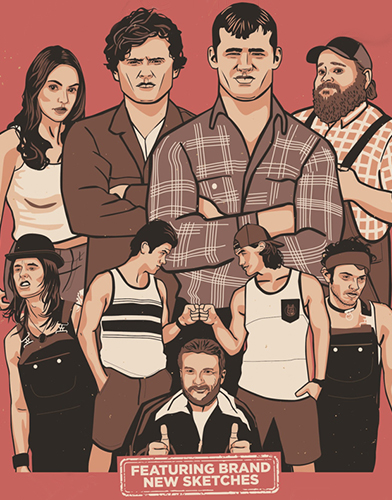 As noted, that version of the Letterkenny characters was dumped on the wayside at the end of Season 7. That was the point where Wayne discovers that his fiancee, Marie-Frederique, was cheating on him. After that, it felt like the show pulled back from pushing its characters forward. Instead of letting them grow and evolve, the world of Letterkenny became more insular. The character retreated from their arcs and started becoming default sitcom characters. They each had their catchphrases, their singular traits, and they stopped doing anything that would make them more evolved people.

For a few seasons now I've been disappointed because the show I liked, that show that for seven seasons seemed to be reaching for something more, retreated. It became, in short, a normal sitcom. Any show that runs for long enough is going to run into that issue, the urge to just go with what works, what the audience wants, just to get laughs. Characters become dumber, shallower, less interesting. That was the trend on Letterkenny and it was sad to see. Even now, in Season 11, the show hadn't really recaptured it's previous magic. This is not the Letterkenny of the early seasons, and it never will be again. But now, it's its later life, it does at least feel like it's finding something funny to do with itself.

Make no mistake, Season 11 of Letterkenny is practically a parody of what the show used to be. Wayne is curmudgeon, Daryl is dumb, Squirrelly Dan talks funny, and Katy is a babe. Oh, and once a season they have a fight with some bad dudes. None of them step outside these single note definitions of themselves, and that extends, really, towards all the other characters on the show as well. Take the case of Bonnie McMurray, who has so little to do at this point besides be a babe that she could have easily been swapped out for Katy in basically any of her appearances. Of there's Mrs. McMurray who's one defining trait has been that she's a drunken swinger, to the point where now all her lines are done in a completely sloshed slur. These aren't real characters anymore, at all.

Other times the characters do things so far outside the norm for themselves that you have to wonder if the show even knows who they are. In one episode this season, the Bake Sale funds from the town church are stolen. All the likely suspects are gathered together by pastor Glen, but none of them really are suspects because none of them would have any reason to steal. We know this about their characters, after 11 seasons, but the show acts like this is some big revelation. And then, into this case walks Stewart and Roald of the skids, with Stewart acting the part of Hercule Poirot. Him arriving as some low-rent version of an Agatha Christie character, just because he likes detective stories, feels so out of line for him that I just couldn't even invest in the story at all. Stewart wants to solve a case, when that's the last thing this burn out drug deal would even consider? For the church? Yes, the twist at the end justifies it, but that's too little too late by that point. In just doesn't work. 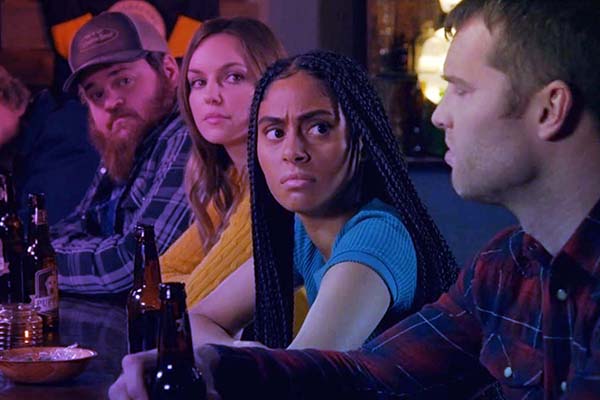 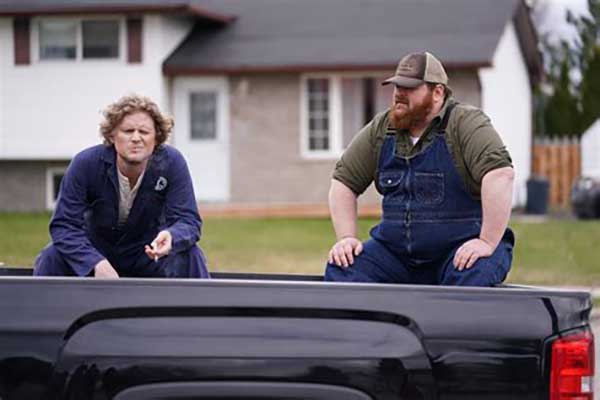 Where the show does work is when it just leans in and lets the characters be goofy. Funny episodes include "Chips", where the whole town comes together to discuss new potato chip flavors, "Nudes", with the girls tracking down who leaked naked pictures of Gale, "Influenzas", as the town deals with a rash of influences coming around to take photos of their "quaint" area, and "Degens", which is a continuation of the story threads started back in the first seasons of the show. None of these episodes knock anything out of the park, but the characters say funny things and act goofy, making them tolerable to watch.

There are issues like this throughout the season. The A-plot of "Okoya" is about that stolen church money and Stewart the (less than) master detective. The B-plot is funny enough, though, with Wayne and Dan talking shit about this show's version of IKEA furniture (the titular Okoya). And yet, the guys also harass the Okoya workers after they arrive, being mean spirited in a way these guys wouldn't have been in previous years. The show thinks its funny for them to go on and on about how crappy the furniture is what talking shit at these workers, but it just goes on for way too long. "Lost Dog" has a story about finding a lost dog and all the ways you need to get the dog to trust you again, but none of the jokes for this (which go on and on) really land. It just wastes a lot of time for little payoff.

That is where the show consistently stumbles, and has for a few years now. Without any way to push these characters forward (which the show can't do at this point because then the show would evolve past Letterkenny, ushering in its own end) all it can do is run the characters through the same kinds of scenarios over and over again, stretching jokes out longer and longer until they lose all humor. There are plenty of funny moments in this season, but it's not anywhere near the laugh-out-loud style of the early seasons of the show. Letterkenny changed, and while this season was more tolerable than the last few, it is in no way as good as it used to be. It's a hollow version of itself. 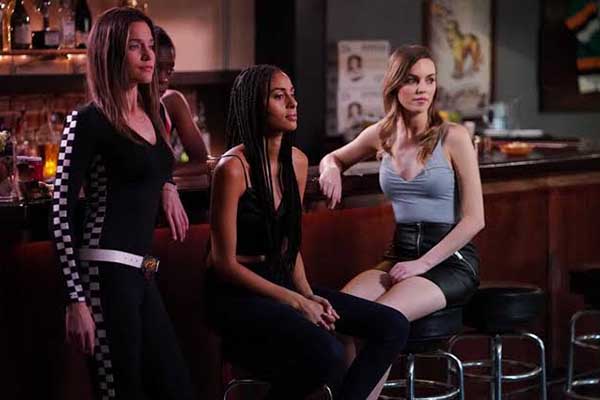 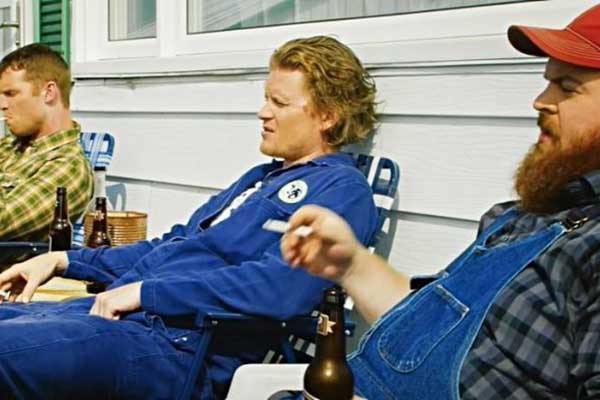 At a certain point the creators realized they either had to let the characters evolve, moving beyond the bounds of Letterkenny, which could have meant this show would end at that point, or they could remain trapped here forever. The team decided to keep the show insular, forcing Wayne, Dan, Daryl, and Katy to be stuck on this one farm forever. That's the show they want to make, and Crave (and Hulu) keep airing it, so clearly they're still making money from the show. It's working, in a sense, as a means to make money, but from a creative standpoint the show is long past its prime.

If you like the current iteration of Letterkenny, as exemplified by Season 11, then that's fine. This is a dumb and goofy show with silly characters doing the same things over and over, just like every standard sitcom out there. Sitcoms are comfort food and people tune in to watch that familiar vibe. Letterkenny has that in spades. We all have to acknowledge, though, that this is not the show of the first few seasons and it would be stupid to expect anything else at this point. This season barely works, being just amusing enough to get me through the six episodes that make up its length. It's not a season of television that I will ever recommend. The days of my praising Letterkenny are over.