I think, when it comes to Letterkenny, it's time to admit defeat. This show, which aired it's tenth season in December of last year (with its accompanying holiday special in March, 2022), has been running on fumes for some time. Every once in a while it manages to find a little of its old energy, just a bit of spark that shows the show like it used to be, but, frankly, I think we all need to admit this is a show that probably should have wrapped up its run five or so seasons back as everything since then has just been more of the same, over and over again. 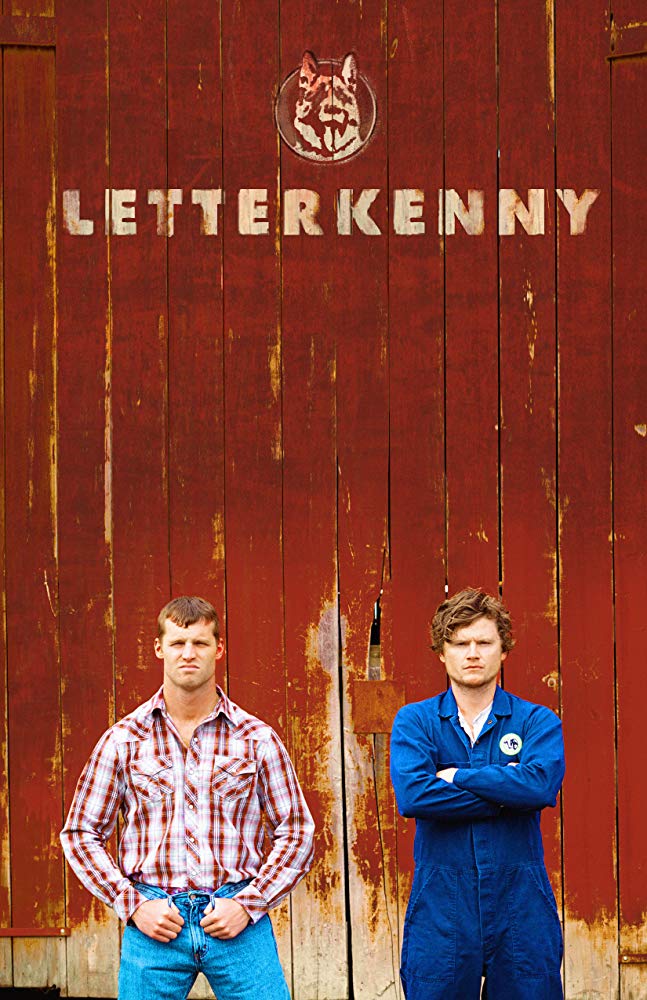 Out of curiosity, before watching the tenth season (and then, after watching it, forgetting I had because... well, we'll get to that), I went back and watched the first couple of seasons to see if I was remembering Letterkenny properly. The difference really is night and day. While the show was crass and crude even then (that's part of it's charm), it's fast-talking characters got a lot to do, had a lot to say, and it felt like there was energy to the series. It was going somewhere, even if that was just to the Modeans down the street, and it seemed like the show really had something to say.

It helps that the early seasons of the show got a lot of mileage out of slowly building the series, introducing characters and letting them grown organically into the setting. Each new location, new character, new idea added to the tapestry of Letterkenny, making the show feel lived in. Plus, it helped the show find energy and drive. We got to see these characters as they ventured out of their comforting little town to see more of what Canada had to offer and, in the process, maybe grow a little themselves.

Creatively the show reached its peak with season six as the characters all seemed to be heading off to new lives, finding love with the promise of a new future. The issues start with season seven as the series elects to push the characters back into their comfort zones, abandoning any sense that it was evolving the characters even as it started reusing ideas over and over again. At a certain point it starts being sad watching these mid-30-sometimes continue to act like they're in the twenties with no sense that they're ever going to change.

That's the issue I've had with the recent seasons and season ten doesn't do anything to change that. If anything it simply doubles-down even harder on the basics of the show, constantly beating jokes as the actors slowly age and nothing else changes. Don't get me wrong, the humor on the show has always had a repetitive quality to it as the characters come up with ideas and then everyone else in their friend group riffs on it, tasting the ideas before coming up with their own versions. That quality works when its in service of something. Letterkenny, though, is in service of nothing, so like an Austin Powers gag reused for the eighth time, everything just feels quite stale. 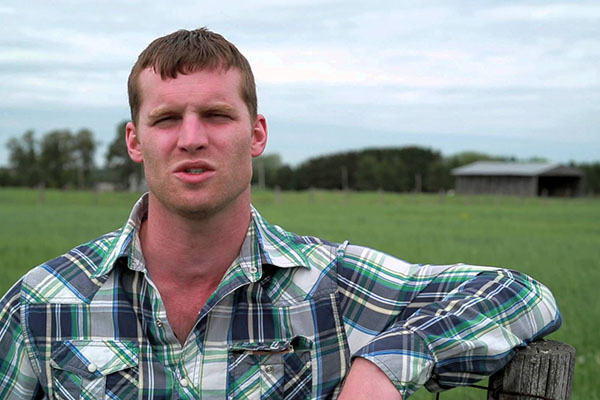 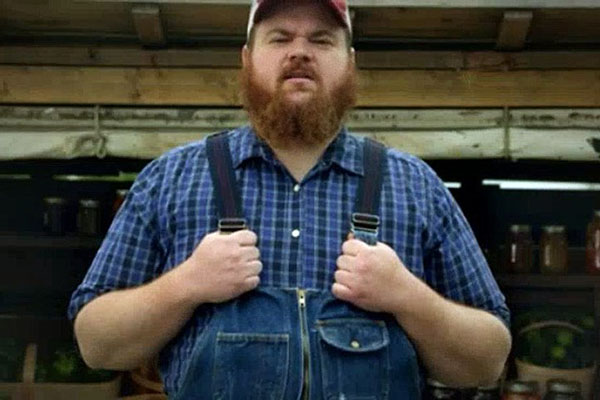 Looking at the characters it's hard to see how any of them have changed or evolved this season at all. Wayne (Jared Keeso) has basically been stuck in amber since he broke up with Mary Fred four seasons ago. He got back together with ex-girlfriend Rosie in season eight and the two have been locked in their comfort zone ever since, never actually moving forward, just clinging to each other because there's no one better. Contrast that with Wayne and Mary Fred, who actually seemed like thy were driving each other forward. Sure, at the end of season six she was caught cheating on him (kissing), and the show used that as a way to simply cut her out of the show. What could have raised an interesting plot line for both of them instead wrote her out almost entirely.

Wore are the rest of the cast of characters who essentially don't do anything at all this season. Nathan Dales's Daryl and K. Trevor Wilson's Squirrelly Dan are just there to sit with Wayne and riff on whatever the show has come up with hat episode, but they don't do anything else at all. Meanwhile, Katy (Michelle Mylett) shows up even less and doesn't really get to be a good part of the show at all. She used to be a core member but it feels like she's absolutely superfluous now, a glorified extra when she was the fourth lead, which speaks a lot to the show simply not knowing what to do with anyone in the cast.

There are some episodes this season that were decent. "Dyck Meat" is amusing for all the ways it manages to make a barbeque dirty, although it does go on long enough that it feels like an Austin Powers sketch that really needed to be culled some in the editing room. Meanwhile "Prostate" basically acts as an amusing PSA for getting a prostate exam, a wise idea that isn't as funny as it could have been in the right hands. Still, the message was appreciated (especially when the girls in town get on the guys for not doing something so simple when the ladies have it much, much worse in their own exams). Neither of these episodes reach the heights of earlier seasons but they do elicit some chuckles.

And I think that's my biggest issue with the series at this point: it's simply not funny, not like it used to be. At one point I equated Letterkenny to the early works of Kevin Smith; it was crass, it was funny, and it had no fear letting its characters talk, at high speeds, about whatever the writers came up with. But, like Kevin Smith's works, once the show ran out of things to say it got progressively sillier, dumber, and less amusing with every passing year. At this point the show is very much in its late period and you simply have to ask when will the creators realize it and let the show end gracefully (not any time soon as production has begun on season eleven). 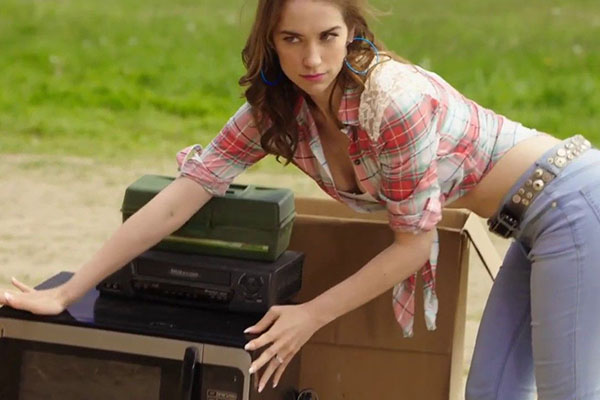 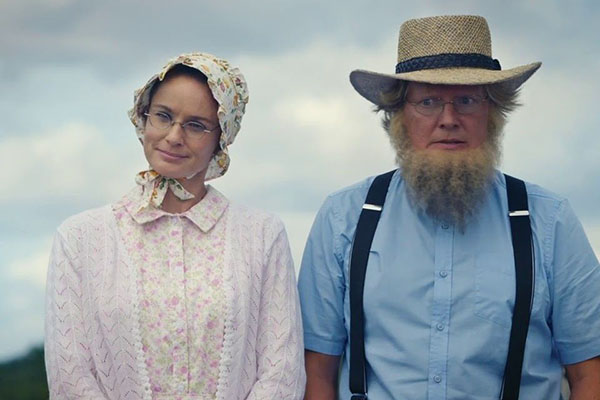 The show isn't talked about like it used to be. I don't see posts Online extolling its virtues, and memes from the show pop up less and less often. Maybe the franchise will gain some juice when spin-off Shoresy airs, although I wouldn't hold my breath on that one. (Anyone remember the awful Littlekenny?) For now we're left with a zombie of a series that realistically should have gone out long, long ago. Maybe one day we'll see the end and fans can remember the good old days of how it used to be.

For me, though, I think I'm done with Letterkenny. If and when the end of the series is announced I'll check back then to see how it all ended, but until that point I just don't want to spend another pointless season in the town. I chose to remember the show like it was in its early seasons, when was fresh and funny and all so crude. Maybe it'll find that energy once more, but I'm not going to stick around to find out.